Amidst the Ebola Virus Outbreak, ADRA Works to Ensure Malnourished Children Are Fed

Amidst the Ebola Virus Outbreak, ADRA Works to Ensure Malnourished Children Are Fed 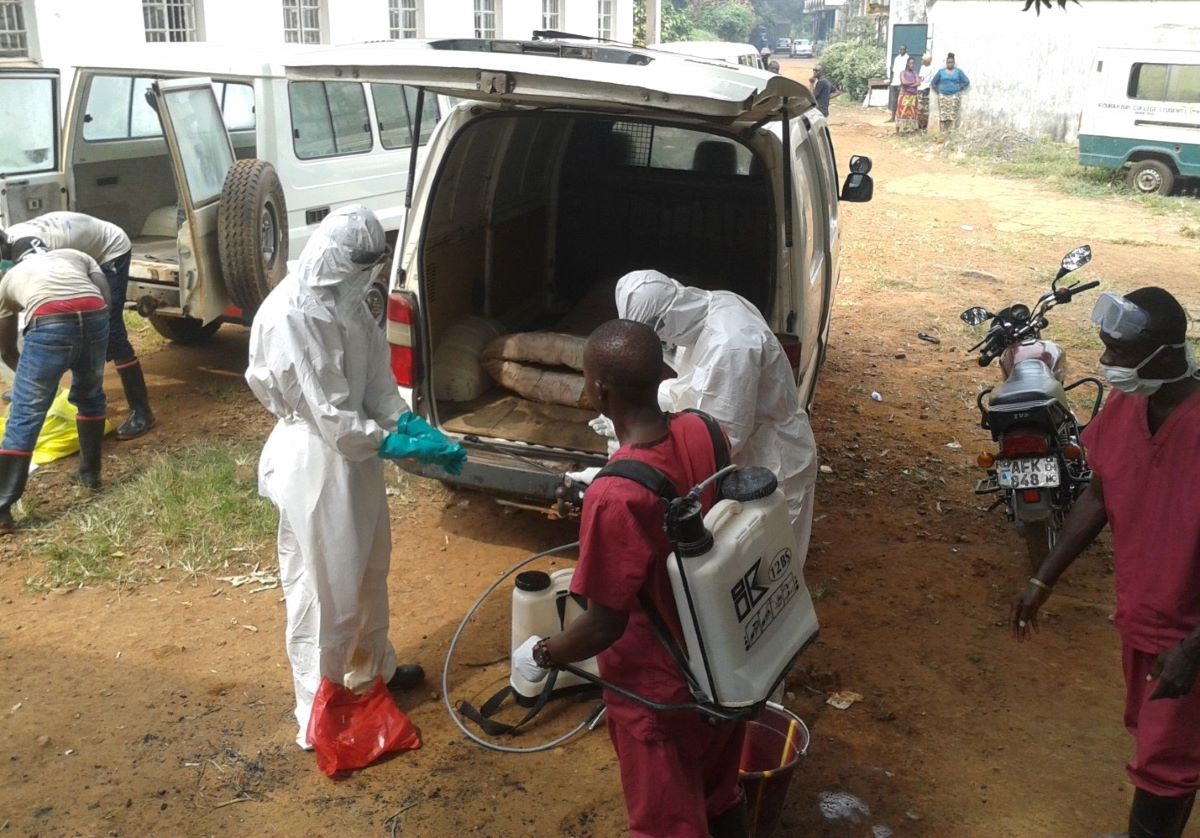 ADRA has been working in the Democratic Republic of Congo (DRC) since 1984. From that time, the team has responded to the Ebola virus disease that struck the country ten times. The most recent outbreak, which began since August 2018, has reportedly been the longest lasting and second biggest outbreak to strike the country.

ADRA has been providing support through clean water, sanitation and hygiene best practices. The most vulnerable of the population who face dire needs during the epidemic are children and women, whom ADRA has been committed to serving.

By August 2019, the DRC, unless contained, will declare that the Ebola epidemic has lasted one year since treatment of the first case.

The World Health Organization (WHO), a specialized agency of the United Nations that is concerned with international public health, made the official call that the Ebola disease in the DRC had become a global health crisis, and additional humanitarian aid was needed to contain the virus.

Since the outbreak, there have been more than 1,700 confirmed deaths, more than 2,500 people infected, and 17,000 people in question who may have been in contact with the virus.

Vaccinations, according to the WHO, help minimize the spread or exposure of the disease, but thanks to ongoing conflict and community resistance in part because of poverty, misinformation, cultural practices, and marginalization, the outbreak has posed a challenge for frontline workers to contain.

In total, more than 1,000 people in Goma received vaccinations, and more than 163,000 people throughout the DRC have been vaccinated since August 2018.

In the province of Ituri, more than 300,000 people have reportedly been internally displaced, meaning children, mothers, and fathers were forced to flee their homes because of conflict but remain within their country’s borders. This makes it hard for aid workers to track people who are quarantined. There have also been reports of armed rebel forces clashing with local authorities and health units to provide help to those in need.

ADRA in the DRC has sub-offices in 17 provinces around the country—at least six in North Kivu and Ituri—and is currently partnering with other humanitarian organizations and local authorities to implement a food for work program to help the communities most affected by the epidemic.

“Our top priority is to work with community leaders to help us build trust and engage with the communities. We want to bridge any gaps in care so we can offer humanitarian assistance,” says Mario Oliveira, emergency response director for ADRA.

Presently, ADRA has developed a child feeding program with help from UNICEF to work in healthcare zones of Katwa, Butembo, Beni, Mabalako, and Oicha in North Kivu province.

“The main objective of this emergency response is to reduce the risk of malnutrition among children age 26 months and younger, pregnant and lactating women affected by the Ebola virus disease,” says Oliveira.

The project, according to ADRA in DRC, would include:

•  establishing maternal breastfeeding corners in treatment centers and health centers for children two-years-old and younger who are deprived of breastmilk should the mother get sick and be hospitalized,

•  training psychosocial and nutrition assistants, including ADRA staff on emergency feeding of infants and young children,

•  and, creating awareness of risk factors and preventative measures of the Ebola virus to communities.

Through their efforts, ADRA to date, has reached more than 170,000 beneficiaries through prevention, WASH, and community mobilization activities. More work Oliveira believes is needed to be done to contain the virus.

“The Ebola outbreak will eventually be contained, but hopefully soon before it gets much worse and does not spread across any other borders,” Oliveira says.

ADRA is networking and coordinating with partners on the ground to seek out additional opportunities to help fight the spread of the disease.

About ADRA: The Adventist Development and Relief Agency (ADRA) is the humanitarian arm of the Seventh-day Adventist Church. Its work empowers communities and changes lives around the globe by providing sustainable community development and disaster relief. For more information, visit ADRA.org.

This article was written by Kimi-Roux James and  originally appeared on the ADRA website.