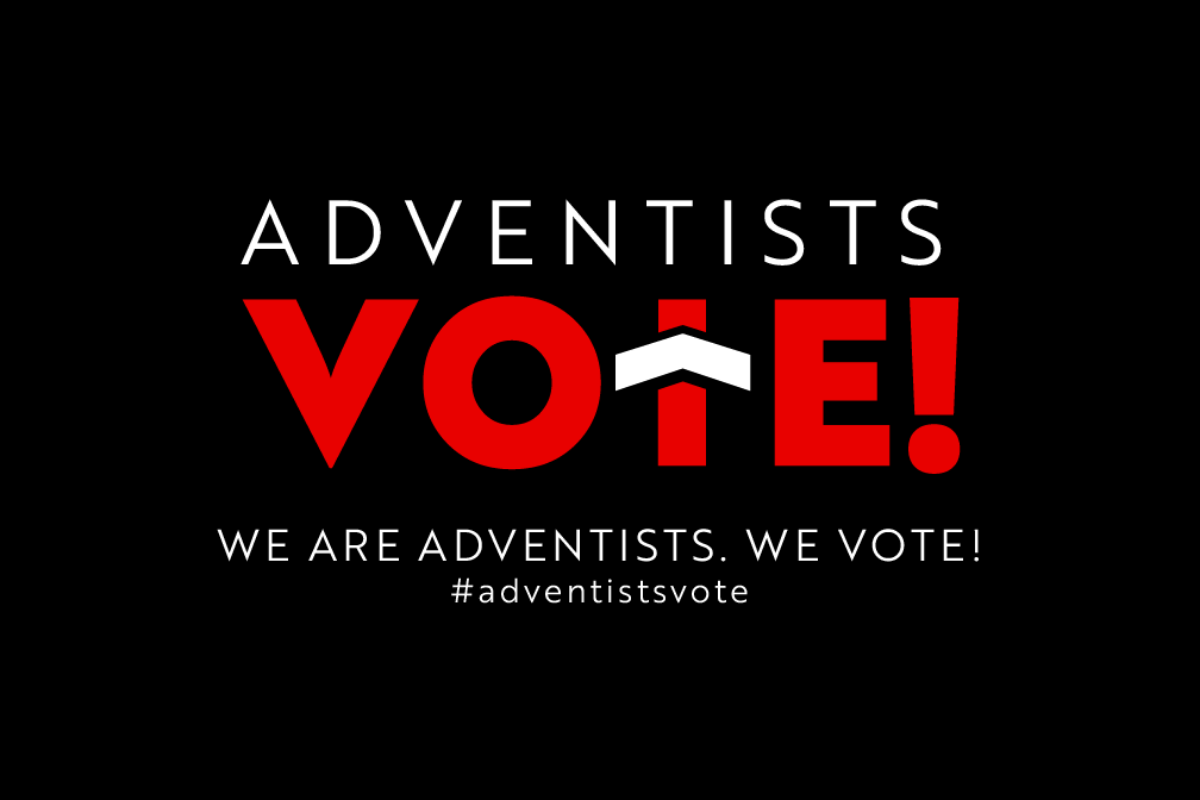 Adventists Vote! — a new campaign to engage Adventists in politics and social issues — was initiated on November 8 at the 4th annual conference of the Adventists for Social Justice (ASJ) and on social media with the hashtag #AdventistsVote. Campaign Chair Dr. William Ellis, Professor of Political Studies at Washington Adventist University, presented the call-to-action alongside Tiffany Llewellyn, Founder and President of ASJ. Ellis said:

“There are critical issues facing the U.S. The doorways to higher education are closing with crushing student loan debt, citizens of color regularly murdered by ill-tempered and racist police, our system of justice has led to the mass incarceration of many Americans, especially African Americans and Latinos. We are plagued by drug abuse, homelessness, and a host of other problems. It is impossible to deal decisively with these challenges one way or the other with assurance that it represents the American people if we do not vote. All of us should vote, including those of us in the Adventist community.”

The campaign goal is to strongly motivate people of Adventist faith to engage in the political process to assure that all Americans are represented in our elective offices. Adventists have a long history of participation in the issues of their day from antislavery, to prohibition and health reform, to the women’s movement. In honoring these legacies, it is hoped that many thousands will register to vote, vote, and get others to vote. For more information about Adventists Vote! use the hashtag #AdventistsVote.

Bethany Sheridan is the Social Media Coordinator for Adventists Vote! A Social Work major and a member of the Honors College at Washington Adventist University. Logo by Nicholas Cunningham, WAU Class of 2021.

This press release and logo were provided by the AdventistsVote! team for distribution.