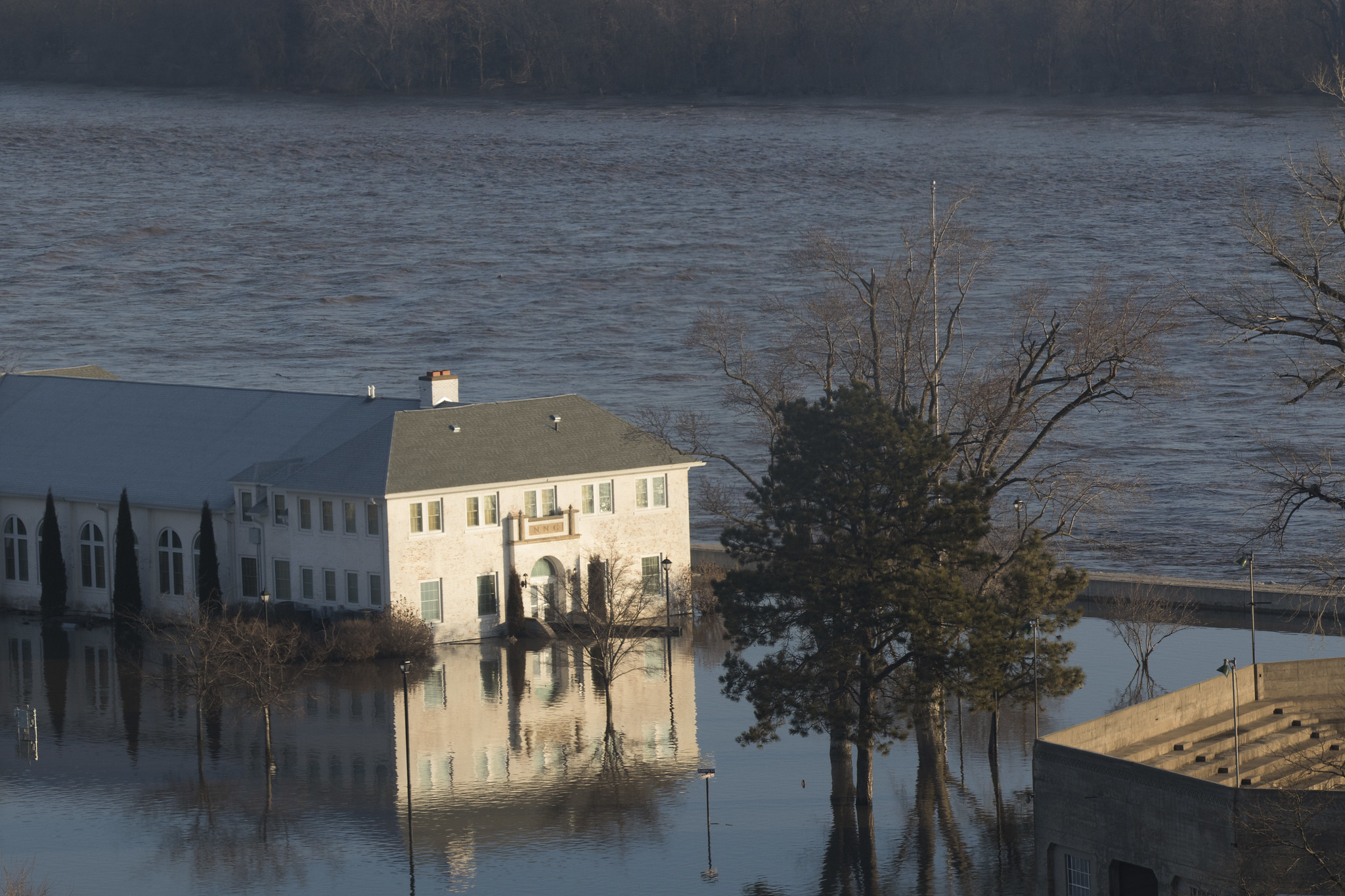 Nebraska Students at Skyview Learning SDA Academy Help Flood Victims. Students at Skyview Learning Academy, a Seventh-day Adventists elementary school in Douglas, Nebraska, put flyers under windshields at a Walmart and other big box stores to collect goods for Lynch, nearly 250 miles away. In one eight-hour stint, they had collected enough to fill a semitrailer. This corner of the state is a microcosm of how Nebraskans have rallied in the face of the state’s most pervasive flooding in memory. In the ensuing days, outside help began to pour in. “It just came in waves,” says one of two volunteers at the Lynch Community Center, where tables of donated goods are piled up, from cans of food on tables to bleach and gloves and buckets around the sides. One of the first trucks to arrive was from Orphan Grain Train, a nonprofit volunteer network based in Norfolk, which delivered 40 pallets of bottled drinking water to Spencer and Lynch. Someone delivered portable toilets. “It’s amazing the things people thought of donating,” says Jane Nelson, a volunteer emergency medical technician. She gets choked up thinking about the underwear, cleaning supplies, gloves, and other donations the community received. From The Christian Monitor Daily, “When dam burst, here’s how one Nebraska town fought the floods.”

Pacific Union College Student Finalist in International Photography Competition. Sony has unveiled the incredible pictures taken by student photographers who are bidding to scoop the world's best picture prize. Students from all registered universities are given the chance to enter the free competition by submitting between three and five images per institution. Finalist Sam Delaware from Pacific Union College, California, created “Dissonance.” Sam said it “is a visual exploration of the space between preconceived ideas and physical reality.” Taken in Northern California, this series reflects a search for belonging in a landscape of concrete and shifting national identity. From the shortlist, Sam and nine other students were selected and given a second and final challenge where they have to send between five and ten further images. The finalists are all given Sony Digital Imaging equipment and will be flown to London for the Sony World Photography Awards ceremony on April 17. Comprising of four judging categories Professional, Open, Student, and Youth, the competition attracted more than 327,000 entries from photographers across the world this year alone. The winner of the competition will receive $25,000 worth of Sony photography equipment for his/her university. From Daily Mail, “Imagine how good they'll be when they graduate! Top student snappers bid for world's best picture prize.”

Georgia Adventist Church Starts Community Garden. Joshua Nelson, the pastor at Emanuel Seventh-day Adventist Church, along with community helpers, started the groundwork for the “Hope Garden” at the Albany, Georgia, church. “The biggest thing for me, because I am a Seventh-day Adventist, was health, diet and exercise,” Nelson said. “I felt like, within this area in the South, there is so much death and sickness due to unhealthy diets. For the first time at ESDAC, I arranged four funerals within the span of a few weeks because of health-related things that could have been prevented through diet and exercise.” Nelson, Sherrell Byrd, Fredando “Farmer Fredo” Jackson, and Linda Harris, jointly came up with the idea to start a community garden in October. “The passion came from east Albany with the desire to revitalize this area to ensure economic growth and stability,” Nelson said. “We wanted to show our faith in the community by doing something that would positively affect the area,” Nelson said. “We began to pray, investigate, research, and put together a group called the ‘Hope Team,’ a multidenominational group of people who come together to study and pray for the area. Anyone can be a part of it.”

The Hope Team determined that the community will be brought together through work on the garden in making a positive impact on the community. “There is talk about health care like ObamaCare, TrumpCare, yet we can do GodCare.” Nelson said. “We can eat from the foods that God has given us. What better way to assist my community — with eating, but also their health — than to build a garden?” Frederick Wells, a deacon at ESDAC, noted that there are concerns with parts of Albany being in a food desert. “I like to call it teaching people how to eat a rainbow,” Jackson said. “If we are able to consume different colors and different varieties, then they add extra nutrients to our body. Making food more accessible for people and putting it into an environment where they can consume it, we are teaching people that they themselves have the power to change their living, whether it is a blueberry and a grape helping with building antioxidants, greens helping with iron intake, or tomatoes and strawberries helping with blood sugar levels. From Albany Herald, “Hope Garden plants a new seed.”