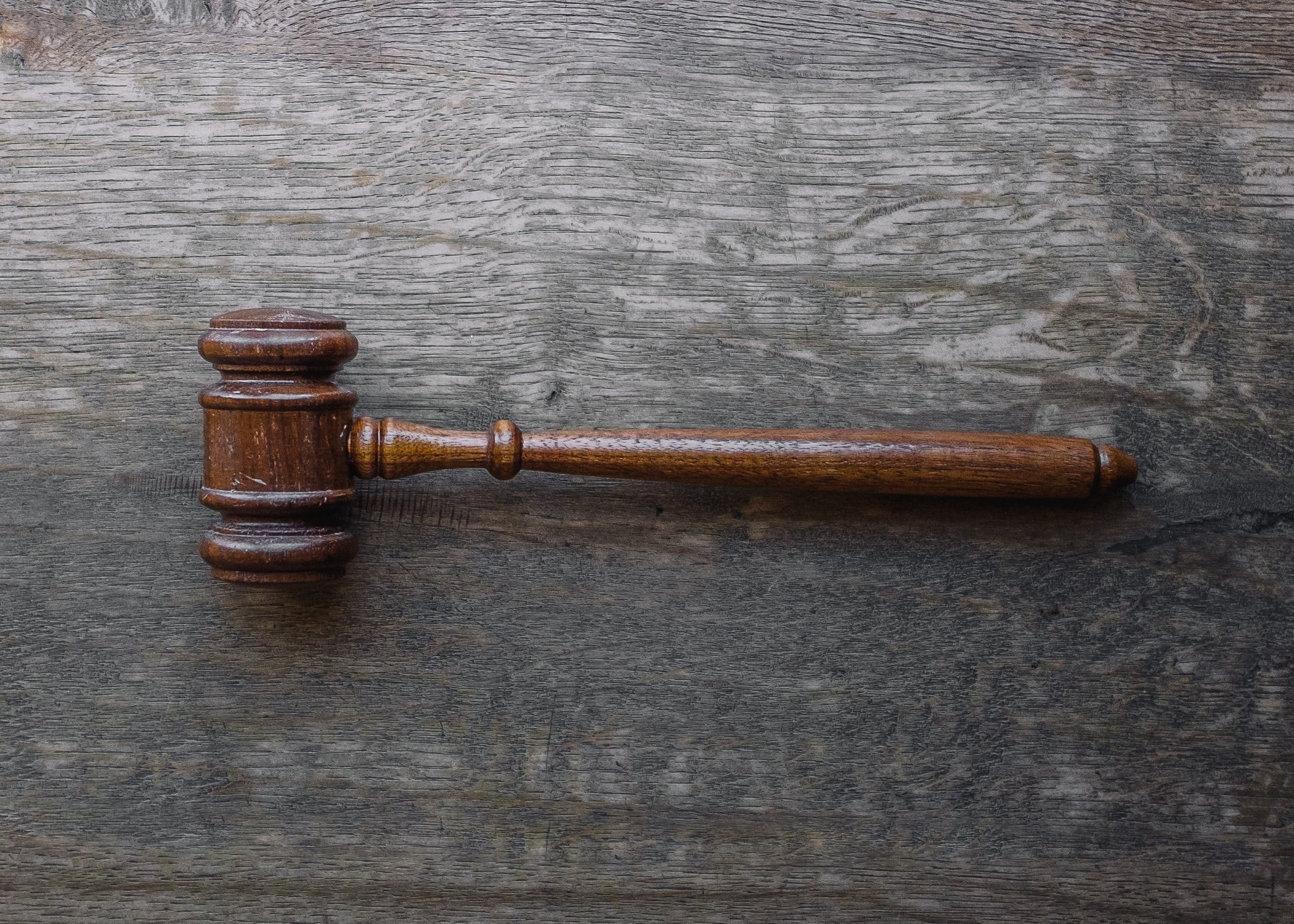 In this week’s news round-up, an Adventist security guard sues his former employer for religious discrimination, an Adventist composer’s biblically-themed piece garners praise in Boston, Loma Linda University Children’s Hospital recognized for its dedication to mental health care, and a new Adventist high school is being developed on the campus of Burman University.

SDA Security Guard Sues Employer for Religious Discrimination. Security guard Luis Lomeli is suing his former employer, saying he was forced to resign from his job at a Wilshire District high-rise because his company would not accommodate his request to have Friday night and Saturday off to worship as a Seventh-day Adventist. The allegations include religious discrimination, failure to prevent discrimination and harassment, and wrongful constructive termination. The suit seeks unspecified damages. Lomeli was hired as a guard by the firm in 2009 and assigned to work. In 2017, he converted to the Seventh-day Adventist faith and worships at a church in Yucaipa, California, according to the suit.

Lomeli, who was working a Wednesday through Sunday shift, asked his employer in January 2018 if he could change his schedule to have Friday evenings and Saturdays off to observe the Sabbath, the suit states. He submitted letters from pastors in February and April 2018 in support of his request, according to the complaint. The company’s human resources manager allegedly promised she would have a response the next day, but no answer came.

The firm’s human resources and operations managers met with Lomeli in June 2018 to discuss his request. The plaintiff suggested three options, including one in which a co-worker had offered to trade schedules to allow Lomeli to have Friday nights and Saturdays off, the suit states. Months passed and no changes were made in Lomeli’s schedule, so he sought an interview for another position, but he was not cleared for that opportunity, the suit states, further alleging that his supervisor began to harass him and mock him for his faith. On Friday nights, the supervisor allegedly demeaned Lomeli, saying he was committing blasphemy by working during that time and jokingly said it was punishable by death. The boss also ordered Lomeli to clean the restroom most of the time even though there was supposed to be a rotation of guards doing so, the suit states. From mynewsLA.com, “Guard Says He Was Forced to Work on the Seventh-Day Adventist Sabbath.”

Adventist Composer’s Biblically-themed Piece Wins Praise in Boston Performance. James Lee III’s Sukkot Through Orion’s Nebula got its Boston Symphony Orchestra premiere recently. Lee, a Seventh-day Adventist and a former Composition Fellow at Tanglewood, got the evening off to a jubilant start with his Book of Revelation inspiration, according to the review by Jeffrey Gantz. Sukkot Through Orion’s Nebula was better received than many contemporary pieces, but it was the entrance of the composer himself that brought the audience to its feet, and then he was called back for a second bow. It cannot be often that an African-American composer gets to take bows on the Symphony Hall stage.

In his extensive essay, Lee explains that “the work is loosely constructed in a ternary form of seven small sections.” Listeners are meant to hear “reminiscences of the Feast of Trumpets (Rosh Hashanah) and the Day of Atonement (Yom Kippur)” in the snare and bass drums, and then the French horns imitating the call of the shofar. God’s advent is greeted with dancing, after which the Messiah descends from Orion Nebula followed by the New Jerusalem. The shofar theme is heard again, and the celebration rises to a call-and-response climax. Sukkot through Orion’s was commissioned by the Sphinx Organization of Detroit and premiered by Michael Tilson Thomas and the New World Symphony in Miami Beach in 2011. From The Boston Musical Intelligencer, “Sukkot, Shostakovich, & Smetana at Symphony.”

Loma Linda University Children’s Hospital Praised for Mental Health Care. Loma Linda University Children’s Hospital (LLUCH) in Loma Linda, California, is being recognized by HomeCare magazine for its mental health care. Trained professionals talk to patients about their feelings and emotions, actions just as necessary as surgery or a cast. The hospital has everything one might expect from a children’s hospital: playrooms with games of all kinds, special events, and staff and volunteers to spend time with the children.

LLUCH goes a step further, though. The hospital utilizes a large staff of specialists, assistants, and volunteers to love the children within their walls as much as they are willing to be loved. They take a genuine interest in each child — they learn their likes and dislikes, what music or movies cheer them up. The little things are just as important as the big ones to the child life department at LLUCH. The staff at LLUCH will come in on days off to be with a child before surgery or to bring in clothes for a child who didn’t have any.

The hospital also has round-the-clock child-life specialists available to talk about anything — whether with a child in the emergency room who is scared or a chronic patient processing deep issues. The specialists stay in touch with patients for their entire stay in the hospital. They provide 24/7 mental health care, giving children a safe space to talk, vent, question, and receive answers. They also run a school program so children can keep up with their class work, whether they are patients for a few days or a few months.

LLUCH takes an additional innovative approach for children learning to cope with grief or other mental scars. LLUCH’s Camp Good Grief is a free camp for children who have experienced a significant loss and need a safe place to learn to grieve. The camp is run by Dorothy Brooks, the hospital’s bereavement and community education specialist. What she has put together is nothing short of miraculous. Allowing children from all walks of life to get to know other kids their age going through the same type of hurt and emotional pain is huge in and of itself.

Children attending Camp Good Grief learn how to grieve and cope with their feelings and emotions in a way that sets them up for a lifetime of success. The staff of health care professionals at Camp Good Grief are volunteers who show up to assist children and teenagers who are taking a huge step in their lives. Camp Good Grief and LLUCH are doing something special by treating the mental health of a future generation and teaching them the tools to deal with the grief they are experiencing in a healthy, sustainable way. From HomeCare, “Improving Children’s Lives With Listening & Love.”

“We are most excited for the opportunity to have a new school that is contemporary for the needs of the students and also the synergy that will be created by having the school on (Burman’s) campus, rather than having it off campus,” Werner said.

Currently Parkview Adventist Academy has 78 students, but Alberta Conference members are hoping the new facility would accommodate 120 students, along with facilities to add to their current online offerings. Werner said they could potentially offer a place for testing, administrative needs and recording classes for online.

The request for rezoning came after governance of Parkview Adventist Academy was handed over from Burman to the Alberta Conference, which has been happening for roughly two years.

Keith Richter, chief financial officer of the Alberta Conference of the Seventh-day Adventist Church, said the change in governance allows Burman to focus solely on post-secondary and the conference to manage secondary education. “We are working with Burman University on a transfer of ownership and assets, as well as certain funding for the school. In terms of building, because we are private, building will be solely our function,” Richter said. From Lacombe Express, “New high school planned for Burman University campus in Lacombe.”

Photo by Wesley Tingey on Unsplash