Adventist Forum Conference to Consider the Impact of Identities

Adventist Forum Conference to Consider the Impact of Identities 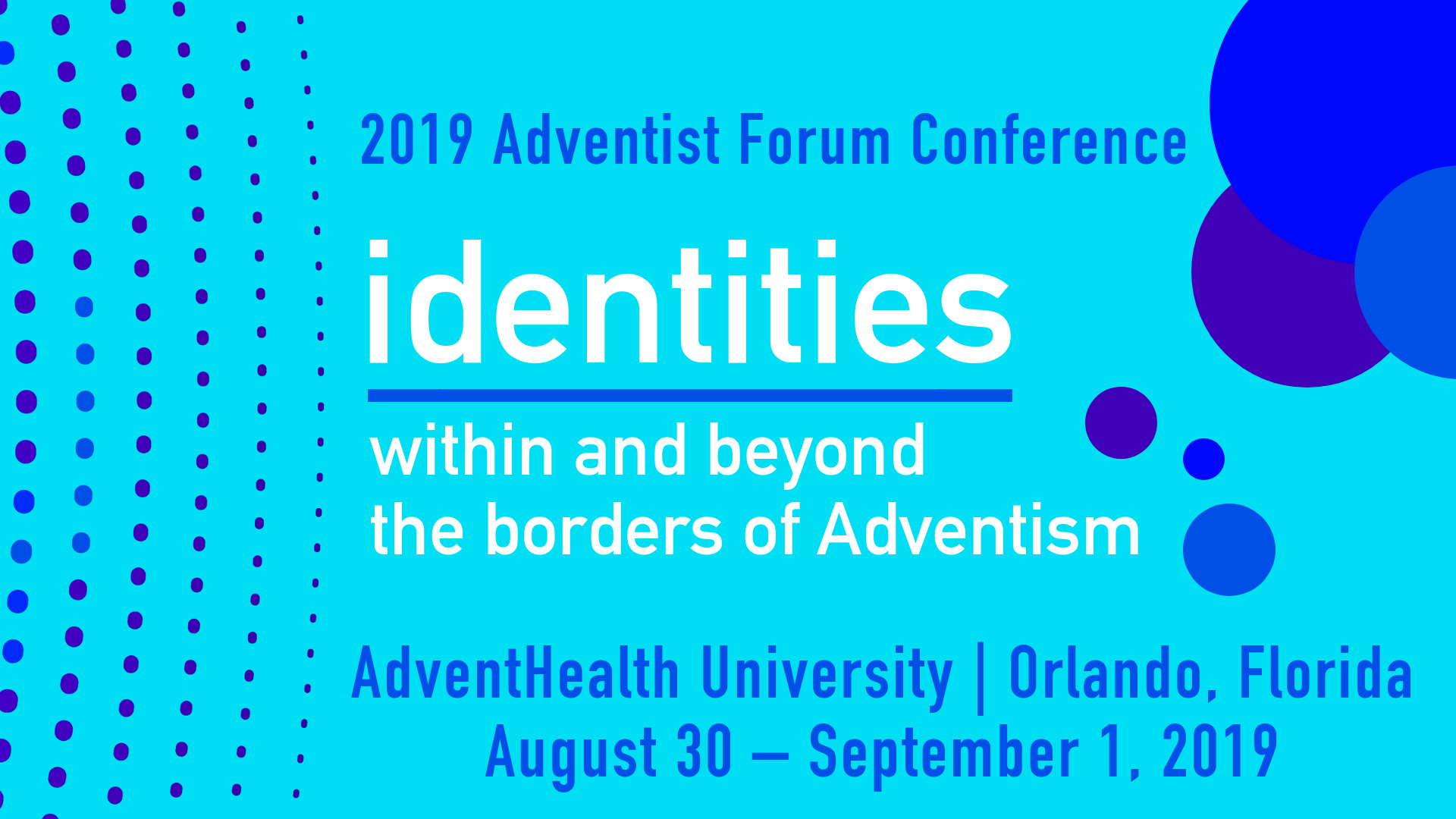 With Hurricane Dorian bearing down on Florida, we have decided to cancel the Adventist Forum Conference scheduled for this weekend. We plan to reschedule the same program for early in 2020. Look for more information on that in the coming weeks.

A discussion of identities — in and out of Adventism — will be the focus of the Adventist Forum Conference August 30 – September 1, 2019 in Orlando, Florida. Headlining the event will be a new generation of Adventist scholars and musicians, plus well-known experts who have pioneered work on Adventist identity: Gerald Winslow, Edwin Hernández, Michael Nixon, Vanessa Corredera, Miguel Mendez, and Nick Zork.

Winslow, director of the Center for Christian Bioethics at Loma Linda University, will open the conference Friday night, August 30. On General Conference committees, in health care institutions, and academic discussions, Winslow has helped Adventists develop a principled approach to issues such as abortion and personhood. He has been a bridge between administrators and academics, between clinicians and patients. No one knows the ins and outs of Adventist bioethical discussions better than Gerald Winslow.

Renowned musician Nicholas Zork will lead worship music for the conference. At the Church of the Advent Hope In New York City, Zork is the minister of worship and the arts. A songwriter, music director, and teacher, he also has an MA and PhD in Theology from Fuller Theological Seminary. Zork directs the Andrews University Music and Worship Conference that he helped to start in 2004. Now an annual event, it regularly features nationally noted Christian music artists and presenters. He is also editor of Best Practices for Adventist Worship, an email newsletter published by the North American Division of the church.

Two of the Conference presenters hail from Andrews University. Michael Nixon, vice president for diversity and inclusion, will moderate a panel of activists from the Adventists for Social Justice in a conversation about identity. Shakespearean scholar Vanessa Corredera, associate professor of English, will address the topic of otherness, drawing on her research that explores the intersection and representation of gender and class in contemporary Shakespearean adaptations and appropriations. She is currently working on a book project examining various adaptations and appropriations of Shakespeare’s Othello.

Edwin Hernández, president of AdventHealth University and the author of a book about the history of Hispanic Adventism, will address the meaning of ethnic identity in a global church. Hernández holds a PhD in the sociology of religion from the University of Chicago. He began his career as a Chaplain at Hialeah Hospital in Miami, Florida. He then joined the sociology faculty at Andrews University. He later served as Vice President of academic affairs at Antillean Adventist University in Puerto Rico, Program Officer for The Pew Charitable Trusts, and founding Director of the Center for the Study of Latino Religion at the University of Notre Dame. Prior to joining AdventHealth University, he was a Senior Program Officer with the Doug & Maria DeVos Foundation where he led a successful multi-million-dollar urban education philanthropic initiative and community engagement strategy in Grand Rapids, Michigan.

Miguel Mendez, associate pastor for spiritual development at Loma Linda University Church, will preach the Sabbath morning sermon at the conference. A native of Southern California, Mendez’s Cuban American mother and Mexican father were committed to providing an Adventist education for their son. That included attending Montemorelas Academy in Mexico to enlarge his worldview. A graduate of La Sierra University, he has pastored in Southeastern California Conference for 10 years, and is currently pursuing postgraduate studies in addition to his pastoral work at Loma Linda University Church where he is known for his outstanding preaching.

Conference attendees are in for a treat on Saturday evening with the film premiere of J-E-S-U-S-A, which asks "What links Christian identity and violence in America?" The film is directed by Kevin Miller and produced by Claudia Peterson, Ken Peterson, Dorothee Cole, Brad Cole, and Kevin Miller. Alexander Carpenter will host a discussion with attendees following the film.

The conference will be held on the campus of AdventHealth University. Registration is now open and the $150 early bird rate for the conference is available until July 31. A block of rooms has been set aside at the nearby Comfort Suites Downtown Orlando hotel. Attendees should call the hotel directly to make reservations (1-877-228-4007). Ask for the front desk and tell them the group is Adventist Forum, Group Conference #3771809.