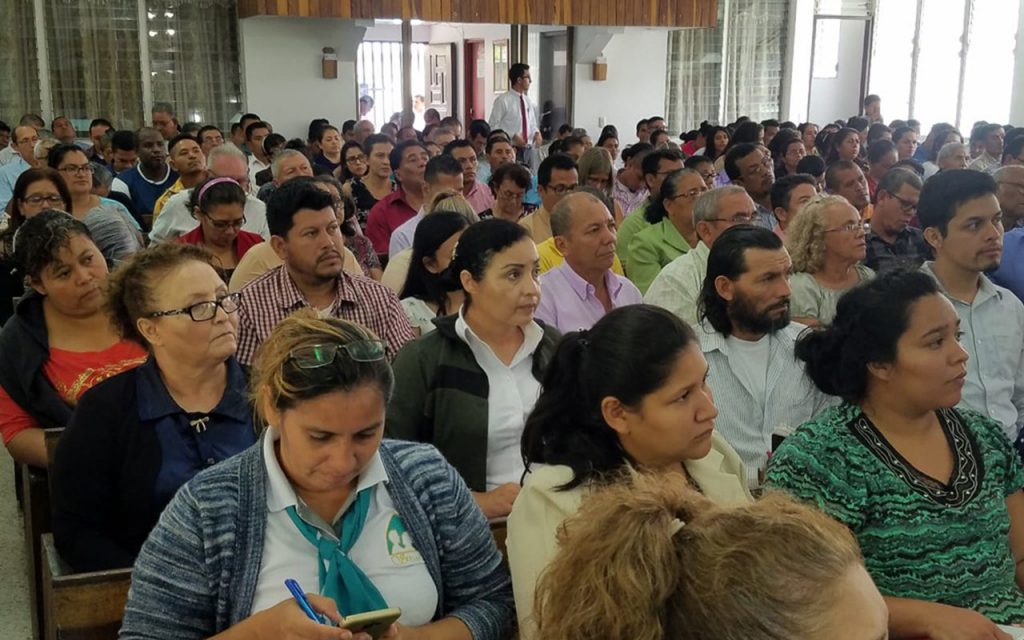 The Seventh-day Adventist Church in the South Central American Union, which comprises Costa Rica and Nicaragua, officially launched Inter-America’s territory-wide initiative to seek out former church members during a special training throughout its six regional church fields. More than 1,300 church elders, pastors, and Sabbath school leaders gathered earlier this month to be trained in how to reach former members and bring them back to the church.

More than 100,000 members have left the church or are unaccounted for across Costa Rica and Nicaragua during the past two years, reported Pastor Ricardo Marín, executive secretary for the church in South Central America. “That means that there is more than 45 percent decrease in total membership in the union,” said Marín. The current membership stands at 121,440.

“We know that through this rescue plan initiative the church can recover many former members if we ensure that we apply the methods of Christ carefully and constant in seeking them out in each one of our congregations,” said Marín. 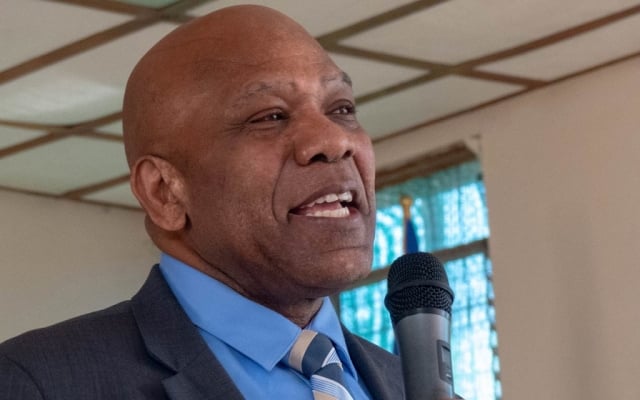 Pastor Samuel Telemaque, Sabbath school director for the church in Inter-America speaks during a training session in Alajuela, Costa Rica, on June 1, 2019. Photo by Alexis Vásquez.

Pastor Samuel Telemaque, Sabbath school director for the church in Inter-America, traveled throughout Costa Rica and Nicaragua to emphasize the importance of building relationships in retaining and seeking members through Sabbath school classes.

It’s about being a community of grace while in search of former members, inviting them to be reconciled to God, through a process of appealing to the heart of the members, said Pastor Telemaque. Telemaque pointed to Ezekiel 34 and 2 Corinthians 5:18, 19, highlighting the need to ensure that the proper ministry of reconciliation is followed.

The training focused on the stages of reconciliation and provided practical instructions on how to implement a ministry of reconciliation, discipleship, and reintegration into the fellowship of the church.

Delegates also were taught how to make an effective visit to a former member and how to manage feelings of anger and deception that many former members feel regarding the church and its leaders. More emphasis was given to being more empathetic, caring and listening more to former members. 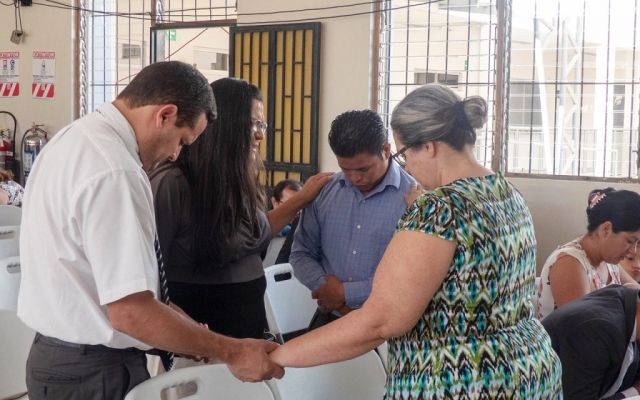 Church leaders in prayer for a believer during the training session in Alajuela, in North Costa Rica. Photo by Alexis Vásquez.

Pastor Wilfredo Ruiz, president of the church in South Central America, who traveled to different conferences during the training, said that the initiative will gain strength in the union, and added that, thanks to the commitment of church elders and Sabbath School directors, former members will be approached in a more compassionate way.

For Olman Soto, head elder of the Naranjo Adventist Church in Alajuela, the training shed light on the effective way of visiting a former Seventh-day Adventist. Soto said he would meet with his church board as soon as possible to get organized and begin seeking out former members.

“We need to organize a huge army in the church with children, young people, adults, men and women, to further the ministry of reconciliation, just like Jesus taught in the parables of the lost sheep and the prodigal son,” said Pastor Leonardo Godinez, district pastor of the Northwest Nicaragua Mission. “That is the purpose of Sabbath school.”

At the close of each regional training, church elders and leaders were challenged to be actively involved and double their evangelistic efforts as the church in Costa Rica and Nicaragua prepares for a massive baptismal ceremony on April 4, 2020, in Alajuela. The celebration will highlight the Inter-American Division’s territory-wide evangelism efforts next summer, which marks the end of the current quinquennium, or five-year period. 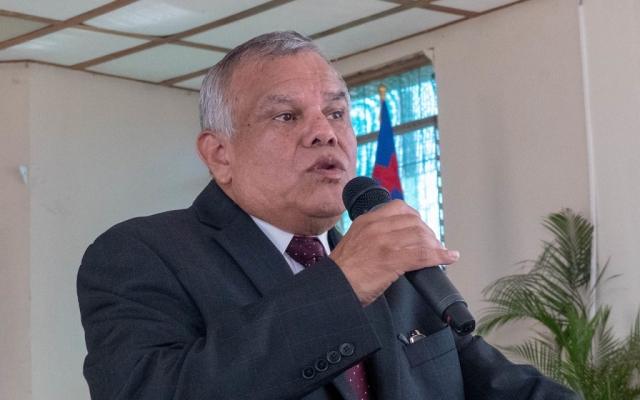 Pastor Wilfredo Ruiz, president of the church in the South Central American Union, said the seeking out former members will take strength across the territory thanks to the commitment of church elders and leaders. Photo by Alexis Vásquez.

The South Central American Union has more than 121,400 Seventh-day Adventists worshiping in 825 churches and congregations.

This article was written by Tomas Saez with Eddy Bonilla contributing to the report. It originally appeared on the Inter-American Division website.

Main image: Church members gather for Sabbath School congress training in Northwest, Nicaragua, June 3, 2019. The training was for church elders and Sabbath school directors all across the South Central American Union in Costa Rica and Nicaragua, to better seek out hundreds of former members who have left the church. Photo by Milton Mártinez. All images courtesy of the IAD.