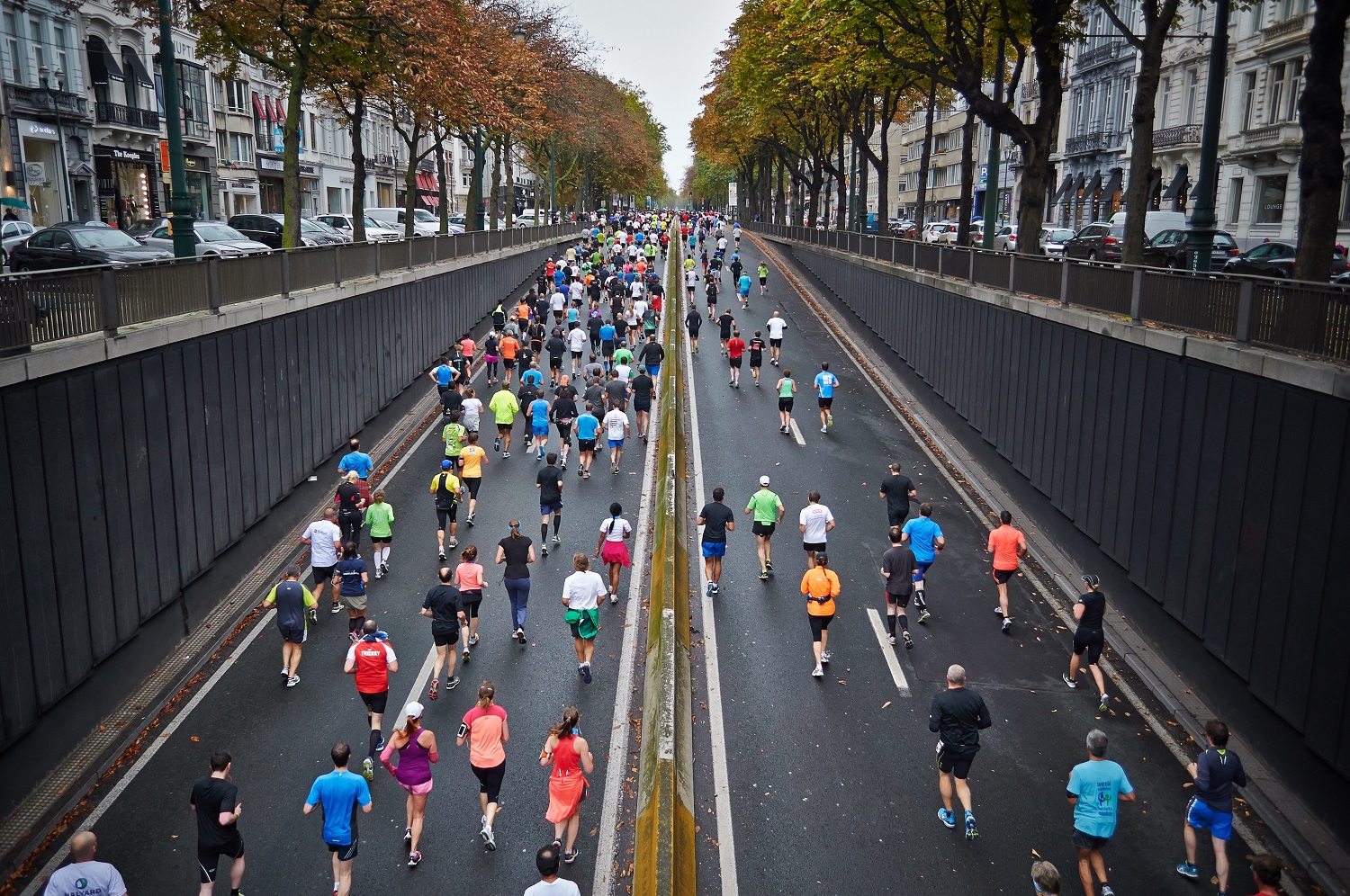 In this week’s news round-up, Adventist Gladys Burrill, the world record holder for the oldest woman to complete a marathon, dies at age 100, a Loma Linda Academy graduate is running for New York City mayor, Kenyan Chief Justice Maraga defends his election ruling, and a non-denominational church in North Carolina begins Sabbath worship after scripture study on the topic.

Adventist and Oldest Woman Marathoner Dies at 100. Gladys Burrill, the world record holder for the oldest woman to complete a marathon and a beloved supporter of the Honolulu Marathon, has died. She was 100. A Seventh-day Adventist, one of her favorite questions was to ask, “Do you have God in your life?”

Part of what drove her was that she felt God had a purpose for her in the islands, where she constantly made new friends, her son Mike Burrill said. He recalled going on walks with her in Hawaii and turning around to see her holding hands with a police officer or stopping into a store to start a conversation with an employee. In 2011 Burrill told The Associated Press her positive attitude gave her strength to start running marathons. “It’s so important to think positive. It’s easy to get discouraged and be negative,” she said. “It makes such a difference in how you feel and your outlook on everything.”

Burrill eventually completed five Honolulu Marathons out of seven attempts, with her last one setting the Guinness World Record for oldest woman to complete a marathon. She finished the run on December 12, 2010, in 9 hours, 53 minutes and 16 seconds.

Afterward she was inducted into the race’s hall of fame and honored by then-Hawaii Gov. Neil Abercrombie. Jim Barahal, president and CEO of the Honolulu Marathon, said Burrill’s world record put the spotlight on her, but she was popular in the marathon community because of her personality, enthusiasm, relentless positivity, and deep faith.

Burrill died Thursday of natural causes in her sleep at her family’s home in Prospect, Oregon, said her son Mike. She had been living in a condo in Waikiki until July when she became ill with pneumonia. After her health improved enough to travel, Burrill went back to Prospect where her family helped care for her. From Star Advertiser, “Oldest female marathoner dies at 100.”

Loma Linda Native Running for NYC Mayor. Loree Sutton, a 60-year-old retired U.S. Army brigadier general who led the Department of Veterans’ Services for five years, officially launched a 2021 bid for New York City mayor in a video, promising a feel-good campaign. Sutton, who grew up in Loma Linda, California, and graduated from Loma Linda Academy, worked recently in Bill de Blasio’s administration. She said in the campaign video that she was a “roll-up-your-sleeves public servant.” If elected, Sutton would become the first woman mayor of New York. She would also be the first openly gay mayor.

“Sutton has a reputation as the most spirited of de Blasio’s top officials, prompting numerous jokes about what she “eats for breakfast” from the mayor over the years, who repeatedly called her the “Energizer Bunny” a few weeks ago.

Sutton served in the Army for more than 20 years, including eight years as the highest-ranking psychiatrist. She received a Bronze Star medal and other awards and was deployed to Saudi Arabia, Iraq, Kuwait, and Egypt. From New York Daily News, “Ex-de Blasio veterans official Loree Sutton officially enters 2021 race for NYC mayor.”

Kenyan Chief Justice Defends Election Ruling. Kenyan Chief Justice David Maraga, who is a staunch Seventh-day Adventist, held a press conference recently in which he alleged a plot by the executive to kick him out of the Judiciary. In a terse speech, the CJ said that he would miss State functions if the “disrespect” accorded to him continued. Maraga had it rough after he declared the 2017 presidential election null and void. The opposition led by Raila Odinga said that the results declaring Uhuru Kenyatta the president were doctored. In a first-ever ruling, judges nullified Uhuru's win and called for new elections within 60 days. After that, Uhuru referred to the judges as wakora (crooks) and promised "to revisit" the decision. But Maraga stood firm, adding that there were irregularities in the election.

While launching the Drug Awareness Campaign early this year, Maraga confessed that 20 years of his life were wasted as he wallowed in alcoholism. The CJ said he was still a drunkard throughout his undergraduate program and a great part of his legal career. I would not have been Chief Justice if I had not given my life to Jesus Christ,” he said. From The Star, “Former drunkard, brave and strict: This man David Maraga.”

North Carolina Non-denominational Church Begins Sabbath Worship after Scriptural Study. St. Luke Church of Opportunity in Morganton, North Carolina, switched to Saturday Sabbath services July 7. It no longer offers Sunday services after the subject of the Sabbath came up one church night by Russell Corpening Sr., trustee chairman of the church, said Aaron Hooper, bishop of the church. “During our Wednesday night, ‘Let’s Talk Bible,’ brother Corpening asked why we did not observe the holy Sabbath,” Hooper said. “All of us come from a Christian background and have roots in several other denominations. Still, we were consistently taught ‘We go to church on Sunday.’ During conversations, we came to understand the most common explanation for this was (because) Jesus’ resurrection from the dead was on Sunday. We had not given much thought that Sunday was the first day of the week.”

“Egyptians worshipped the sun god on sun-day,” Hooper said. “(Our) minds (were) blown!”

“Understanding that the God-given time of public convocation is Sabbath (as stated in) Leviticus 23:3 (KJV), and that both Jesus and his disciples observed the holy Sabbath, (as stated in) Mark 1:21, Mark 6:2, Luke 4:16, Mark 2:27, Luke 6:6, Acts 13:14, Acts 18:4, Acts 20:7 (KJV), we were moved to do the same,” Hooper said. Hooper said that since switching to Sabbath services they have been blessed with fellowship from Dr. Gladys McClary, pastor of Bibleway No. 2 Church in Goldsboro. “Through teaching, conversations and fellowship, our knowledge of the sacredness of the holy Sabbath has grown,” Hooper said. “It has truly been a delight. From sundown on Friday, until sundown Saturday, we worship and rest.

The church formed in November 1993 and will celebrate its 26th anniversary this month.

The church is independent and non-denominational. It is not affiliated with Seventh-day Adventists or Jehovah’s Witnesses. From The News Herald, “Church switches to Saturday Sabbath services.”

Photo by Mārtiņš Zemlickis on Unsplash