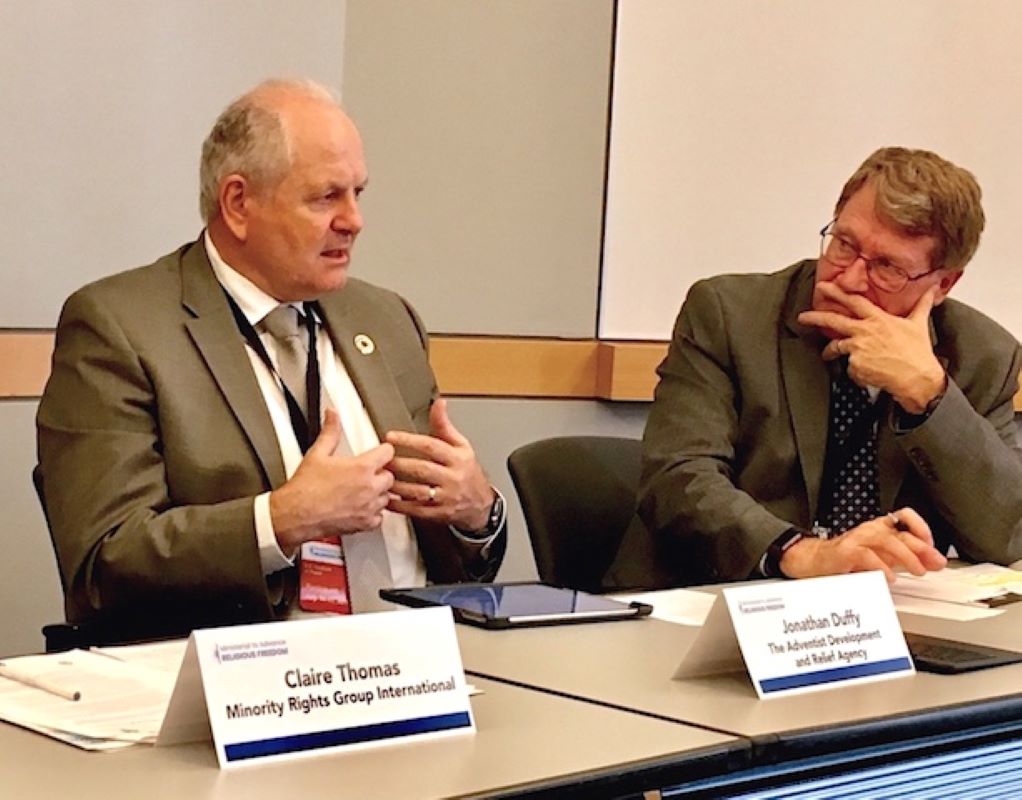 Jonathan Duffy, president of the Adventist Development and Relief Agency, spoke in front of a packed room during the second annual Ministerial to Advance Religious Freedom Summit at the U.S. Department of State in Washington, D.C. to address the preservation of religious liberty for all.

Focusing on the theme, “Religious Freedom in Conflict and Crisis Zones: Protecting Vulnerable Minorities,” Duffy spoke about the connection between poverty and religious violence on a panel with humanitarian senior leaders.

“If our goal is to address religious freedom violations, the place to start is addressing poverty,” states Duffy. He pointed out that poverty is frequently a precursor to religious persecution as the majority turn on minorities as scapegoats during times of extreme social and economic stress.

“For example,” Duffy says, “The World Bank reports that the Rakhine State, home to the Rohingya, is the poorest state in Myanmar. Its poverty rate is twice the national average, with almost 80 percent of the state living in poverty.”

One solution to this, according to Duffy, is the need to develop places like the Rakhine State before “religious violence flares up.” It is only through addressing the economic conditions can we prevent extreme religious violence, he added.

Panelists also discussed the importance of data driven solutions, the challenges of ensuring disadvantaged minorities receive needed assistance without exacerbating preexisting resentment against them, and the need to tackle grant compliance requirements that inhibit effective delivery of aid to endangered religious minorities.

The Adventist Development and Relief Agency (ADRA) is the humanitarian arm of the Seventh-day Adventist Church. Its work empowers communities and changes lives around the globe by providing sustainable community development and disaster relief. For more information, visit ADRA.org.

This article was written by Kimi-Roux James and originally appeared on the ADRA website. Image courtesy of ADRA website.