Traffic in the main street of Nukuʻalofa, Tonga’s capital, came to a halt on the morning of April 18, 2019 as a parade involving 600 Seventh-day Adventist women from around the Pacific made its way to the Royal Palace.

Led by the Tongan Police band, the parade was the focal point of the day’s activities for the 2019 Trans Pacific Union Mission (TPUM) Women’s Congress, which opened the previous night. Wearing colorful traditional dress and waving the flags of their nations, the women carried banners and posters promoting EndItNow — a global Seventh-day Adventist campaign aimed at stopping violence against women. Many curious onlookers stopped to watch the procession. 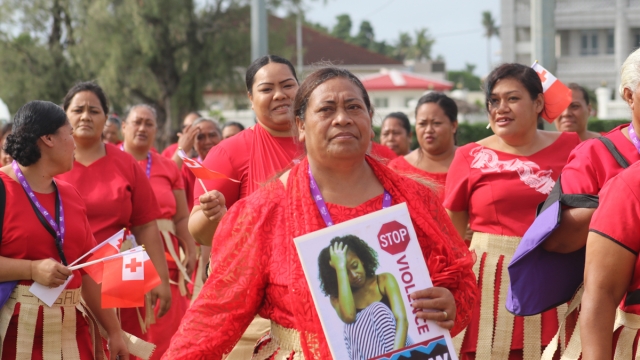 Tongan ladies in the parade.

In a special honor, Queen Nanasipau’u permitted the parade to enter the palace grounds through the front gate — an entry point that is normally reserved for royalty. In another gracious gesture, the Queen arranged for congress guest speakers Janet Page (associate ministerial secretary of the General Conference), Dr. Danijela Schubert (South Pacific Division women’s ministry leader), Ann Wooldridge (Adsafe general manager) and Dr. Wendy Jackson (Avondale lecturer) to sit beside her on the palace front veranda overlooking the lawn where the congress attendees gathered. A special gift-giving ceremony saw representatives from each of the countries in the TPUM present a gift from their homeland to the Queen. 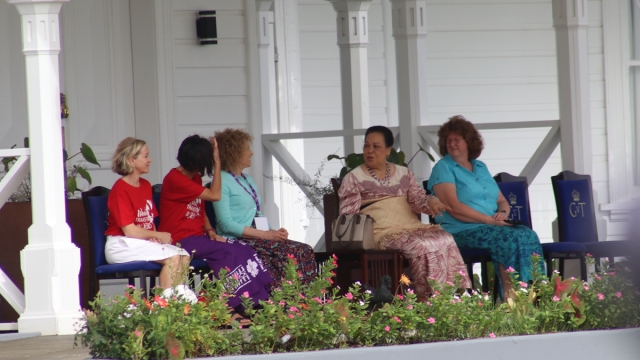 Queen Nanasipau’u was also a special guest at last night’s opening ceremony, where she gave an inspiring speech based around the congress theme “Women Transformed in Jesus.”

“I’d like to begin by thanking God for bringing together so many beautiful, amazing, and inspiring women from around the Pacific to celebrate women transformed,” the Queen said. “Transformation begins with Jesus. Through His death on the cross and His mercy we are forgiven. Through the gift of His Holy Spirit we are transformed. It is Jesus who inspires us, it is Jesus who enables us. When we run out of our own meager resources and come to the end of our strength and our wisdom…there is only one Person who can carry us through. His name is Jesus. 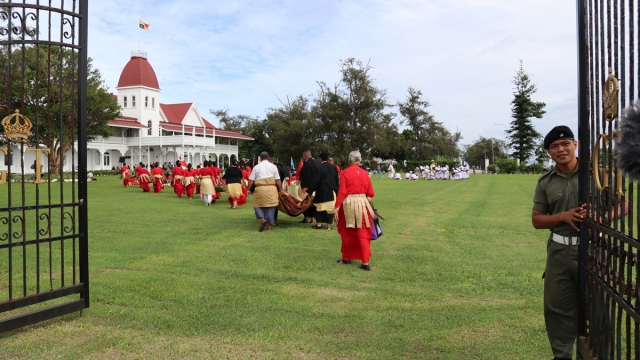 Marching into the palace grounds.

“During the last few years, there is an English catchphrase that has become popular. It is ‘I got this,’” continued the Queen, who is a Methodist. “Today I want to remind you that God’s got this. He says to us, ‘Give me your need, leave it with Me, I can handle it, trust Me, I’ve got this.’”

Congress organizers say it is a blessing that forecast rain did not eventuate so the parade could take place under sunny skies. 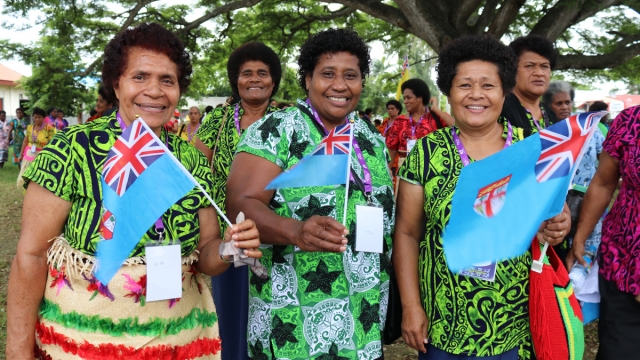 “So far the congress is going really, really well,” TPUM president Pastor Maveni Kaufononga said. “I feel that the Lord is leading and the evidence is that the Easter weekend is in a rainy season for Tonga….It is a miracle that we have beautiful weather today.”

Pastor Kaufononga said the parade and the congress are providing amazing opportunities to raise awareness about the Seventh-day Adventist Church, with local media providing coverage of the activities.

“It is really good — all the newspapers are running stories on this, and just the fact that the Seventh-day Adventists are empowering women to lead out in our work, it gives a very strong message,” he said. The congress is the official launch of the TPUM’s Year of the Woman, which is all about empowering women to be leaders and evangelists.

“This is a historical event for our Church…this is the first time that the TPUM has dedicated a year for women to lead out,” Pastor Kaufononga said. “I believe in the power of women and what they can do.” 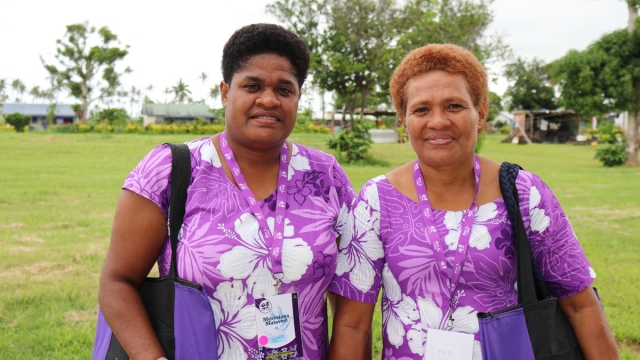 For a number of women, getting to the congress has involved personal sacrifices and being extra resourceful. For Fijian attendee Meresiana Matavesi, it was a case of using a coconut tree to raise funds. Out of the tree, she produced two types of coconut oil along with coconut broom sticks. She sold the products in her own village and in neighboring villages.

Mrs. Matavesi also took her project to God, with assistance from her four-year-old daughter, who became her prayer partner. “Every time we had a family devotion, she would pray about it (congress). Even meal times — sometimes she didn’t pray for the food, she prayed, ‘God, my mother wants to go to Tonga’…I believe in my heart that God multiplied [my money]. I am so excited to be here. Nothing is impossible with God.”

The congress continues until Monday, with a diverse program including morning prayer walks, worship services, discipleship, and health workshops. 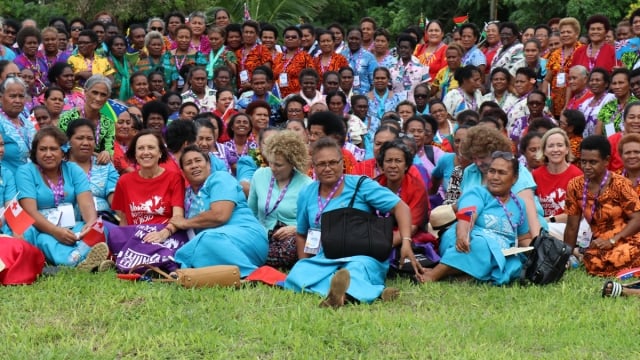 This article was written by Tracey Bridcutt and was originally published by Adventist Record. It is reprinted here with permission.