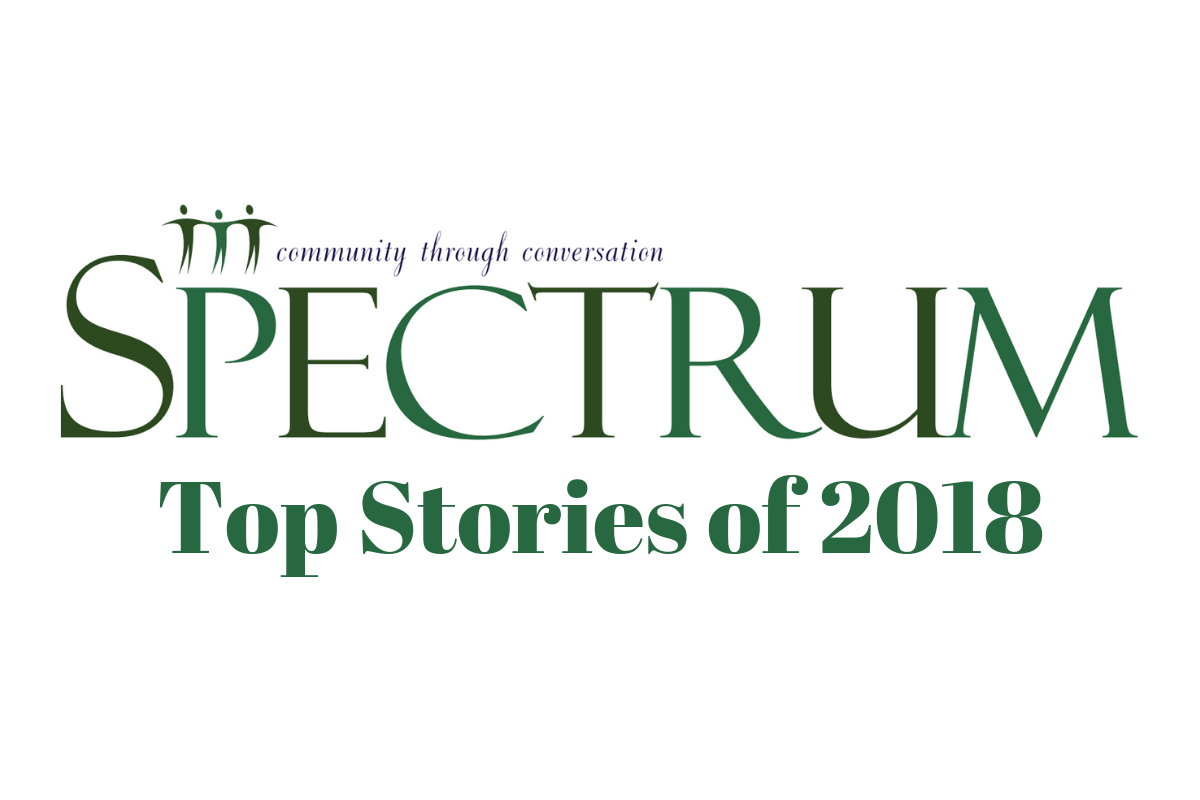 As a tumultuous year in Adventist Church history comes to a close, we’re taking a look back at the top stories that dominated the news cycle in 2018. It was a year of action and reaction that began with a survey, resulted in a vote, and ended with a video, and the buzzwords throughout it all were “compliance” and “unity.” But in between these breaking news items were stories about Adventist higher education, Ellen G. White, and a heartwarming older article that had a surprising resurgence. Here are the headlines that caught everyone’s attention this year.

At last year’s Annual Council, General Conference President Ted Wilson’s proposed unity document was voted down, and the months that followed were a time to regroup and rethink strategy. As such, the discussion on compliance began immediately in 2018 when the Unity Oversight Committee sent out a six-question survey to division and union conference presidents, asking them to base their answers on their view of the opinions of their membership.

The Unity Oversight Committee, responding to heavy criticism that last year’s process was shrouded in secrecy, issued a statement in January stating that the committee, led by newly appointed chair Mike Ryan, was “unanimously agreed that this process would be an open and transparent one, in which the views of the Seventh-day Adventist world Church are taken into account” and that “The General Conference officers support this approach wholeheartedly.”

In February, there was a brief reprieve from GC news, as two higher education stories hit the airwaves. Atlantic Union College announced that it would permanently close at the end of its current semester. Meanwhile, at Southern Adventist University, a video using racist language to depict a Black Christian Union event went viral.

On March 7, the Spectrum staff was alerted to the fact that one of our articles from 2008 made the front page of Reddit, a popular news aggregation and discussion website. The article, in which Daneen Akers reviewed the movie Wall-E and discussed Justin Wright, the Pacific Union College alum the movie was dedicated to, resulted in over 38,000 views, making it our second-highest viewed story of the year. Though 10 years have passed since the article was written, the heart behind it is timeless.

See: Wall-E: A Movie with a Full Heart, or a Tribute to Justin

The GC’s Unity Oversight Committee also released the results of its much-anticipated survey in March.

The GC’s Spring Meetings that occur every April seemed a run-of-the-mill affair until attendees were headed home and a document that never made it onto the agenda surfaced, approved and released by the General Conference Executive Leadership and Division Presidents. The seven-point document titled “An Invitation to Uplift Jesus,” requested loyalty from independent organizations and singled out the One Project specifically. The document met with a slew of responses, including from an anonymous Church Executive, the One Project leadership, and William G. Johnsson, retired long-time editor of Adventist Review and Adventist World.

Two perspective pieces rose to the top in the month of May. Columnist Matthew Quartey had the top article with an examination of Ellen G. White’s The Great Controversy — its revisions, limitations, credibility, and its impact on Adventist theology.

The second highest performing article of the month, following close behind Quartey’s, was Reinder Bruinsma’s review of two new books on Last Generation Theology: End-Time Events and the Last Generation: The Explosive 1950s by George R. Knight and God’s Character and the Last Generation, a compilation of articles from Andrews University scholars on the topic, edited by Jiří Moskala and John C. Peckham.

Columnist Matthew Quartey had the top article in June as well when he asked if Ted Wilson should run for a third term, and explored the long-standing precedent of two terms for the GC presidency.

See: Should Ted Wilson Run for a Third Five-Year Term

In August, Spectrum editor Bonnie Dwyer broke the story that the compliance committees, whose terms of reference were voted on the previous month, had been established. Five committees overseeing Core Policies, Creation, Homosexuality, Distinctive Beliefs, and Ordination were named, voted, and populated with the names of over 40 GC employees, which were listed in the Spectrum article. With over 18,000 views, this became our third-highest ranking story of the year.

The highest ranking story of the year, with over 47,000 views, was also published in August. George R. Knight ignited a firestorm with his response to the General Conference’s actions.

In September, responses to the GC’s compliance document and committees began to flow in, from unions, conferences, churches, and individuals. A follow-up article by George Knight, and statements issued by the Pacific Union Conference and the German Unions became our most viewed articles of the month.

To keep track of all that had occurred, we created a “Timeline of Key Events and Responses” article that was updated regularly through Annual Council 2018.

The Adventist FBI and the Sticky Wicket Thicket

All eyes were on Annual Council in the month of October, and the compliance document being voted through caused a flurry of discussion. October is usually our highest-ranking month, and this year was no exception. From Bonnie Dwyer’s timely reports on events as they unfolded, to perspective pieces from a number of contributors, we received almost 700,000 pageviews on all things Annual Council. The North American Division’s swift response to the compliance vote became our highest-ranking story of the month.

In November, the GC made the decision to release a video entitled “Unity #GCAC18” via the Adventist News Network’s YouTube channel. The video had a swift and overwhelmingly negative reaction. The Norwegian Union’s response to the video topped our stories that month.

The North American Division year-end meetings, which occur every November, also generated some buzz, as they voted a motion to request tithe parity with other divisions and released a statement regarding Annual Council, calling for the compliance document to be rescinded.

NAD Calls for GC Compliance Document to be Rescinded

December, which is often one of our slowest months, is holding strong this year as the GC’s Unity video continues to make waves. A round-up of responses to the video from both church members and official entities was our second highest performing story this month.

It was an exciting year, and 2019 should prove even more news-worthy as the compliance committees commence their work and the Adventist Church gears up for the 2020 GC Session. Whatever happens in the New Year, Spectrum will be here to keep you updated with timely news coverage and thoughtful perspectives. If you appreciate the work we do here at Spectrum, please consider supporting us with a year-end donation. As a non-profit news organization, every gift makes a difference and means we can report on more Adventist news from around the world.