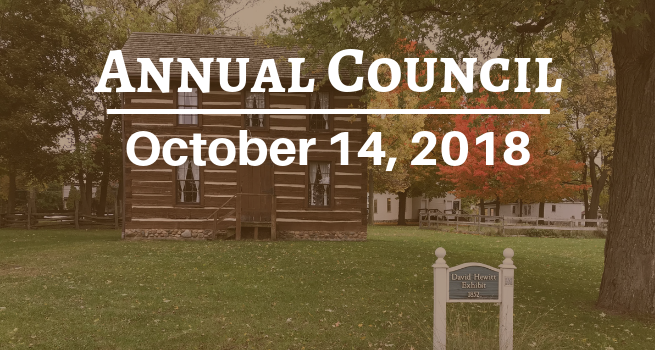 That’s the who, what, when, and where of the big vote at Annual Council, but not the why. Why stories are the hardest ones to write, and this one is particularly so.

Why did the vote go the way that it did when a plurality of voices spoke against it? Was it because of political maneuvering ahead of the vote, arm-twisting as one person told me? Another said he thought the floor discussion was superfluous. They could have voted five minutes after the meeting started and the result would have been same. People came ready to vote. He felt like Elder Wilson knew he had the vote from the beginning and pointed to Wilson’s exceedingly calm demeanor as evidence.

Did it make a difference that there had been considerable discussion in the media and at churches around the world? Did the materials in the Executive Committee Newsletter change anyone’s mind? Or, did the two-hour presentation that preceded the discussion seal the deal?

The meeting began with ethereal music. Stephanie Dawn, a blind woman, sang about Isaiah 50: Lift Up Your Eyes and See. Wilson read Psalm 133 about the blessed unity of the people of God. And, of course, a quote from Ellen White as he began his explanation of the issue at hand. He continued, saying:

“The document that will be presented is not Wilson’s document. It came from the Annual Council floor of last year. There were many suggestions made, ideas, including that there ought to be other aspects of the work to be looked at. Out of that came the idea of compliance committees. Why should we be focusing on Women’s Ordination when 81% of church entities are out of compliance with GCAS. So, it came from the floor itself and from you. The document is your document. You can turn it down, you can vote for it. It is in your hands. The understanding that we need to have as a group is that whatever decision is made today, we will work with that. That is the crux of the matter of why we have come to this point. Although, the subject of Women’s Ordination is what has driven much of the anxiety and tension, it is not the issue of today. Our attempt to bring a document to you is our attempt to follow up on what we have agreed to do to work together.

We would not be bringing this to you, but it was discussed last year and referred back….The disciplinary approach is of the mildest order. There is one feature in there that is already in the bylaws. I would hope as we go into this, I don’t want you to think that we are pushing you or manipulating you in any way. I hope that we will actually come to a vote to accept or reject the document. I hope that there will not be attempts to refer this back or table the motion. I think we need to move forward one way or another with the mission of the church. It is time to focus our attention in a more complete way on the mission of the church.”

Following Wilson’s speech, Archivist David Trim took the podium to give his report on the survey of union conference presidents that had been done, its high response rate, and its insistence that consequences needed to come to those who disregarded the GC Session vote of San Antonio. Then General Conference Counsel Karnik Doukmetzian added the legal advice that had been sought from three law firms about the following questions:

The answers to these questions started with a yes, the Executive Committee can remove a member for cause by a two-thirds vote. However, taking away voice and vote are not mentioned in the Bylaws, so to do so would require wording be placed into the General Conference documents before it could be done. Did the delegates register that qualification, or was the initial yes all they heard? Next, he said it appears that the bylaws would allow removal of an officer belonging to a constituent group that flaunts church-wide policies. But, “An officer or member of the Executive Committee whose constituency disregards a General Conference determination despite the officer’s best efforts to ensure compliance or to lead an appeal process while ensuring compliance, regardless of the officer’s personal beliefs, would not likely meet the prerequisites of removal for cause according to Article XIII Section 1c. It is hard enough making sense of legal documents when they are in writing in front of you, keeping track of all the clarifications when listening to them can be difficult. Did this impact the delegates?

By then it was 3:45 p.m., there were no presentations on the Compliance Committees themselves and their terms of reference. There was nothing said about what would happen if the document was voted or defeated. The floor was simply opened for discussion after a decision that speeches would be limited to two minutes. Speakers came to the mics with their speeches in hand trying to make the most of it, but they barely had enough time to say whether they spoke in support of the document or against it. Although people said the structure and culture of the church would be changed by the document, the immediate consequences were not addressed. Other than Randy Roberts, no one challenged the administration on their actions, facts, concepts, or explanations. Only NAD Treasurer Tom Evans questioned in any way what would happen if the document was approved.

In the first two hours of comments, those against the document dominated with 31 speeches, a significant proportion being from North America. Six union presidents spoke, the three division officers, two conference presidents, the president of Andrews University, and the dean of the Seminary. But the tone of the conversation changed in the last hour; many people from Africa found their voices, and rose to speak in favor of the document. Of those who went to the mic in the last hour, 15 spoke for the document and nine against. The last speakers were GC officials who gave rallying cries that echoed the two hours of presentation that had preceded the floor discussion.

And so with the voting of the document, a whole new list of W questions emerge. When will the Compliance Committees be convened? Before the week is out? Before next year? Perhaps the biggest question is, what will the North American Division do at its Year-end Meeting the first week in November? In the past, there have been motions made to cut the amount of tithe that the NAD passes on to the GC down to the 2% level of all the other divisions. That could be a $50 million loss to the General Conference operating budget.

Who knows what, when, where, and why comes next?