Interview with an Adventist Pastor in Ukraine 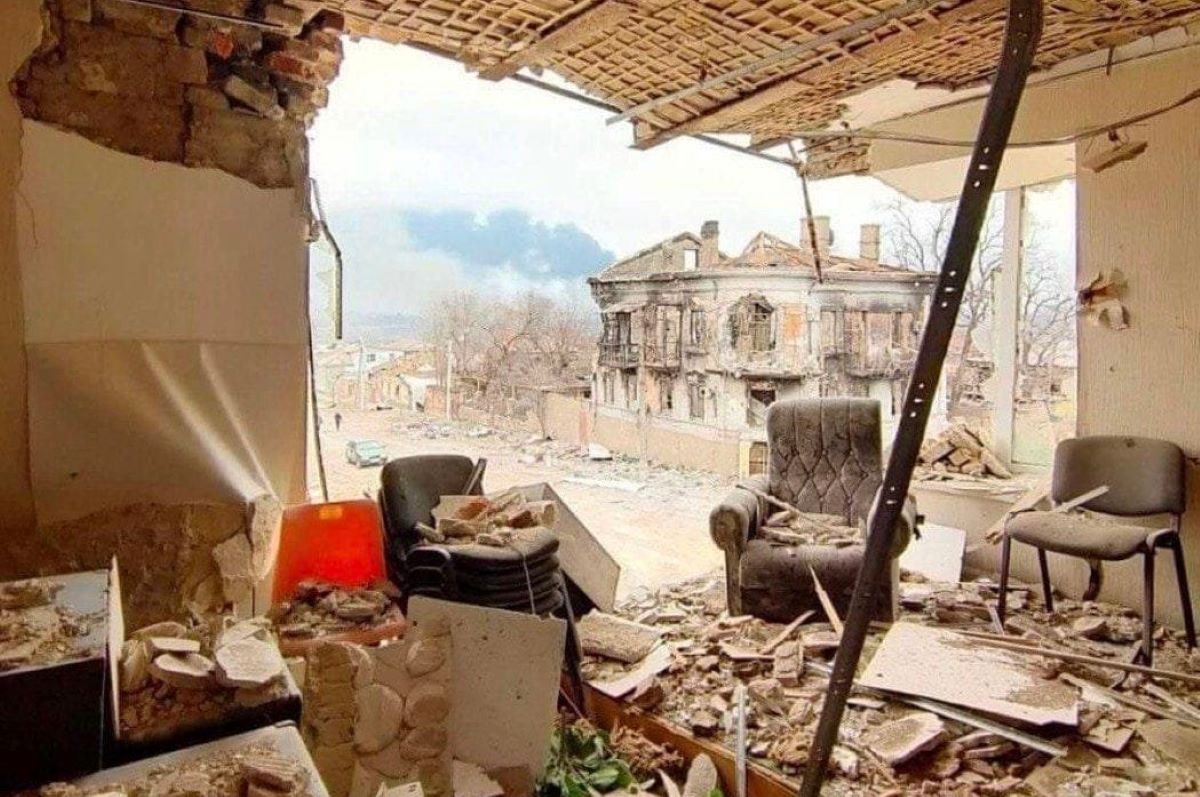 Written by:
Alexander Carpenter
Published:
May 7, 2022

Question: Describe what you are experiencing currently.

Answer: I'm going through a lot of different experiences at the moment. There is anxiety, joy, and anticipation. There is a certain amount of stress, although I am in a calmer place now than I was before. But several times a day the air defense sirens sound, day and night. And it doesn't make it possible to live without stress. There is also fatigue.

All in all, a very different spectrum of emotions and experiences.

What do you think about the actions of the Russian government, and the reaction of Ukrainian people?

The Russian government is carrying out an act of destruction of Ukrainian statehood along with the destruction of infrastructure, homes, property, and the people of Ukraine. Perhaps the Russian government expected that the people of Ukraine would welcome the arrival of their army on Ukrainian territory. Maybe such expectations were based on false reports from Russian intelligence. But the reality is that the mentalities of Russian and Ukrainian citizens differ significantly.

It is necessary to look at the history of the territory where today's modern Ukraine is located. For centuries Ukrainians have strived for freedom and the free expression of their opinions. We even have a saying, “Wherever there are two Ukrainians, there will be three army commanders (Hetmans).” This is a peculiarity of our mentality—Ukrainians do not accept imperial thinking when there is only one unquestioning authority, and absence of freedom of expression. But this is precisely how the Russian society lives. In Russia, it is not permitted to express disagreement with this war against Ukraine. They don't even have the right to call it a war, because the Russian government calls it a "special operation.”

Unlike people in Russia, Ukrainians discuss, argue, and look for different answers to their questions. But most importantly, when Russia attacked Ukraine, most Ukrainian citizens stepped up to defend their homeland. This is not about politics, not about the preferences of any political party. It is about our right to live in our land, in our own country, and not to submit to those who come with weapons to impose their way of life on us.

Besides, for the last six months, when many Western countries warned of possible military aggression by Russia, the Russian government denied a possibility of an attack. And Ukrainian society, for the most part, did not expect a full-scale military invasion. So, when war broke out on February 24, 2022, across Ukraine, the Ukrainians were thrown into a shock and confusion. And, on the other hand, there was a desire to do things that would help keep our country safe.

I have watched your daughter's very thoughtful video. What do you think of it and the attention it has drawn to the situation?

We live in the age of social media and information bubbles. Everyone chooses a particular point of view that they like. With the help of social media algorithms, they maintain an illusion that if they think one way, then everyone else thinks that way. This is a dangerous trend, but it did not arise yesterday. It has become widespread in the era of the development of mass communications. I often see comments on news from Ukraine, primarily written from Russia, such as, "this is all untrue, the Russian army cannot kill civilians, and it cannot steal things from houses, Russian soldiers cannot rape, it's all lies." This reminds me of Paul's warning to 2 Thessalonians. But now we are talking about a local war, and it will be about salvation at the end of earth's history. But the principle of lying is the same—the unwillingness to see the obvious, to analyze, and call out evil.

So, when my daughter videotaped our stay during the war in Mariupol, some of the comments were like, "Where did she get the charge on her phone because there was no electricity." Commentators do not want to think, analyze, and finally remember that there are things like power banks. But this video became popular, as many Ukrainian and foreign TV channels made a story about it. And I am glad that Alona was able to talk about her experience with God and her personal experience because everyone has their perception of what happened, and she was able to share hers.

How do you feel about the news that the Ukrainian Union will no longer be part of the Euro-Asia Division?

As far as I remember, the initiative to change the administrative affiliation of the Ukrainian Union was on the agenda for a long time. The last time this was discussed was after the beginning of Russia's aggression against Ukraine in 2014. One European country even allocated space in a church institution as a European administrative office to deal with the issues in the Euro-Asia Division concerning the Ukrainian Union.

As I have already noted, Ukrainian and Russian societies have become different. As we moved away from the common Soviet past, as civil society formed in Ukraine, as legislations in Russia and Ukraine began to differ, including on the questions of the religious freedom. The church life in Ukraine also began to differ from the church life in Russia.

Therefore, a change in the administrative affiliation of the Ukrainian Union is no longer an option, but a necessity. Of course, this will cause certain difficulties. But we have no other choice.