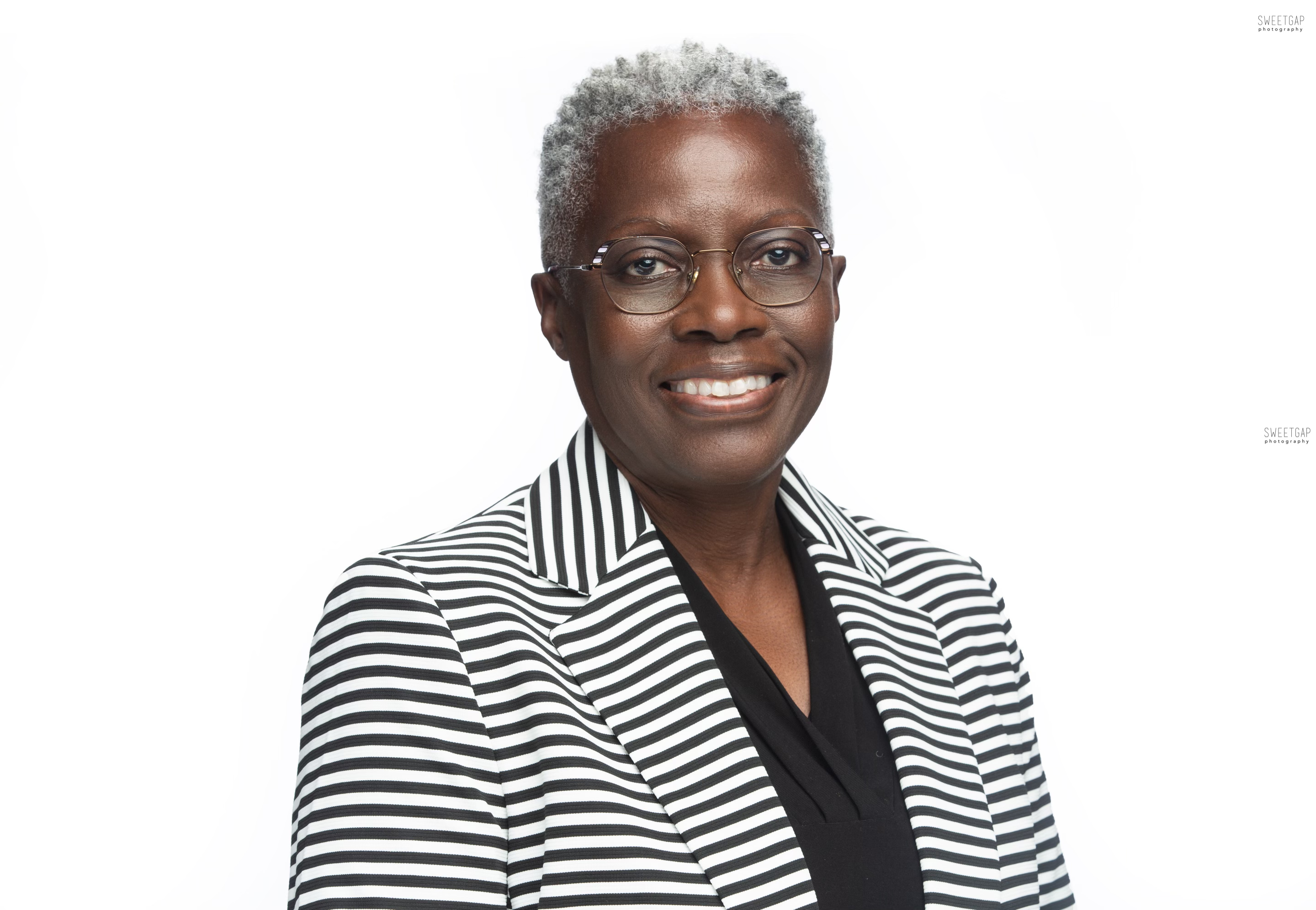 Phyllis Ware Lee, described as a "trailblazer, innovator, leader, financial genius and beloved treasurer," recently retired from the Regional Conference Ministries in Huntsville, Alabama, which was forced to hire two people to take her place. Phyllis Lee was recently named one of the Women of the Year by the Association of Adventist Women. In this interview, she talks about her career, her stint as the first woman conference president, and her secrets for getting along with people.

Question: You recently retired as chief financial officer of the Office for Regional Conference Ministries and the Regional Conference Retirement Plan, supporting regional conferences, after almost 40 years of service to the Adventist Church. What prompted your retirement?

Answer: Seven years ago, God entrusted me with the responsibility of raising my great-granddaughter. As I reflected on my life, growing older, trying to fit family into my busy work life, I decided that I wanted something different. I wanted to be able to create experiences and memories with my granddaughter, give her the time and attention that her mental, physical, and spiritual development required, and grow old with my husband while I was still young at heart (if not in years), and still had my health and strength to enjoy our life as a retirees.

You have served in this role in Huntsville, Alabama, for the last 13 years. What did you love the most about your job?

I loved feeling that what I was doing was a part of growing something. I was the first treasurer/CFO for the Office for Regional Conference Ministries and the Regional Conference Retirement Plan. I assisted our organizations in receiving denominational status, updating our accounting system, and in the construction of a new office building, which should be completed in 2022.

What will you miss the most as you retire? What won’t you miss?

I will miss the people that I worked with and the sense of contributing to the development of something lasting. I will not miss the volume of work, which had gotten to be overwhelming as the organizations continue to grow.

What took up most of your time in your job as chief financial officer?

Because we are a small organization, personnel-wise, a lot of my time was taken up with routine, basic accounting processes. I thoroughly enjoyed the opportunities I have had to dialogue and collaborate with other regional conference treasurers about our mutual concerns—it is a great camaraderie.

What do your days look like now in retirement?

Did I mention that I am raising my great-granddaughter, who is nine!? I am getting up early to take her to school and participating in school-related activities. Retirement is fresh, and while I am still assisting both organizations with the transition to new CFOs, I have been able to spend several days each week hanging out with my husband, learning golf, and joining other senior citizens at Cracker Barrel for breakfast. I am just beginning to learn that there is life after years of long days—and sometimes nights—of work.

Who did you pass your job onto?

In 1994, when the conference president died, you served as interim president of the Central States Conference, since in your role as treasurer, you were the second officer. You were the first African American woman to serve as a conference president, and still, almost 30 years later, you hold the distinction of being the only African American woman to hold that office. How did it feel to be given that job in 1994?

I was blessed to be a part of a conference that was more like family. We cared about each other, knew each other's children by name, supported each other. When Elder J. Paul Monk became ill, every member of our office staff stepped up to make sure that the conference did not fall short in any area and that Elder Monk could have peace of mind while he battled his illness. When he passed away in 1994, the confidence and support of the office staff, pastors, constituents were overwhelming.

I don't think there was a sense that we were making history. We were doing what we felt was needed to keep our conference moving forward. We had a constituency meeting to plan, we had churches that were in the process of buying or remodeling facilities, we had employees who were concerned about the future. The executive committee did what they felt was necessary to maintain stability in the conference.

I felt honored by the confidence that my conference had in me. I was concerned about making huge mistakes. I prayed the prayer of Solomon: "Lord I am just a child. I don't know how to go out or to come in ...”

It always felt temporary, so I tried to make those few months count by making decisions about situations I had been observing for some time and that I felt were in the best interest of the conference. I never, ever considered the possibility that it would be a permanent position. I served for four months and was happy to pass the responsibility on to the new president who was elected at the constituency meeting.

The position of conference president has been given to a woman since me. Her name is Sandra Roberts, and she was elected president of the Southeastern California Conference in 2013. [Sandra Roberts was elected executive secretary of the Pacific Union Conference in August 2021.] When I was appointed to this position, it was almost 30 years ago. It was a special time and a special set of circumstances that resulted in me being appointed to that position. Since that time, women have been serving as conference executive secretaries and increasingly as conference treasurers. Five out of the nine currently serving regional conference treasurers are women.

You were instrumental in the building project of the Breath of Life Complex, which will soon be completed to house the major ministries of the Office for Regional Ministries. How did you structure the finances for the building project so that it could be built without external debt?

The building project financial plan is a hybrid. We started the process with external debt, but the plan ultimately ends in an early payoff—I am happy to report that we are on target.

After earning an undergraduate degree from the University of Notre Dame and an MBA from DeVry University, you went to work for what was then Arthur Andersen (now Accenture). Why did you leave a career working for one of the largest accounting and consulting firms to work for the church?

When I became a Seventh-day Adventist and found out about the church structure, Plan A was to work for the church. The Lord had a different plan preparing me for my ultimate role at the Central States Conference. I was told that none of the major public accounting firms would hire me because of the Sabbath—I was turned down by every firm except Arthur Andersen.

I worked in banking and government accounting for several years, and when an opening became available at Central States, I was hired. The same day that I started working for the conference I received a job offer for another position at the accounting firm, but I told them it would take more than money for me to leave my job working for the church.

It may sound like a cliché, but I always felt that I was working for the Lord. When I began working for the conference, my spiritual mother told me to learn all that I could because I had no idea what God had in store for me. God has blessed me beyond any dream I could ever have had.

When did you learn that you had been selected as one of the Association of Adventist Women's Women of the Year?

I received a call from Linda Becker a few months ago and attended the ceremony online.

What do you consider your biggest accomplishment in your long church career?

To have paved the way for the acceptance of women in the role of a conference officer has to be my biggest accomplishment. Someone shared with me that the way I handled myself in the position opened the door for others to be considered as well, rather than automatically looking at a man when a position became available.

Finally, I have also been privileged to serve as secretary-treasurer and treasurer with two extremely visionary, collaborative, and insightful presidents: Elder J. Paul Monk Jr. and Elder G. Alexander Bryant. I love to feel that I am protecting resources so that they are available to fund the missionary vision of great leadership. To have served with these two men as a supportive, trusted colleague in ministry as they have "left their mark" on Central States Conference has been a blessing to me.

What is the biggest lesson you learned in your career? What advice would you have for you in 1983, when you started working for the Central States Conference as an accountant?

I would tell myself to relax and stop feeling like success was depending on me. God rewards hard work and faithfulness. As long as you are asking for his leading and guidance and listening for his voice, you can rest assured that whatever happens, whatever the outcome, whatever the vote, God is working things out.

I find that if you take time to learn about the people you are dealing with—what their needs and concerns are, why they think and feel the way that they do—there is usually a way to find common ground in which to move an organization forward. Things may not move as quickly as you would like; however, the time spent in explaining and collaborating with others is time well spent to reduce confusion, unpleasant disagreement, and to come up with plans that God can approve. In the multitude of counselors, there truly is safety.

What advice would you have for young people starting out today?

Be fair and consistent in dealing with people. People can accept “No” when they know that you understand their position and would help if you could. God rewards hard work and faithfulness, so work hard and learn all that you can because you have no idea what God might have in store for you.

Finally, I would like to say thank you to all the women who paved the way for me, especially those who in 1988 urged their fellow executive committee members to take a chance on me, and those who have encouraged and supported me through the years. We made history together.

The Association of Adventist Women is accepting nominations for its 2022 Women of the Year Awards. Click here for information about submitting a name for consideration.

Alita Byrd is the interviews editor for Spectrum.