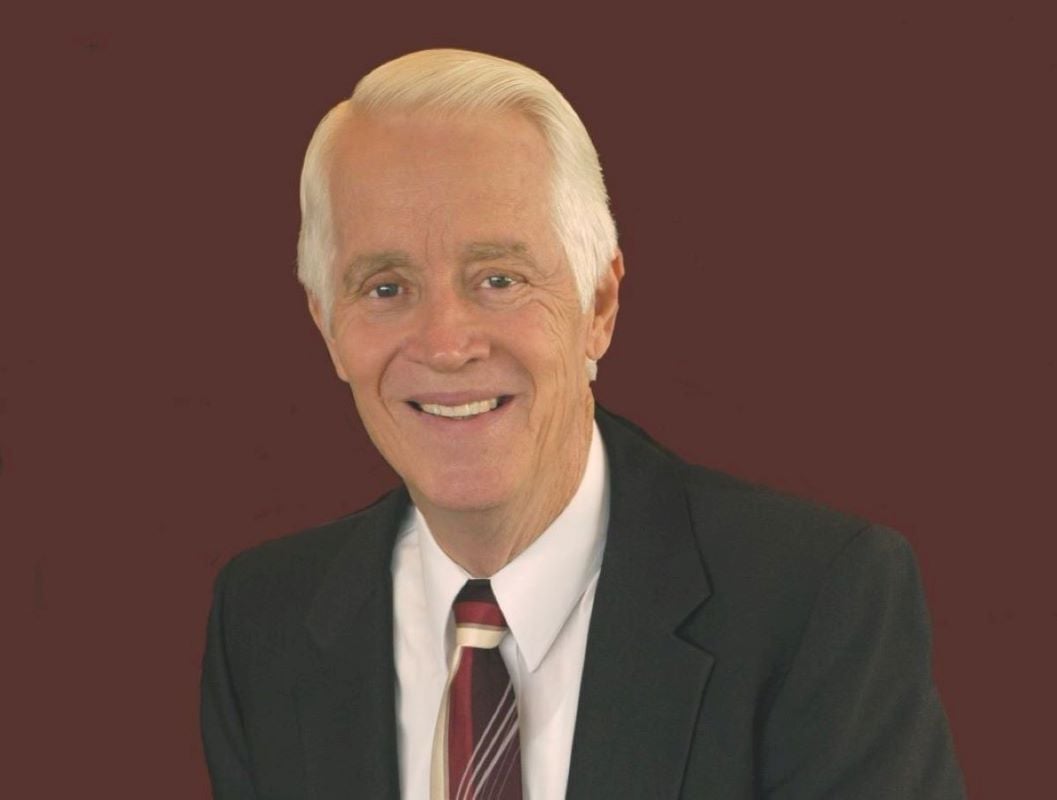 An interview with Richard O’Ffill Jr

Richard O’Ffill Sr., one of the founders of the Adventist Development and Relief Agency (ADRA) passed to his rest on July 29, 2020 after a nearly ten-year battle with Parkinson’s. His fruitful ministry to the Adventist Church spanned the globe with mission assignments in Pakistan and Chile, and revival meetings all over the United States and around the world. His travels and passion as an ordained minister, missionary, director for ADRA, a writer, Conference Lay Activities director and the first Men’s Ministry Leader in Florida, (to name a few) made a profound impact on many people.

He wrote 10 books on prayer, family and the Christian life, his most popular being “Transforming Prayer” and “Lord Keep Your Mansions, Just Save My Children,” a book embraced by parents all over the world. Some of his works have been published in four languages.

Richard O’Ffill’s parents, Pastor Daniel Wesley O’Ffill and his wife, Lillian Lane, set the example early in following Christ. They named Richard after the famous Elder Richards of The Voice of Prophecy. Apparently the two men had a deep friendship. It was O’Ffill’s father who encouraged Elder Richards to open a Bible School.

Having these two men as examples, Richard studied theology at Columbia Union College (now Washington Adventist University) where he met his wife Betty Eldridge. Betty would become the “behind the scenes” motivator, constantly being a source of encouragement and “spark” to his ministry. Both he and his brother, Duane, became pastors in the Ohio Conference. In 1962, Richard served three churches in one district and later moved to another district with three more. By then, the family had increased to one son and two daughters.

Having a strong desire to be a missionary, he wrote a letter to the General Conference (GC) of Seventh-day Adventists and they responded with an invitation to work in Pakistan. The year was 1966. His son Richard Jr. told us that the family celebrated Christmas on a cargo boat as they spent a whole month traveling on it to reach their new home. Once in Pakistan, O’Ffill became a Bible teacher and pastor what was then Pakistan Adventist College. Baby number four arrived there. He was later transferred to the Pakistan Union as a Departmental Secretary.

After Pakistan, Dick O’Ffill, as he was generally known, literally fulfilled the meaning of the “Advent Movement.” He taught at Auburn Adventist Academy in Washington for two years.

ADRA reached out to Richard Jr. who also works at ADRA as Information Technology director, to find out more about his father and the continuing legacy he left.

ADRA: Can you share with us Richard, why your father left teaching at the academy?
RO Jr.  He felt like he hadn’t fulfilled his commitment to the mission field. While he loved being a pastor and a teacher, he wanted to help people in a more tangible way. He again went to the GC and they sent him to Chile. He became the first director of the Seventh-day Adventist World Service (SAWS) in that country. He also learned to speak the language fluently. Years later he would make use of his fluency when preaching to Spanish-speaking congregations in the U.S. and around the world.

ADRA: So how did he develop the Adventist Development and Relief Agency?
RO Jr. “When he returned to the United States, he focused his efforts on establishing SAWS offices and programs in other parts of the world, beginning with Africa in Rwanda and Burundi under the leadership of Wally Amundson. Later he involved education to teach people to help themselves. He wanted to do more than provide food to a hungry village, he wanted them to learn how to improve their crop yields. The concept of working with government agencies and local communities evolved and grew larger. To this day, ADRA is still adding new programs. During his leadership SAWS increased its presence from five to 50 countries.

ADRA: Were there more frontiers for him?
RO Jr. “Yes. After serving as director for ADRA, we moved south where he served as director for Community Services and Prison Ministries. He also became the first Men’s Ministry leader in the Florida Conference.

ADRA: Then he retired?
RO Jr. “Yes, if you could call it that. Even before, but especially after he retired, he assumed the role of revivalist, and was invited to many camp meetings and churches around the world to hold revival meetings. He was featured in programs on the Three Angel’s Broadcasting Network (3ABN) and was a frequent guest on “Crosstalk,” a weekly interview program produced by Laymen Ministries. Retirement is also when he concentrated his energy on writing.

ADRA: What are you most proud of your father for?
RO Jr. “I am most proud of my father for the many lives that he touched. It amazes me how many people work in the ministry because of my father, or how many lives ADRA touches because of his vision. People left messages on his Facebook page telling how he helped them through some crisis. One truck driver wrote that he listened to dad’s sermons as he drove all night and how much that meant to him.”

ADRA: Is there a particular lesson that you learned from your father?
RO Jr. “A strong work ethic! From early on he stressed the importance and value of hard work and made sure we had jobs outside of the home. I passed this legacy on to my own children: my youngest son Carson was running ADRA’s mailing machines when he was 14!

ADRA: What do you think your father valued most in life?
RO Jr. His walk with God! He kept prayer journals for many years. We’ve been reading through them and they have been such an inspiration and encouragement to us, that we’ve begun sharing excerpts on his Facebook page. His prayer journals expose that he had a heart for God. He also had a burden for the inroads our society and culture were making into his beloved church and its members and encouraged through books and the spoken word that we hold fast to the pillars of our faith, and not let the culture break us apart as a family.

ADRA: Can you share a memory with your father?
RO Jr. “He and I – our focus – our brains were so different. Sometimes it felt I didn’t have much in common with him, but then the time came when he realized that he needed to get on the computer and reach a broader audience. He and I began to work on the first version of his website, revivalsermons.org, and it was a joy to bond together in this way, working together in ministry. His website is still available as a resource and contains many video, audio, and written versions of his sermons.

ADRA also reached out to Richard’s brother Pastor Duane O’Ffill. He wrote:
“I was able to spend two days with my brother early in March before the virus was a big deal. We got to reminisce about our childhood and our ministries. When I was about to leave knowing that I would not see him again in this life, my last words to him were – “I will see you in the morning.”

We all look forward to that blessed resurrection morning. Come Lord Jesus come.

The O’Ffill family will pay tribute to Elder O’Ffill’s life in a private service later this year. Condolences and remembrances are welcome at the following page: https://www.facebook.com/richard.offill.1.

In lieu of flowers, the family has requested memorial gift donations to be sent to ADRA at ADRA.org/donate

This article was written by Crystal Earnhardt and provided by ADRA.

Photo courtesy of the O’Ffill family.