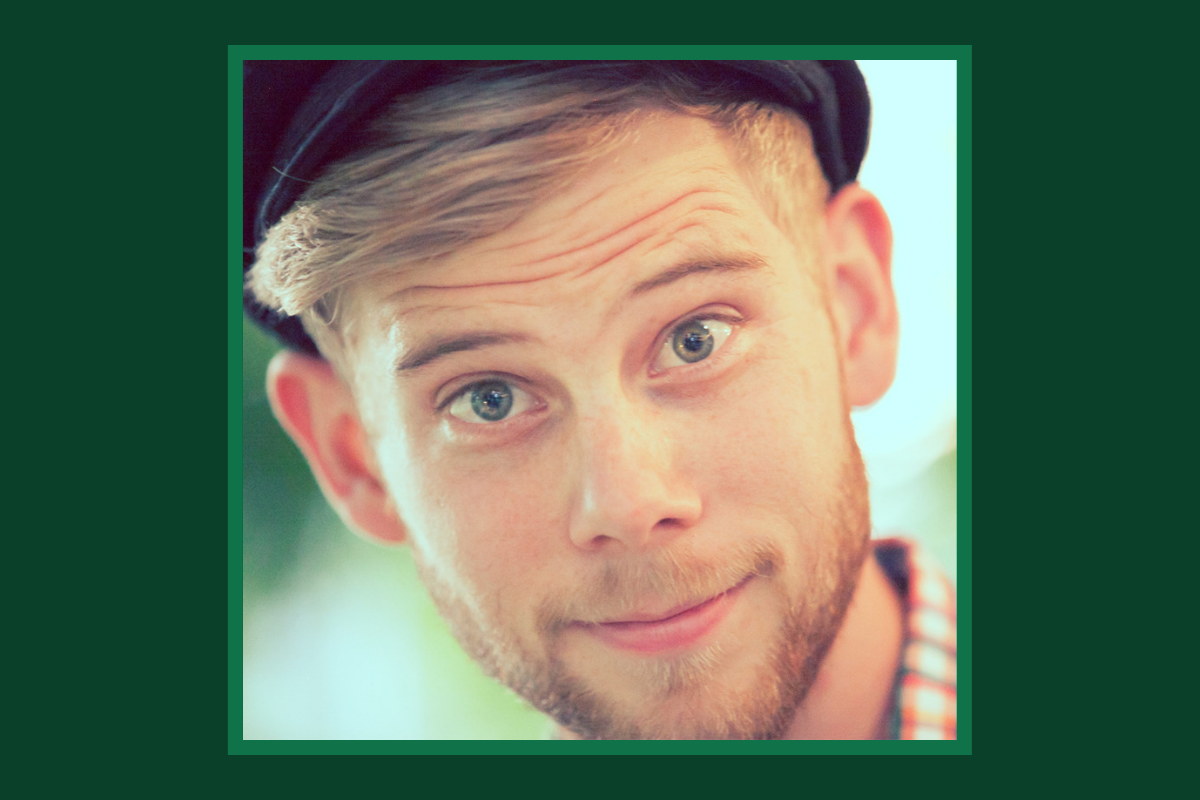 You have created the Something Good app, encouraging people to do one good thing every day. Can you tell us how it works?

The app is dead simple. It just shows you a random good deed — one per day — and lets you tap a button to say you did it.

When did you create the app? How many people have downloaded the Something Good app so far?

I created the app near the end of 2018, and released it in late January of 2019. In the seven months since release, the app has been downloaded over 600 times all over the world.

Who is the app for?

The app is for everyone, of any age/sex/race/background. During the creation and testing process I realized this app is also really accessible for those struggling with depression, because it promotes positive self-talk and has a low barrier to entry.

Can you give us some examples of "something good" that the app asks people to do every day?

The app suggests a wide variety of good things to do. Some for others, and some for ourselves. For example, you might get “say something nice,” “clean up a mess,” or even “save a life” (which is easier than you think if you’re a parent).

How many different ideas does the app have in its database to offer people every day? Where do you get the ideas from?

Right now there are about 130 good things in the app’s database. I’ve populated the list with ideas that come to me organically and suggestions from people who use the app. It’s been great for me, too, because it’s helped train me to watch for the goodness that happens around me.

What if you are a user of the app, you get your day's idea, and you don't like it? Can you go on to the next idea?

Yep! One of the v1.0 features was the ability to get something else. This comes in handy every time I get “watch a sunrise,” because I’m totally not a morning person.

If you get a deed you won’t be able to do that day, you can shake the device or tap a button to get a new one.

How did you get the idea for creating the app?

The inspiration story for the app is the heart and soul of this project for me. Since graduation from Walla Walla University in 2009, I’ve been working in the field of graphic design and web development. The last few bigger contracts I took were of increasing ambition, which also meant they were of increasing stress and consequence.

Most recently I led a team of designers, developers, and architects all over the world who were fulfilling year-long Google contracts. The ambition was high, but the human cost was also high. Unless you’re very careful, people can start to feel like numbers with little intrinsic, human value. This happened to me, and I burned out.

In my attempts to stave off negative self-talk and re-establish self-worth, I discovered a longing to do something good in the world — not just something that a client would pay for. Pulling myself up by the bootstraps and building this app helped me personally, and now I continue to be fulfilled by its successes and people’s stories as they try it out.

What feedback have you received on the app so far?

The responses I get to this app are overwhelmingly positive! Everything from small celebrations when people enjoy the app’s daily item to Karl Haffner’s recent recounting of a heartwarming story he experienced (he swapped airline seats with a little girl who was enamored by the “billionaire seats”).

One reviewer on the iOS App Store said “this app gives me purpose.” I even know a school teacher who uses it to help her students all do something good each day. It’s a huge source of joy in my life.

Why do you think we need an app to tell us to do something nice for someone? Can't we just do it ourselves?

Simply put, it’s too easy to just forget. Our default is to care about our own selfish interests, but true happiness comes from caring for others as well as responsible self-care. The app helps people be intentional about doing good, which is a key step we often miss about habit building.

One other way the app works is by helping us simply recognize the good things we already do.

When someone is caught in a negative self-talk trap they often ignore the good things they do, so this app helps them objectively see their own value.

Is this the first app you have created?

I’ve worked on large-scale web applications and Progressive Web Applications (PWAs), but this is my first app for native devices (iOS & Android).

What is your day job now? And please tell us more about your previous high-stress job.

Right now my day job is my own design and web development business: Kevin Coleman Design. I work from home, which is phenomenal because the rest of my job is taking care of my beautiful one-year-old, Nora. I also teach Typography and UX classes in the evenings at Walla Walla University.

The previous high-stress jobs were in design and development agencies. I had one job at Premier Cellar as a designer/developer for HTML email marketing, one at K3 Integrations as a UI/UX Designer for custom web applications and integrations, and one job at XWP as Team Lead for a globally distributed team working on WordPress core and Google plugins. All good places — just high stress and a lot of importance placed on quick-turnover jobs.

What is your degree?

I graduated in 2009 from Walla Walla University with a BS in New Media Imaging (basically web design), which has set me up well for the ever-changing tech landscape.

What do you hope to do in the future?

I love what I’m doing now, so I’d absolutely love to be able to be a creative director on a larger team doing similar things to Something Good. Because of the mission of Something Good I plan never to monetize it. If other apps brought income I’d be ecstatic to be a from-home app developer.

Where do you live? What do you do for fun?

I live in an old historic home in Walla Walla with my lovely wife Mindy and my adorable daughter Nora. In my free time I like to do all sorts of things. I’m a many-hat-wearer. I do custom hand lettering, hobby letterpress printing, home improvement projects, and I’m currently working on getting my private pilot’s license. I also enjoy tabletop games and going swimming at Walla Walla’s newly remodeled city pool. Mostly, though, my free time is spent playing with and reading board books to Nora.