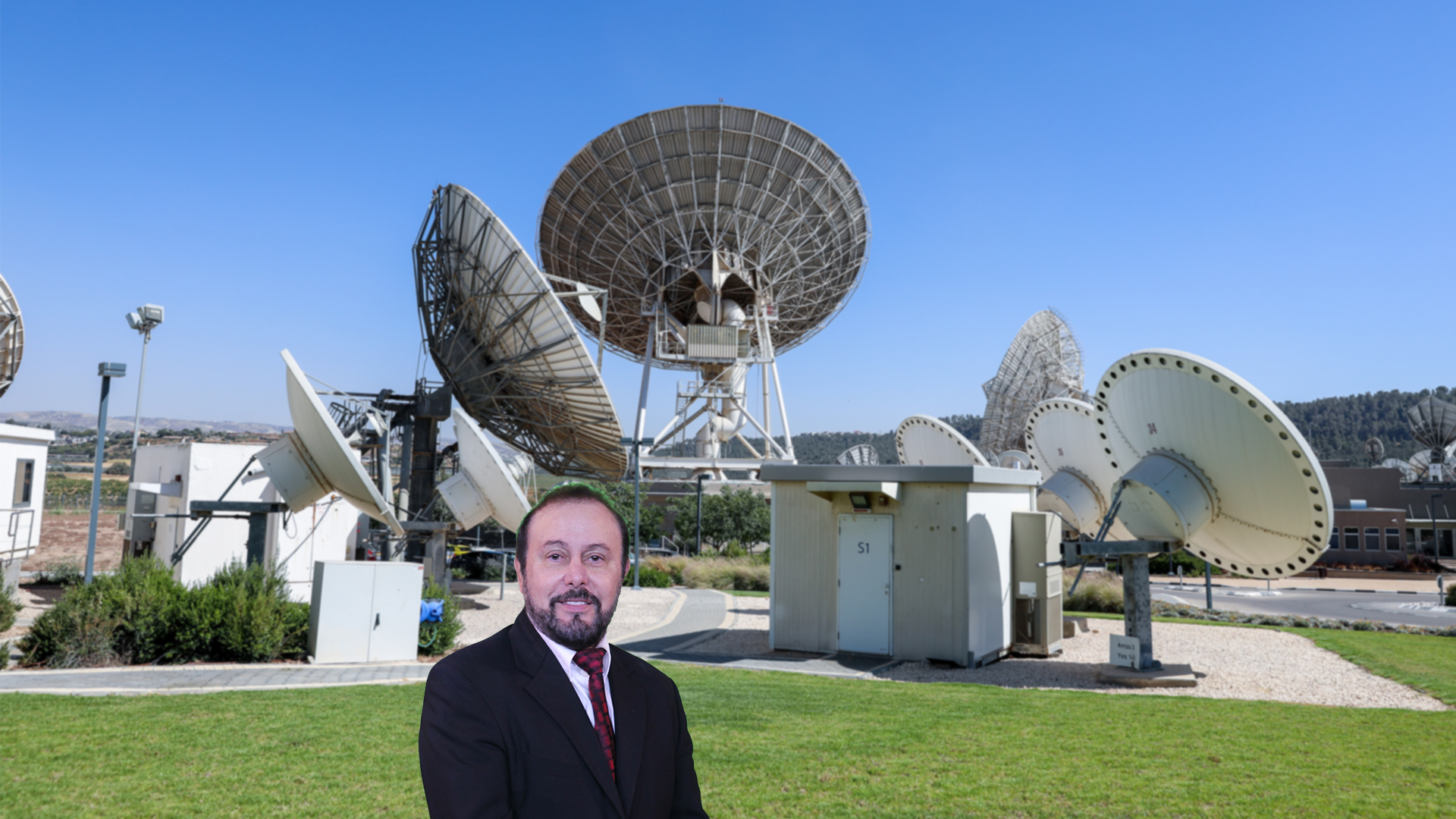 Ganim Hanna, president and CEO of the Loma Linda Broadcasting Network, talks about what LLBN is doing to keep up with the latest technology and make sure its eight channels of Christian programming reach people everywhere.

LLBN TV, or the Loma Linda Broadcasting Network, introduced new live video streaming in the previous few months, and released apps for Apple and Android, so that people can watch LLBN on their phones anywhere in the world. What response have you gotten so far? How many people have downloaded the apps? Has your viewership grown?

We’ve been delighted with the response. We have had more than 2,300 app downloads total in both Apple and Android formats since their introduction in October 2018. More downloads occur each day.

Furthermore, we’ve since learned from numerous viewers that they share their mobile viewing experience with others, whether it’s witnessing, study or playing music among family or friends. Mobile phones are everywhere and apps are highly reliable, easy to work and therefore a daily part of people’s lives. So this particular distribution venue is extremely beneficial in spreading the message of Jesus Christ to the world.

We also live-stream all eight LLBN networks on YouTube as well as our website. According to YouTube, there are more than 1.9 billion logged-in users each month, many of whom view the service every day. Since launching live-streaming on YouTube a year ago, LLBN has totaled 8.9 million views. Currently, more than 70 percent of all YouTube watchtime now comes from mobile devices, so it’s vital that LLBN be available via mobile apps.

LLBN has eight channels in multiple languages, with shows that range from Bible studies to cooking to parenting and relationship advice to sermons and talk shows. Where does all of this content come from?

Some shows are produced in-house; some by affiliate churches such as live Sabbath service, vespers or similar broadcasts; others from private producers making Christian-themed shows for LLBN, and some are paid programs.

Besides the new streaming options, how do people access LLBN programing?

Who is watching the different LLBN channels? What do your viewer statistics tell you? How far is your reach?

LLBN via home satellite, Internet protocol TV, and traditional terrestrial broadcasting, is available in 147 nations. We have reached around 50 million households. Since most households have more than one TV viewer, we believe viewership numbers are significantly higher than the estimated number of households.

These numbers do not include the rapidly emerging venues of social media like YouTube and mobile phone apps, which can equate to millions of additional viewers. These new platforms just launched within the past year, so we’re still getting insight on who’s watching LLBN there.

Then, there’s the knowledge gained by reading the cards and letters we have received regularly over the years. Many are from Seventh-day Adventists worldwide and a surprising, recurring theme is from those who, for a variety of reasons, cannot attend regular Sabbath church service. LLBN is their only link to church and fellowship with like-minded believers.  I’m humbled that these viewers depend so heavily on us.

With our mixture of languages and cultures, and receipt of many letters from non-Adventists who regularly watch our channels around the world, we know LLBN also reaches a large number of multiple Christian and non-Christian denominations.

What are LLBN's most popular shows?

As I mentioned, weekly Sabbath programming from sundown to sundown is our most heavily viewed time due to the many live Sabbath church services and related programs aired, such as “Christian Connections,” “Excavating the Bible,” and “Flame of Truth,” among others.”

Music programs are heavily watched outside of Sabbath,  in particular, the daily “Heritage Singers” classics and “Gathering Place.” Other shows drawing good audiences during the week are Bible study series “Searching for Answers” and “God’s Prophetic Surprises” or GPS.

How many people work for LLBN?

You started LLBN in 1998. What prompted you to start a TV network?

I’ve always remembered that statement. It later led me to start LLBN to address, in part, the dearth of respectable family programming and wasteland of negative images that ruled commercial broadcasting and cable TV well into the 1990s.

So along with some like-minded Seventh-day Adventists, such as engineers Gary Schiller and Marlon Paley, we together launched a non-commercial, viewer-supported Christian TV service emphasizing Bible-based values, faith, and healthy living — in stark contrast to the video wilderness that had only worsened since Minnow’s day.

Actual planning for LLBN began in 1994, and short test broadcasts began a few years later, but we credit 1998 as the year we actually began regular daily service on a local cable TV channel.

Being in Loma Linda was a major benefit due to its huge concentration of committed, mission-driven Seventh-day Adventists. They helped get LLBN off the ground.

Engineers Gary Schiller and Marlon Paley were with me from the beginning and are still with LLBN today. They remain highly committed and faithful to spreading the Gospel of Jesus Christ.

What experience in television and broadcasting did you have? What is your background?

I studied business administration and electronic engineering which providentially prepared me for my journey with LLBN. I also learned through hands-on experience (a great teacher), many wonderful mentors, and credit our Lord for wisely guiding me during many difficult decisions.

What plans do you have for LLBN in the future?

There are three primary objectives: first, maintain and expand the worldwide distribution infrastructure; second, stay at the forefront of new technology to keep LLBN up-to-date; and third, produce more Christian programs relevant to the challenges facing our faith, hope and survival in an ever-failing world.

Do you get significant support from Loma Linda University and the health system to run the network? Where does the funding come from?

LLBN, as an independent, 501 (c)3 non-profit organization, receives nearly all its funding from faithful viewers worldwide who support our ministry to meet our mission and goals.

Who are LLBN's main competitors? How is LLBN different than other Adventist Church broadcasting?

We differentiate ourselves as being primarily educational in nature with an emphasis on increasing Biblical knowledge. This is supported by many programs that emphasize Bible teachings. Knowing Jesus Christ is central to our mission of introducing as many people to His Kingdom as possible.

As for other Adventist, Christian and private ministry channels, we are brothers and sisters in Christ. We all work for the same Master.

What have you learned in 21 years of running LLBN?

Patience, for God does things in His own time.  Also, how to recognize a divine appointment, seize and act on it.

So many times we’ve been faced with choosing between two diverse paths in diametrically opposed directions. But by asking, “What best serves spreading the Lord’s message?” we have always made the right decision.

This includes taking major leaps of faith when funds or related components impacting a decision were not fully secured. Our belief that God will help us at the right moment to complete the task has never been misled.

We are planning construction of a new studio and office complex to consolidate multiple LLBN operations now scattered in rented buildings across the area. Commercial leasing has become financially unviable here. We genuinely need this updated facility to improve both our productivity and finances, and we’re confident God will guide us in making the best decisions as we soon break ground.  He made Himself known through nearly two decades of LLBN’s continued success. 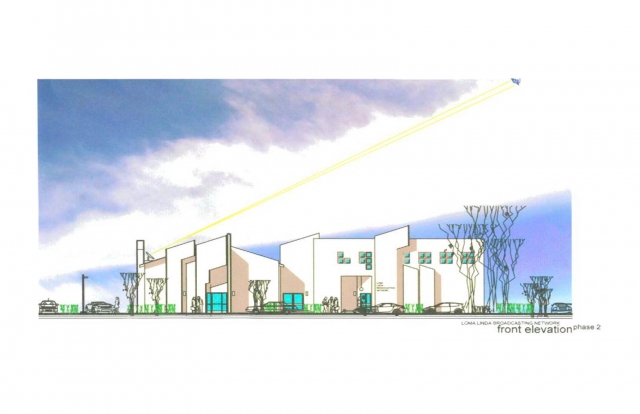 Photo above: Architect's drawing of planned expansion of LLBN studios and office facilities

Finally, LLBN is truly blessed by not being dependent on ratings, selling commercials or retaining highly-paid performers to survive. We are all Christ’s servants, and by putting Him first, we avoid the pitfalls of vanity, self-importance and over-indulgence so prevalent in the secular media and elsewhere.

Romans 12:2 says it best: “Do not be conformed to this world, but be transformed by the renewal of your mind, that by testing you may discern what is the will of God, what is good and acceptable and perfect.”