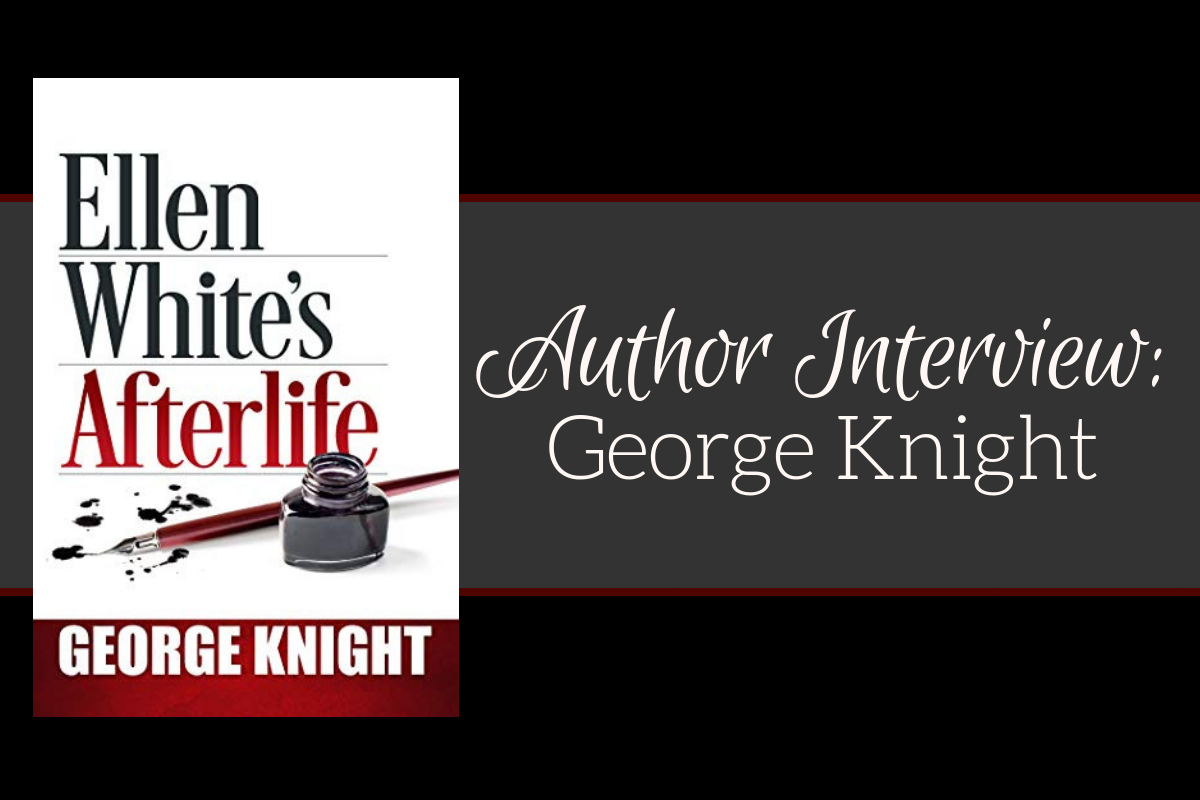 Question: Dr. Knight, as church historian, you have written more about Ellen White and her ministry than probably any other person. What prompted the writing of yet another book?

Answer: My previous books on Ellen White have dealt with her life, ministry, and the interpretation of her writings. There has been a great need to understand the treatment that she and her writings have undergone since her death. This book seeks to fulfill that need.

You are known for some of the startling book titles you’ve had over the years. This is no exception — Ellen White’s Afterlife. Could you elaborate on that?

I have often said that any idiot can write a book. The big challenge is to get people to read it. And the first step in that direction is to get people to pick up the book and check out its contents. Challenging titles perform that function. Of course, catchy titles must be true to the content of the book if they are to be more than a gimmick.

What is the unique contribution this book makes in understanding Ellen White and her writings?

The unique contribution of Ellen White’s Afterlife is to trace the history of how Ellen White and her writings have been treated since her death. And that story isn’t always a pretty one, but it is essential for the church to understand if it is to truly comprehend the prophet and her meaning for the 21st century.

This year marks the 100th anniversary of the 1919 Bible Conference. One of the significant issues at that conference was how to view and relate to Ellen White's writings. What did the conference get right and what are some of the major issues in regard to her writings that the church is still dealing with 100 years later?

The 1919 meetings were significant for their openness in discussing Ellen White and the nature of her inspiration. Such openness, if it would have continued, would have saved the church from an “Ellen White crisis” in the 1970s and early 1980s. But due to the fundamentalist/liberal confrontation of the 1920s, the openness came to an end, to a large extent due to the threats and accusations of those Adventists who had swallowed the fundamentalist views on such topics as verbal inspiration and inerrancy — topics explicitly denied by Ellen White herself. The end result is that the denomination moved away from Ellen White’s understanding and that of her closest colleagues and created a mythology that caused a crisis when the facts began to come to light in the 1970s. One result is that Adventism is still struggling with topics openly discussed in 1919 related to the nature of inspiration and the place of Ellen White and the role of her authority. The leaders in 1919 were closer to the mark on those topics than we as a denomination were in the 1960s.

Following up on the previous question, in your view what is the most widespread misconception in the church today regarding Ellen White’s ministry and writings.

Probably the most widespread problem with the church today regarding Ellen White’s ministry and writings is that her writings should be used as a Bible commentary and as a source from which to do theology — two ideas she rejected in her lifetime.

One of the dynamics in play at the 1919 Bible Conference was the fact that Ellen White had passed away just four years earlier — the church was coming to grips with no longer having a living prophet. Is it inevitable that a church's relationship to a prophet living in its midst will be different than its relationship to one who has been dead 100 years? If so, what differences would you expect?

As a church without a prophet, Adventism was challenged to face more seriously the nature of her work and her role in theological discussion. Since she was no longer alive to state her opinions and modify excesses, it had (and has) fallen to Adventism’s thought leaders to go back to her writings and church history to gain an understanding. Not to do so is to move forward in ignorance — an ignorance that can be destructive due to the power of prophecy in both the Bible and the history of the church.

Ellen White and church leaders didn't always see eye to eye when she was alive. What do you think the relationship would be between her and church leadership should she be alive and ministering to the church today?

If Ellen White were alive today she would be performing the same role as she did during her 70-year ministry. One aspect of that ministry was to confront leaders who were overstepping the bounds and to direct them back to balanced principles in harmony with God’s Word.

What have Ellen White’s writings meant to you personally over the years, and in your ministry?

Ellen White has meant and continues to mean a great deal to me in my life and ministry. At the top of the list is that she has always pointed me to the Bible and to Jesus. Beyond that, her insights into the plan of salvation and the issues in the great controversy between good and evil have done much to enrich my understanding and life. I find her writings supercharged with biblical wisdom and spirituality.

Ellen White’s Afterlife: Delightful Fiction, Troubling Facts, Enlightening Research is available from the Adventist Book Center and Amazon.com. Call the ABC (1-800-765-6955) or visit their website to order the paperback copy. The ebook is available from Adventist-ebooks.com in a variety of formats and from Amazon.com for Kindle.

Dale E. Galusha is president of the Pacific Press Publishing Association. This interview was provided by Pacific Press.