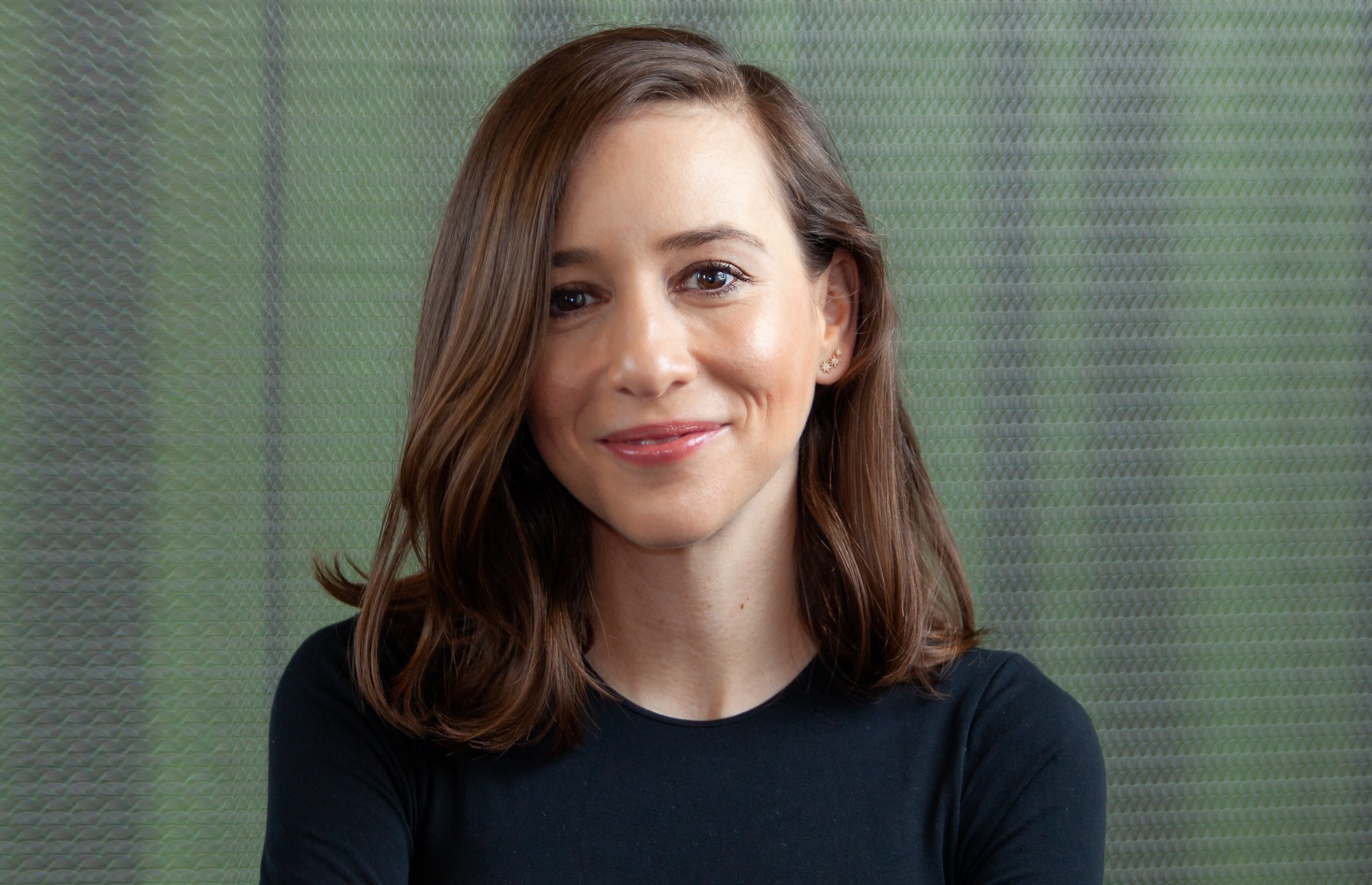 Sasha Sagan talks to Spectrum about her new book For Small Creatures Such as We: Rituals for Finding Meaning in Our Unlikely World. In this exclusive interview, she discusses immortality, the meaning of life, and why this book is for non-religious people and Christians alike.

Question: You were brought up in a secular home by the famous astronomer Carl Sagan and Ann Druyan — your parents. Did you talk about spiritual things as a family?

Answer: In a way, almost everything we talked about was “spiritual.” Words like “spiritual,” “magical,” and “sacred” come from theism but they also apply to that sense of profound meaning we can get from understanding our place in time and space as revealed by science. My parents taught me that the verifiable, provable things were no less meaningful because they were supported by evidence, but rather more wondrous because they were. They taught me to love learning and to see deep understanding as a source of awe.

But if you mean “spirituality” in the sense of religions and theology, the answer is also yes — all the time! Religion was certainly not censored in any way in our house. We often had religious dinner guests, including clergy members, and discussed and debated philosophy openly. My parents wanted me to understand what people believed the world over and throughout time. My parents taught me Bible stories — not as history but as important pillars of civilization. They felt that without learning them, my education would be nowhere near complete. As I write in my book, my nanny, Maruja Farge, who lived with us from the time I was six weeks old until I was eight, was an enormous influence on me and one of the people I have loved most in my life. She was a devout Catholic and took me to church with her sometimes, which I enjoyed. From a very young age, I knew that her beliefs were different from my parents’ and that was perfectly fine.

I also had a wooden toy Noah’s Ark set that I cherished!

You have said that your dad taught you about immortality. What did he teach you?

He taught me that on the scale of the universe, human life is very short and we have no proof of what, if anything, happens afterwards. We live on a little planet that orbits a yellow star that has another five billion good years before it implodes. We live in a universe where change is constant and even stars die. We have no evidence to suggest that immortality exists for anyone or anything. Life is finite. And in part, because it is not endless, being alive, here and now, at this very moment, is profoundly special.

As a child, did you ever feel that you were missing out on being part of a faith community or church family?

Well, we are secular Jews so it wouldn’t have been a church family per se, but no. Maybe because I have the same best friends I’ve had all my life. We are still profoundly close even though we live all over. Beyond my family, I’ve always had them to lean on, to laugh with, to cry with and thanks to modern technology we all still talk constantly and see pictures of each other’s children and travels. I feel and have always felt very much a part of a community because of them.

When your dad died when you were just 14, did you wish that you believed in eternal life the way that Christians do?

The question of what happens after we die plagues us humans, maybe more than any other. Our species has had so many different theories over the eons. My dad famously said, “I don’t want to believe, I want to know.” I feel the same way. That isn’t to say I have total conviction that there is nothing after this but a kind of dreamless sleep. I just reserve belief without evidence, so I will sit with the ambiguity until my time comes.

In the meantime, what I do know is that I was very fortunate to have 14 years with a loving, brilliant, interesting and interested dad. I don’t think something has to last forever in order to be wonderful and lucky.

You have recently published a book called For Small Creatures Such as We. In the book, you describe non-religious rituals and traditions you are creating for your own daughter. Can you tell us about one of these? Why do you feel they are important?

Secular people need to process the constant changes that make up life on Earth, too. We also come of age, we also get married, we also lose people we love, we also want good cheer in the depths of winter. Long before monotheism, people all over the world found inspiration for rituals and holidays in the natural world, in what we now call biology and astronomy. The changing of the seasons has been a particularly popular one, often on or around the solstices and equinoxes. We didn’t always know that they were the by-products of the Earth’s axial tilt, but we found patterns in the way day and night, warmth and cold, death and rebirth came and went. Many modern monotheistic holidays are built atop and timed with those events.

My husband’s family has historically been Christian. Our daughter gets a secular Christmas every year through them. And she gets a version of the secular Hanukkah I grew up with through me and my side of the family.

I don’t feel we must completely throw out the rituals of our ancestors because our philosophies don’t align. I feel I am honoring the people whose genes I carry when I light the menorah even though I don’t subscribe to their theology.

But we also do something else in December that reflects what my husband and I think is profound and meaningful.

For me, the idea that after the winter solstice the days will start getting longer again, that spring will come, whether you believe or not, all because of a collision in our planet’s turbulent youth, billions of years ago, is so powerful. So on that night, we light some candles, exchange gifts, my husband and I make a toast and we try to explain a little astronomy to our little girl. In this way, we celebrate the intrinsically good news that, no matter what, tomorrow the light will begin to return. 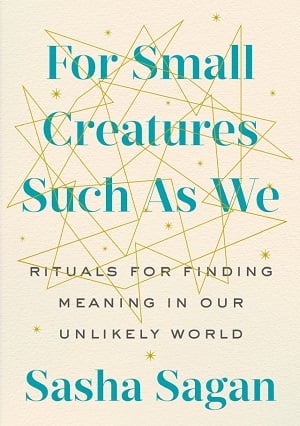 Your book talks about how to blend science and spirituality. What is spirituality to you? Explain how a non-religious person can be spiritual.

Well, as I mentioned above, the English language may be missing a word here.

But for most of history, the better we managed to understand nature, the changing seasons, the phases of the moon, birth and death, the better we thought we understood our gods. Somewhere along the way, a conflict arose and science and “spirituality” parted ways, but this is relatively recent in the scheme of our history as a species.

As I write in my book, when I was young my parents taught me that there was a secret code in my blood that connected me to my ancestors, to people whose names I would never know, but who I carried some tiny part of within me. DNA is verifiable whether you believe in it or not. It requires no faith. And it provides that spine-chilling thrill — that feeling of being part of the grandeur, and goose bumps at the interconnectedness of it all. I feel the same way about our place in the universe. For a long time we humans assumed we were the center of everything, but the more we learn the more we realize we are a miniscule part of the vastness. How astonishing and awe-inspiring it is for our species to begin to understand how enormous the universe is. That the cells in our bodies came from stars many light years away. For me, like my parents and a lot of secular people, these kinds of ideas evoke the same feelings the devout might derive from religion.

What do you believe the meaning of life is? What does your book tell us about this?

Far be it from me to answer that question for anyone else. For me, it’s the love I feel for my husband, for our daughter, for our family and friends. Feeling those moments of joy and appreciation for being alive. It’s also the deep sense of fulfillment I get from learning as much as I can, from understanding, from connecting dots, learning how interwoven life on our planet really is. Revelations in a different sense of the word, I guess. I also derive meaning from working to bring the world a little closer to how I wish it to be, whether that’s through volunteering, protesting, or making a donation.

The thing I admire most about organized religion is the social expectation to do good works. And I think that for those of us who do not believe there is a moral safety net or that everything happens for a reason, we must also realize it’s our duty to put the work in to make the world more just.

Would you recommend this book to people who are religious and believe in God? What will they get out of the book?

I have many people in my life who are devoutly religious, especially members of various Christian denominations. I love them and I thought of them often while writing my book. I don’t think that understanding the patterns and rhythms of life on Earth, how they happen, and how humans have celebrated and honored them throughout time is any less interesting to people who have deep faith.

Thank you for writing a book that gives us more insights into the mind of Carl Sagan, and into a beautiful father-daughter relationship. What is it that you hope readers will take away from your book?

That the provable, verifiable elements of nature as revealed by science can provide that profound sense of beauty and joy. And that no matter what you believe, no matter what the specifics of your customs or theology, around the world and throughout time we are all celebrating and marking the same changes: births, coming-of-age, death, the passing seasons. We are all trying to get the hang of being alive on this planet and process the endless changes that make up our lives.

What do you do when you are not writing?

I am the mom of a very lovely, very chatty little girl and the wife of a kind, loving man with whom I have been in love most of my adult life. We travel, we read, we go on small adventures to places like museums and aquaria. It’s been harder in the last few years, but I try to volunteer whenever I can. We’re actually very wholesome, I swear!