Pulling Back the Veil on Abuse in the Church

Pulling Back the Veil on Abuse in the Church 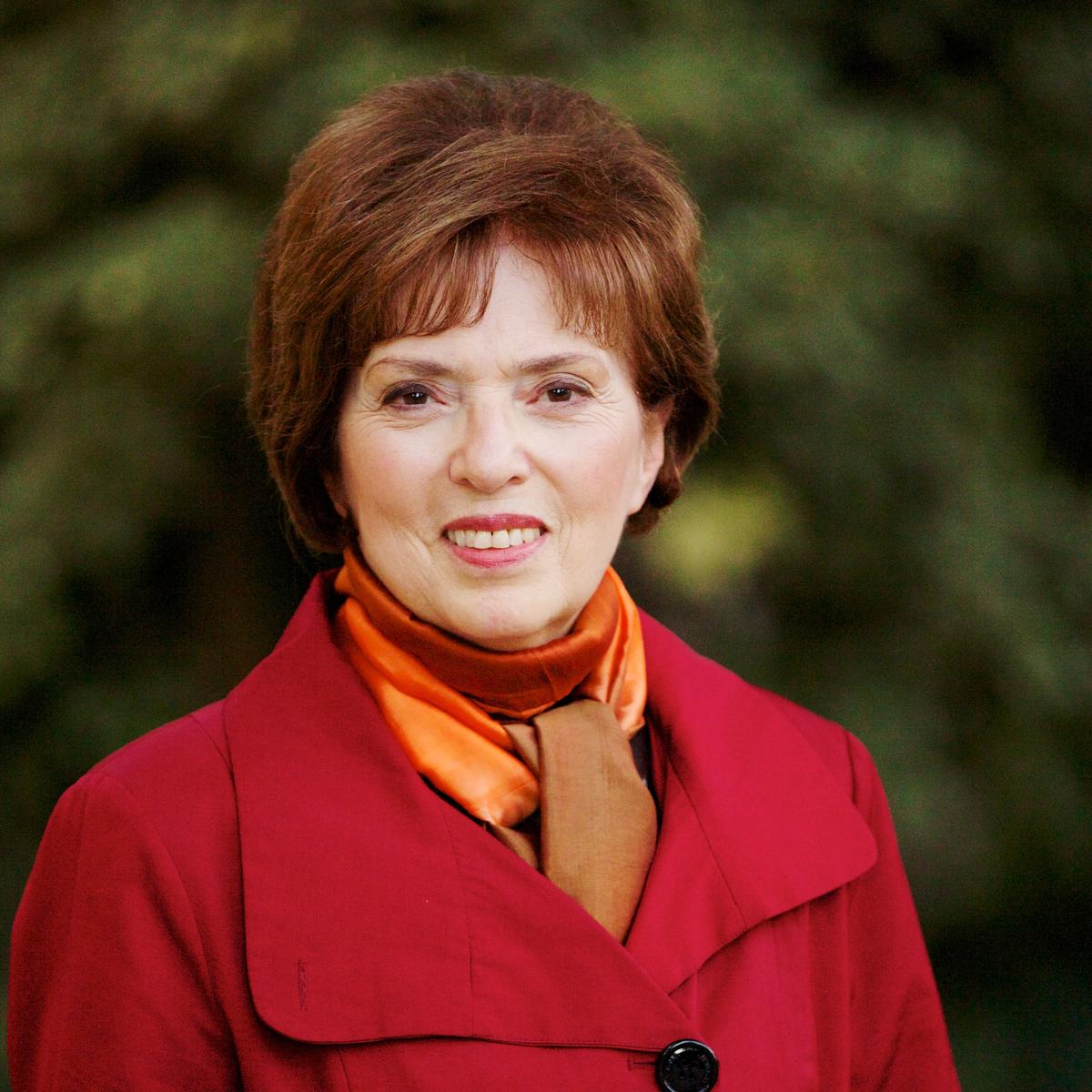 Lourdes Morales-Gudmundsson, president of the Association of Adventist Women, talks about the Association's upcoming conference on domestic violence and sexual abuse in the context of the Adventist church and other faith communities.

Question: The Association of Adventist Women is sponsoring a conference called “Unveiling: Women, Faith and Sexual Abuse,” to be held in Riverside, California at the end of October. Why did you feel there was a need to host a conference on this topic?

Answer: The news media is carrying reports every day about new cases of sexual abuse by clergy. Our own church through ADRA and the General Conference Women’s Ministries launched the EndItNow campaign in 2010 to collect one million signatures to send to the United Nations expressing our church’s support of actions that will put an end to violence of any kind perpetrated against women and girls worldwide. As the oldest, continuously active Adventist women’s organization, we could hardly keep silent about this issue.

The title of the first lecture of the conference is “Addressing the Reality of Domestic Violence in the Adventist Church.” What can you tell us about Dr. Victoria Jackson, who will be delivering that talk?

Dr. Victoria Jackson holds a doctorate in Social Work and teaches at Loma Linda University. She will be sharing some surprising statistics about sexual abuse in our church, nationally and worldwide.

Is there a problem with domestic violence in the Adventist church? Are we as a church not addressing it?

Currently, the church is addressing this issue with statements, online workshops, and summits, but it’s still not clear whether or not there are viable programs and procedures that hold offenders accountable in meaningful ways.

People are becoming increasingly aware of sexual abuse and domestic violence as more women are coming out against pastors and other church leaders who have used their positions of authority to prey on vulnerable women. Our church’s way of dealing with pastors accused of sexual misconduct has been to move them to other churches where principally unsuspecting girls and women fall under their nefarious influence.

Is there evidence to support this?

The information I have is anecdotal, from stories shared with me personally by victims or friends of victims, YouTube and video stories. The stories are predictable: the offender preyed on her because she was emotionally vulnerable (i.e., seeking a father figure to protect her), she “gave in,” he continued abusing until someone outside the relationship or the victim herself called the perpetrator out. People in a position to help the victim either did not believe her or chose to cover for the offender in order to protect the institution's good name. One such story is Samantha Nelson's (see the Spectrum interview with Nelson here). She is now co-founder with her husband of The Hope of Survivors.

The conference is not all about Adventists — you have invited speakers from Islamic and Jewish faiths, as well as other Christians. Why did you decide to make this an interfaith conference?

We felt that we would be benefited from hearing about the experiences of women of other faith communities with this problem and learn about the ways they have used the legal means and spiritual resources of their faith to address it.  Too often Adventists are insular and only talk to one another. There is much we can learn from our sisters and brothers of other faiths, particularly about a problem that affects all of us. Finding solutions to a shared problem seemed the logical way to go. A sizeable grant from Versacare for this conference has confirmed that we made the right decision.

What are some of the other speakers and topics you are excited about?

There are so many! In the first place, we are excited that Mayor Rusty Bailey, mayor of the City of Riverside will kick off our conference. He is very pleased that an interfaith conference such as this will be held in his city.

Personally, I’m most excited about the presentations by Attorney Najeeba Syeed, a women’s rights activist within the Muslim community and Rabbi Rochelle Robins who heads the American Academy of Jewish Studies. Esther Miller’s presentation on her work with victims of sexual abuse by Catholic clergy will be interesting to compare with our own and other faith communities.

How did you choose whom to invite?

Two of our current officers, Isabel León and Priscilla Walters, had contacts at Loma Linda University, so we started there with a group of outstanding women: Carla Gober, Barbara Hernández, Patti Herring, Victoria Jackson, and Lisa Sovory.

I was able to find the speakers from the Catholic, Muslim, and Jewish faiths.

We invited Samantha and Steve Nelson from The Hope of Survivors and they have sent us Elgin and Gail Jenkins to talk about the worldwide impact of their work with victims of clergy sexual abuse inside and outside the Adventist church.

Other speakers, such as Mable Dunbar and Heather-Dawn Small were well known to us for their work with women’s issues, and Dr. Neil Nedley came to our attention for his recent research on the brain and human sexuality.

Who will the attendees of the conference be?

We are hoping that the audience will be made up people who already work with victims of sexual abuse or domestic violence in some way, i.e. clergy and other professionals who work in churches and universities with members and students who have been victimized. And we want to hear from victims themselves.

What do you hope will be the outcome of the conference?

We hope victims of sexual abuse will attend to share their stories and receive affirmation and support. We also hope to network with organizations that address this problem and collaborate with them in ways that are meaningful for victims as well as perpetrators. Holding the latter accountable for their actions is part of what we see as our role in awareness-raising and educating.

Has the Association of Adventist Women ever held a conference on this topic before?

Yes, I recently learned that AAW has sponsored one or two workshops and has featured speakers on the topic of sexual abuse. Although AAW has always welcomed women of other faiths to their conferences and workshops, this will be, to my knowledge, the first intentionally interfaith event sponsored by AAW.

You have served as president of the Association of Adventist Women for a while now. How long have you sat in this chair? What do you feel are your biggest accomplishments during your time at the helm? What do you most enjoy about piloting the Association?

It has been one of the greatest challenges of my career as a professional woman to head this great organization since 2013. When I took up this task, the organization had been functioning under the able leadership of many capable women, but was in need of finding relevancy above and beyond the issue of women’s ordination.

The issue of relevancy has been our greatest challenge and, with this upcoming conference, we expect it to be one of our biggest achievements. We feel that our only hope of attracting young Adventist women to our organization is through our work with contemporary social justice issues. At the moment, sexual abuse and domestic violence offer opportunities for AAW to educate and train women and men to work with victims of these crimes.

Given recent votes taken at the 2018 Annual Council, we will inevitably continue to work with and support Adventist women in pastoral ministry.

What other events is the Association planning?

From 2013-2016 we have sponsored conferences on the campuses of Andrews University, Oakwood University, Southern Adventist University, and La Sierra University. In 2015 we ran a booth at the General Conference World Session in San Antonio, Texas and handed out hundreds of ampersand pins and informative pamphlets on the ordination issue, including a booklet by Ty Gibson, in which he supports the practice of ordination regardless of gender. We also organized a reception for women’s ministries directors from around the world. Our guest speaker was Pastor Hao Bin Wu who, at that time, was pastoring a 7000-member Adventist church in Beiguan, China as an ordained pastor.

As for future events, we are planning next year’s conference, possibly on the topic of human trafficking, and a workshop on feminine language and imagery of God when working with abused women and girls.

Do you feel the relevancy of the Association has increased in the era of #MeToo?

The #MeToo and @UsToo, and all the other movements that attempt to address sexual abuse and the power issues that surround it have opened a door of opportunity for a religious group of women such as AAW to educate our church on the sad reality of the presence of this type of abuse in our midst and provide resources that will break the stranglehold of silence that further victimizes the injured party while emboldening the perpetrator. There are enough biblical calls for justice to the powerless that should motivate us to continue down this path.

What do you do when you are not doing the business of the Association of Adventist Women?

I am now formally retired after nearly 50 years of teaching Spanish language and literature. I’m getting my second wind with AAW even as I continue to work on books and articles in my field of interest, Latin American literature of the 20th century.

My interest in biblical and social justice themes in the works of writers such as Gabriel García Márquez and Isabel Allende, among others, is reflected in my enthusiasm for encouraging AAW to use its influence and resources to help women dealing with sexual or domestic violence, human trafficking, separation of families at the border, and other social justice realities facing women and children.

Register for the October 26 and 27 conference at www.associationofadventistwomen.org, by calling 951-837-1450, or emailing women4ministry@gmail.com.