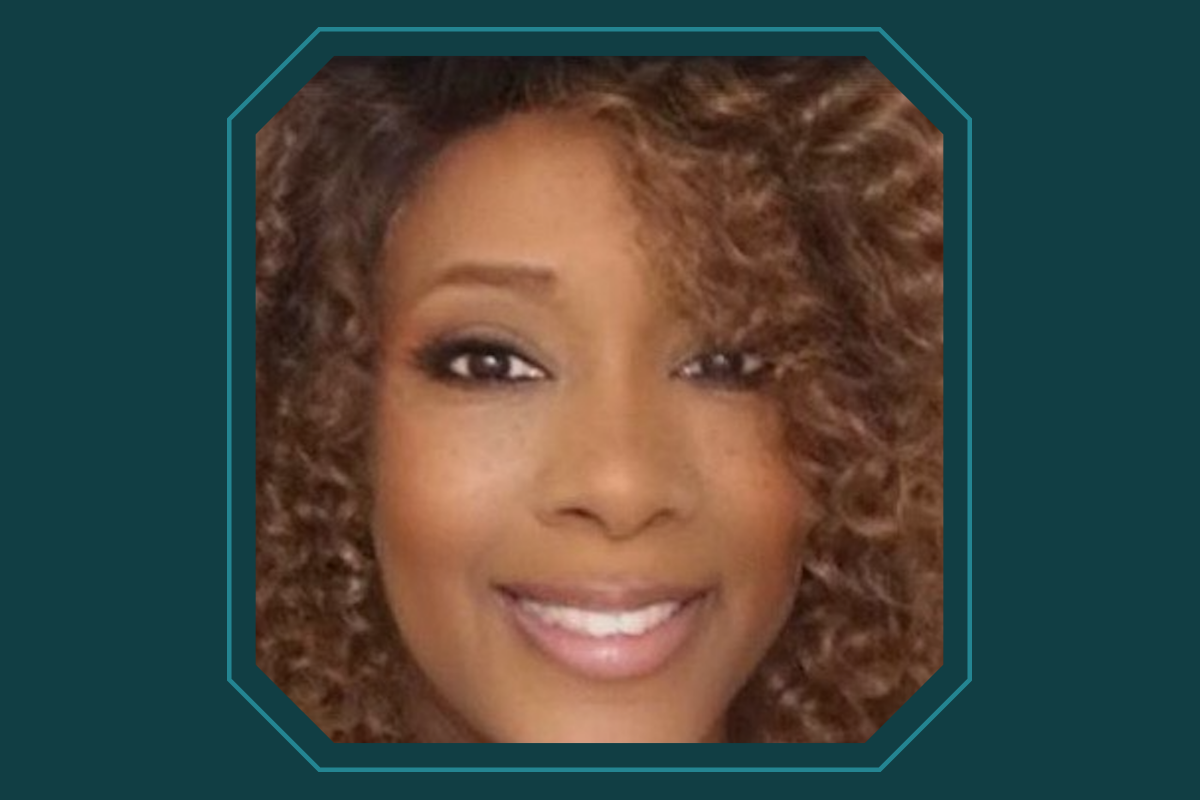 Sarah Sulton tells all about the group working to promote better diversity in the world of Adventist church music.

Question: You are CEO of the Adventist Musician Network. When did the group start and why?

Answer: The Adventist Musician Network is a networking group where Adventist musicians, singers, and music ministry participants can network, share information, and/or dialogue about music or the management of music departments within their local churches. This group discusses how to improve the quality of music within Seventh-day Adventist churches and professionally.

AMN was originally created in 2015 by Sean Wilson, a keyboardist from Florida, with the intent to provide resources, support, and networking among Seventh-day Adventist musicians worldwide.

We include the local pastor as a part of our membership to build relationships and to give voice to concerns from the musician’s perspective.

In December 2017, I was asked by Sean to assume leadership of the AMN group and take it to the next level. After careful prayer and seeking the Lord’s wisdom and direction, I became the CEO and voice for the Adventist Musician Network.

I have been very blessed to have an executive team to help implement the vision that God has given me for this next phase in AMN’s journey. The AMN executive team includes A. Kirk Blackwood, Joel Goodwin, Karen Cannonier-Harris, Pastor Kimberly Bulgin, Florace Alleyne, Darrell Alexander, Thomas McPhee, Angelina Jenkins Nichols, and Sean Wilson.

The Adventist Musician Network Facebook page has over 2,000 members. Where are the members located? Is the Facebook page the primary place where the networking happens? Do you have meet-ups?

Most of our interactions over the past three years have been through the Facebook (closed) group. We have expanded to plan for more organic and informal meet-ups at concerts or special events over the past 18 months, with plans to include a major event in 2020.

Our discussion posts are comprised of questions regarding ministry in the local church, specifics on techniques and engagement on various levels of the local church, professionalism in ministry, paying of musicians, partnering with the local pastor, education for professional artists and local church ministry, issues in music impacting Seventh-day Adventists and non-Seventh-day Adventist Christians, sharing music ideas and new projects, and concert information — just to name a few topics.

The Adventist Musician Network takes a hard but necessary position against self-promotion in our closed group. We believe that Scripture teaches us that others should promote us (Psalm 75:6-7; Proverbs 3:35; Matthew 23:12; Luke 14:11; 1 Peter 5:3) and that as Christians we should limit competitiveness, as it creates a barrier for working together in unity and learning from each other.

We also understand in now almost 2019 the need for marketing as professional artists and musicians to Christians, especially for those who make their primary living through music. The Adventist Musician Network Fan Page has been recently created for individuals to partner and collaborate with AMN in sharing their ministry with the public.

The Adventist Musician Network is working on a number of projects, including creating a hymnal and songbook that are less eurocentric and more representative of people of color — is that right? Why do you feel these are needed? What do you think is currently wrong with Adventist church music?

I was impressed by the Holy Spirit to create a hymnal in December 2017 that better reflected the diversity of cultures and musicality within the Seventh-day Adventist Church, in part based on a conversation with Dr. Cedric Dent, emeritus member of Take 6 and current Professor at Middle Tennessee State University. His insight on the lack of representation in church music for the African American Adventist congregant was an undeniable verity that helped define the missing piece: The Seventh-day Adventist Church shares a gospel worldwide to people who embrace the Adventist message of Christ’s love and the Sabbath but often lose their cultural identity during the weekly worship experience. Every culture has songs unique to their experience that speak to the love of Christ — from their worldview.

Our current Seventh-day Adventist Hymnal is beautifully comprised of songs that reflect one predominate culture’s perspective of worship for the local congregation. It is our desire to offer a balance (not replacement) with this hymnal, which will include songs of worship and salvation that is as diverse as the Adventist church’s membership worldwide, funded by the Adventist Musician Network.

The Adventist Musician Network would love the opportunity to partner with the General Conference of Seventh-day Adventists in the official SDA hymnal revision, as it has not been updated since the 1980s.

How is the Adventist Musician Network involved in the planning for GC Session 2020 in Indianapolis?

The Adventist Musician Network was privileged to influence the newly revised General Conference of Seventh-day Adventist Music Guidelines for GC Session 2020, based on the proposal submitted by our AMN executive committee. Pastor Cheryl Wilson Bridges, Pastor of Worship at Sligo Seventh-day Adventist Church, was instrumental in giving the Adventist Musician Network the opportunity to have a voice. We felt the previously posted GC Session 2020 Music Guidelines were inflammatory and unintentionally prejudiced against certain cultures and worship styles.

What other projects is the Network working on?

A few of our additional upcoming projects to begin for 2019 include:

• Development of an Adventist songbook for choirs, praise and worship teams, young adults, and AYS youth groups that are 100% written by Adventists and Adventist-raised songwriters and musicians.

• Becoming voting members of the Grammy Awards, the Dove Awards, and the Stellar Awards.

• Planning for the first Adventist Musician Network Awards in July 2020, Indianapolis, Indiana. This undertaking is being chaired by Thomas McPhee, AMN executive team member, minister of music, and musician in Texas.

• Expanding our social media base to introduce the Seventh-day Adventist church to the AMN musicians.

• Creation of the Adventist Musician Network Directory with contact information. This will be published and available to the public.

• Continue to become an advocate for Adventist musicians and singers globally within the Seventh-day Adventist Church through education of our leaders, congregants, and members.

Do you primarily represent musicians living and working in North America? How broad do you go? How global is it feasible to be? Surely you can't represent all musicians and cultures and musical styles?

The Adventist Musician Network is a global entity that receives support and engagement from as far as the United Kingdom, the Philippines, Russia, and Canada, in addition to the United States. It is indeed our goal to reflect the multicultural diversity within our church. Our executive team is in the process of including more diversity in its composition, reflecting diverse musicians and their needs.

Do you actively recruit members to the Network?

The Adventist Musician Network does not actively recruit to the closed group membership and has qualifying questions that must be answered for membership. Our newly created Adventist Musician Network Fan Page is both recruited and voluntary, as it is the platform for marketing and promotion of artists and their respective ministries to the public.

What do you feel that the Adventist Musician Network has accomplished so far?

During 2018, the Adventist Musician Network has:

• Transitioned AMN from a social media-only group to a business.

• Began to comprise committee for a multicultural hymnal optional for the Seventh-day Adventist Church body.

• Created Spotify Christmas Playlist “Christmas A.M.”, featuring AMN Members for the general public via streaming and developed by A. Kirk Blackwood and myself. All plays or streaming benefit the AMN artist and their music. This service will be expanded as monthly additional playlists will be created and marketed.

Do you run the Network full-time? If not, what do you do in your day job?

I am a proud graduate of Oakwood University and have a dual master's degree from Vanderbilt University in both community-based and school-based counseling. By training, I am a licensed professional counselor currently working as a school counselor in Nashville, Tennessee for the past 14 years. Previously, I worked as a clinical therapist and administrator in community-based counseling for 12 years. My areas of specialty include child sexual abuse, sex offenders, and working with young children.

I oversee the Adventist Musician Network as my second job.

Tell us about your musical background.

I have sung as an alto/tenor in choirs and small group ensembles for most of my life.

After planning a concert for a single ministry New Year’s gala in the early 2000s, I was asked to put together and coordinate a team of young adult volunteers from my church for the Stellar Awards being held in Nashville, Tennessee. Our team worked backstage with well-known artists, served as personal assistants, helped with stage production and served as seat fillers.

My experience in the music industry continued in working as a volunteer coordinator for the Urban Soul Café, headed by Carlos Hale.

From there, I volunteered for the Dove Awards as a seat filler and opportunities began to open for me, including planning major concerts and now Simplysaved Enterprise where I currently manage Patricia Leigh from Atlanta, Georgia. My artists over the years have worked as opening acts for many major gospel artists including Fred Hammond, Le’Andria Johnson, Virtue, and Donnie McClurkin. I am currently a member of NABFEME, Nashville Chapter, led by Gina Waters Miller, vice president and general manager of One Entertainment.

How did you first get involved with the Adventist Musician Network?

I became involved with the Adventist Musician Network by God’s providence. I was on Facebook, happened to come across the group page after receiving a notice that a mutual friend was a member, and joined on my own.

Is the Network modeled on any similar group?

The Adventist Musician Network is not modeled after any other social media group. It was created to address the needs of musicians within the Seventh-day Adventist Church in initially providing resources and support for Adventist musicians — a need that had not been previously met as a denomination.

Most denominations have a music representation from their organizational level, such as the Church of God in Christ. We never have. This opportunity has presented us with the challenge to educate from scripture and open the areas of dialogue between the musician and the pastorate — the church — both locally and denominationally. We are grateful to God for this opportunity to be called for such a time as this.