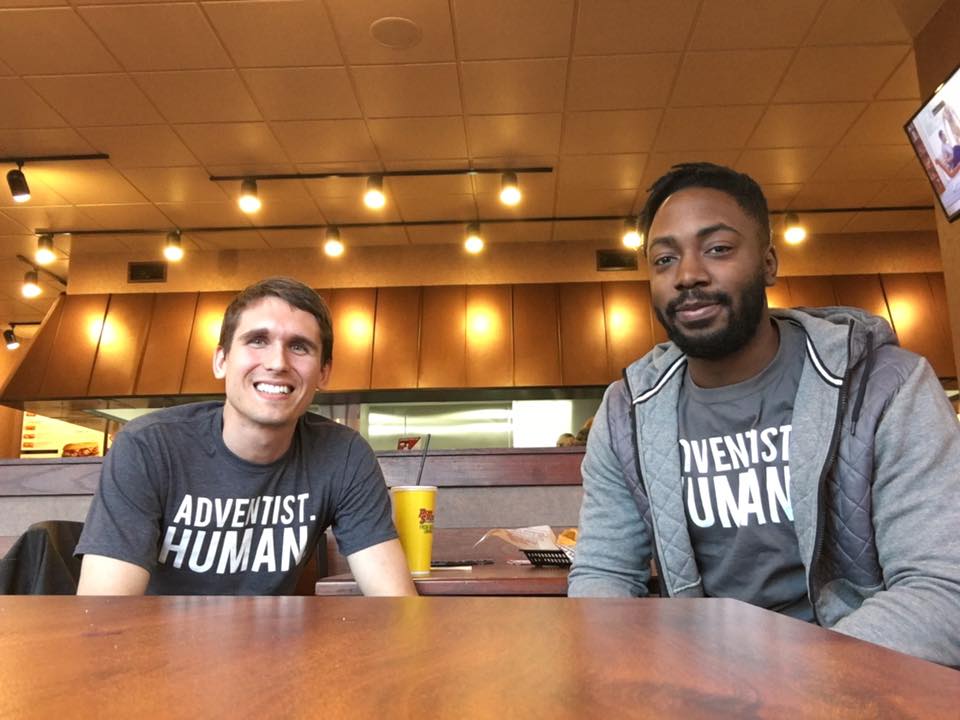 Kaleb Eisele works about 50 to 60 hours a week as a pest control technician in impoverished areas all over South Carolina. In the sanctioned hours in between setting up and taking down the pest control equipment, he sits in his work truck managing Humans of Adventism (HoA), a storytelling platform that shares the experiences and perspectives of Adventist people.

Heavily inspired by Brandon Stanton’s Humans of New York idea, HoA aims to provide an honest glimpse into people’s struggles, doubts, and successes. The idea originated as an attempt to get the congregation at Eisele’s local church to connect with his community in Orangeburg. He desired to bridge the gap in intergenerational communications, and craved to bring to light the raw versions of his fellow Adventists as they truly were, and not as they were supposed to be.

Eisele started with no money at all, equipped only with a Facebook Messenger app and a phone. He reached out to several people, hoping to build a team of photographers and interviewers from several college campuses.

“I have two main goals,” Eisele said in his recruitment email. “I want to provide a good place for us to connect over relevant issues and I want to create something that's accessible to people outside the church.”

Despite little luck in his original attempts at building a team, he went public with a Facebook page months later. At first, many of the HoA interviews were Eisele’s coworkers from when he worked for The Haystack, an Adventist media site. Fortunately, they connected him with others who’d been active in online ministry, and this newfound network collectively formed the foundation for HoA’s launch.

Aside from being driven to connect different generations, backgrounds, and cultures of Adventists, the root of Eisele’s inspiration for HoA was his own upbringing. He described his family during his childhood years as highly politically conservative, and his church as very religiously conservative.

His high school experience brought him his first exposure to many issues his classmates faced, including racism, public fear of immigrants, and sexism in school and church policies. Eisele said that these damaging ideologies led him to hurt a lot of people for a long time.

“I did not grow up as an accepting person, or one who wanted to hear the perspectives of other people. I lived most of my life on a construction site around people who didn’t value other races, feared people of other countries, and often mocked people of any other sexual orientation.

“Years later, when I was married and moved halfway across the country, God led me through my prejudices. It’s almost like he brought them in front of my face one by one and said ‘Look at this. Now let me show you someone being hurt by it.’”

Eisele has been able to reel in a large volume of stories throughout the year, featuring various subjects including abuse in the church, undocumented immigrants, and general social issues. While some of these stories have received negative feedback, stories featuring LGBTQ+ experiences have received the most backlash.

“People don’t just disagree, they want to personally silence the person who was willing to step out on a limb and share their experience. It can be scary, and we try to stay in touch with the featured person as the comments roll in to make sure they’re okay.”

His biggest obstacle has been the age gap between generations of Adventists. There have been elders who haven’t understood his approach or seen the purpose in what he’s doing, and have been less likely to share personal and vulnerable stories.

“There’s more ‘God language,’ lots of clichés, and an ultimate point of victory more than a story about something they are currently facing.”

To maintain the genuineness of the stories featured, Eisele has chosen to avoid sponsorship from corporate Adventism. He said that corporate Adventism tends to be uncomfortable with discussing issues like stories of abuse, racism, and LGBTQ+ relationships, and he doesn’t feel like HoA should exist if it must ignore those stories.

Another difficulty has been managing the fine line between honest conversations and attacks. There have been people who’ve been deeply invested in fostering healing in Adventist communities, and others who’ve only been supportive towards coverage of those with bad church experiences, yet absent towards the good and healthy stories experienced by others.

HoA has grown quickly throughout the past year, and recently partnered with 71.5 Magazine, a quarterly youth culture magazine run by the Georgia-Cumberland Conference. They were able to publish 25 original HoA stories in a physical format, shipping them all over their conference and the rest of the country, connecting stories from Adventists to the greater community.

“Not only are we seeing people get excited about Adventism again, our stories are being shared by people who have never been inside an Adventist church,” Eisele said. “We have Jewish, Muslim, atheist, Catholic, Baptist, and agnostic supporters among others. People want to see our community relationships heal, and they’re willing to support that even if it’s coming from a church they’ve never heard of.”

As HoA has garnered more stories, Eisele has been invited to several speaking engagements, including several podcasts and the Society of Adventist Communicators, an event sponsored by the North American Division (NAD) that was held in Columbia, Maryland in October.

As a keynote speaker, Eisele’s goal is to inspire connection and innovation. He wants to showcase how to do a lot with little resources, how to keep up with media trends, and how to share stories in real and practical ways. He strives to empower, support, and connect aspiring digital leaders to a greater purpose.

In the future, Eisele hopes to continue partnering with various ministries, eventually delivering stories through film, and creating something that all generations could participate in together.

“For really not being much more than a guy on a cell phone, [HoA has] grown into something much bigger and grown much faster than I was prepared for.”

“Despite being raised in wildly different circumstances, there are so many common threads to our daily existence. Most of us fear pain, enjoy good food, and wonder about our place in the world. Every Adventist college could use this. Every conference and union. There’s something about being transparent and open that builds trust between us and our communities.”