"A House on Fire” Examines Race and Racism within Adventism 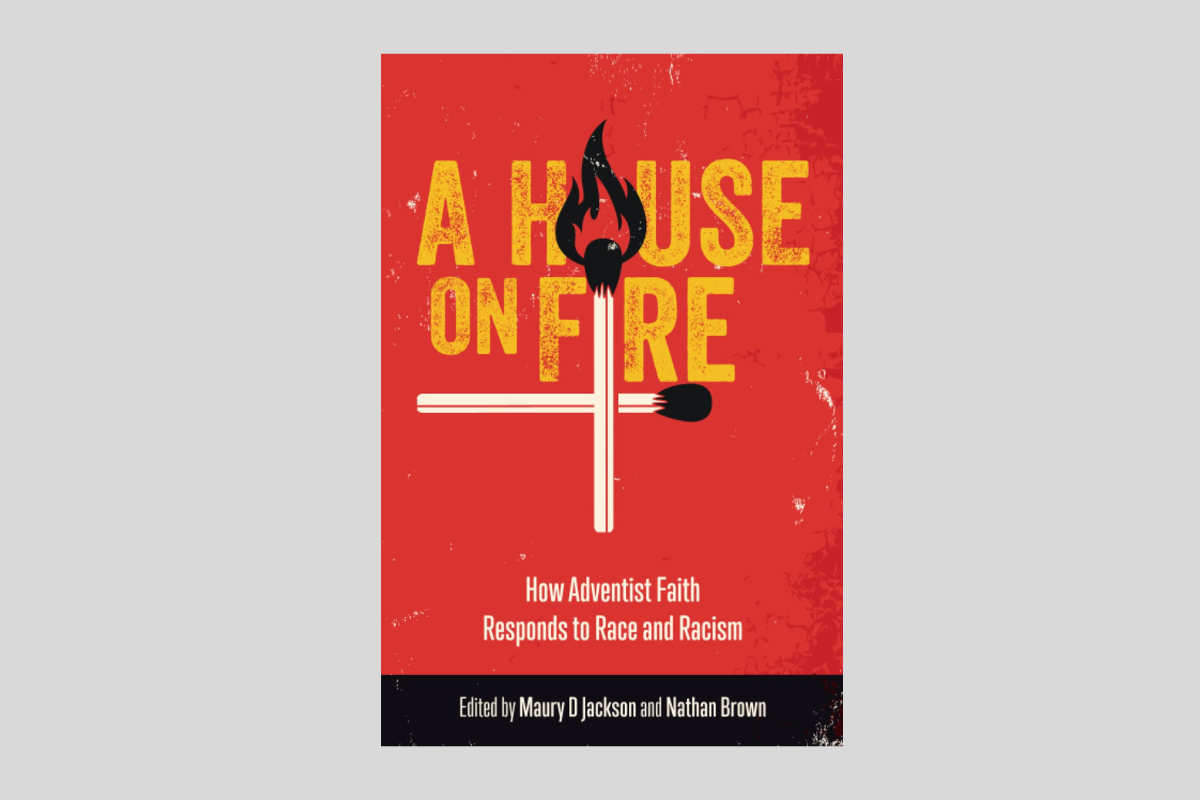 A House on Fire: How Adventist Faith Responds to Race and Racism, edited by Maury D. Jackson and Nathan Brown (Signs Publishing, 2022)

On September 15, 2020, just months after Minneapolis Police Officer Derek Chauvin was convicted of murdering George Floyd, the General Conference Executive Committee of the Seventh-day Adventist Church adopted “One Humanity: A Human Relations Statement Addressing Racism, Casteism, Tribalism, and Ethnocentrism.” The statement, affirming that all human beings “are made in the image of God,” stated,

We maintain our allegiance to the biblical principles of equality and dignity of all human beings in the face of historic and continuing attempts to use skin color, place of origin, caste, or perceived lineage as a pretext for oppressive and dominating behavior.

While the statement went on to acknowledge that “many believers and church organizations have absorbed sinful, dehumanizing ideas about racial, tribal, caste, and ethnic valuing” and noted the damage that absorption has caused, the statement remained frustratingly vague. Which believers? What church organizations? When? How? Why? The General Conference seemed largely noncommittal, at best, in addressing the underlying questions. And so, the task of delving into Seventh-day Adventism’s legacy of ongoing racism and excavating the resources Adventist faith and history might provide to right its wrongs fell to those “at the ground level of a ‘world church’ that responds to the issues,”[1] rather than to the world church leaders themselves.

A House on Fire: How Adventist Faith Responds to Race and Racism represents such a “ground level” response. A book born out of the same circumstances that prompted the “One Humanity” statement, it provides a careful, current, and fairly comprehensive Adventist approach to one of the most persistently intractable issues of our time.

Edited by Maury D. Jackson, a professor at La Sierra University, and Nathan Brown, a book editor for Signs Publishing Company, A House on Fire brings together 20 Adventist scholars and leaders of diverse disciplines and ethnic backgrounds to propose answers to several questions, among them: What are race, racism, and antiracism? How, when, and why did notions of “whiteness” and “Blackness” emerge? What did Adventist pioneers like Ellen White say and do regarding race in their day? How did fundamentalism and white supremacy take root within Adventism? Why does the Adventist Church in North America have ethnic-minority regional conferences? What ethical, historical, pastoral, epistemological, sociological, and theological tools from within Adventism can inform current conversations on race? And how might Adventist predilections for present truth and prophetic witness compel us to act?

Ideally suited both to college-level students studying racism and antiracism and Adventist leaders and laity in search of the best Adventist resources on the topic, A House on Fire provides a collection of essays that address both problems and solutions.

The book is careful. In selecting chapter authors, the editors were careful to include writers from every continent where Seventh-day Adventists have a presence. Writers hailing from Cuba to South Africa and from Thailand to Jamaica bring their unique experiences and perspectives to bear on the topic. (Full disclosure: several authors are among my friends, professors, and colleagues from my time at La Sierra University and in pastoral ministry.) The editors also took care to provide some semblance of gender balance. Seven of the 20 authors are women (the same number, it must be said, as the number of white, male authors). A House on Fire provides sharp critique of Adventism’s failures to uphold even its own ideals without being condemnatory—hating Adventism’s sin of racism while loving the sinful community, as it were. The book brings careful scholarship and incisive theological thinking to the task of understanding and transcending racism.

A House on Fire is current. Growing out of the national dialogue about race and racism that swept the United States in the aftermath of George Floyd’s murder, the book brings together contemporary Adventist thought in conversation with many leading contemporary voices outside Adventism: Ibram X. Kendi, Robin DiAngelo, Kimberlé Williams Crenshaw, Cornel West (and James Cone before him), to name only a few. Some chapters represent professional research conducted during and after the onset of the COVID-19 global pandemic. Marlene Ferreras describes her recent work with Latina women categorized as essential workers and forced to work through the pandemic. Rejecting a pastoral care model that prioritizes resiliency, adaptability, or survivorship, Ferreras states, “An antiracist Adventist pastoral caregiving response to the situation of working-class Latinas is to seek policy change.”[2],[3] The book resources its antiracist aims with, among other things, leading-edge research.

A House on Fire is also fairly comprehensive. From Yi-Shen Ma’s exploration of the Christian theological foundations of settler colonialism, whose trajectory from the 16th century to the present required the weaponization of race to ensure its exploitative ends,[4] to Siroj Sorajjakool’s critique of Adventist missionary evangelization as a racist project of “civilizing mission” resulting in the “‘epistemicide’ of local knowledge,”[5] the book spans centuries of history with a critical eye on the Adventist story past and present. Michael W. Campbell explores Adventist attitudes toward slavery in the Advent movement’s early days,[6] Mark F. Carr dissects the formation of “regional conferences,”[7] and Carr and Herma Percy review Adventism’s attempts at racial reconciliation within the past decade.[8] The book ends with an Adventist statement of confession submitted to the South African Truth and Reconciliation Commission that marked the end of South Africa’s apartheid.[9]

As noted above, the qualifier “fairly” applies to the book’s comprehensiveness in that, while A House on Fire thoroughly treats the Adventist history of race and racism and provides multidisciplinary ways forward, pulling no punches concerning Adventism’s complicity (Why have only white men ever served as president of the worldwide Seventh-day Adventist Church?[10] Why in 160 years and in over 500 Sabbath School Quarterlies have there only ever been 10 Black, male authors, all from North America?[11]), it misses certain critical voices that might have enriched and expanded the conversation. Coeditor Maury Jackson notes that unsuccessful attempts were made to include authors from the African continent who might situate and differentiate tribalism from other forms of discrimination and subjugation. Likewise, the editors were unable to enlist authors who might speak to and out of the Polynesian context. Jackson further states that A House on Fire’s original intent was to invite authors to formally respond to one another, bringing further critical insights to bear. That ultimately proved too unwieldy; there was a need, in the end, to “put a cover on it.” The gaps and overlaps, acknowledged in the book’s introduction, leave the door open to further expansions of the conversation. What, for instance, would an intersectional dialogue between crip theory, queer theory, womanist and mujerista theory, etc., bring to the discussion of embodied theology and the ways Adventist white supremacism continues to function in the world?

Jared Wright is an artist living and working in Riverside, California, and the former managing editor of Spectrummagazine.org.