Baptized Twice on the Same Day 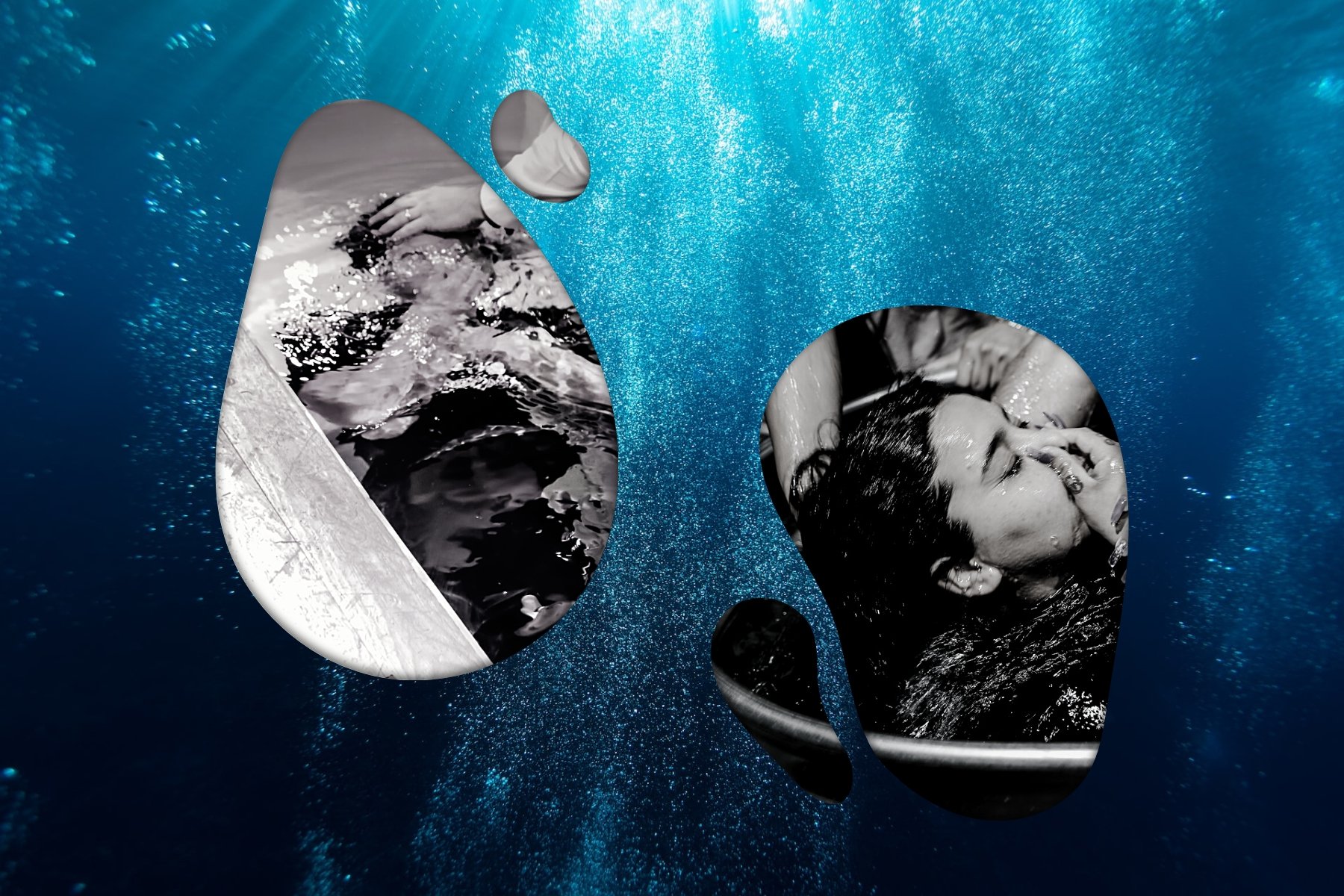 I never knew that baptism could be so treacherous. At least mine certainly was.

In the Fall of 1968, I was last in a line of seven students draped in long black robes waiting to be immersed. I had joined the baptismal class shortly after arriving at Atlantic Union College. The class was led by Pastor Francis Bush, a kind man in his mid-fifties and a veteran baptizer.

The Village Church was packed for the afternoon service. I wished my parents were sitting in the congregation to witness this momentous event in the life of their boy, but it was not to be. They were convinced their maverick son was joining some kind of cult.

The baptistery itself was built into the church altar and was normally covered. This day it was filled with warmish water that came up to Pastor Bush’s waist. I had never witnessed a baptism before and was curious to observe the actual procedure from my end-of-the-line vantage point.

Each classmate walked down a long plastic runner, descended into the baptistery, and waddled over to Pastor Bush. He then said something affirming, raised his right hand solemnly, and pronounced the words of blessing. Down they’d go and right back up. They then exited the same way they came in.

“Piece of cake,” I thought. Soon it was my turn. The congregation sang “Just as I Am” as I advanced forward. Unfortunately, I didn’t notice that as each person ahead of me returned from the baptistery, their wet robe had drained onto the plastic runner. By now it had become a virtual water slide.

As I started to step down into the baptistery, I slipped, and both feet went out from under me. Before I knew it, I was in the air executing a classic cannonball. I hit the water with an impressive splash and went under. I distinctly remember Pastor Bush pulling me up and saying, “Hey Kim, wait for me!” He then dunked me a second time.

After the ceremony, my friends in the audience jokingly said that I deserved a score of “10” for my diving technique. I now tell people that I’m in the church for the long haul because I was actually baptized twice, once by me and once by the pastor.

In recent months I have been revisiting that long ago experience trying to discern more of its meaning through the seasoned lens of several decades of life experience and personal Bible study.

One verse in particular stands out. The apostle Paul wrote, “Having been buried with him in baptism, in which you were also raised with him through your faith in the working of God, who raised him from the dead” (Col 2:12 NIV).

This may be a one-time event in water, but it is not a one-time event spiritually. This sequence of dying and rising becomes the touchstone, the essential pattern, for how to live the Christian life. Because we inevitably experience spiritual reverses, we can, in memory, again reenact that baptismal sequence by dying to the selfish core that made us stumble and inviting new life—resurrection life—to infuse us once again. It is Jesus, of course, who makes all this possible on an ongoing basis.

Christ took on many roles during his ministry on earth. The role that is most vividly highlighted in baptism is his function as the Resurrector.

Jesus not only resurrected dead bodies, he also resurrected dead hearts. The same power that brought people back from physical death 2,000 years ago also imbued their inert souls with spiritual life. Thousands of people who looked outwardly healthy were dying inwardly, and Christ felt an overwhelming desire to help.

As the Resurrector, the Lord is able today to address the deadly effects of feeling defeated, hopeless, worthless, anxiety-ridden, powerless, or broken. Such troubles may come from faulty genes, illness, upbringing, life circumstances, or our own bad choices. No matter what the cause, Christ is always eager to meet us at the point of our deepest need. God’s love flows toward hurt and failure like oxygen flows toward a vacuum or water flows toward the lowest point of ground.

Baptism reminds us that the dead places within us are not where God spends as little time as possible. Those are the places he loves to hang around the most. When we give Christ the master key to our life, divine fullness from Jesus, the Resurrector, rushes into every area of brokenness. Whether we realize it or not, he is growing us best at the point of our greatest need.

One of the worst distortions regarding our understanding of God is thinking that he draws back in disgust when we act like the devil. That is one of Satan’s most popular and effective lies. In fact, just the opposite is true. Jesus treats sin very seriously, but nothing you think, feel, or do can get him to turn away from you. He always reacts by searching earnestly for new ways to come closer. He loves you too passionately, too fervently, to do less.

Do you think if you swore at God he would turn away? What if you told him you hated Christianity and the church and all its leaders and veggie links and tofu? What if you tied him to a tree and pounded nails through his wrists and feet and laughed as you watched him bleed? All you would hear him say is, “I love you more than ever.” The worse we act, the harder we try to push him away, the more ardently he attempts to draw near.

When I first went to work in the local conference headquarters, two members of the Treasury Department and myself had our desks on the first floor. Okay, it was the basement, a supply room to be exact, a.k.a. “the dungeon.” The decor was “Early Awful.” No windows, no carpet, no ceiling tiles, and lots of metal shelves chock full of various dust-laden, ancient items crucial to the future of God’s work.

In November, some furry little shrew usually wandered inside the building trying to escape the oncoming cold. Inevitably it got delirious from lack of food and water, lapsed into a coma, and died. No shrew ever expired out where you could easily remove the carcass. It always chose to say goodbye to this world inside the walls or in some equally inaccessible spot.

Death smells, and within a few days, the stench was enough to gag a maggot. I would have moved out at the drop of a hat, but there was nowhere else to put our desks. So we did the next best thing and purchased an entire case of air deodorizer. The unique blend of shrew fumes and “Spring Lilac” will be forever imprinted on my brain.

We all have dead places in our lives, rotten places that smell badly. We keep them under wraps, hoping no one will discover how deficient we really are, how seldom we have it all together. When an unpleasant odor leaks out, we quickly spray the area with the deodorizers of “I’m okay, you’re okay,” or “If you don’t like that mask, I’ll put on this other one.” We don’t dare take off all our masks because people may not like what’s underneath, and that’s all we have.

But it is counterproductive to deny the neediness within us all. The apostle Paul fingered our need when he wrote, “Even when we were dead . . . [Christ] made us alive” (Ephesians 2:5 Amplified). In order for healing to occur, people need to directly address the smelly places of their lives that rob them of joy. In a supportive, non-judgmental atmosphere, they need to press beyond the natural desire to keep such places sealed.

As someone has wisely observed, in a church where everyone appears strong, no one grows. It is a sign of great strength of character to admit our inner need and seek help from a wide spectrum of resources, both human and divine. It is not helpful to simply say, “Just claim the Bible promises and pray about it.” Dead places can be rooted in difficult, multifaceted, complex issues. The Resurrector works with us personally, but he also brings healing through trusted friends, support groups, licensed counselors, etc. I myself have utilized such resources over the years.

Christ’s victory over death, so powerfully reenacted in baptism, is his pledge that as Resurrector he can minister effectively to the deadly hurts, cares, shame, and discouragements that trouble our hearts today. As the Psalmist has so perceptively written, “The Lord is near to those who have a broken heart” (Psalms 34:18 NKJV).

Kim Allan Johnson retired in 2014 as the Undertreasurer of the Florida Conference. He and his wife, Ann, live in Maitland, Florida. Kim has written a number of articles for Adventist journals and written three books published by Pacific Press: The Gift, The Morning, and The Team. He has also written three sets of small group lessons for churches that can be viewed at www.transformyourchurch.com (this website is run by the Florida Conference of Seventh-day Adventists).