History Has Its Claws into You 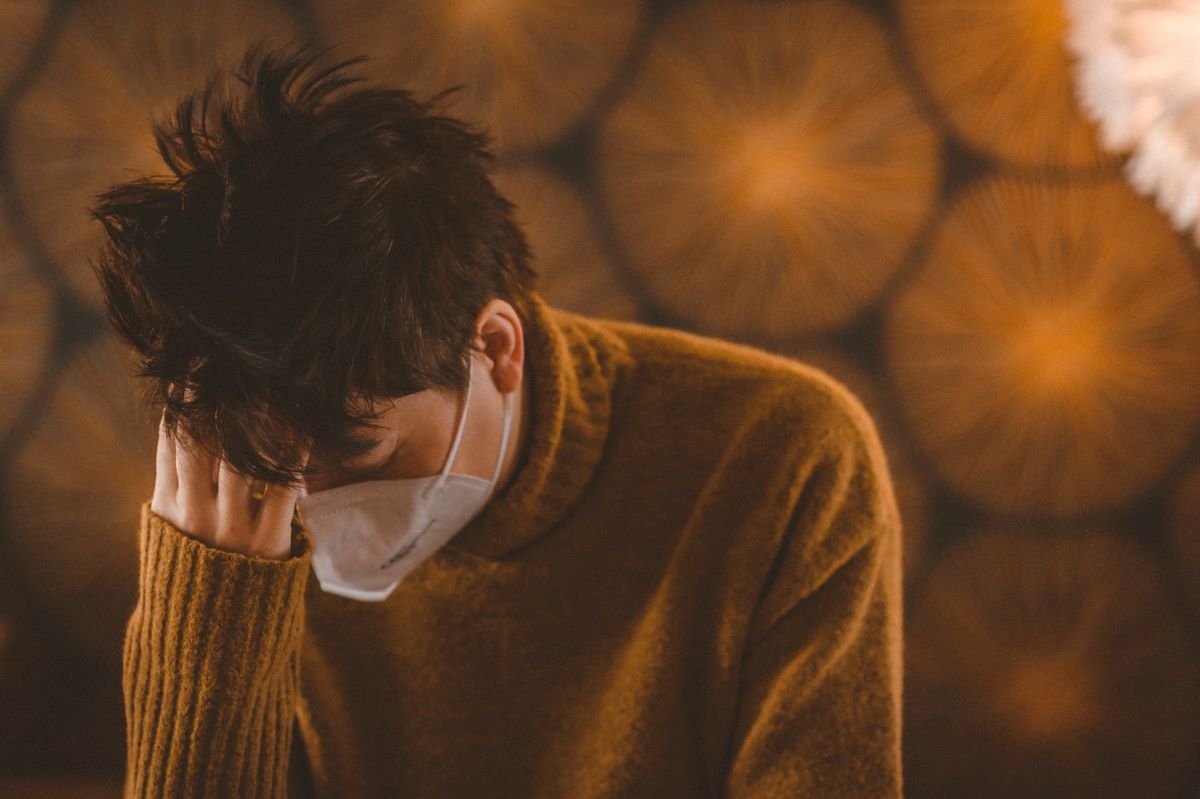 Well, the curse has come true. We live in interesting times.

It friggin’ sucks and I personally had hoped to avoid this. I hoped to live out my allotted span on this earth in an era without any new world wars, great depressions, or global pandemics. Basically, nothing that would be a required essay question on a 21st century history exam.

We are hauling up on the two-year anniversary of the COVID-19 pandemic, and even with the amazing success of the vaccines that brought us so much hope this time last year, we’re finding that The Omicron Variant (which sounds so much like a Robert Ludlum novel I can’t help commenting on it every time I say it) is dragging the whole thing out longer and making everyone more bitter and exhausted than we thought possible a few months ago.

I personally hoped I would never live through a global pandemic; I never would have imagined that if I did, most of the problems would be caused by people protesting measures being taken to protect them and fighting for their right to get sick. It’s become pretty clear, if it wasn’t already, that we are living through something that is definitely going to make it into the history books.

We’re all very tired of it, aren’t we? I assume those Londoners demonstrating the now-famous Spirit of the Blitz in 1940 were pretty darn tired of having their houses blown to rubble every night for several months. Medieval peasants were probably tired of developing buboes and going, “Oh, frigging plague is here AGAIN and now I’VE got it.” In 2022 we’re tired of people dying, and tired of the restrictions put in place to stop people from dying. Most of all, we are very very very very tired of everyone, all the time, arguing about what works and what doesn’t, whether we have too few restrictions or too many, and which of us is right about this time in history.

The whole problem with living through any historical event, big or small, is that you’re living through it. There’s no perspective. You and I know that Hitler came to power in Germany in 1933 and killed himself twelve years later in 1945 after starting and losing a world war that cost millions of lives. But if you lived in Berlin in 1934, you might actually have thought this was the first year of the promised Thousand Year Reich, while your neighbour may have assumed this screaming brownshirt clown would be out of office by the end of the year. The two of you could have gotten into some vigorous arguments about it, but neither of you would have any way of knowing that, in fact, you were both wrong.

Students of the future working on that essay about the COVID-19 pandemic will be able to check their textbooks and see that the Omicron surge of late 2021/early 2022 was actually the last wave that heralded the arrival of a much milder, easily controlled form of the virus, so that by 2023 COVID-19 had ceased to be regarded as a significant threat to public health. Or they may look at the book and see that the mRNA vaccines so widely heralded in 2021 proved useless against the far more deadly Upsilon variant of COVID-19 that killed over 100 million people worldwide by the end of 2023. Or whatever.

The point is, we have no way of knowing. We are just muddling through, unable to see more than a few steps ahead at a time. Making the best decisions we can with the information we have available and screaming at each other ‘till we’re blue in the face that my decisions are right and yours are wrong.

It’s so exhausting. I’m so exhausted. Aren’t you?

I am thinking about history a lot anyway, because while I’m not teaching history anymore as I’ve done for most of the last 35 years, I’m still reading about it and researching it. I’m writing a series of novels set between 1610-1620, when English people were colonizing the place I currently live, as well as lots of other places in what we now call the Americas. They were displacing Indigenous people, laying claim to land they had no right to, bringing Africans in chains from Africa to work these lands for them, and just generally doing crimes and creating a lot of problems we’ve been dealing with for 400 years.

And my characters are ordinary working-class English people getting on ships in hopes of a better life. But also, they are part of this great historic land-grab, this attempted genocide (Or in the case of the Beothuk here in Newfoundland, successful genocide.) of Indigenous people. And ordinary hard-working English people just like them who happened to settle in southern climates where more labor-intensive agricultural crops grew, would soon be buying and selling enslaved Africans as if they were livestock. And you have to wonder—what did these ordinary hard-working English people think about it all, as they were living through this?

At least, I have to wonder that. All the time. Because it’s one of the big themes of my trilogy—what it’s like to live through historic events that it turns out you’re on the wrong side of; to be part of perpetrating some of history’s greatest injustices, without the perspective of knowing how it was all going to turn out.

Sometimes, we use this ignorance of history to excuse our ancestors. “Oh, he was a product of his times,” we say, and “They didn’t think about these things in the same way then,” and “They had no way of knowing how it would turn out.” Well, as I’ve said, the last of these is certainly true—nobody living through history ever knows how it’s going to turn out. But does that excuse us for being on the wrong side of it?

As for the “product of their time” and “they didn’t think like that back then,” obviously what gives the lie to this is that some people, even though they were products of their time, still managed to see that things were wrong even as those things were happening. Bartolomé de las Casas knew in the early 1500s that Columbus was a criminal and Spanish policy towards Indigenous people in the Americas was wrong. Benjamin Lay knew in 1738 that chattel slavery was wrong, even when most of his fellow Quakers still thought it was perfectly OK to buy and own people. Dr. Peter Bryce knew in 1907 that Canada was committing genocide against Indigenous people by forcing their children into residential “schools.” So, saying “People just didn’t think like that back then,” falls kind of flat when there have always been exceptional people who thought differently and knew that their fellow white, European males were on the wrong side of history.

Generations of enslaved people knew, despite their enslavers telling them slavery was God’s will, that what was being done to them was wrong. They knew it with such certainty they were willing to risk their lives over and over to escape to freedom even when freedom meant poverty and danger and terrible hardship. If you asked the victims of historical crimes whether those crimes were wrong, they would have been able to tell you right while things were happening that they were wrong. But, of course, the people with power to stop those crimes weren’t listening.

Right now, the specific historical event we’re all caught up in is a disease epidemic, not a war or an invasion or a colonial takeover caused by humans being awful to other humans—although the response to the pandemic is certainly giving us humans plenty of opportunities to be awful to each other. Not only do I find myself caught in the middle of debates over the right response to a complex problem, but I also find myself caught in inner debates between “This is a hard time; treat everyone kindly” and “This misinformation is dangerous; call it out loudly and publicly.” In real life, on social media, in all kinds of spaces, I struggle with how we live through difficult times.

All I know from reading history is that if you want to be ahead of curve on figuring out right from wrong, listen to people on the margins. Listen to the voices of the oppressed; listen to the people most affected. Listen to what disabled people are telling us about our messaging that a virus is mild because it “only kills the elderly and disabled.” Listen to what people in low-income countries are saying about vaccine hoarding in wealthy countries. Listen to what people who’ve survived COVID but are still grappling with its long-term effects have to say about how serious it is.

I am trying hard to listen. Listening won’t change history, or even let me know what the outcome will be—what those future history textbooks will say about how things went down in 2022. But listening might be one key to making sure that when that history finally is written down, we end up on the right side of it.

This article written by Trudy J. Morgan-Cole originally appeared on her blog Hypergraffiti.

Trudy J. Morgan-Cole is an author of mostly historical fiction set in Newfoundland, including: Cupids Trilogy (A Roll of the Bones, Such Miracles & Mischiefs, books 1 & 2) as well as Most Anything You Please, A Sudden Sun, That Forgetful Shore, and By the Rivers of Brooklyn. She has also written several books of inspirational fiction, many of which are re-imaginings of Bible stories. These include Esther: A Story of Courage, James: The Brother of Jesus, and Lydia: A Story of Philippi.  She describes herself as “a Christian who loves Jesus, but finds some of his followers scary and a Seventh-day Adventist who doubts, questions, and loves my church passionately.”

Photo by Heike Trautmann on Unsplash