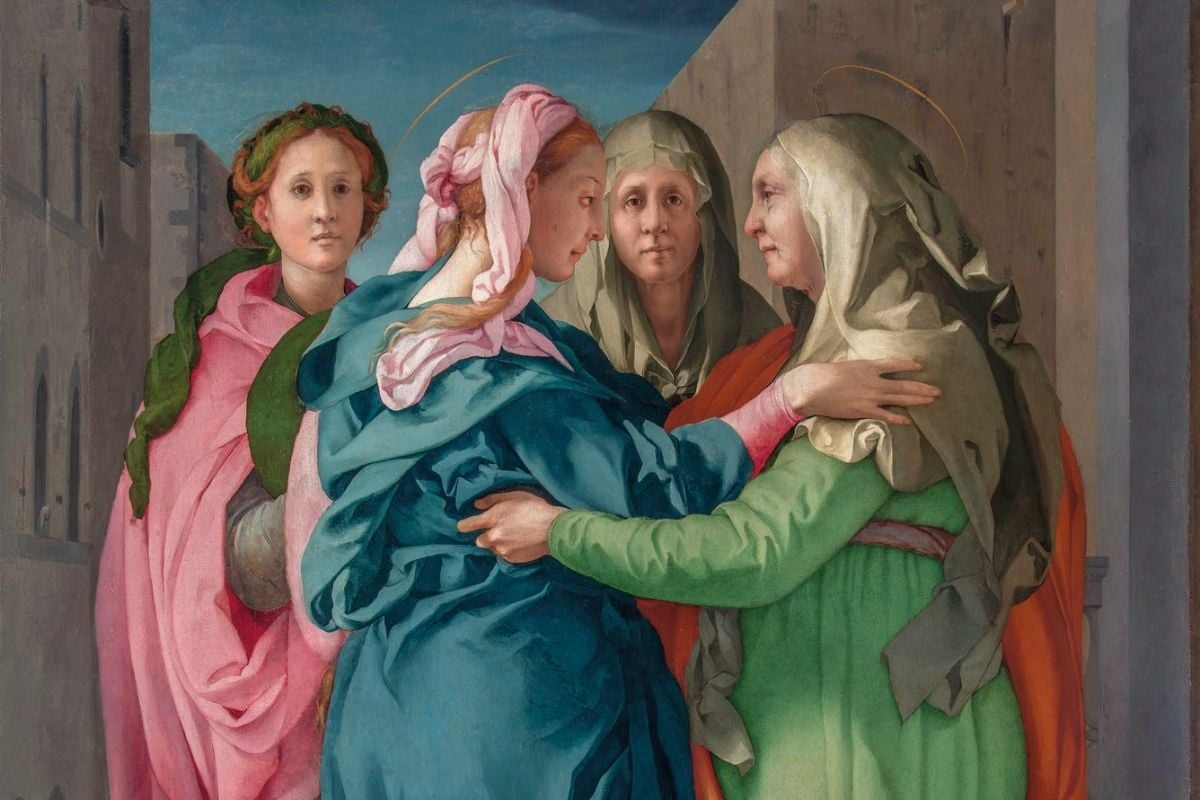 Editor’s note: this creative reinterpretation of Hebrews 11 focusing on the roles that women played in forming the Judeo-Christian faith story was originally shared at the Gathering Place Sabbath School at the Loma Linda University Church. It appears here courtesy of the author.

By faith we understand that not only the universe was formed at God’s command but that the first people were brought into being from nothing.

By faith Eve lived with the ignominy of being the first sinner. She experienced the pain and uncertainty of giving birth to the first human offspring on the planet, without a midwife or any other woman to help her know what was happening. By faith she survived the realization that her sin caused not only Abel’s murder but would cause innumerable other deaths, and the death of One to come.

By faith Noah’s wife believed God spoke to him. Because of her faith, she lost all her friends and was married to the local laughingstock while for 120 years he built an ark. By faith she followed him into the ark, preparing meals with the stench of animal excrement in her nostrils and surviving seasickness of man and beast.

By faith Sarah followed Abraham when he was told he would receive an inheritance. By faith she traveled across unfamiliar regions with him, living in tents, not knowing where she was going. After he handed her off to heathen kings to preserve himself, she went back to him and called him lord, while women today would find many other names to call him. By faith she gathered strength to labor and bear a child. Although she thought it was funny, she learned that God could do what he promised. And from this woman, as good as dead, came descendants as numerous as the stars in the sky and as countless as the sand on the seashore. After all that, she died in Hebron without Abraham, who had moved to another city.

These people lived in faith until the day they died, although they still lived in tents and were foreigners and strangers on earth. But they welcomed God’s promises from a distance and realized that he would lead and provide for them as he promised. If they didn’t believe, they would have gone back home. God is therefore not ashamed to be called their God and he has, in fact, prepared an eternal home for them.

By faith Hagar followed the instructions of the angel who appeared to her in the desert, saving the life of her son Ishmael. She considered the promise that God would be with her as true and was empowered to move on with her life, raising her son into the father of a powerful nation.

By faith Milkah gave her daughter Rebekah away to a man she did not know, and who took her to be married to another man whom she would never see in a far country.

By faith Jocabed hid Moses for three months because she couldn’t bear the thought that he would be killed. By faith she raised him to know the God of Heaven, until with broken heart she gave him into the hands of an Egyptian princess, knowing that this was the only way she could save his life. In her yearning, she became the mother of all mothers across time who trust God’s ability to keep their children faithful to God and to make their lives count for good.

By faith Zipporah married Moses and circumcised her sons to spare Moses’s life from the Angel of Death. Because she understood that God was leading Moses, she traipsed across the desert to see him, bore the racist resentment of Miriam and Aaron, and watched her husband try to shoulder the responsibility of leading a horde of ungrateful people as God commanded. She lived invisible and uncelebrated since God’s call gave Moses no time for any investment in her or the boys. She was not with him when he died.

By faith Israelite women spent days in the Red Tent outside the camp, bearing the stigma of being unclean every month and leaving their children to be cared for by others during those days.

By faith Rahab confessed that God was leading the Israelite nation. She saved the lives of her entire family because she believed God’s mercy and promises extended to her, a prostitute.

And what shall I say about Deborah, Rachel, Abigail, Jael, the widow of Nain, Mary, Dorcas, and Esther? Who through faith saved kings, prophets, and nations, killed evil kings and ended wars, led armies into battle, birthed the Son of God, stayed faithful to polygamous husbands, and represented divine grace through generous, loving care of others. Women heard their husbands thank God every morning that they were not a gentile, slave, or woman, and still served the God of the Universe. They believed scriptures written by men, interpreted to them by men, and still understood that eye had not seen nor ear heard the reward prepared for them in heaven. Others received their dead back to life; they were beaten and abused; were marginalized and excluded; they were chopped up and sent to the 12 tribes of Israel; they were offered to brutal rapists, forced into prostitution to survive, and exploited by Pharisees. They were valued by the children they could produce rather than the quality of their characters. They watched their husbands go off to war. They owned nothing; they were killed along with their children when their husbands committed egregious sins; they gave themselves up to death to honor their fathers’ rash vows, and they lived like nomads, living without an identity of their own, making the best of circumstances they could not control—not receiving domestic security or the promises that God promised. The world was not worthy of them. They followed their husbands through deserts and mountains and raised children in caves and holes in the ground.

These should all be commended for their faith. Yet few ever received commendation, nor did they receive what was promised—God having something better for us all. Because we have all lived through challenges, together we will receive our reward from the hand of Christ in the ceaseless ages where the first shall be last and the last shall be first.