To Hear the Angels Sing 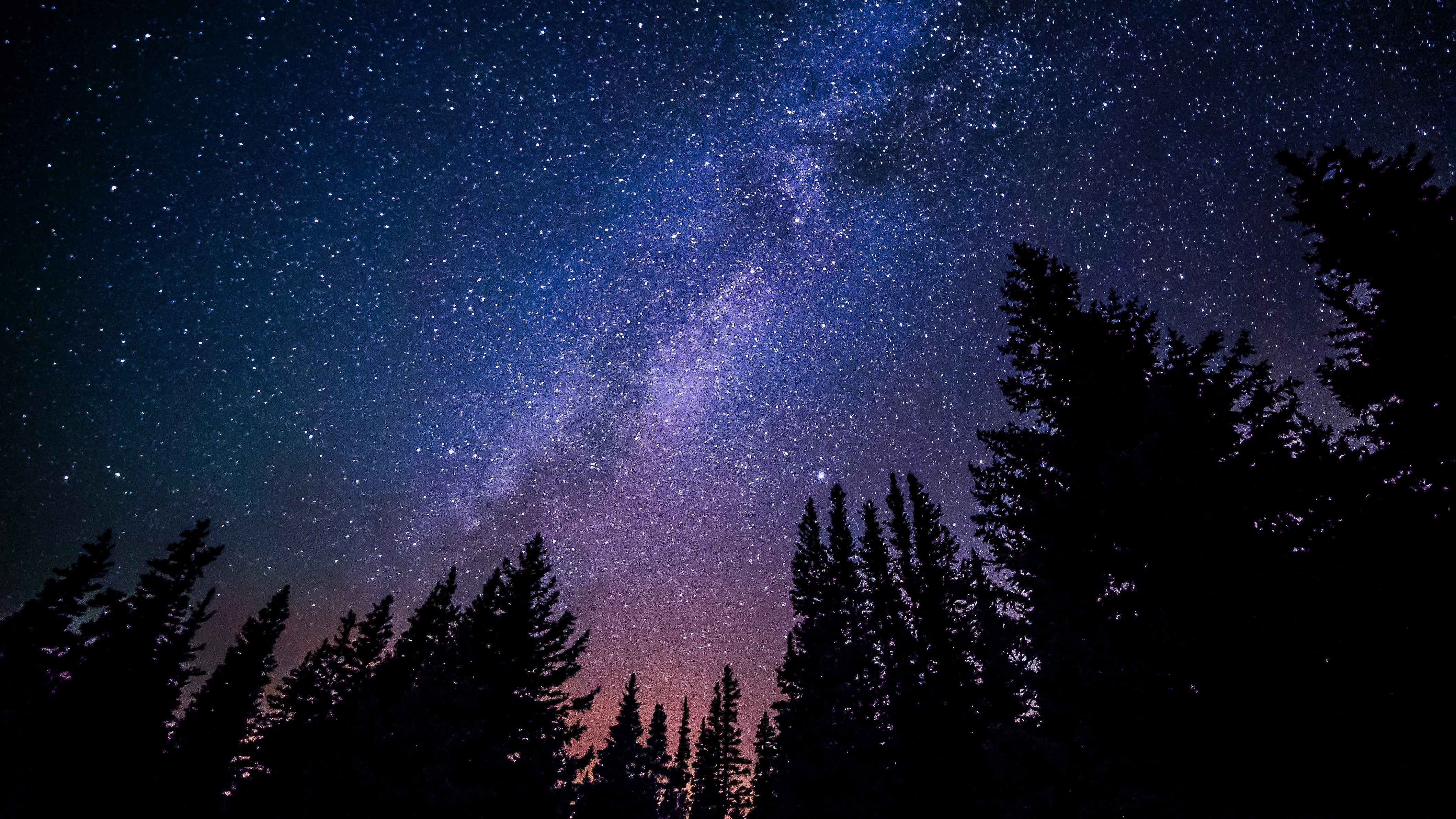 On the 23rd of December, in my ninth year, I hear the angels sing.

We do our Christmas shopping late this December. My parents' work, church, school programs, and family obligations conspire to keep us away from the stores of downtown Santa Cruz until the night before Christmas Eve. It is the one time a year when I see my dad shop for anything but groceries.

After parking by the J.C. Penny Store, we go our separate ways for a couple of hours. Mom hands me a $5.00 bill. By carefully allocating this fortune, I will buy small presents for my mom, dad, brothers, and sister.

My trade route is the same as always--Woolworth's, stationery store, music store, and the bookstore. I pause long enough at Leask's Department Store to take in the animated holiday-themed display in the big window at the corner of Pacific Avenue and Church Street. Then I hurry back with my precious treasures to the pre-arranged rendezvous at the family Chevy.

Sitting in the back seat on the way home, I press my face against the window to look at the lights, the trees, and the dark empty fields whose fences and contours I know by heart. The full moon lights up the clear night, a rarity on the coast of Central California.

The talk in the heater-warmed car is of family and friends. There is excitement about the homecoming of my oldest brother and sister who live far away.

Snatches of carols and songs are sung. My brother, Terry, home from boarding school, tells stories of his adventures there. Large and small, we fit together in that moment like the pieces of one of those Chinese block puzzles.

Yet, the full moon, bright, but distant overhead, whispers to me in the secrecy of my heart stirring a longing ache that says, "You are Kent. There are places beyond where only you can go and only you can know."

Dad stops at a Christmas tree lot. There are only a few misshapen trees huddled in a corner this close to Christmas. Dad holds them out one by one and spins them around for Mom to inspect.

Her criterion is the opportunity for concealment. “This one will be okay if we put the side missing branches in the corner,” is her final judgment. A few crumpled dollar bills change hands and we are on our way again.

It is late, around 9:30 p.m., when we roll up the pot-holed dirt road and crunch into the gravel driveway alongside our white house on the hill surrounded by pastures and fields. Mom and brother gather up their bags and hurry inside for wrapping and hiding.

Dad pulls the fir tree out of the trunk and carries it into the house. He goes off looking for the cast-iron stand and the worn, but still-delightful, ornament-toys whose origins have long since been obscured by the memories of intervening Christmases.

In the bustle, I slip away to the end of the driveway and around the tall privet hedge that shelters the north side of the yard. The wind off the ocean is fresh and rising. It spins the tin blades of the windmill atop the old, weathered tank house with a steady rhythm of clicks and creaks.

Reaching inside the darkened barn door, I brush away spider-web yuck and fumble for the sugar cubes in a box on a shelf. I pop one, sharp-edged and sweet, inside my mouth and take three more to the gate where my Welsh pony, Peanuts, stands in silence. I call his name and hold out a cube through the slats. He softly whickers in recognition. His warm breath grazes my palm.

The hay in Peanut’s trough smells of summer heat. His white blaze stands out across his nose as he brings his head up over the gate looking for more sugar.

I feed the pony one cube at a time listening for the satisfaction of his slurping munch while I run my fingers along the edges of the door posts feeling for the glass-like smoothness rubbed by generations of cows and horses. I stroke his muzzle and scratch his ears before walking back out to the driveway.

I squint to look at the moon through the branches and needles of the big pine in the corner of our yard. Stepping out in the middle of the road, I raise my arms to evoke shadow angel wings in the moonlight.

Then I stand still to orient myself to the night. Above the wind I can hear the rolling boom of the breakers in Monterey Bay about a mile away to the south and west. Turning to the northeast, I can see the swelling rise of Loma Prieta, (which means “Dark Hill" in Spanish). It dominates the ridge line of the Santa Cruz Mountains.

I keep turning to take in this truth. I tell myself, “All of these, the hills and the sloughs that run down to the sea, the wind and the trees, the ocean waves, the people behind the lights in the house, my pony, the stars and the moon, are part of me.”

“And yet," I think, stretching my arms out wide, "There are too many wonderful things to hold and to grasp one of them is to put down another, but I want all of this night, in sum and in parts, stored in my heart forever."

Then I run out on to the field, sprinting into the wind, pushing against it, trying to become part of it. The moon is behind me, over me, its light around me. My shadow is in front of me and I cannot quite reach it and cannot pass it. I run after it anyway because to stop will mean there is a part of me that is yet beyond me and what if I never know what it is?

When I reach the eucalyptus windbreak on the far edge of the field my shadow is subsumed in the sheltered dark of the grove. I draw up quickly and turn slowly in circles gasping in the chill air.

I am alone on the edge of my known world, on the border between the black bulk of the trees and the moon-limned field. The lights of home look far away and tiny.

Are they looking for me yet? Do they care? I wonder. It is more important right now that I be here than anywhere else, but why?

It is now that I hear the angels sing. I may hear them again later on in life, but I will never forget this first time.

The killdeer I’ve scattered during my dash across the field pipe their shrill calls to regroup. The eucalyptus trees groan and bend over to talk to each other in the wind. The breakers add faint percussion. The gale blows with a whooshing rush through and over the cypress standing in sentinel line on the seaward side of the field. My own beating heart and breathing meld in.

The sounds of creation surge and echo around me with a deep resonance. Angel wings are stirring the wind, moving through the night, bringing light to the darkness, arranging the world for the pleasure of the Creator. The full moon silvers the night with a shining luster

In the glory and mystery of the Incarnation itself, one little, odd, curious, nine year-old boy who refuses to accept things as they seem, is told, "God is here, and, you know what, He really loves you."

When I finally go to bed that night and close my eyes, in my heart the moonlight still glows, the wind still blows and angel-songs echo the lyric "God loves you, Kent.” I know that I will never again be afraid of the dark.

You think I'm making this up? I'm not. Do you say, “Why, I have never heard such a thing so how could it be?”

You will never hear the angels sing if you do not listen. They cannot be heard with ordinary ears, but only through an open heart.

The angels will never sing for you if you just stay in the house doing busy things. Their songs are sung for those who will run through the wind beneath the moon and starlight. If I had not heard this for myself, I would not tell you that it is so.

The shepherds heard the angels first, you know. They were out on the hills, in the wind, under the stars, watching their sheep in the night. An angel showed up and told them, "Good news for you. Down in the village this very night, a baby is born who will change everything. The baby is God in the flesh come to save you--a God who you can see for yourself; a God who is with you.”

Then more angels poured out of the sky. They were praising God and singing, "Glory to God in the highest heaven and on earth peace and good will to everyone" which translated means, "God is in your neighborhood and, you know what, He really loves you."

You can read it for yourself in the Gospel of Luke, but those angels didn’t leave. They are still hanging around out there. As I said, you'll have to go outside if you want to hear them sing.

So step outside this Christmas night, look up to the sky, open up your heart, be still, and listen . . . listen for the singing angels.

“O taste and see that the Lord is good. Blessed are those who take refuge in him” (Psalms 34:8).

This story originally appeared in the author’s newsletter, A Word of Grace, and is reproduced here with permission.

Kent Hansen is an attorney who specializes in healthcare, higher education, and non-profit organizations. He is the author of Grace at 30,000 Feet: And Other Unexpected Places.