The Brothers Yancey and the Curse

The Brothers Yancey and the Curse 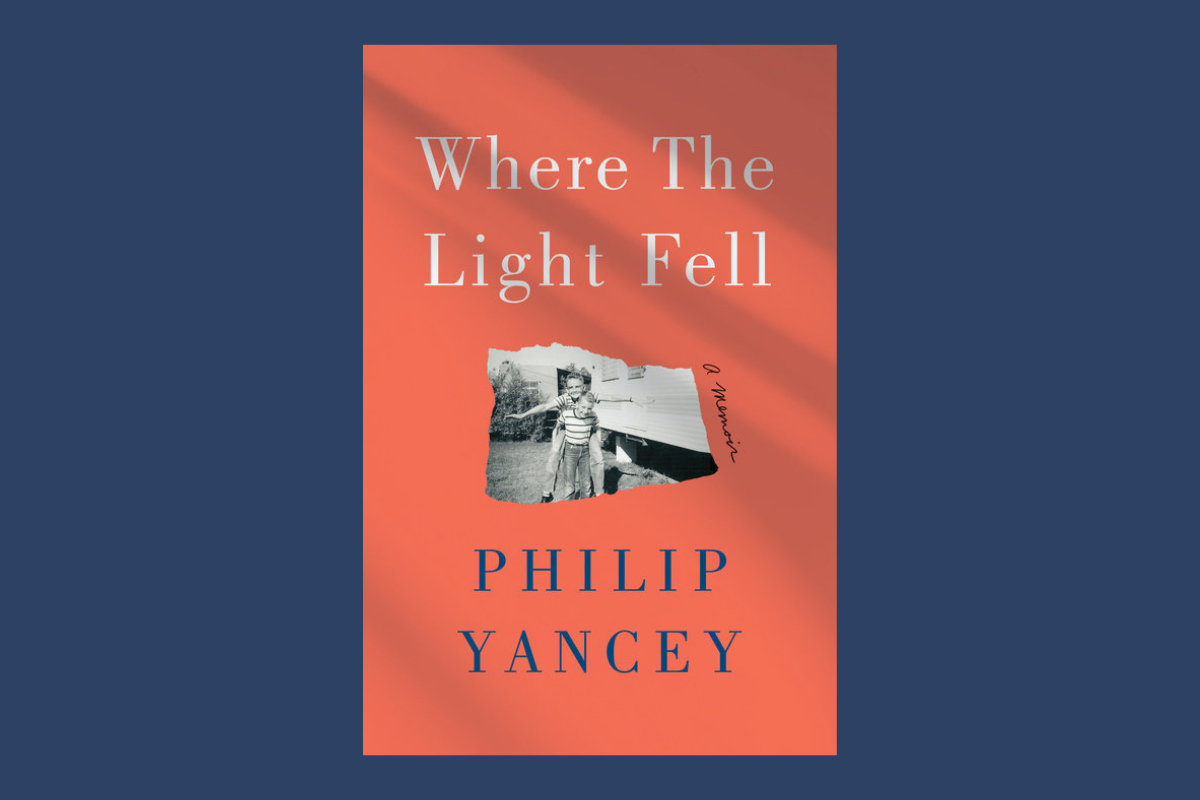 Hardly ever have I finished reading a good book and immediately wanted to take it up again. Nor have I actually done so.

Until now. Philip Yancey’s latest work, Where the Light Fell (New York: Random House, 2021), so moved me that within a couple of weeks I was embarked on a second read, devouring every word.

With 25 books to his credit and some 17 million copies sold, Yancey is unquestionably the leading writer in the evangelical tradition. I’ve read many of his works. He is a graceful writer, at his best when he takes up the topic of grace, as he famously did in What’s So Amazing About Grace? His latest offering, however, differs starkly from those that came before. Brutally honest, it recounts in searing detail what it’s like to grow up in a home ruled by bad theology, deprived of compassion and forgiveness, and belonging to a spiritually abusive church. Yancey gave us glimpses of his dark past in previous books; now he lets it all hang out. It’s a grim, painful picture.

I tried to figure out why Where the Light Fell affected me so greatly. The story of the two brothers and their abusive mother is compelling in itself. Yancey doesn’t need to play on the reader’s emotions, nor does he degrade the story by attempting to do so. He simply tells the story—stark, shocking, profoundly disturbing. And in that telling I hear a lot—a great lot—that echoes Adventist practices and teachings. That’s what disturbs me most of all.

The story begins in tragedy. Yancey’s father, a preacher planning on life as a missionary with his wife and two boys, is suddenly stricken with polio. (Salk had not yet discovered his vaccine.) Unable to breathe unaided, he is confined to an iron lung, a metal cylinder that mechanically forces air into his lungs. It’s a hellish existence and his wife, convinced that God will answer her prayers for a miracle, against medical advice moves him to a chiropractic center. Within a couple of weeks he is dead.

The distraught mother, left alone to raise Marshall, age 3, and Philip,18 months, throws herself on the cold earth of her husband’s grave and vows that she will never remarry but devote her life to preparing Marshall and Philip for the missionary service the parents had planned. She will be like the biblical Hannah, who dedicated the child Samuel to serve the Lord forever.

Marshall and Philip grow up with an oppressive cloud always over their heads. Their mother’s vow shapes every word, every deed. It’s an unfair, abusive yoke imposed in the name of God. The vow has become a curse.

Inevitably, the brothers begin to break out from under the yoke. Then their mother’s wrath knows no bounds. She beats them until they grow big enough to resist; then she resorts to violent tongue-lashings.

All this action takes place in a suburb of Atlanta. The family is dirt poor; they are, to resort to a degrading term, “white trash.” They live in a trailer on the property of a hellfire-and-brimstone church where the preacher openly ridicules Black people, calling them “sons of Ham,” sentenced by Yahweh to be forever subservient to white people. In this rabidly fundamentalist toxicity, even an evangelical like Billy Graham is damned as an apostate because he graduated from Wheaton College and visited the pope. The boys hear an overload of repentance and judgment, but precious little about a loving God.

Their mother Mildred scratches out an existence for the family by teaching religion classes at the church. She becomes known; invitations begin to come in. She’s invited to speak at summer youth camps and always takes the boys with her. They sit through sermons night after night inviting them to give their hearts to Jesus and endure endless altar calls.

Gradually the boys begin to sour on religion. They mouth the right-sounding cliches that win their elders’ approval, but their hearts aren’t in it. Their mother is acclaimed as a godly woman who claims she hasn’t sinned for 12 years, but Marshall and Philip know what she’s like behind the closed door of their trailer.

How will these abused kids turn out?

At age 17, Philip is a student at a fundamentalist Bible college. He’s burned out on religion, burned out emotionally. He’s become a skeptic, constantly on the faculty’s prayer list. Into his life comes Janet, a young woman who transfers in. Three years older than he, she becomes his salvation. He hasn’t loved anyone in seven years, nor has he had anyone love him. Emotionally he is dead, unable to cry. They fall in love; he can pour out his pain to her without her turning away.

Philip is on the way into the light.

Marshall, musically gifted, wins a scholarship to Wheaton College. Mildred, however, is furious and works to block his move. In a towering rage, she threatens him with a new curse: If he goes to Wheaton, she will pray that God will either take his life or destroy his mind.

Marshall leaves for Wheaton but never graduates. He suffers a mental break and begins a tragic slide deeper and deeper into hell—LSD, a free-love commune, suicide always on the table. You read it all, and you’re certain that there’s no way this story will have a happy ending.

Yet at the end of the book, Marshall is still there. Somehow he has survived. But spiritually he is dead, seemingly hardened beyond the reach of any argument or appeal on behalf of God.

Even more surprising, Mildred is still on the scene. Now approaching 100, she has reached a working relationship with Philip. She hasn’t spoken to Marshall in 30 years.

So much for Adventists to contemplate here. So much in this searing account that cuts close to the bone. So much that everyone involved in Adventist education, especially of children and teens, should take time to read and think deeply about.

Yancey took several years in writing Where the Light Fell. I am astonished that he proceeded with publication while Marshall and Mildred are still living. But in important respects, the book is a catharsis, an effusion, a pain-letting.

And it is much more—an exposé of the shallowness and toxicity of fundamentalist faith, an indictment of the pseudo-spirituality that is the hallmark of much that passes for religion in America, above all a book from inside the wounding of a child’s psyche.

With all that Yancey shares in his book, I wanted to know more.  He tells us how, as a teen, he was constantly injuring himself, with repeated fractures of arms, wrists, and legs. I want to know: what was going on behind this extraordinary record? Were all these “accidents” the manifestation of a cry of pain from deep within?

And then there’s the wedding. What should have been a special day is ruined by an angry outburst from Mildred. Yancey tells us no more. Did they have kids? Did he need therapy to cope after his terrible upbringing? I would love to know.

Nevertheless, this is an important book, Yancey’s best. “I truly believe this is the one book I was put on earth to write,” he tells us. I think he’s right.

William G. Johnsson is the retired editor of Adventist Review and Adventist World magazines and the author of numerous books, including Where Are We Headed? Adventism after San Antonio (2017) and Authentic Adventism (2018).