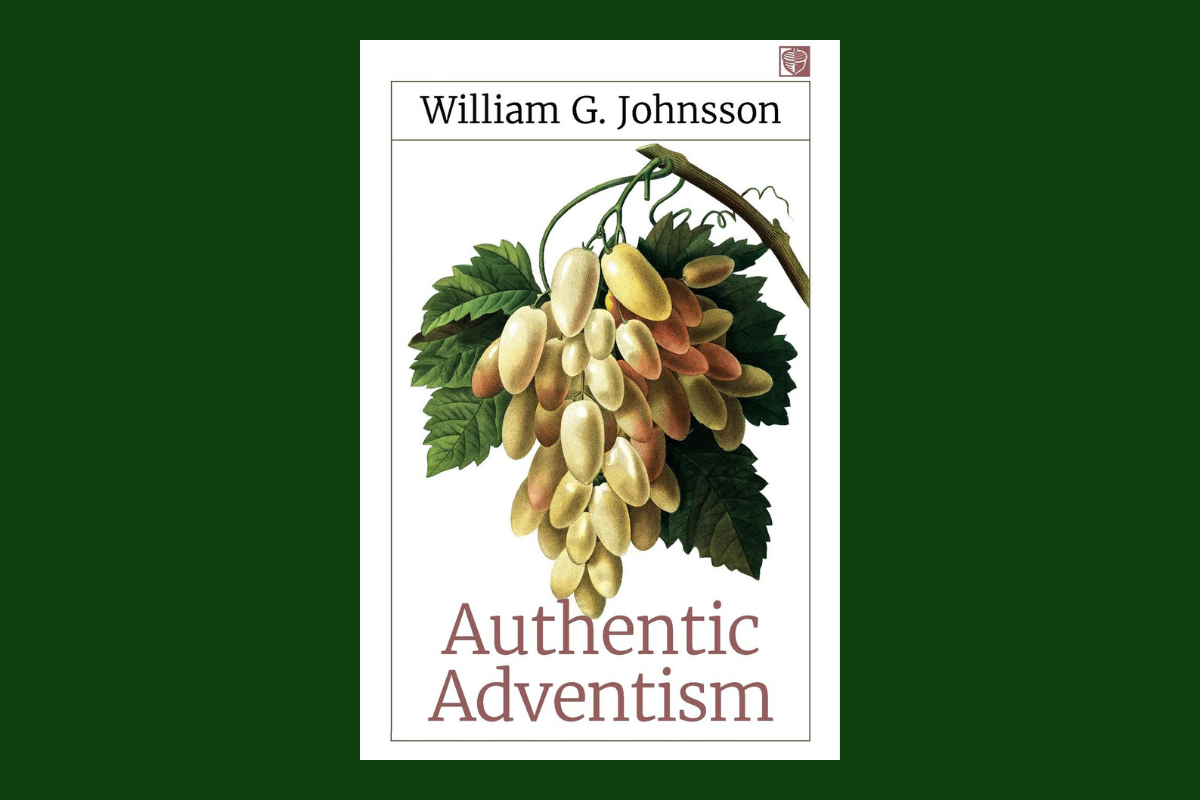 Much has happened in the four years since William Johnsson’s Authentic Adventism was published. The United States has a new president, a new Supreme Court justice, and another nominee under review; we’ve had two years of a worldwide pandemic and division in the church over vaccines and other safety protocols; there’s a war in Ukraine. But the question of what is authentic Adventism is as relevant as when the book was published.

Adventism is often associated with being different. Worshipping on Saturday. Being vegetarian. Our understanding of the sanctuary and the three angels’ messages. Being a remnant. Having our own prophet. Then there’s the checklist environment that some of us grew up with. I needn’t go into the shifting standards of hair length, beards, pantsuits, dress length, makeup, jewelry, and Sabbath observance. If you’re an older Adventist or ex-Adventist, you know what I’m talking about.

But Johnsson, most well known as the editor of Adventist Review from 1982–2006, goes in a quite different direction. The book’s cover design features a bunch of grapes on a vine, an allusion to Jesus’s discourse in John 15 about how his disciples need to be connected to him, the true vine, if they are to be his authentic disciples: “Apart from me, you can do nothing” (John 15:5). Johnsson’s test of who counts as an “authentic Adventist” is really, in his words, Jesus’s test: “Every quality that you think designates authentic Adventism has to pass the Jesus test. You have to first find it—find it clearly and unequivocally, not by fudging, inference or sleight of hand—in the life and teachings of Jesus” (8).

With that in mind, in ten chapters Johnsson follows a pattern: to present a story or teaching passage of Jesus and discuss its implications for those who would like to be authentic Adventists. Along the way, Johnsson identifies challenging areas for Adventists (and, in most cases, for other Christians): dealing with race (chapter two,) artificial walls (chapter three), hypocrisy (chapter four), transparency (chapter five), present truth (chapter six), children leaving the church (chapter seven), noncombatants (chapter eight), living God’s love (chapter nine), and treatment of women (chapter ten).

Some readers might protest that Johnsson’s authentic Adventist looks a lot like an authentic Christian of any denomination, that Johnsson doesn’t place sufficient emphasis on what makes us distinctive. I believe that is part of his point: that the things that make us distinctive, when overemphasized, when placed ahead of a living and growing relationship with Jesus, become a stumbling block to our spiritual walk and our witness to others. Recently, I was talking with a retired Adventist educator and writer after a church service, and he said he didn’t enjoy being around Adventists who were Adventists first and Christians second, that it was important to be Christians first and Adventists second. Johnsson, as I understand his book, would agree.

In chapter ten, “Two Women, Two Seats,” which was previously published on the Spectrum website, Johnsson eloquently compares Rosa Parks and her seat on a bus in Montgomery, Alabama, to the General Conference’s refusal to allow Sandra Roberts, when she was the duly elected president of the Southeastern California Conference, to be named as such in the Seventh-day Adventist Yearbook. The Yearbook left a blank spot where her name should have been. Roberts was also denied a seat and voice at Annual Council meetings. Johnsson uses the example of Roberts’s exclusion to stand for the larger issue of the role of women in Adventist leadership and ministry. As a teacher at an Adventist university, it is my observation that the church’s reluctance to embrace women’s ordination and women in leadership is a major stumbling block to the viability of the church as a future home for today’s students. The North American Division’s position of supporting women’s ordination is helpful in this regard but is still not the official church position, and a quick look through a list of General Conference officers will reveal the overwhelmingly male-dominated church structure. Even though the business world at large is still male-dominated (last year, 41 of the businesses in the Fortune 500 were led by women, 8.1%), the church organization is far behind that—due to the issue of ordination. In the academic world, we are very comfortable working with women in leadership. I have a department chair, college dean, and university president who are all women. No problem.

By mentioning the challenges and occasional pettiness of the Adventism I grew up with, I don’t wish to present a caricature and imply that that is the only legacy of my youth. There were many, many positive aspects of my upbringing, and I am grateful for them. As a young Adventist, I developed a love for and an appreciation of nature through Pathfinder and Palomar Nature Club camping trips. I was introduced to the Bible as a guide for life, given a paradigm of a world created by a God who loves me and cares about me and will help guide me in my life decisions. Through Adventism I developed a belief that our lives in this world need to be understood against the backdrop of a dispute about the character of God. Through Adventism I was introduced to the health message, grew up vegetarian and, much later, learned of the dangers of sugar—from an Adventist researcher. Through Adventism I learned to love the Sabbath and am happily working my way through Sigve Tonstad’s magisterial The Lost Meaning of the Seventh Day. Through Adventism I developed a transnational loyalty, the idea that although I am from the United States, my primary citizenship is as a child of God and a member of God’s kingdom, and that all other humans are created by God and have infinite value conferred by his creative and redemptive actions. So yes, I have a lot to thank Adventism for, while also fully commending Johnsson’s points of concern for the church and for what constitutes authentic Adventism.

Can one be an authentic Adventist while supporting the need and appropriateness for women at all levels of leadership and ministry? I believe so.

Can one be an authentic Adventist while recognizing some of the difficulties with knowing exactly how and when God created the world? I believe so.

Can I be an authentic Adventist while admitting that I have a lot to learn in understanding LGBTQ issues and that listening and learning is a more appropriate attitude for me than telling other people what to do? I believe so.

Do I believe that other people can be authentic Adventists while disagreeing with me on various issues of church direction and doctrine? Absolutely.

Do I think that our church and our institutions of higher education should encourage robust and respectful dialog about difficult issues, from a range of perspectives, between theologians and scientists, psychologists, sociologists, and others? I long for that.

I am grateful that William Johnsson, in retirement, was willing to take time from his beloved rose bushes, as he tells us, to engage again with the church he loves and cares for and has devoted his life to serving. May we all become more authentic and effective in the service of our Lord and Savior, Jesus Christ.

For a chance to discuss this book and hear from the author, join the online meeting of the Spectrum Book Club on March 26, 2022.