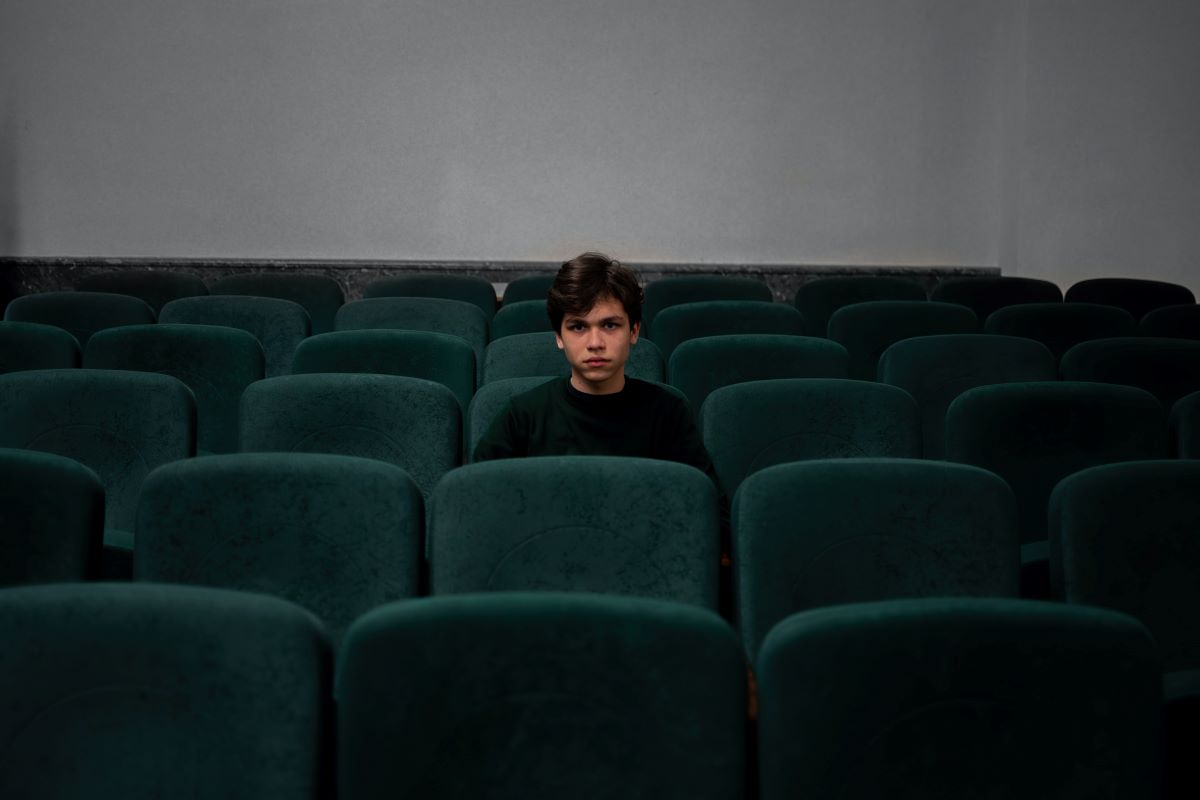 When was the first time you heard or read this story?

One day a man was walking along the beach when he noticed a boy picking up and gently throwing starfish back into the ocean. “Why are you doing that?”  He asked.

“Well, the tide is going out. If they don’t get rescued, they’ll die,” the boy replied.

The man chuckled to himself and said, “Do you realize there are miles and miles of beach and thousands of starfish? You’re not making a difference.”

The boy nodded politely at the logic of the challenge, then bent down to pick up and throw another starfish into the ocean, “I made a difference to that one.”[1]

Miko’s Choice
Miko was a Korean or Japanese servant in old man Chan’s house in Manado, Indonesia, a hundred years ago. The old man’s wife, who lived in China, refused to join him in what was then Dutch East Indies, to build a thriving business. So, Miko bore him three children, two boys and a girl. But the old man died and Miko and her children were summoned by the wife in China. She obediently complied with the order.

But upon arriving in China, it didn’t take long for Miko to figure out that old man Chan’s wife had claimed the three children as her rightful possessions, and her own days were numbered. She knew she had to run away. But what of the three children? She couldn’t possibly bring all three. She could only risk bringing one in her escape.

And so, shrouded by darkness of a moonless night, she took the youngest child, an infant boy, and stumbled along the less traveled mountain track to the coast. She had secretly hired a poor laborer to carry the child, saying, “If they catch us, I will kill this child and myself. But if we reach the coast, I will pay you in gold.”

The escape was well planned, and they arrived in a town where she had buried some gold and boarded a ship back to Indonesia and Manado, where she had previously buried much more gold. She had snatched one offspring and provided a better life for him with his father’s wealth. That child was my grandfather.

One Preacher, One Boy
If you can find some inspiration from 7th Century English church history, here is one that tells of Ceolfrith (c. 642 716) a monk in North Yorkshire, who was ordained as a priest at the early age of twenty-seven. After visits to Canterbury, he became “most learned in ecclesiastical and monastic practices.” However, his practical ability caused him to be appointed baker and led him to bake bread and cater for his monastery. A plague swept through Ceolfrith’s monastery in 686, taking most of the monks who sang in the choir for the church services. Only the abbot Ceolfrith and a young boy, who was raised and educated by him remained. For how long, we are not told, during the plague Ceolfrith only preached to that one boy in church. A reference was made in a description of Ceolrith’s ministry, that his young disciple “is now a priest of the same monastery and commends the abbot’s admirable deeds both verbally and in writing to all who desire to learn them.”

That one young boy grew up and eventually was called Saint Bede, who became well known as an author and scholar. Bede’s most famous work, Ecclesiastical History of the English People, gained him the title "The Father of English History". His writings were extensive and included a number of Biblical commentaries and other theological and exegetical works.

Another important area of study for Bede was the academic discipline of computus, otherwise known to his contemporaries as the science of calculating calendar dates. He helped popularize the practice of dating forward from the birth of Christ (Anno Domini – in the year of our Lord), which we commonly abbreviate as A.D. This is a story of one pastor and just one child in his congregation. But that one young soul grew up and made a big difference to this day.

Sitting at the Master’s Feet
I remember as a teenager being persuaded by my church youth leaders to attend a Sabbath afternoon Bible study, conducted by a Sydney Conference Youth Department leader. His name was Pastor Christian and he taught us Christian Apologetics. The meeting was not well attended, but that presentation, with no singing, no handclapping, feet-stomping, excitement, nonetheless cut a deep groove in my mind about intelligent spirituality. It led me to deeper inquiry about reason and evidence for the Christian faith and how it is influential.

While serving as a student missionary in a Melbourne church-planting effort, I preached at an Asian congregational there. One of my theology seniors who had graduated from the seminary and was continuing his studies in philosophy at a Melbourne university invited me to a picnic lunch afterwards. We were joined by a pastor who was pursuing his postgraduate studies integrating theology with sociology. And so, for two eye-opening hours post-lunch, they explained to me how to illustrate a church’s spiritual progress or regress. These provided deeply nourishing theological insights that were and still are as riveting wherever I get a chance for their retelling. I was an audience of one at the feet of my gracious, insightful seniors.

During my final year at seminary, I was assigned a student preaching trip to a church whose pastor had been my high school Bible teacher. He was a recognized church historian. After the sermon, he and his wife invited me to lunch. Like Apollos in Ephesus, I was re-educated deeper after putting my feet under the dinner table, to unravel the complexity in righteousness by faith debates. He fleshed out the skeleton, the contours of which I barely had visualized half-asleep in those 7:30 a.m. Systematic Theology lectures years before. I was an audience of one which my high school pedagogue had regained after a decade. The difference he made in an incidental learning that one Sabbath afternoon was intellectually fulsome and spiritually lasting.

It was Mary Magdalene who sat at the feet of Jesus. She treasured them with unmatched devotion, washing them with the priceless content in her alabaster box. They were the feet of One on the Mount of Blessings, who brought good news in parables. And Jesus commended her act with a global, timeless indicative (λαληθήσεται).[2]

It was John, the beloved young disciple, who along with Mary stayed with the Master all the way to Calvary and heard His last words at the Cross—that wooden product of a carpenter being the greatest parable in itself.

And it was Saul who once sat at the feet of Gamaliel, who became Paul, the former Pharisee who championed Jewish-Gentile fellowship. And this Paul consequently sat under the guidance of the Holy Spirit for years as he recovered sight, once lost and found.

Please Sir, One More
How often have Gospel workers faced just an audience of one? That may not be an ideal scenario for recognition and promotion in any church organization's system of evaluation. We are trained to be public speakers to hundreds and thousands, filling up stadiums and city halls. We look our best on posters and billboards, as popular speakers, or appear as one of them.

The audience of one may not be cherished the way Jesus cherished the lone moonlit Nicodemus, the camouflaged Zacchaeus, Mary and her sister Martha, or the Samaritan woman at the well. Even in the rare ominous chance for Pontus Pilate, Jesus yet looked for one more. If He prayed to the Father again and again, for one more, He certainly said yes quite readily to one more. Again and again, Jesus snatched another one for His kingdom, even a last-minute bargain for an anonymous thief next to the Cross. Jesus made an eternally significant difference to each audience of one who came, and to whom He came, with overflowing grace.

Music from the Heritage Singers shaped much of my musical culture. There is one song in their repertoire that isn’t the most popular, but it may well be the most hauntingly poignant to those who contemplate the unique ministry of Jesus. The relevant portion of its lyrics tug at us:

But oh, how the thousands came
When the bread was multiplied
And oh, how the hosannas rang
At the King's triumphant ride
And as long as the miracles flowed like wine
They called him Wonderful
They came to dine

After the thousands had been fed and chased after Jesus—then turned away when He said He was greater than Moses their teacher—Jesus looked at the few disciples at His feet and asked, “You do not want to leave too, do you?” I imagine Jesus must have enjoyed a thrill when He heard His disciples answer, even if impulsively, that they cared to stay awhile with Him and listen, behold, think, know, understand and believe…

Simon Peter answered him, “Lord, to whom shall we go? You have the words of eternal life. We have come to believe and to know that you are the Holy One of God.” (John 6:68)

The Rest of the Story
Another version of the starfish story features a little girl, and it has an important element in the ending:

A man approached the little girl and said, “Little girl, why are you doing this? Look at this beach! You can’t save all these starfish. You can’t begin to make a difference!”

The girl seemed crushed, suddenly deflated. But after a few moments, she bent down, picked up another starfish, and hurled it as far as she could into the ocean. Then she looked up at the man and replied, “Well, I made a difference for that one!”

The old man looked at the girl inquisitively and thought about what she had said and done. Inspired, he joined the little girl in throwing starfish back into the sea. Soon others joined, and many starfish were saved.

What difference has this story made in lives, including your own? For a new reality in communication during our current pandemic, there is sufficient evidence for the power of One on an audience of one.

[1]Adapted from “The Star Thrower" from The Unexpected Universe, by Loren Eiseley. Copyright © 1968 by Loren Eiseley and renewed 1996 by John A. Eichman, III, Houghton Mifflin Harcourt Publishing Company.

[2] Matthew 26:13 “Verily I say to you, Wherever this good news may be proclaimed in the whole world, what this one did shall also be spoken of -- for a memorial of her.' (Young’s Literal Translation, my emphasis)

Victor Lee studied Theology at Avondale College (Australia), Political Science at Flinders University (Singapore Campus), and works in the new rubric of Agroecological Epigenetics developed at Cornell International Institute for Food, Agriculture and Development (CIIFAD). He was born in Indonesia, grew up in Sydney, and has made Borneo his home for the past ten years.

Photo by Daniil Onischenko on Unsplash