The Assurance of Salvation 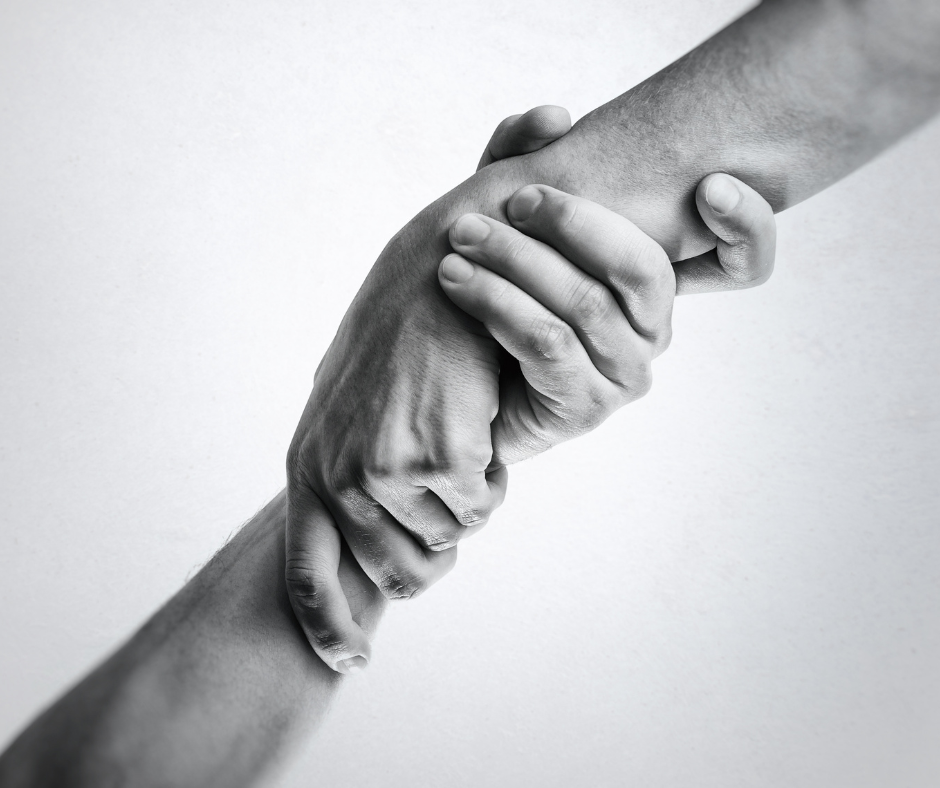 Dave nervously scanned the riverbank as his Special Forces patrol navigated the hostile waters of a Vietnamese river. He and his fellow soldiers were headed back to the previous day's battle scene in a six-man raft to obtain an accurate enemy body count, the only true measure of success. Suddenly, shots pierced the sultry air from the thick underbrush on the left bank.

Dave instinctively grabbed a phosphorous grenade and pulled the pin. Just as he cocked his arm back beside his ear, a bullet hit the grenade, exploding it in a horrific flash of pale blue light and searing heat. The blast instantly incinerated half of Dave's face, demolished several fingers, and mangled his arm and shoulder area. He fell limply into the river, where the water caused the phosphorous to burn even more fiercely. Somehow, he struggled to shore, crawled up the muddy embankment, and lapsed into unconsciousness,

A medivac helicopter soon carried Dave back to the base hospital. After extensive surgery and agonizing days, Dave was informed that his young bride would be flown in soon from the States. Tears of hope mingled with deep anxiety. He was in a large, open ward of disfigured soldiers, but he knew his wounds were the worst. Dave feared his wife would look at him and recoil in disgust. His chest heaved in great sobs as he mourned his physical loss and the thought of losing his sweetheart and best friend as well.

As the fateful day approached, he rehearsed a speech he had created in the desperate hope that something he could say would convince his wife to accept him. The morning of her arrival, Dave watched the ward entrance intently. Then she stood framed in the doorway. As she made her way to his side, Dave forgot his speech and could only manage to blurt out, "I'm sorry for the way I look." His wife paused, then bent over and kissed him on the part of his face that had been burned the worst. She smiled and said, "What makes you think I married you for your looks anyway?" And the healing began, the deep, inner healing that only true acceptance can bring. She accepted him long before he felt acceptable.

So it is in the spiritual realm that a sense of acceptance with God forms the basis for the rest of our Christian lives. Without it, we can be secretly running scared—never secure and never free. Unless we discover how to find such acceptance and security in Christ, we cannot fully participate in his marvelous plan for us or his church.

God wants us to be sure that we are members of his family. He is not glorified by our uncertainty. It is not humble to be unsure of our salvation. The apostle John certainly wanted his readers to be sure of their eternal destiny. "I write these things to you who believe in the name of the Son of God so that you may know that you have eternal life" (1 John 5:13 NIV).

There are basically two approaches to the assurance of salvation. One is bogus, and the other is life-giving.

The life-giving approach is relational. It is similar to a marriage relationship. Once the couple makes a commitment to each other at the wedding ceremony, they can be assured that the marriage will still be intact even though there may be many missteps and failings along the way.

Notice the following from the Spirit of Prophecy:

We shall often have to bow down and weep at the feet of Jesus because of our shortcomings and mistakes, but we are not to be discouraged. Even if we are overcome by the enemy; we are not cast off, not forsaken and rejected by God.[1]

When we sin and fall on our faces spiritually, that particular failure does not cancel our salvation any more than a fight between a husband and wife cancels their marriage. So it is in our marriage to Christ; as long as our marriage to him is intact, salvation is sure.

Marvin Moore put it well when he wrote,

I absolutely reject the on-off switch theory that justification turns salvation on, and every subsequent sin turns it off until it is confessed, at which point justification turns it back on again. I believe that God accepts us with our character defects and the wrong behaviors that spring from them, as long as we maintain our relationship with him. The way to turn off salvation is not by sinning, but by rebelling, by refusing even to be interested in salvation or in living the Christian life. Sadly, that is probably more often done by neglect than by choice.[2]

We need to rid our minds of the picture of God as some heavenly accountant keeping an exacting ledger of spiritual debits and credits. We need to stop continually second-guessing our salvation based on a misconception regarding heaven's priorities. From Christ's perspective, the central question is who we care about the most and how we are investing in that relationship.

That means that before you became a Christian, Jesus had already, in his own heart, forgiven you for every sin you have committed in the past, are committing now, and will ever commit in the future. That truth should remove any concern over whether or not God is willing to forgive. He already has! The cross did not persuade God the Father to forgive; it simply revealed the forgiveness that was in his heart already from all eternity. After all, God the Father is One of the Ones who thought up the idea of the cross in the first place!

At this point, personal salvation hinges on our response. There is a big difference between God's completed forgiveness and our willingness to accept it. The crucial question is whether we will admit our need and allow Christ to change us. Will the revelation of God's amazing love and the destructiveness of sin get us to open our lives to Jesus as Lord and Savior?

Once we do become a follower of Christ, assurance of salvation needs to be maintained as an ongoing experience, as the rock-solid foundation on which our entire Christian walk is built.

Whenever we mess up spiritually, God invites us to repent not in order to regain salvation but in order to help us grow. We cannot overcome what we do not acknowledge.

Repentance and confession are not God's way of making us grovel and beg. They are a God-given opportunity to reflect and learn. The goal is to keep our relationship with Christ current, transparent, viable, and whole with no hidden agendas or secrets.

If we are ever asked if we have the assurance of salvation, as followers of Christ we can confidently say, "By the grace of God I do." This is not the same as saying, "I am saved no matter what I do." It is saying, "As long as my commitment to the Lord remains, I do indeed have the assurance of salvation. I refuse to keep second-guessing. I refuse to depend on my fickle feelings. I know whom I serve, and I will rely solely on his word." The apostle John states clearly, "If we confess our sins, he is faithful and just and will forgive us our sins and purify us from all unrighteousness" (1 John 1:9 NIV).

Ellen White captures these principles well when she writes,

We should not make self the center and indulge anxiety and fear as to whether we shall be saved. All this turns the soul away from the Source of our strength. Commit the keeping of your soul to God, and trust in Him. Talk and think of Jesus. Let self be lost in Him. Put away all doubt, dismiss your fears. . . . Rest in God. He is able to keep that which you have committed to Him. If you will leave yourself in His hands, He will bring you off more than conqueror through Him that has loved you. [3]

Kim Allan Johnson retired in 2014 as the undertreasurer of the Florida Conference. He and his wife Ann live in Maitland, Florida. Kim has written a number of articles for Seventh-day Adventist journals plus three books published by Pacific Press: The Gift, The Morning, and The Team. He has also written three sets of small group lessons for churches that can be viewed at www.transformyourchurch.com (this website is run by the Florida Conference of Seventh-day Adventists). He is also the author of eight "Life Guides" on CREATION Health.