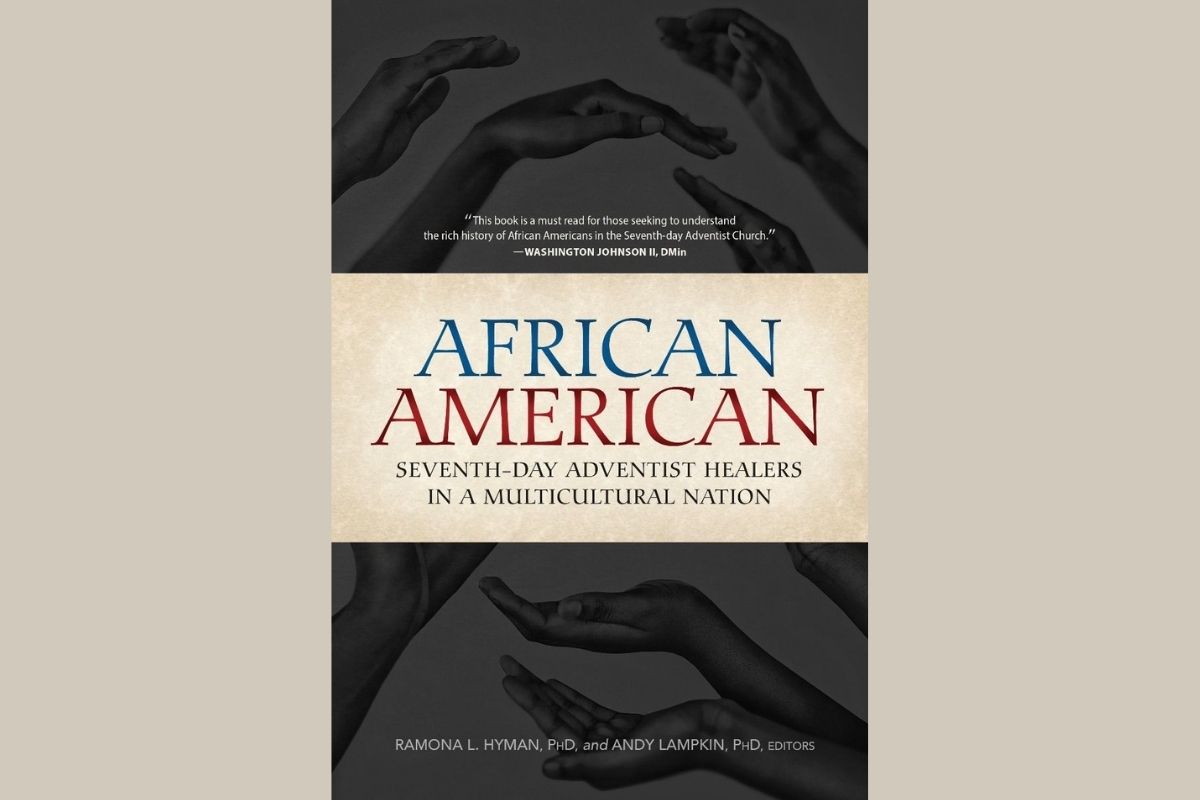 As we begin a new year, it seems like a good time to say a few words in praise of reading. I love to read books I can hold in my hands and put book markers in and underline, reading where I don’t have to plug in or recharge or wade through advertisements. Yes, I read electronic books too, and any format of book is better than no book. Reading is a great activity for cultivating focus, at-oneness—or at-twoness, since you’re in the intimate company of the author. I love C. S. Lewis’s remark in An Experiment in Criticism: “The question ‘What is the good of reading what anyone writes?’ Is very like the question ‘What is the good of listening to what anyone says?’ Unless you contain in yourself sources that can supply all the information, entertainment, advice, rebuke and merriment that you want, the answer is obvious.” So let’s make 2022 a year in which we read more good books and extend our understanding of this world, the people in it, and even the world to come.

African American Seventh-day Adventist Healers in a Multicultural Nation is a collection of essays and inspirational messages that looks at Black Adventist history and theology. While acknowledging a history of racist treatment of people of color within the Adventist Church, the primary focus is on the positive impact of Black Adventists as “healers” within a fractured country. Although the book was published in December of 2021, its contents come out of papers and sermons originally delivered at a conference in 2013. There is some recognition of the (ongoing) Trump era, the Black Lives Matter movement, and the disproportionate effect of COVID on Black communities in Carl McRoy’s brief afterword, but the rest of the writing seems set prior to those important contexts for understanding race in America. The distinguished contributors include professors, pastors, administrators, evangelists, and a medical doctor, with many of the writers wearing several of these hats at different points in their careers.

In the forward to the book, Jon Paulien states, “To be a Seventh-day Adventist and not know the black Adventist story is to be incomplete” (10). You won’t know the story in depth after reading this just-under-200-page volume, but you will likely learn quite a bit, as I did, and have your appetite stimulated for more. According to co-editor Ramona Hyman, a professor of English at Oakwood University, “The purpose of this collection is to examine, highlight, and share the contributions and questions people of the African diaspora have gifted to the Seventh-day Adventist Church, America, and the world” (16).

With two “Forewords” plus an “Introduction,” an “Afterword,” and a “Postscript,” it is abundantly framed. Within the framework are eight pieces, ranging from relatively short sermons to full-blown academic essays. Although there is material of interest in all the contributions, I will focus on three.

“Repairers of the Breach: The Social Role of Black Religion” by co-editor Andy Lampkin, professor of religion and bioethics at AdventHealth University, recounts some highlights of the larger Black church in the United States as a background to other essays that focus more specifically on Black Adventism. Lampkin notes how “the nascent Black Church emerged at the intersection of spirituality and systemic oppression to attend to the spiritual and existential needs of black people. The Black church became an important place of worship, social empowerment, self-help, and racial uplift.” Although white ministers in the antebellum era used the Bible to preach “the virtues of meekness, docility, obeying one’s master, and doing good work,” Black people found sustenance and encouragement in identification with the Hebrew slaves who God freed from their Egyptian masters, Lampkin says.

Unfortunately for Black people, as Lampkin points out in a telling phrase, “Egypt was on both sides of the Red Sea,” referring to the Jim Crow segregation that replaced chattel slavery after the Emancipation Proclamation. He notes how the Black church was central to the civil rights movement of the 1950s and 1960s, and how many civil rights leaders—from Martin Luther King Jr. to Rosa Parks, John Lewis, Ralph Abernathy, and Barbara Jordan—were “all active members of the Black Church and were motivated by its values” (32).

Lampkin also has an interesting section on the influence of Black theology and womanist theology, and emphasizes how keen awareness of earthly oppression has led to a Black religion that “has not, and cannot be, focused solely on issues of transcendence and otherworldliness to the neglect of the real-life experience of black people or of what is actually happening in black communities” (45).

Andrea Trusty King, DMin, a well-traveled speaker, pastor, and author, contributes “We, Too, Sing America,” with the title acknowledging a well-known Langston Hughes poem (“I, Too, Sing America”). King recounts brief histories of notable Black Adventist women, including Sojourner Truth (c. 1797–1883); Anna Knight (1874–1972), “the first female missionary to India and also the first Black female employee of the Seventh-day Adventist Church” (51–52); Irene Morgan (1917–2007), whose case helped pave the way for non-segregated seating on interstate buses; Lucille Byard (1877–1943), whose death sparked the creation of regional conferences; Mary Kate Stovall-Tapley (1921–); Dr. Lottie Blake (1876–1976); Dr. Eva B. Dykes (1893–1986); Dr. Rosa Taylor Banks (1942–); and other extremely interesting and accomplished people. I found myself wanting to read full-length biographies of each of these individuals and was pleased to find additional articles about a number of them online.

A third of the entire book is taken up by Leslie N. Pollard’s sixty-three-page treatise “Conference Mission, Structure, and Function,” which discusses the sometimes-controversial continued existence of Seventh-day Adventist regional conferences—for those new to the subject, these are conferences that were established in the 1940s with the primary purpose of ministering to Black Americans, with Black leadership. Over the last twenty or thirty years, I have heard and read a number of discussions about whether regional conferences are continuing to effectively serve the church or whether they serve only as an embarrassing reminder of Adventist apartheid. Previous discussions of the issue appearing in the Spectrum journal and on the website include contributions by Henry Felder (2010), Clifford Owusu-Gyamfi (2015), Meade Adams (2017), Donald L. Bedney II (2017), Kim Allan Johnson (2019), Ed McField (2020).

The issue is complicated, and any well-meaning white (or Black) person jumping on the bandwagon to disband the conferences would be well-served by giving careful ear to what numerous, thoughtful Black church leaders have to say about the matter. You might as well start with Leslie N. Pollard’s essay in the present volume, a carefully and thoughtfully worked out analysis of the issue that comes squarely down in favor of maintaining regional conferences.

Pollard, the president of Oakwood University and previously vice president for diversity at Loma Linda University, with pastoral experience, a doctor of ministry degree from Claremont School of Theology, and a PhD in New Testament from Andrews University, is particularly well-positioned to write on this topic. Some high points of his argument include a helpful glossary of terms such as “desegregation,” “integration,” “segregation,” “diversity,” “unity,” and “mission particularity.” I found his use of “affinity grouping” especially helpful, “the practice of voluntarily affiliating around shared national, cultural, racial, linguistic, or gender commonalities,” which he uses to describe Black churches, as well as Korean, Chinese, Filipino, or Latino oriented ministries, men’s or women’s groups, and so on. With the language and “racial” groupings, he makes the point that these are voluntary associations and that people not originally from that grouping are welcome to participate and join the fellowship, unlike in the segregated white churches of the past.

Pollard examines the Old and New Testaments to see what prescriptions or suggestions there are for church structure and whether those should apply to the contemporary church or not. He extracts principles, including that structures vary across time and that structure “expands, contracts, and/or adapts based on the scope and focus of the mission,” and that “mission should be the primary shaper of structural form.” As Pollard sees it, “the Regional conference structure appears to be a highly effective method of deploying human, financial, technological, and physical resources in maximizing the Adventist effort to reach the African American people group in the NAD with the SDA message.” Pollard makes extensive use of the term “mission particularity” to identify an evangelistic goal of working for a primary group, while welcoming one and all.

Pollard acknowledges the racist background to the origin of regional conferences and the "regretful history of the Adventist Church’s treatment of blacks between 1890 and 1965.” However, he argues that “history does not have to be perfect to be purposeful,” and makes a connection between regional conferences and the history of Joseph in Egypt, where Joseph was sold into slavery by his brothers but God worked this in the end to both Joseph’s and his brothers’ advantage. Similarly, Pollard says, regional conferences, though born in a racist environment, grew up to serve the Black community very well and should be continued as long as they are fulfilling a valuable service.

I am thankful for this book, and for all the recent work by other Adventist scholars, such as Dr. Benjamin Baker, who are bringing to light forgotten but important parts of Adventist history and identity. This would be an excellent book to add to your new year’s reading list.