The Violence in the Christmas Story 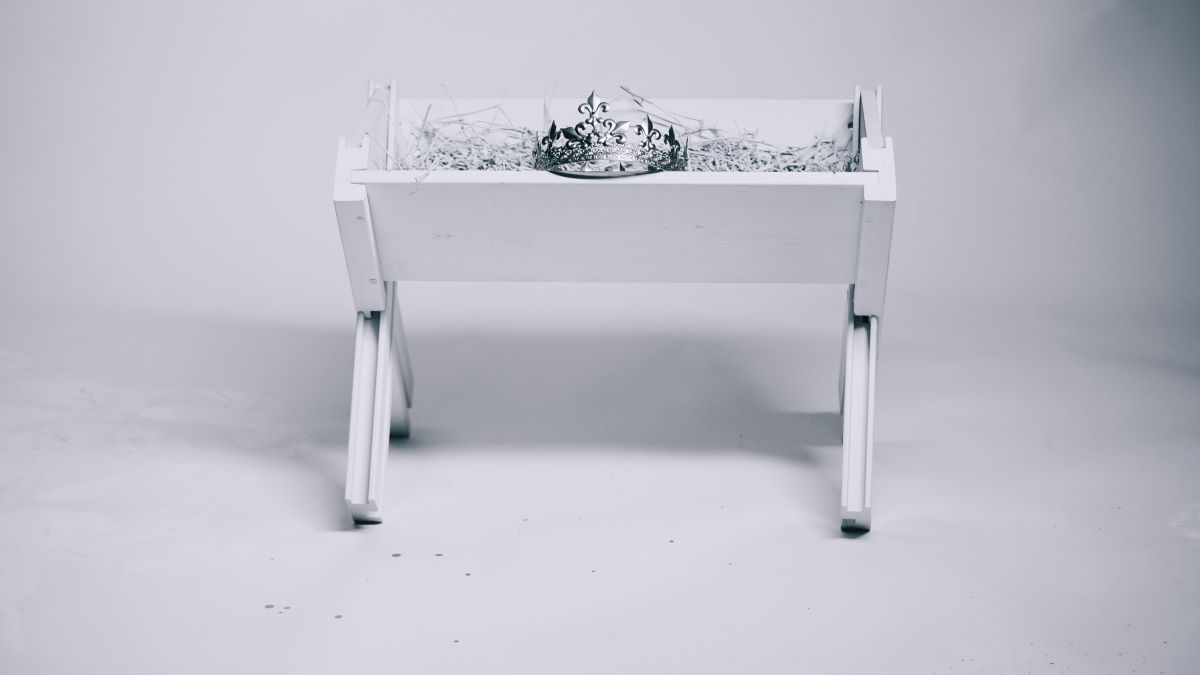 Many children and adults perform and celebrate the Christmas story with cute costumes and nostalgic hymns. True, those nativity plays have their place. However, that night, when Jesus was born to Mary in a lowly stable in Bethlehem, was not just a children’s story. It was God covertly infiltrating enemy territory. It was a declaration of war.

On the evening of the June 5, 1944, in the dead of night, 20,000 soldiers were flown over the machine guns, tanks, and barbed wire on the Normandy beaches and dropped behind German lines. Their task: to secretly destroy as many enemy strongholds as possible before 156,000 troops landed on the beach the following morning. This was the first stage of Operation Overlord, the combined Allied invasion plan to re-take Western Europe from Nazi control. One of the members of my dad’s family was part of the 7,000 British troops who parachuted into France on that night. The paratroopers destroyed bridges, blocked Nazi supply chains, and pinned down Nazi troops that would have otherwise been free to counter the oncoming beach assault. The airborne assault on the June 5, 1944, was a significant factor in the success of the D-Day invasion the following day. However, 1 in 5 of those 20,000 airborne troops was a casualty. Success came with a high cost. Violence met violence. To what end?

Have you ever wondered why Jesus was born in Bethlehem?

On a starry night roughly 2,000 years ago, Bethlehem was occupied with violence. Perhaps the only way God could infiltrate enemy territory was to use a similar tactic—a baby born to a poor couple surrounded by animals and society’s outcasts, caught up in an economic system benefiting the imperial occupiers and a collaborationist religious leadership. The land of Jesus’ birth had been invaded by a system predicated on brutality and exploitation.

To get behind enemy lines takes covert planning, ruse and intelligence. On a cold Bethlehem night, a ruler arrived non-violently, as a human baby in a parachute made of swaddling cloth behind enemy lines. Unnoticed, but set. Ready to take the fight to evil face-to-face. Ready to repel attacks at any moment. As with any epic story, the arrival of a redemptive hero means there will be conflict. But how to conquer the violent?

The first attack came before the New King could utter the word ‘mama’. A massacre of children. It’s a moment usually left out of school nativity plays, and difficult to understand in the world of cute costumes and fluffy sheep. But it is the first in a series of encounters in which people react to Jesus of Nazareth with threats and violence.

“Then Herod, when he saw that he was deceived by the wise men, was exceedingly angry; and he sent forth and put to death all the male children who were in Bethlehem and in all its districts, from two years old and under, according to the time which he had determined from the wise men.” Matthew 2:16 (NKJV)

Yet, one angel was able to fight his way through the enemy lines and appear before Joseph to warn him of Herod’s intent. The Son of God, the New King, now became a refugee baby in a foreign country. Undercover. Disguised. Satan had prepped the Jewish leaders to look for the Messiah in royalty, in the rich and famous. Instead, God’s plan to infiltrate enemy lines involved homelessness, outcasts, animals and refugee status. The Coming King was revolutionary. His birth story didn’t abide by traditional society expectations of conflict, and neither would his Kingdom.

Nevertheless, regardless of his earlier setback, the occupiers had further plans to ensure that this revolutionary Kingdom never came to power; the battle was unfinished. Satan knew a showdown was on the horizon. He had already begun to prepare his army—a deadly combination of battle-hardened occupying soldiers and heart-hardened religious leaders. The war for the dominion of the world, between this Man and the devil, would come to a violent finale. But in the end, Satanic violence itself was exposed as weak and evil. Jesus showed a new way to end the conflict: non-violence. The divine had infiltrated the devil’s lies, exploding the weakness inherent in violence and fear of death. The process that started with a life born into human exploitation and brutality had subverted that system and became an eternal witness to the power of non-violence.

No matter how we choose to view that scene outside Jerusalem thirty-three years later, it takes on a whole new meaning when we realize that the Christmas story was God’s declaration of war to end war.

Tom Stone is Head of Religious Education at a secondary school in Reading, in the UK. He has a PGCE in RE from the University of Oxford and a BA in Theology from Newbold College. He lives in Reading with his wife, Rachel, and their 3 children, Penelope, LilyRose, and Abel. His book, In the Shadow of the Pyramids: A Reflective Commentary on the Narrative of Deuteronomy, was published by WestBow Press.