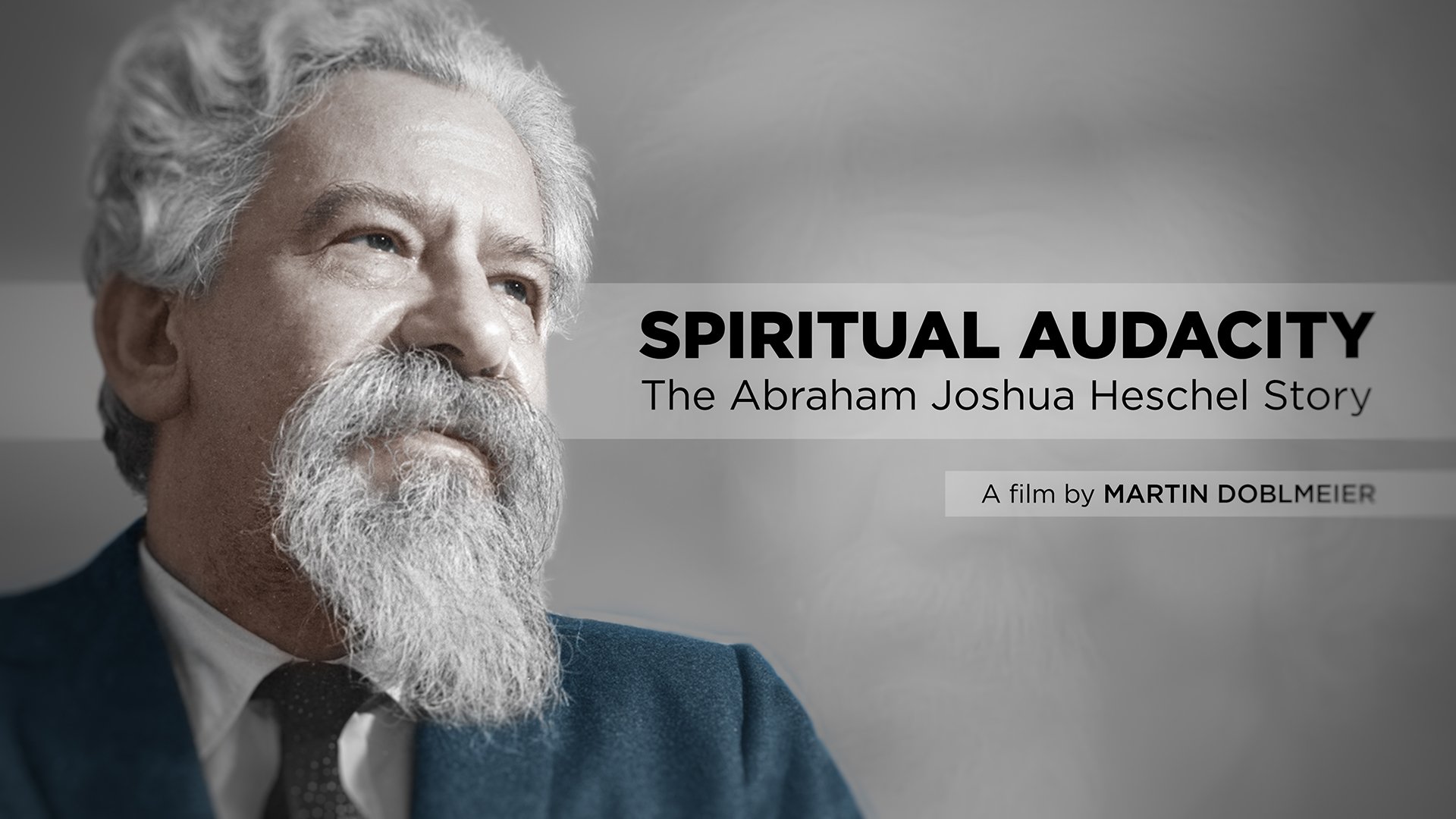 Abraham Joshua Heschel, Jewish rabbi and theologian, civil rights advocate, Holocaust survivor, and champion of interfaith dialogue, is the subject of a new documentary Spiritual Audacity, produced and directed by Martin Doblmeier of Journey Films. This Sabbath, May 1, Doblmeier will discuss the making of the documentary during a Spectrum webinar at 5:00 p.m. (EDT).

The St. Paul/Minneapolis Adventist Forum Chapter and the Minnetonka SDA Church are hosting the event.

Rice describes Heschel’s work, particularly his book The Sabbath, as making a significant contribution to SDA Sabbath theology. “I see it as stimulating a major change in SDA perspective — from the doctrine of the Sabbath to a theology of the Sabbath and from Sabbath keeping to Sabbath experience. “The rich language of the book gave Sabbath keepers a new way to talk about the Sabbath, which Heschel called a “cathedral in time.”

To make the documentary, Doblmeier interviewed a diverse group of individuals starting with Heschel’s daughter and others including Cornel West who described Heschel’s participation in the Civil Rights marches of the 1960s. The documentary calls Heschel one of the most remarkable and inspiring figures of the American 20th century. He was a mentor to Martin Luther King, Jr. and the entire Civil Rights Movement, a leading critic of the Vietnam War, a champion for Soviet Jews, and a pioneer in the work of interfaith dialogue.

As a filmmaker, Doblmeier has focused on a variety of religious figures such as Dietrich Bonhoeffer, Dorothy Day, Reinhold Niebuhr, and Howard Thurman. He has also told the story of various religious groups, including Seventh-day Adventists.

In 2020, Doblmeier had just completed the interviews for the Heschel documentary when COVID shut down normal business. Working at home, he wrote the script and edited the footage. He was able to finish the film despite the industry shutdown.

The film will debut on PBS in May and is available for purchase from the Journey Films website. The Spectrum webinar was recorded and posted to the Spectrum website here.