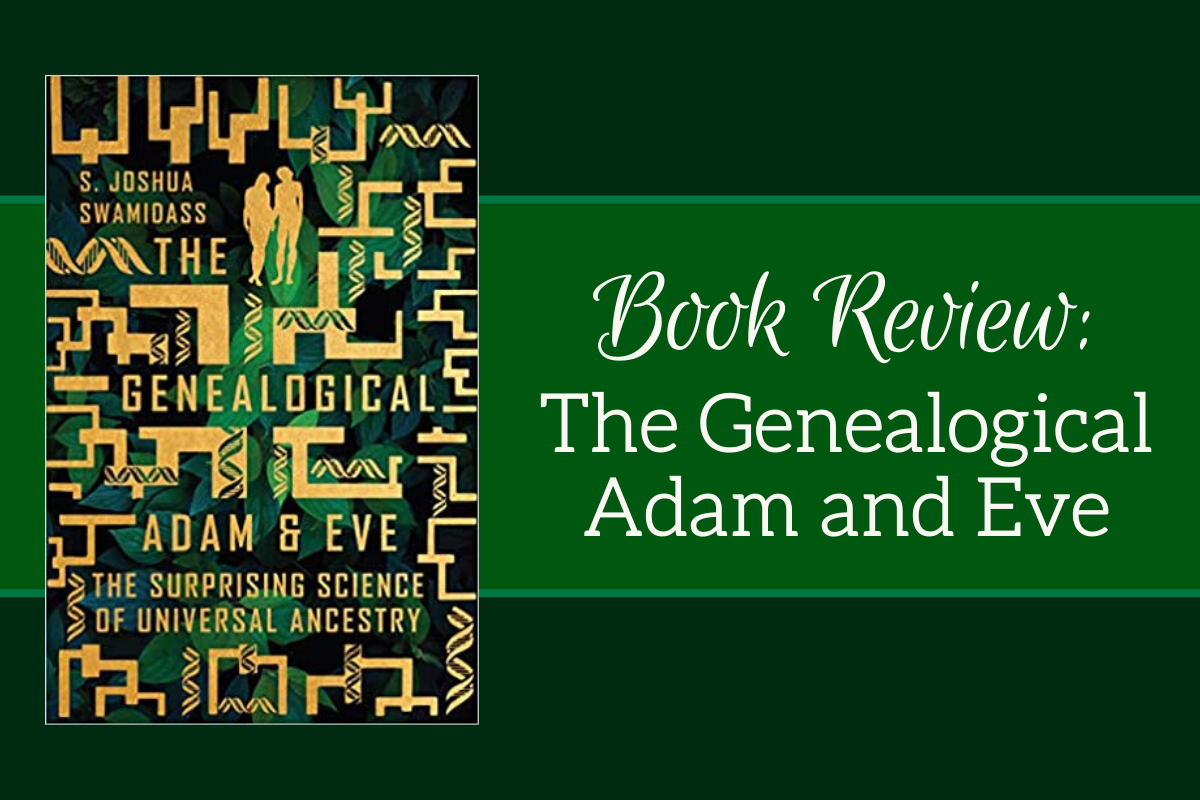 Yes, you can “have your cake and eat it too.”

I have long been fascinated by science, particularly the biological sciences. I remember in college, sitting in science classes and thinking, “There is nothing new left to discover. Everything of any importance has already been studied.” The structure of DNA and the interpretation of the genetic code had long since been worked out. Organic chemistry was a series of well-characterized reactions that I just had to memorize. And physics — well, Einstein and some other guys had done a pretty good job of solving those problems.

Since then I have learned that there are, in fact, many excellent questions yet to be answered, in all of the above disciplines. I have had a lot of fun, and some moments of frustration, figuring out some of the puzzles present in my chosen area of the scientific discipline. I have discovered that in science, asking good questions is valued just as much as knowing all the answers. Yes, scientists do like to have answers, however, they realize that every good answer leads to many more good questions to explore, and that exploration of these questions is what makes science more than just a bunch of facts.

This contrasts with what we often find in the church. Answers seem to be valued far above asking questions. Most members are absolutely sure that they have the truth, and questioning (or doubting) is looked down upon as a lack of faith. We have many sources of answers (the facts), from the 28 Fundamental Beliefs, to a good series of Bible study lessons, and our weekly Sabbath School lessons. Rarely do we find these documents asking questions that are not subsequently answered for us. It seems that, doctrinally at least, there is “nothing new left to discover,” or, at least, we have reached an impasse in our ability to discover answers to certain big questions, such as, “How was Jesus both God and man? How can God be three persons in one? How can we convincingly integrate the story of creation in the Bible with the story of origins presented in the scientific literature?”

Of course, it is that last question that tops the list for a scientist who is a Christian, and it is the topic of yet another book, this one by scientist and Christian S. Joshua Swamidass. Many attempts have been made over the years to answer this question. It seems the primary contenders are these: 1) a short chronology for our Universe and all of life on planet Earth, begun about 6,000–10,000 years ago, as described in Genesis 1 (adopted by most Evangelical Christians), 2) a short chronology for life on planet Earth, begun about 6,000–10,000 years ago, but a longer chronology for the geological features of the Earth and the surrounding Universe (adopted by many Adventists), and 3) a long-term chronology of the Universe consistent with evolutionary discoveries, but allowing for the process to be guided by God (adopted by many mainstream Christians). While the first two approaches seem to ignore much of the evolutionary evidence, the third option seems in many ways to be just capitulating to the science, giving in to the “other side.” Yes, evolution happened, but that stuff in the Garden of Eden — that was just allegory, a story with a deeper meaning, but certainly not real. It seems that we have reached an impasse in our ability to discover answers to this big question: How can we integrate the biblical and scientific origin accounts?

In The Genealogical Adam and Eve: The Surprising Science of Universal Ancestry, S. Joshua Swamidass takes a stab at this question. Specifically, he considers: Is it possible to accept BOTH evolution across deep time AND a historical Adam and Eve within the Garden of Eden as ancestors of all mankind? Is it necessary, as most theistic evolutionists believe, to discard the story of Adam and Eve as mythology if one accepts evolution? He arrives at a surprising answer, as he approaches this question from a completely scientific point-of-view. He concludes that, just as science cannot exclude the existence of God, neither can science exclude the existence of a real Adam and Eve in the not-so-distant past as our common ancestors.

His line of reasoning is interesting, although his presentation can sometimes be tedious and long-winded. Swamidass starts with two scientific statements arising from recent analyses of genomes — the collections of DNA that make up each organism:

1. We arise genetically from a population, and our ancestors never dip down to a single couple within the last five hundred thousand years.

2. We share ancestors in common with the great apes: chimpanzees, gorillas, bonobos, and orangutans (p. 12).

Then, he probes two points that, he proposes, allow for the recent special creation of Adam and Eve, while, at the same time, accepting the evolution of humans outside the Garden as described in the two scientific conclusions above:

2. Human is a multivalent term, with many definitions. In theology, the term human can be defined with theological precision and it need not correspond with the scientific usage (p. 12).

The book is divided into three major sections, with additional introductory and concluding chapters.

The first section focuses on his primary hypothesis, that a specially-created Adam and Eve could have bred into the surrounding “outside the Garden” population of humans so that they became the ancestors of all humanity, from a genealogical point-of-view, within a relatively short time (several thousand years). He points out that scientists interested in ancestry often focus on the use of genetics, the tracking of specific DNA features from generation to generation. This presents a problem if you are looking to connect all mankind to a particular common ancestor, as half of those DNA features are likely to be lost from one generation to another (you only inherit half of your mother’s DNA). The trail quickly goes cold as you go back just a few generations. However, the Bible, he explains, deals with genealogy, not genetics. In genealogy, your great-great-great-grandfather is still your great-great-great-grandfather, even if you don’t share any DNA. Swamidass presents his ideas with very limited math, some very helpful graphs and illustrations, and some analogies, in a repetitive way that gets a little dull, but certainly drives home the ideas. For example, he repeatedly describes genetics as a streetlamp that can help us understand many local relationships, or like a telescope that can magnify a few distant biological relationships, but cannot help with problems of intermediate historical significance, such as a relatively recent Adam and Eve, that a genealogical ancestry approach might better explain.

In the second section of the book, Swamidass wrestles with what it means to be human. This question clearly becomes front and center through his hypothesis that centers on two groups of humans — those descended from Adam and Eve (which becomes everyone within a relatively short time), and those outside the Garden and not directly related to Adam and Eve until they eventually cross paths. Swamidass briefly describes current scientific understandings of human evolution, but focuses primarily on theological definitions (“What is the image of God?”) and of theological challenges to the possible existence of people outside the Garden.

Finally, the third section of the book considers how this new view of ancestry can make space for theology. This seems to be the most significant point of this book — that a literal understanding of Adam and Eve is valuable and can fit within modern science. Now, of course, some readers will say, “Of course Adam and Eve were real!” But for those who have concluded that evolution is real, and therefore Adam and Eve must be mythical, this is a big deal. Swamidass spends considerable time in this section laying out a narrative of human origins, a possible scenario that he proposes might help to integrate the scripture and the science. He presents some interesting ideas. For example, he suggests that the reason for the special creation of Adam and Eve could have been to bring a better (immortal) way of life to planet Earth, and likens this failed attempt to the successful rescue operation by Jesus thousands of years later. Certainly outside-the-box thinking, for me at least. I wonder what our theologians think of this?

To be sure, you won’t find a traditional short-age creationist model within this book. Swamidass proposes that evolution was the method God used to create most life on this planet. He fully supports scientific evidence for common ancestry and an ancient Earth. He would support organizations supportive of evolution within a creationist framework, except that they have generally relegated Adam and Eve and other aspects of the creation story to mythological status. Swamidass uses a rigorous approach to show that this is unnecessary. Adam and Eve could very well have been specially created, within a specially created Garden of Eden, and could then have become the ancestors of all humanity. Notably, Biologos changed their stance on this issue when presented with the evidence presented in this book.

Swamidass makes it clear throughout the book that he does not have all the answers. While The Genealogical Adam and Eve presents some interesting ideas for those interested in this seemingly eternal debate, the author is most interested in making some space for theology that has been taken away by science over the years, and in breaking the impasse in the discussion that has developed, the impasse between the literal creation and evolutionary creation camps. This, to me, is the most striking outcome of this book: I have thought that there was certainly an impasse in the debate. It now seems that there may be more room for discussion. While the writing style of this book may not hold you on the edge of your chair (it was quite repetitive and overly methodical in style), the ideas presented do cause one to pause for thought. This book is a unique contribution to the topic of origins, particularly as it is likely to pique interest on both sides of the aisle, whether traditional or progressive in view.

Jon Johnson is an Adventist scientist and educator with a PhD in the biological sciences. He likes to explore new ideas in biology and theology. However, he knows that many in our church do not, and so to avoid the witch hunt, he chooses to use a pseudonym.