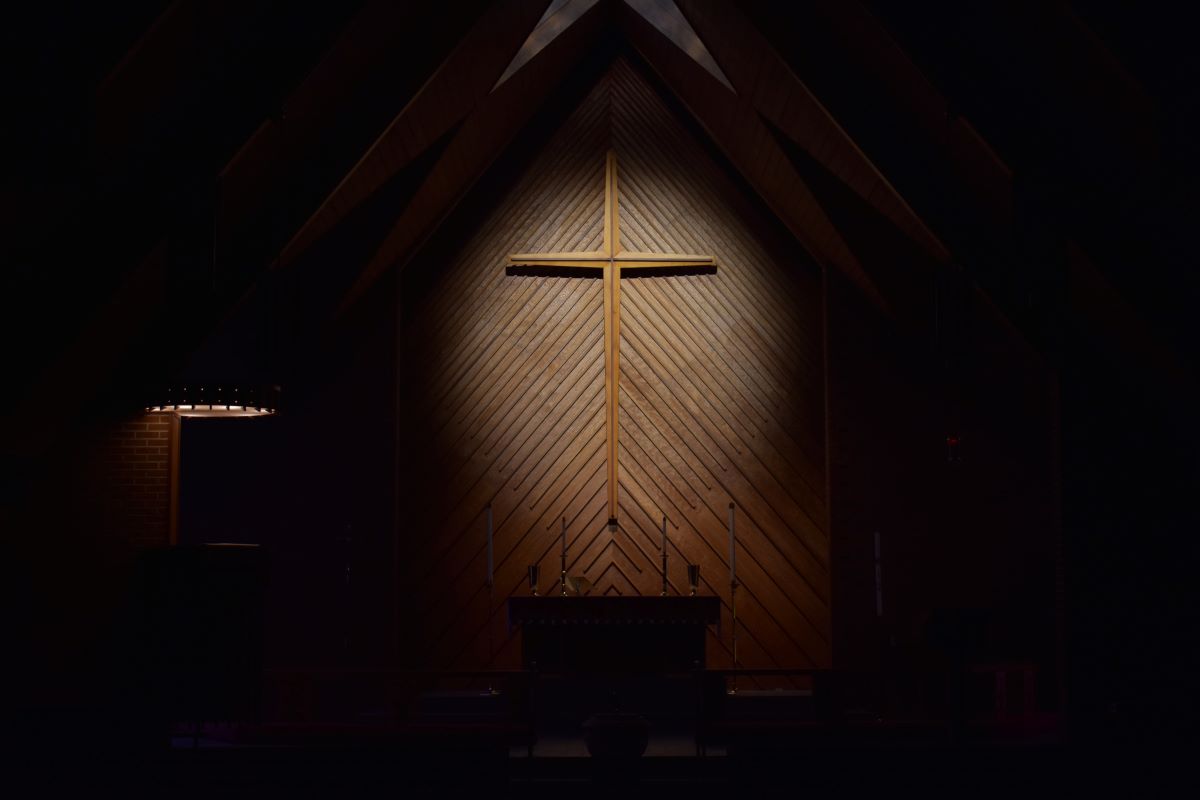 “From the days of John the Baptist until now the kingdom of heaven has suffered violence, and forceful people lay hold of it” (Matthew 11:12 NET).

“The Law and the prophets were in force until John; since then, the good news of the kingdom of God has been proclaimed, and everyone is urged to enter it” (Luke 16:16 NET).

Since the days of Jesus and throughout history, strange volcanic rumblings have shaken the church. Jesus spoke figuratively about the crowd of people who followed John the Baptist—and subsequently him—by likening them to an invading army. He acknowledges the eagerness of the crowd’s response to the gospel and their insistence about living within the kingdom realm, comparing it to violence. The apostle Paul refers to violence in Romans 1:16. For I am not ashamed of the gospel, for it is God’s power for salvation to everyone who believes, to the Jew first and also to the Greek. The Greek word for gospel has the general meaning of good news. The term gospel conveyed good news because in ancient times, during the time of war, a herald would proclaim to citizens that their king had won, guaranteeing they would not be killed or enslaved by the opposing king. The victorious king won through an act of violence on the battlefield. Paul also describes the nature of the gospel as violent. The Greek word for power is dynamis, where we get the English word dynamite. The gospel has such a violent force that, when detonated, it can blast a clearing wide enough to build a highway leading to salvation. The kingdom has suffered violence, and the forceful people lay hold of it.

A darker side to this violence has been and remains lopsidedly felt by certain constituents of the church. Recently, Burnett Robinson, who pastored in the Bronx, New York, mounted the pulpit and promoted marital violence. His incendiary words prompted swift outrage among the Seventh-Day Adventist community. Yonat Shimron, writing for the Religion News Service (and later republished by the Washington Post), picked up the shiver of his words, comparing them to the actions of Paige Patterson, the former president of Southwestern Baptist Theological Seminary. Patterson suggested that "wives abused by their husbands should focus on praying and not seek divorce." Robinson's words speak to an ugly, silent, but obvious truth that we must reckon with: the church has a sordid history of perpetrating violent words from pulpits from every sector of the Christian landscape. This phenomenon has been festering for years and now we are forced to address it in a profound and deliberate way.

Unlike other mainstream Christian denominations, the Adventist Church does not have hands soiled with the blood of slavery. From the inception of Adventism, Adventist pioneers were stalwarts of justice. Kevin M. Burton spoke to our social justice heritage when he pointed out that early Adventists were abolitionists who infused the advent movement with the words of abolitionism and also spoke out against the death penalty.  It appears social justice is no longer our identity. What happened to our hunger for justice and equality? We exist in a twenty-first century space, and there are a plethora of causes staring us in the face, such as women's ordination, #MeToo, BLM, and the LGBTQ+ movement. Why has the church not awakened to the need of articulating a healing homiletic, but instead continues to use violent words and remain sedate?

The church can perpetrate violence against women. Women receive blame when powerful men fall to their lower passions. Violent sermons are preached urging women to dress modestly so that men can be more successful in their pursuit to live holy lives. Women experience violence when they are disproportionately disfellowshipped and censored for out-of-wedlock pregnancies compared to men. Women experience violence when they watch male clergy with whom they had a dalliance receive the benefit of redemption with a call to another territory, while they are left behind to endure disparaging titles by some church members. No one ever considers that the most powerful man in the building may have groomed them. Women clergy experience violence when their call to ministry is diminished. Consequently, women clergy endure death blows to their demand to receive the same designation of ordination as their male counterparts.

Members who are a part of the LGBTQ+ community experience violence when the preacher humiliates them from the pulpit with the archaic joke: God made Adam and Eve, not Adam and Steve. The eruption of the congregation into amens and laughter further perpetuates the violence. The citizens of this community experience violence when anti-LGBTQ+ slurs jump vociferously out the minister's mouth without any remorse. Violence gains a foothold when the church robs LGBTQ+ citizens of human dignity.

Black and brown bodies experience violence in the church when written policies keep our style of music from being rendered at official church sessions and when prominent white voices tell regional conferences there is no longer a need for their existence—that they should merge with state conferences in the name of unity. Black bodies attend and join predominately white churches. Still, white bodies rarely attend predominately Black churches. It's violent when Black Adventists have to choose between being Black and Adventist. In contrast, white Adventists never wrestle with such a choice because eurocentrism is the norm in broader society and the Adventist Church.

I applaud the statements issued by conferences, unions, and divisions when pastor Burnett Robinson uttered inflammatory words in the atmosphere. The church has to go further and condemn all words and acts of violence. Ministers have to avoid violence by staying committed to sound exegesis. As my systematic theology professor said: “At every theological destination, there await monsters under the bed.” Before we preach, we must consider the monsters we will potentially unleash and the carnage they will inflict on those lending their ear to our sermonic lyrics. The church's hierarchy must remain vigilant about creating a culture of welcome and equality, or else our words, actions, and votes will continue to destroy hearts, diminish experiences, and derail self-worth. Every crisis presents the church with an opportunity to better herself and the people who seek refuge under her wings. Let us endeavor to use our words to ignite the gospel to do the dirty work of salvation and to inflict violence upon the kingdom of Satan, rather than using them to kill one another.

Jacques François currently serves as pastor of the New Life SDA Church in Louisville, KY. He holds a BA in mathematics and an MA in pastoral studies, both from Oakwood University, and is an MDiv candidate at Louisville Presbyterian Theological Seminary. He has published articles in Ministry Magazine and Message Magazine and is the author of the book The High Octane Church: Seven Principles for Vibrant Church Growth. He is married to the former Klossmeryl Bryan, and they have three beautiful children together.