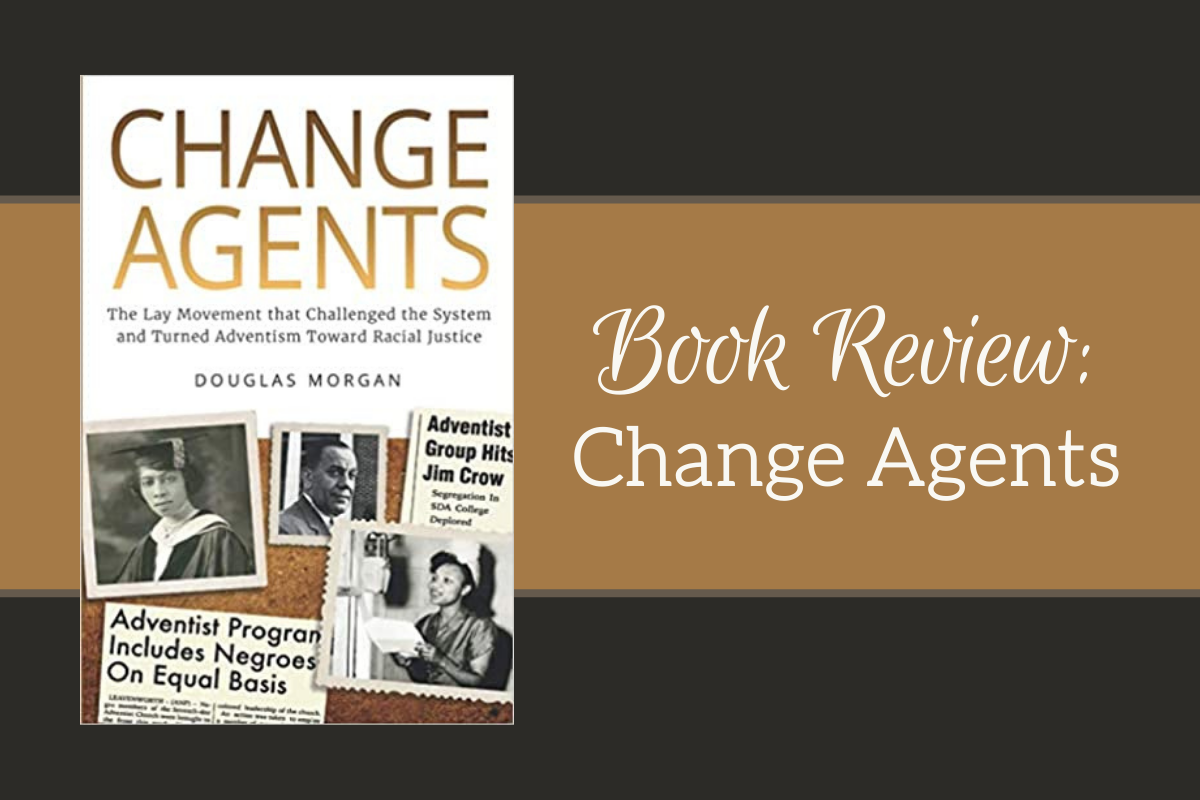 Rosa Parks’ refusal to give up her bus seat to a white man in Montgomery, Alabama, in 1955, was the spark that ignited the civil rights movement and exposed segregation in such an unsparing light that it was no longer tolerable. The Lucy Byard incident did the same thing for the Adventist Church. The Lucy Byard incident dramatized the need for ending a long-standing pattern of racial abuse and failure and demanded immediate and radical racial changes in Adventism.

Sixty-five-year-old Lucy Byard and her husband, James, arrived at the Washington Sanitarium on September 22, 1943. They were long-standing Adventists who, with the help of their pastor, had made prearrangements for their stay at the sanitarium days before by letter. The Byards made their journey from New York to the “San” by train believing they would find a cure in an Adventist facility for the wasting disease that had plagued Mrs. Byard’s body. It was only at their arrival that the officials at the sanitarium realized that the new patient was a “colored person” and refused to admit her. Plans were quickly made for Mrs. Byard to go to the Freedmen’s Hospital in Washington, D.C., for her treatment. Lucy Byard died a month later in the Black hospital in Washington.

As news of the appalling incident sizzled through telephone wires to concerned Adventists throughout the nation different versions and embellishments of the story developed. The justified outrage brought together a courageous group of Black Adventist laity who resolved to organize a network of support and prepare an agenda for change.

Change Agents tells the story of this movement and the Black lay members, with women in the forefront, who confronted the denomination and spearheaded the racial change needed in the Adventist Church.

The book is divided into three parts. Part One: Precedent tells how things were and the glorious beginning of the Adventist Church in Washington D.C. This section begins with a separate chronology of the period (1886-1919) and consists of five chapters. Morgan goes into detail about the first Adventist church in Washington D.C. which was totally integrated from its beginning in 1886 and presented a gospel-based resistance to the tide of racism that was overwhelming the nation. First church, as it was called, consisted of 46 white and 122 members of color who worshipped together and served as a united witness that God had real power to convert men and women from the sin of racial prejudice.

First Church existed in the days when Dr. James H. Howard, Eva B. Dykes’ uncle, was a strong member, pioneer, and pillar in the denomination who had ready access to Elder A. G. Daniells, the General Conference president. The two men would often discuss racial relations.

Lewis C. Sheafe, who had been a highly regarded Black Baptist preacher before embracing the Adventist truth, conducted a large effort in the Washington area. His powerful preaching brought thousands of both races into his integrated meetings. Judson S. Washburn, a white evangelist, conducted an evangelistic campaign at the same time. The General Conference felt that the two evangelists would conduct separate meetings for their own racial groups during the summer of 1902, followed by a division of the existing, original congregation into two groups — one white and the other Black. Sheafe won more white people than did Washburn and against the protests of the original First Church the white members were urged to leave First Church by the General Conference leaders and a new all white church was formed, called Memorial Church, with First Church retaining the Black members.

Part II: Protest follows with its separate chronology and four chapters that cover the time period of 1921 to 1944. In 1920, the three southern unions (Southeastern, Southern, and Southwestern) and the local conferences in these unions had a "Negro Mission" for administering the Black work. The executive authority even in these organizations remained in the hands of the white conference officers. Black ministers sat on the “Negro Mission” committees and they had some input, but they had no authority to change anything. The North American Negro Department was also headed by white administrators. Several dissident ministers detested these arrangements and called for something better. John W. Mann, J. K. Humphrey of New York, Dr. Stark O. Cherry, and Lewis Sheafe were all beginning to become bitter and disgruntled about the racial situation of the Church.

Part III: Praxis, the final section of the book, with its chronology and three chapters, covers the period of 1944 to 1968. In the fall of 1931, the students at Oakwood Junior College organized and carried out a student strike which had as its purpose P. O. T. (Put Out Tucker), the school’s white president, Joseph A. Tucker. The students demanded change and a Black president. Racial restrictions at Adventist institutions in the late 1930s and early 1940s became worse and worse. Nurses of color could not be admitted to the College of Medical Evangelists School of Nursing. Emmanuel Missionary College, which later became Andrews University, introduced separate tables for Black students in the college dining hall in 1938.

The Lucy Byard incident in 1943 instigated the formation of the Committee for the Advancement of Worldwide Work among Colored Seventh-day Adventists. This committee with the long name consisted of 15 laypersons including some very prominent women: Valerie O. Justiss, Willie Anna Dodson, Dr. Eva B. Dykes, Dr. Grace D. Kimbrough, and Alma J. Scott. They met right after Sabbath ended on October 16, 1943, in the back room of a bookstore owned by church member Elder Joseph Dodson that was located near Howard University, to organize a movement for reform. Their goal was to organize the Black Adventist laity to confront denominational leadership on the question of race and equality. Their goal was greater Black participation in the existing structures and integration. They worked hard all night, selected a name, designated officers, agreed upon their strategy, and finally composed an eight-page pamphlet entitled "Shall the Four Freedoms Function among Seventh-day Adventists?” Drawing its title from President Franklin D. Roosevelt’s State of the Union speech on January 6, 1941, it identified and defended four freedoms: freedom of speech, freedom of worship, freedom from want, and freedom from fear.

Joseph Dotson and Addison Pinkney distributed the "Four Freedoms" pamphlet to the delegates at the Chicago General Conference Council meeting so that they would be able to present the Black agenda before General Conference President Elder McElhany. Instead, the spring council approved the organization of new conferences to be “administered by colored officers and committees.” It also recommended the establishment of a school in the North to provide advanced training for Black Adventist youths, the appointment of a Black editor of Message magazine, the creation of a periodical for the Black constituency similar to union papers, and the establishment of a commission on meeting “the medical and nursing education needs of our colored constituency in the North.”

In September, the first Black conference, Lake Region, was organized. In October, Northeastern Conference was organized. In December, Allegheny Conference followed suit, covering the entire Columbia Union territory. One year later, in December 1945, the South Atlantic and South Central conferences were created. In 1946, the dreamed of school in the North was opened: Pine Forge Institute. In 1947, a joyous celebration of independent Black Adventists gathered at the very first Black camp meeting with over 3,000 people attending at Pine Forge Institute. They prayed that God would bless their new leaders, the new leadership structure, and their new evangelistic goals. This was not the integration they had dreamed of, but it met the needs of this minority group.

Were Black conferences a step forward or backwards? Some of the racial history of the Adventist Church is no longer talked about but the pain of the past is still felt in some areas. What does the future hold for the advancement of the gospel and for racial parity? Dr. Morgan offers insights and advice for the future of the Adventist work and racial healing. He does it very skillfully. His words are well-chosen and the story moves with speed and clarity. Change Agents covers a lot of history, but it is a page-turner. It’s hard to stop reading it.

DeWitt S. Williams, EdD, MPH, MA, CHES, gave 46 years of denominational service lastly serving as Director of Health Ministries, North American Division. He traveled to over 100 countries and all 50 states lecturing about the importance of good health. He has been a pastor and missionary, and has written or co-authored nine books, among them She Fulfilled the Impossible Dream, about the life of Eva B. Dykes.