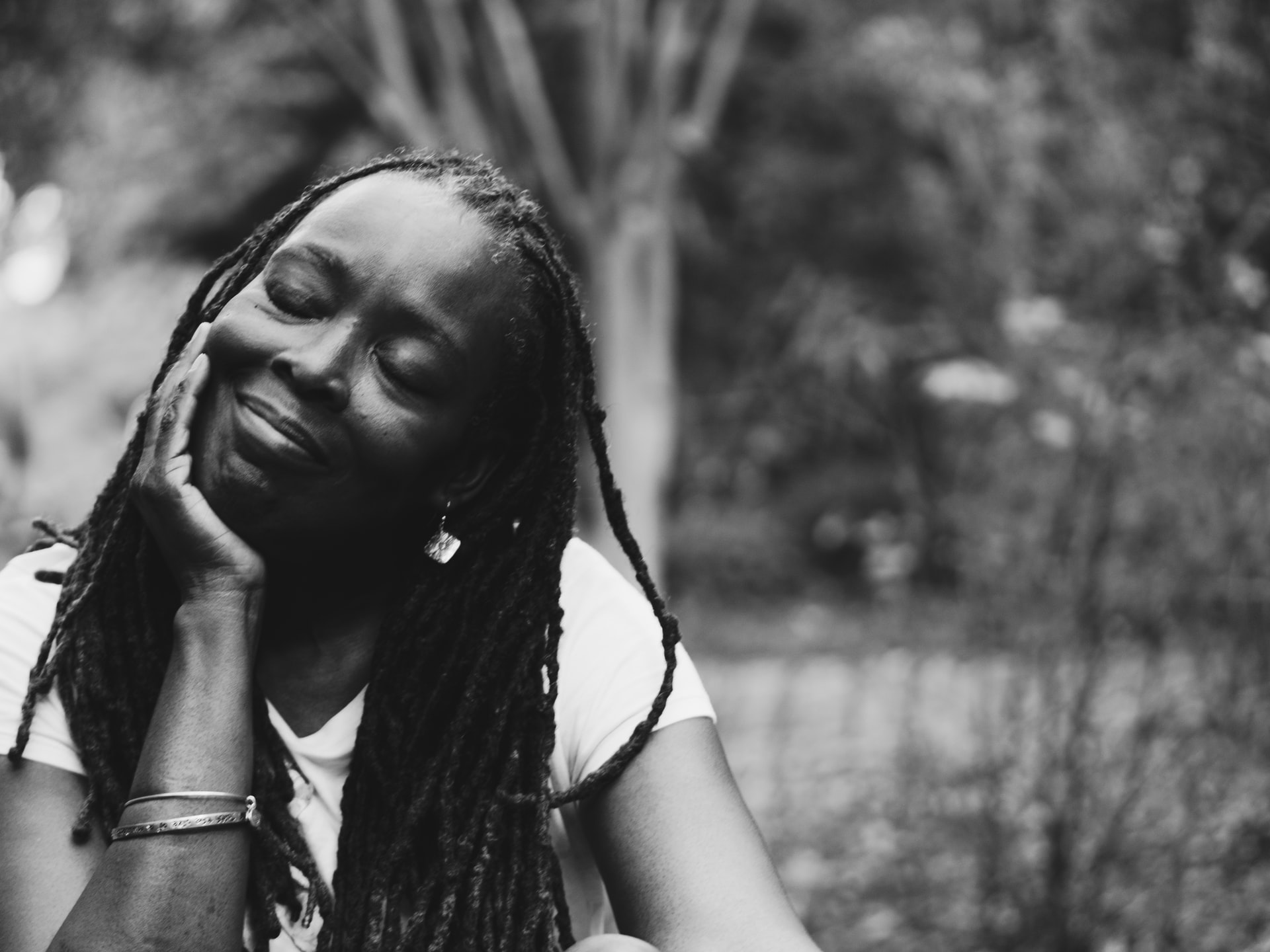 A Black Pastor’s Journey into the Content of Grace.

I struggled with the title “Black Grace” because grace is never imagined as black. Grace can be white, grace can be red, but never black. Grace seen as white describes the purity of the gift of grace, while red reflects the cost of the gift of grace. But black, who would paint grace with a dark hue? Black represents evil, it symbolizes all that is bad, and it is the absence of light (darkness).

Grace can’t be associated with black or so I thought. Until I pondered the massacre of nine African Americans in the historic Emanuel African Methodist Episcopal Church on June 17, 2015, in Charleston, South Carolina by a young white man who is a self-admitted white supremacist. To be perfectly honest, the massacre wasn’t a surprise. I am a Black man and a Black pastor who has spent his life experiencing, observing, and ministering in the midst of the existential violence of American racism. The violence of white men, while hurtful, shameful, deplorable, and disgraceful, is not surprising. I observe it every day in the policies, practices, and violent rhetoric that is often covered in coded words like pro-life, fiscal responsibility, and other hypocritical phrases. What moved me was the organic response of the victim’s families. As a reporter wrote, “…instead of war, Charleston erupted in grace… family members (of the nine slain) stood in a small county courtroom to speak the language of forgiveness.”

It is graceful responses like this that I have seen over and over again on the frontlines of ministry among my people that the title “Black Grace” took root and sprouted from the soil of my soul. Maybe, just maybe, God’s revelation of grace is deeper in shades of black — that black then becomes God’s unexpected place to teach us about grace.

Today, more than ever, I am more inclined to see that the ebony of human experience is about grace in the most difficult places. Black grace extracts a deeper and more poignant understanding and appreciation of grace. It plummets the dark ocean of theodicy surfacing, nearly out of breath, with answers about God. The color black plunges us to the bottom: the bottom of the sea, the bottom of the earth, the bottom of human existence, the bottom of sin, and the bottom of grace. And what would seem to leave us hopeless in the pitch-blackness at the bottom, while leaving us helpless, gives us an advantage. Black Grace places us where God is confessed as acting unaided by human effort or reason, rendering us the advantage of looking up directly into the face of God. Black can go no other place but up, black has no other option but up, and black has no other hope but God as it looks up to the ebony of God’s grace. That’s why Black Grace when observed by white people is unsettling, confusing, and even startling as it shows up in unexpected places and in unexpected ways.

This series of articles is my own journey as I have attempted to understand and articulate what I have discovered about grace as a Black pastor and theologian. I have been compelled to report on the mystery of watching people on the bottom of society live grace-filled lives and give grace in a society that very seldom gives them grace. This is a series about what the oppressed and disenfranchised can teach us about God. This is our testimony about a loving God who doesn’t abandon any of His children. It is words of hope that cause us to plummet deeper understandings about the content of God’s amazing grace.

Perhaps a good place to start is with the question, what is Black Grace? Let me be clear, you will not find a definition of Black Grace in a Bible dictionary, seminary textbook, or church catechism. The topic of grace is tethered to German theologians, European seminaries, and Western thought, where grace in the darker hue is not even a thought. And interestingly enough, you will not find a definition of Black Grace in African American seminaries, among Black theologians, or the Black Church (I will explain the reason later). So, here is my definition of Black Grace: Black Grace is the prodigal reaches of God’s quickening power to resurrect, rescue, and redeem man in impossible situations. It is the description of the utter helplessness of sinners. It is the demonstration of the true nature of grace that states that grace is solely the work of God without human effort. It is undeniable evidence of the presence and power of God in the salvation of man. It is the reenactment of God’s love demonstrated on the cross in Christ’s darkest moment.

Grace in black is not a theory, but a lived experience. For many Christians, grace is simply a covering and a badge, but for oppressed people, grace is a dynamo. As a preacher, professor, and a theologian, I’ve preached and taught the lily-white grace of Eurocentric theology, but as I have observed the practical application of grace among Black people in America, it failed to explain the phenomena I saw lived out among my people. How do we explain forgiving Dylann Roof, who mercilessly murdered nine Black people while they were in Bible study? How do you explain four hundred years of oppression of Black people without them, by now, storming the Capitol Building seeking to overthrow the government? My answer is Black Grace.

I am well aware of the biblical understanding of grace. The Pauline theology of grace found in the following texts have formed the bedrock for my own spiritual journey:

“For it is by grace you have been saved, through faith — and this is not from yourselves, it is the gift of God — not by works, so that no one can boast” (Ephesians 2:6-9).

“He has saved us and called us to a holy life — not because of anything we have done but because of his own purpose and grace. This grace was given us in Christ Jesus before the beginning of time” (1 Timothy 1:9).

And yes, I agree whole heartily with the forensic understanding of grace as taught in the Christian church: grace that provides a covering for past sins and a badge that declares us righteous through the imputed righteousness of Christ.

But when I think of my grandmother, who scrubbed white folks’ floors, did white folks’ laundry, cooked white folks’ food, and cleaned white folks’ bathrooms — when she wasn’t even permitted to use the same bathroom — as a single parent raising three children in the ’30s and ’40s, I know it wasn’t some sterile starchy unmerited favor of God, or some emotionless belief in the forgiveness of passed sins that spared her dignity, steeled her spirit, and kept hope alive in her heart. It was a deeper form of grace, even deeper than Dietrich Bonhoeffer’s costly grace. It’s the form grace takes under the weight of oppression, disenfranchisement, and dehumanization. It’s the grace that forms a protective shield for one’s dignity, a fire to ignite hope, and humility that develops a forgiving spirit. Black grace was heard in the lyrics of the old Negro spiritual my grandmother sang in the wood frame Baptist church that acted as a bulwark against a graceless society”

“Something within me, that holdeth the rain

Something within me, that banishes all the pain

Something within me, that I cannot explain

All that I know, there is something within.”

That “something within,” I posit as Black Grace. When I speak of Black Grace, I’m speaking about the content of this mysterious gift, the makeup of this divine implantation, the principal substance of this ethereal agent.

As mentioned, African American seminaries don’t appear to study it, Black theologians haven’t written on it, and we don’t talk about it in the Black Church. The reason? It is a response not a reasoned action. Black Grace involuntary bubbles up, it bursts forth, it gushes out without human effort. It’s the response of gratitude, the reaction to mercy, and the holy rejoinder to evil. What I have observed is that Black folks, because of our position in American society, aren’t looking for an expression of grace, but an experience with grace, an encounter with God. History bears proof that the African American Church has been the savior for people of African descent in America. Inside of the Black Church, a different form of grace is preached. It is an empowering grace, an identity grace, and a transformational grace. Inside the four walls of churches that are a part of Black denominations, people of color experience grace and are free to express grace in their music, their testimony, and their worship. The Black Church became the incubator for Black Grace.

In Part Two of Black Grace, I will examine the content of grace. I move the discussion of grace from grace as unmerited favor to grace as divine agency. You will discover why the victims of Emanuel AME Church, within hours, forgave Dylann Roof.

Dr. Roland J. Hill is a retired ordained SDA minister who served as a pastor, professor, and stewardship director. He is the author of 22 books and presently serves as the president of The International Association of Godprenuers and the Director/Speaker for Chapel in The Air, a weekly online program https://www.bamiag.com/iag-chapel-in-the-air.

Photo by Eye for Ebony on Unsplash