Are You an Adventist Absolutionist? 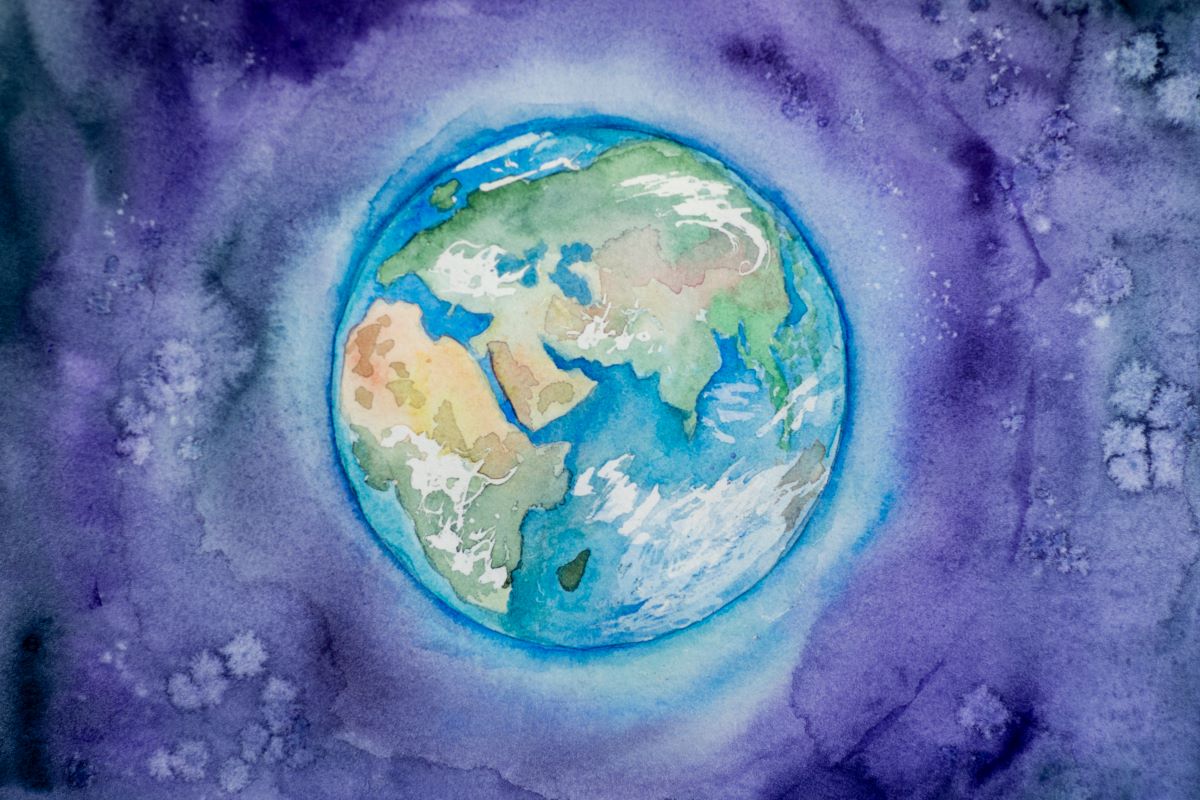 There’s a bold statement coming up, so be ready for it! I think some Adventists feel ‘absolved’ from taking the climate change crisis seriously, because of their belief in the imminence of Christ’s Second Coming. To put this another way, “Why wallpaper the house if it’s going to be knocked down tomorrow?”[1] Based on our interpretation of Daniel and Revelation, and as amplified in Ellen White’s The Great Controversy, I think it’s accurate to describe the narrative as follows:

Bible prophecy informs that we live in the ‘time of the end’. Many signs in the world around us, social, economic, religious, geo-political and in nature, provide evidence that Christ’s return is soon. Immediately preceding His return there is to be a final crisis of global proportion in which all humanity is tested—to be loyal to Christ and His Word, or to align with the forces of ‘Babylon’. Faithful and obedient followers of Christ will incur loss of freedom to worship, and their ability to buy or sell as a result of keeping holy the seventh-day Sabbath. For such times, encouragement and direction is provided by Christ “When these things begin to take place, stand up and lift up your heads, because your redemption [His return] is drawing near” (Luke 21:28, NIVUK).[2]

It is a narrative tightly bound up in Adventist identity and mission, far from contrived, and symbolized by the three angels’ messages of Revelation 14:6-12. The message is a final and urgent one, to make the people of Planet Earth aware of what is about to take place. No less than an immediate response is invited—accept the Gospel of Christ immediately. From a biblical perspective it is the ‘code red’ warning, a context from which even a climate change emergency described as ‘code red’ must be seen.

As we unpack this further, we can’t ignore either how we typically apply our understanding of end-time prophecy. By inference, we are suspicious of the climate change movement, a cause driven by a geopolitical institution (the United Nations), influenced by secular humanist environmentalists, scientists, and a pontiff—all of whom we trust little. Why? Because the eschatological timetable (as we understand and articulate) is pre-dispositioned to dismiss these leaders, as we quickly caricature as running ‘to and fro.’ As a result, it is almost inevitable that the climate ‘code red’ crisis becomes construed as a ‘Babylonian’ outfit. What better reason could there be for absolution?

In short, it is not, and it is an erroneous application of Revelation 14:6-12 which unwittingly tips many of today’s biblically faithful Adventists off balance. For, as Adventist Review editor Bill Knott points out, “Adventism of the first generation (circa 1850-1900) was a potent mix of end-of-the world biblical teaching and this-world realism that caught the imagination of thousands whom the Spirit was calling.” Church leaders such Joseph Bates, James and Ellen White, Hannah More, and John Harvey Kellogg refused to be absolved of engagement with the heavy issues of the day—temperance, slavery, health reform—and Knott cites evidence that during the 1850s the Adventist Review published articles by James and Ellen White on occasion encouraging ‘civil disobedience’ against a US Federal injustice.[3]

Time to take another look, I think, at Revelation 14:7. “Fear God and give him glory, because the hour of his judgment has come, and worship him who made heaven and earth, the sea and the springs of water” (ESVUK).

In the context of judgement time, God’s people continue to have the utmost respect for God by offering him authentic worship. Their reverence for Him in keeping the seventh-day Sabbath celebrates not only His creative power and sustainability, but acknowledges their responsibility to joyfully manage the earth. As Cambridge professor of geophysics Robert White points out, humankind is to “rule over and take care of both the living and non-living creation. We are not to be passive spectators, but are to work at ruling and ordering creation without abusing the earth for our own selfish ends. Our care for creation should be consistent with God’s care for it, enabling it to be fruitful in providing food and resources and allowing it to play its part in giving glory to God” (my emphasis).3

Let’s be clear—Revelation 14:6 provides no get-out clause just because humankind has used and abused God’s creation. On the contrary, the context signals this message to be a reset button which restores authentic Christianity, with disciples who “keep the commandments of God” and who have faith in Jesus Christ (Revelation 14:12, ESVUK). White continues by saying, “Our response is a test both of our obedience to our creator, and of our commitment to care for our neighbor.”[4] And White is right in his assessment about both tests. John, the seer, gives a warning that Christ will destroy those who destroy the earth (Revelation 11:18, NKJV). And when it comes to our neighbor, the test is even clearer. “Bear one another’s burdens, and so fulfil the law of Christ” (Galatians 6:2, ESVUK). “Love does no wrong to a neighbor; therefore love is the fulfilling of the law” (Romans 13:10, ESVUK).

So far from being passive, absolving ourselves of climate change ‘code red’, end-time people champion the effort to save the world God has so wonderfully given us to inhabit—because of our respect and reverence for Him, and our love for our neighbor.

Read any of the articles in a special ‘code red’ section of Messenger [Publication date: 29 October 2021] and you will find writers emphasizing the connection between personal consumer behavior and the detrimental effect it can have on a brother or sister on the other side of Planet Earth. Is it our out-of-sight, out-of-mind habit that still needs a wake-up call on this? The organizers of COP26 think so.

When the UN COP26 conference takes place in Glasgow, Scotland in early November, if you are tempted to disconnect because you feel it’s run by people you don’t trust, I want to invite you to try this line of thinking.

I support the aims of COP26, not because I am an environmentalist, or because I am green, but because I am a Creationist. Someone who not only believes, respects, and celebrates creation, but who, more significantly, reveres and loves the very one and only God who created the heavens and the earth, and who said with the Son and the Holy Spirit, “Let us make humankind in our image, according to our likeness . . .” (Genesis 1:26, NRSV). And, perhaps, in the spirit of the first-generation Adventists, as “believers . . . not long for this world, why make ungodly peace with it?”[5]

A final thought from God’s perspective: He might ask this question, “How do you think I feel about what you’re doing to My world—and My people? Because, guess what—I love both and went to Calvary for both.”

The original version of this article is the lead editorial in the 29 October edition of Messenger, Journal of the Seventh-day Adventist Church in the UK & Ireland.

This article originally appeared on the TED News Network.

Image by Elena Mozhvilo on Unsplash