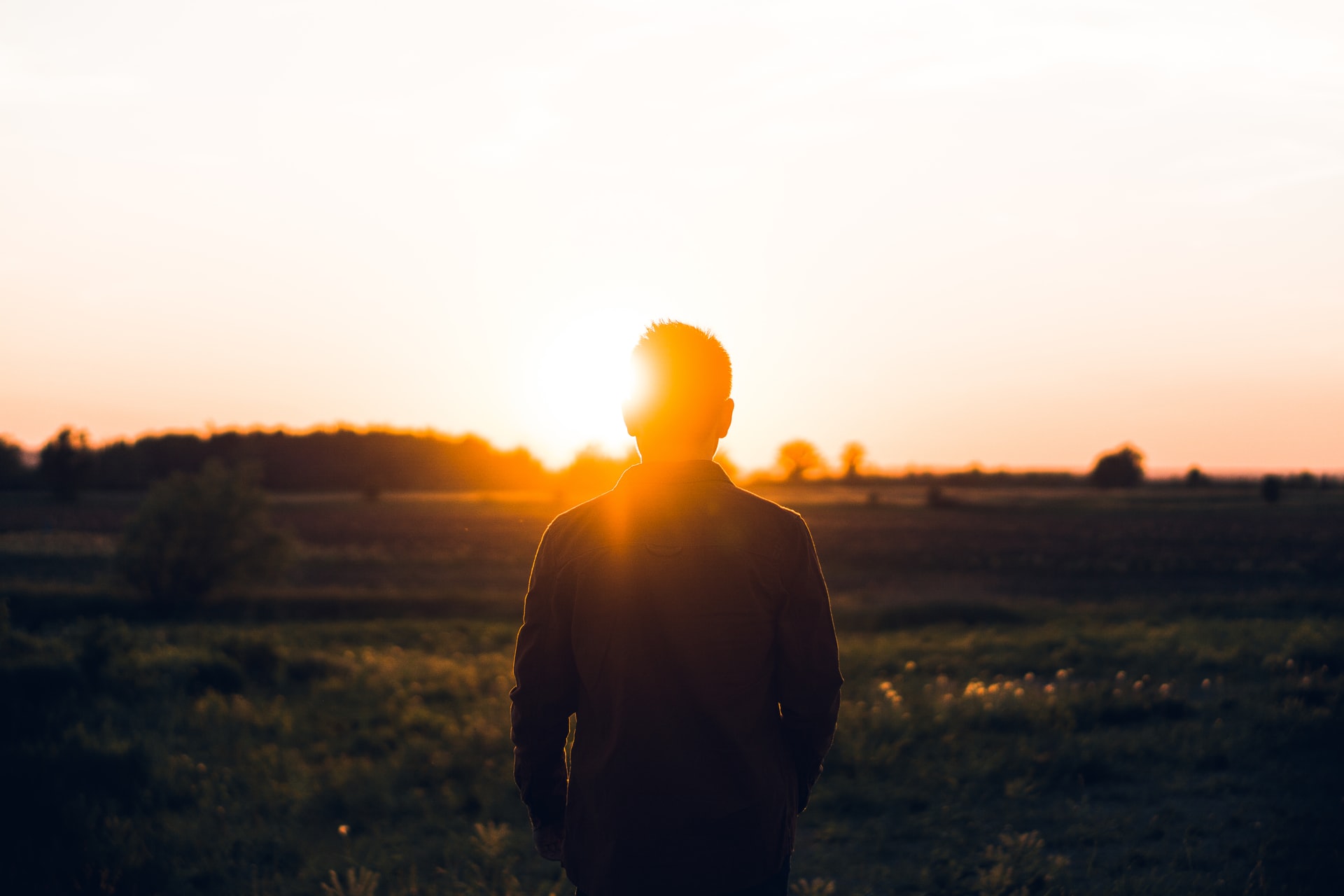 “A person exists to be the agent of creative goodness. When we thus create goodness we are both ourselves raised from the dead and also the agents to others of resurrection.”1

My memory of the resurrection of the dead cannot be separated from paintings I saw as a child. Whole families were climbing out of their graves together. They were dressed like they were going to church and all of them had smiles on their faces. Some of the little ones were still standing in their graves, transfixed by the apocalyptic maelstrom swirling around them. Many other people were already drifting skyward, arms upraised, legs trailing, drawn like iron filings to a magnet.

The sky above them was all towering clouds of blackness shot through with bolts of lightning. In the far background were the hapless wicked, lashed by meteors of fire and stampeding from gaping fissures opening in the ground beneath them. Skyscrapers were toppling and bridges snapping, but in the center of the sky, encircled by clouds of angels, was Jesus — crowned, sceptered, and majestic.

Let us say here that no artist can come close to what Resurrection Day will look like, although you can’t fault one for trying. The illustrations I saw were from the fifties and early sixties, and they faithfully preserved glimpses of that era. There’s a poignancy in such depictions: the artist paints his own longings for an ascension in his lifetime, with his friends and neighbors all aboard, most everyone white, genteel, and self-assured.

Now I am comfortably agnostic about the details of Resurrection Day. Even St. Paul is vague about it. He spends more time warning about the suddenness of its coming than he does on what will then transpire. Those of us who are alive, he says, will be caught up in the air to meet the Lord. First the righteous dead, then us. And we’ll be with God forever from then on. It’s a message of encouragement. That was over two thousand years ago.

But I’m more interested in how people live after Easter. Emotionally speaking, for the disciples Easter weekend had all the charm of terminal cancer followed by a massive heart attack. And then, just when numbness turned to mourning and they could not finish any sentence that began, “Let’s ask the Lord…”, just then they were thrown into a new world where the air was so crisp and clean they were left gasping and their views of reality clearly had to be reverse-engineered.

The death and bodily resurrection of the one you love most in the world pretty much runs you through the gamut from fear to tears to awe and then tears again.

The reason this matters is that we see the disciples having time to get to know the post-resurrection Jesus. There was the report, duly discounted, by the women who met him at the tomb. There was the encounter by two disciples with the stranger on the road to Emmaus. Then his appearance in the locked upper room. Then later, meeting him on the beach in the early morning, after a long night of futile fishing. There was time, in other words, to remind yourself that everything about your life had changed because the Lord had risen from death. And he was right here, in the flesh.

For us, it’s different. Come Monday morning, we’re staring at the computer screen between meetings and wondering when our parents will get their COVID shots. The joy of Easter morning has faded and we’re feeling like the whole thing might have been a sacred ritual that has lost its meaning. Or even a beautiful, dark, tragic illusion. How do we live forward in the reality of a future two thousand years in the past?

The resurrection of our lives here and now does not lift us out of the daily grind or magically thwart all pain and disease. We won’t live in a bubble henceforth that reroutes hurricanes or turns floods aside. Those things may still happen to us; what matters is what we perceive and how we respond to the grit and the blows.

Let’s set aside the practical mechanics of bodily resurrection after death. God knows, whatever such resurrection is, molecular biology and neurophysiology won’t penetrate the mystery. If that is what’s ultimately preventing our trust in God, it would be better to pluck out that eye than to continue blind to all that transcends the empirical.

It may come to us quietly and without warning. Like much of our experience with God, we’ll be a step behind in recognizing the green shoots of new growth in our lives.

Lent leads us prayerfully through a thoughtful self-examination up to Easter. And Easter gathers up the shards of brokenness that result and points us toward a new wholeness. It’s not dependent on whether we summit the emotional peaks, but on how we traverse the valleys below. “Though I walk through the valley of the shadow of death, I will fear no evil, for thou art with me.”

On Easter morning the women make their way through the streets before dawn. They are going to the tomb to do for Christ’s body what could not be done in the haste to get him down from the cross. Even though they have no way to roll the stone away, they trust that something will work out, that someone will help them. They know that doing so will put them in danger. But they go ahead. Respect, courage, love — all those combine to compel them forward. Resurrection has already begun in their hearts, although they have no name for it yet.

Photo by Warren Wong on Unsplash