Is Your God Too Small? A Review of “American Prophets”

Is Your God Too Small? A Review of “American Prophets” 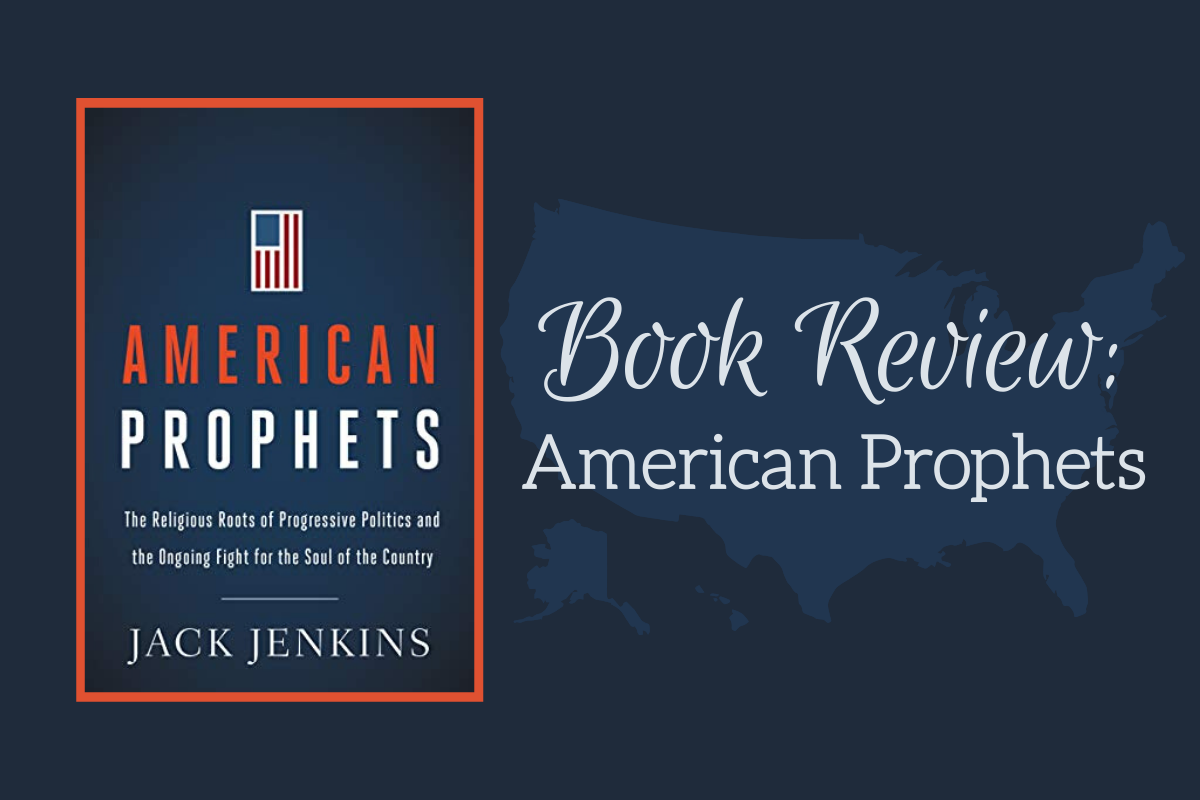 For those who embrace the Religious Right’s agenda of “Family Values” and the fight against LGBTQ rights and abortion, this book will irritate you, and, likely, you will learn nothing from it. For those who find the Religious Right suffocating, American Prophets: The Religious Roots of Progressive Politics and the Ongoing Fight for the Soul of the Country (HarperOne, 2020) will be balm to the soul. Author Jack Jenkins describes a prophetic voice that encompasses a pro-life view for all humanity and family values for all sorts of families.

While some find security and resonance in the Religious Right, a late twentieth century crafted story that claims to be the guardian against a liberal onslaught against “Family Values,” Jenkins’ book describes a prophetic Religious Left, willing to grapple with the world in its complexity, and eager to cast a broader vision of human flourishing that accounts for more pieces of society. American Prophets shows a way to see God in people and contexts, piercing a vision of monolithic Christianity. It is an inclusive gospel of humanization, seeking to bring freedom and dignity to all. I liked the book.

Having recently taken university graduate classes with people who were repelled by the Religious Right, I felt solace to see Jenkins’ vision of authentic faith to be something different. Jenkins, a reporter for Religion News Service, shows an intersection between faith and the public square that has recently sprouted in a fertile field, tilled by greed, militarism, and “othering.” He describes real-time prophetic work that comes from spiritual people whose moral compass will not allow them to stay silent in this moment when structural injustice has been laid bare. It is prophetic, in that it continues to do what prophets have always done, imagine a better world. For those who want to see, American Prophets will show that there can be a moral center in progressive politics.

American Prophets uses storytelling to lay a foundation for the assertion that the Religious Left is creating multi-faith alliances of collected power. The Religious Left seeks to combat Christian Nationalism, which many see to be the narrative providing cover for White Supremacy. American Prophets does not coalesce around a founding narrative or single story. Instead, Jenkins uses many stories to show diverse efforts underway to grapple with an increased 21st century capacity to “other.”

Jenkins contends that Barack Obama’s signature, Affordable Care Act (ACA), became the catalyst to further divide tribal Christians into the Religious Right and Religious Left. Does being “Pro-Life,” the term co-opted by the Religious Right, allow a person to see more ways to nurture life in a political context than simply to outlaw abortion? Does the ACA mandate for employers to include birth control in an employee’s health insurance infringe on the “Family Values” envisioned by the Religious Right? Indeed, Jenkins identifies the election of Barack Obama to be the signifier that shows that modern progressivism can have a religious bent, and that there can be a strain of politics which will build on the biblical prophetic tradition that advocates justice for all and creation care outside a “Family Values” political narrative.

As expected, Jenkins takes time to confirm how the election of Donald Trump continues to polarize Christians. Is Donald Trump the anointed one to make space for Christian Nationalism? The Religious Right has grown in power by telling a story that Christian Nationalism is worthwhile and benign. Whether or not Seventh-day Adventists should be a part of that group is a contentious topic for some.

Jenkins sees the Religious Left as the “beating heart” of modern progressivism, though actors in it may not identify with the label. North Carolina Reverend William J. Barber, one who doesn’t identify as part of the “Religious Left,” birthed the Poor People’s Campaign in collaboration with Reverend Dr. Liz Theoharis at Union Theological Seminary. American Prophets seeks to describe the most impactful pieces of a movement that continues the legacy of Dr. Martin Luther King, Jr. Those involved view themselves as keepers of the story and witness bearers to the truth. Leaders in the Religious Left recognize spirituality in participants who may not name themselves to be associated with any particular religion.

Jenkins describes the Sanctuary Movement birthed during the Obama presidency in the context of immigration concerns. Initially, it sought to hold the Obama administration accountable to its own guidelines that discouraged ICE raids in sensitive locations. Donald Trump’s rhetoric has fueled the Sanctuary Movement. Trump’s family separation policy, defended by Attorney General Sessions to be simple governmental authority and quite biblical (Romans 13), quickly became an embarrassment for the Trump administration. Jenkins said this was the “single most uniform theological denunciation of policy I have ever encountered as a religion journalist” (p. 139). Sessions resigned a week later. At times, matters of immigration apparently do transcend party affiliation.

“Prophets over Profits” is the most contentious chapter in the book, at least from my Alabama perspective. Jenkins describes the Christian critique of capitalism, citing Liberation Theology and contemporary U.S. activists, particularly Sister Simone Campbell. Here, the Religious Left continues not to view the world in separate siloes, but as a cohesive whole that requires, at the least, employee protection and a living wage to start an onslaught against entrenched structures that stand against equality. Jenkins says the work of the Religious Left is one that is broad and deep. For those steeped in individualism, this chapter will require stepping outside of one’s narrative.

Jenkins writes about faith-rooted LGBTQ rights. In this chapter, entitled “The Hard Work of Transformation,” Jenkins describes how sacred meets secular and how protest and political action can guarantee the rights of all. He references Seventh-day Adventist Eliel Cruz, founder of #FaithfullyLGBT.

Pulling together several strands to weave a vision of human flourishing, Jenkins’ storytelling approach attempts to show that society needs some solidarity to push back against excesses of corporate greed and xenophobia. The final chapter, “The Future of Faith,” contends that arguments, theology, and protest will develop a coalition. Furthermore, authentic faith will lead to political action, but this action will be polar opposite from what is dictated by the “Family Values” of the Religious Right. Wild Goose Festival, Faith in Action, and Prophetic Resistance Summit are some of the branches that bring political heft to the values of the Prophetic Left as described in American Prophets.

I read American Prophets with an accompanying sense of comfort as I realized that other Christians are seeking to exercise authentic faith in the public square that shows a willingness to live in God’s Kingdom outside a dominant culture of Christian Nationalism. Yet, the thought did cross my mind that, in the end, this group of prophets, the Left, is beginning to “other” those who disagree. Politics always involves stratifying competing rights, but must prophetic Christianity always demonstrate anger? Is emerging power the logical natural and authentic outgrowth of the emerging church movement? Does true contemporary faith always call for prophets of resistance? Should the Religious Left come to power, will it temper its coercive capabilities? Will the Prophetic Left become another outlet for American Rage?

I believe social order will not be saved by common ground but by an emphasis on common humanity. American Prophets brings dignity to people who have been castigated by the Religious Right. After I read the book, I did not have a clear sense that the Religious Left has a settled guiding story that could function as a “founding narrative” in the way that “preserving family values” rallies the Religious Right.

Maybe true faith must exist outside a human narrative. If this is so, perhaps it is fortuitous that the Religious Left has not yet been bound by a founding story.

American Prophets can be purchased from Amazon.com and other outlets.