When Scripture Meets Life: A Book Review of UnClobber 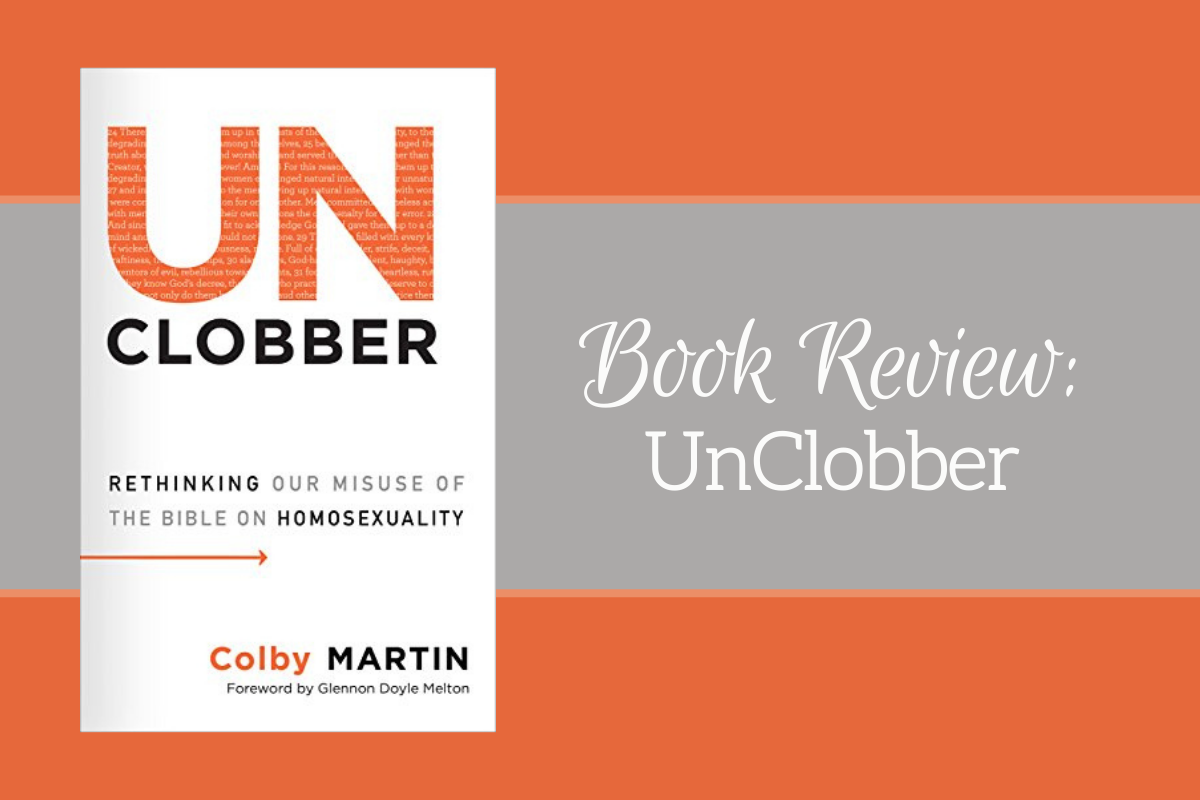 It’s a familiar response. Somebody says, “Well, I love LGBT+ people, but I have to follow the Bible.”

In other words, those who are loyal to God must, unfortunately, consign those who are “wired differently” — who are attracted to people of the same sex and who may decide to marry one of “them” — to be condemned, forever lost. Banned from full participation in Christ’s body. Shut out of God’s kingdom. So goes one but argument.

This discussion involves not only LGBT+ people. Millions of cisgendered, open-hearted Christians (often millennials) have turned away from “church” because of its exclusionary practices. You and I know many of these nomads and exiles by name. They cannot stomach the sanctioned mistreatment — perhaps in complicit silence — of others who are, it turns out, differently oriented through no choice of their own. Those who remain in a church community such as Adventism may wage battles with organizational structures at every level, from the General Conference all the way to the top at the local church.

As Jay, a youth pastor in an evangelical church in my town, handed me a book, he looked me in the eyes and commented, “I think you might like this.” UnClobber: Rethinking Our Misuse of the Bible on Homosexuality by Colby Martin pours out the compelling story of an evangelical pastor’s dealing with LGBT+ people from a biblical and compassionate framework. Along the way the author, who is not gay, loses his job and retains his integrity.

1. When the Head and the Heart Can’t Get Along

2. Rethinking Our Misuse of the Bible

4. Reframing the Story of Sodom (Genesis 19)

7. In Search of the Unicorn

9. Imagine a Church Where…

Epilogue: As You Go in Your Journey

Unlike similar books dealing with LGBT+ people and the Bible, this one is accessible, fresh, and deep. The writing is tight and the syntax varied. Rob Bell notes, “Funny, smart, and brilliantly paced! Colby has written that book.”

Martin’s hermeneutical approach is evidenced in his examination of Leviticus 18:22 and 20:13:[1]

My hope, then, is to explore the two Clobber passages in Leviticus and see if we can grasp what it meant back then for an act to be considered an “abomination.” And why would that have been the case? And how are we to understand these verses today in the twenty-first century? Are they indeed biblical imperatives that the church should still be holding up?

Encountering the thorny passage of Romans 1, he muses, “Romans was the place where I spent the most time wondering, ‘Is there any other way through this? Do these two verses have the singular power to hold back millions of men, women, and children from full inclusion in the Kingdom of God?’”[2]

When my friends Rebecca and Valerie, with their nine-month-old daughter Ella, are told that family members won’t be coming to Thanksgiving because of their “sinful lifestyle,” I think we’re misusing the Bible.

When a judge in Utah rules that a foster child be removed from a married same-sex couple and placed in a home with a mom and dad, because he believes it’s better for the emotional stability of the child, I think we’re misusing the Bible.[3]

The author’s recounting of his own spiritual, emotional, and cognitive journey is taut and resonant:

The letter that went out to the members of the church and the statement shared from the pulpit was light on details. “Because of Colby’s theological positions,” it read, “on issues that our leaders believe are central to Scripture and a life after God… we feel it is time to bring his time of service to an end.” Before their letter went out, I gave them my blessing to say what the theological position was, but they didn’t take me up on it. Don’t Ask. Don’t Tell was back on, it would seem.[4]

Ron Lawson’s critique in the latest issue of Spectrum* chronicles a searing indictment. Jesus confides to His followers at the end of His earthly life, “I still have many things to say to you, but you cannot bear them now” (John 16:12, NRSV). He could well be referencing pervasive and oppressive cultural systems of His time involving racism and slavery, treatment of women, and sexual orientation — all of which are still with us. If we cannot bear to fight against these systems now after 1,990 years, when will we?

Brian McLaren reflects in his testimonial, “Colby Martin’s highly readable and deeply engaging new book offers a third option: a different way of aligning head and heart through a fresh look at Scripture. Written with a theologian’s intelligence and a pastor’s sensitivity, this book is the resource thousands have been waiting for.”

For those who are suspicious or disdainful about the premise of the book I would simply say: Read it. I am sending copies to friends and Adventist thought leaders, if only to raise the possibility of the existence of a third option. UnClobber is a worthy read — balanced and brave and scripturally based — one that can bring to all Christians biblical permission to treat LGBT+ people fully as human beings in God’s family.

No buts about it.

[5] Additional practical examples can be found in the “On Identity” resource by accessing https://www.sdakinship.org/onidentity.

Chris Blake is lead pastor of the San Luis Obispo and Morro Bay Seventh-day Adventist Churches. He is professor emeritus of English and communication at Union College, and is the author of hundreds of articles and many books.