When Asking “Why?” Doesn’t Work

When Asking “Why?” Doesn’t Work 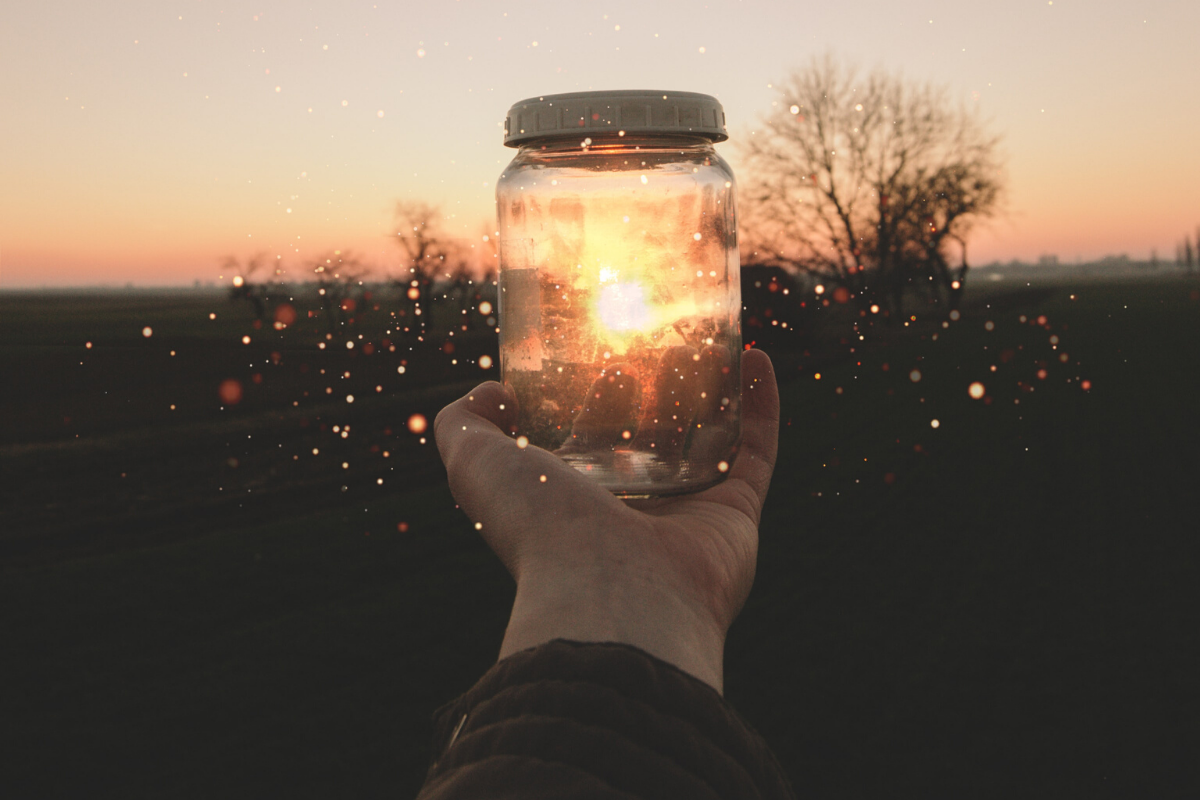 I used to have a rather shallow, unexamined view of how human suffering fit into my faith. Mentally I put it in a glass jar to protect and preserve it. Then I created a label, “Human Suffering and God,” screwed on the lid, and placed it in a distant corner of my brain to gather dust. That was before I left graduate school for the real world.

Early in my first year of pastoring, I learned that a young, dedicated, Christian mother had contracted cancer of the stomach. I visited their small family regularly. Over the next three months I watched as her abdomen swelled and her slight frame withered. She eventually died in Intensive Care. It was the first time I had ever been so personally involved with such heart wrenching hurt and loss.

Cracks began to appear in the glass container where I kept my ill-considered understanding of suffering and religion.

On another occasion, the phone rang at 1:00 a.m. “Hi pastor, I’m sorry to bother you, but I’m down at the emergency department. They just brought my wife in with severe chest pains. Don’t bother coming down, but I would appreciate your prayers.”

I rushed to the hospital and found the husband sitting alone with his head in his hands. “It doesn’t look good,” he said as tears filled his reddened eyes. After an hour, the doctor came out and told us that she had, in fact, died. We traveled back to his home and friends quickly gathered. The couple had one son at home and a daughter in college, about two hours away. It was decided that I should be the one to give her the devastating news in person. We arrived at the dorm about sunrise, entered the dean’s office, and called the young lady down. As she entered the room, she could tell something was seriously wrong.

“Linda,” I began hesitantly, “your mother was taken to the hospital earlier today.” And the story unfolded. She collapsed, sobbing, into the arms of a relative who had come along.

Several much larger cracks spread across my glass faith and suffering jar.

During my third year pastoring, the phone rang at 2:00 a.m. in the middle of winter. “My son shot himself!” a woman shrieked. “He shot himself, and he’s dead, right in our back yard!!”

I sped to the parent’s house. There were two police cars and an ambulance out front with lights flashing. When I entered, I saw several friends consoling the parents. Suddenly, all conversation stopped, every eye turned in my direction, as if to say, “So, Mr. Spirituality, what does God have to say about this?!”

Years later, another urgent, early morning phone call. “Kim, Mike is dead! I found him dead in our bed, right next to me!” It was his panicked wife. I threw on my coat and sped to their home, a short distance away. Mike was one of my very best friends. We had worked closely together for years. We were kindred spirits. He had an amazing mind and a heart filled with Christ-like empathy and kindness.

The police had not yet arrived. I knocked and his wife let me in, barely able to talk. She pointed upstairs. I took two steps at a time, ran into the bedroom and found him lying there, completely still. He had died during the night. Purple patches appeared on his back where the blood had pooled. It was ruled an inadvertent overdose. At the funeral I gave a testimony but someone had to stand with me to keep me steady.

The walls of my glass container were now crisscrossed with deep fractures.

At some point, as part of my interest in the history of World War II, I read the unnerving book Night by Elie Wiesel. I began to reflect more deeply on the stark reality that over 1.3 million Jewish children were murdered during the Holocaust.

As time went on, I paid much closer attention to the suffering I saw everywhere — terrible, undeserved woe.

It wasn’t long before I heard a loud “CRACK!!!” and my glass jar shattered into a thousand little shards. It had taken time and a variety of experiences to break open the simplistic views that had informed my faith for so many years. I ultimately lost all pretense of understanding the place of evil in God’s universe. I felt completely naked, exposed, speechless.

Fearing that without a satisfying answer to the problem of suffering I might lose my hold on God, I searched in earnest for a way to reconcile human hurt and an all-powerful, loving Deity. I was seeking for what theologians and philosophers refer to as a “Theodicy.” It can be defined as a, “Defense of God's goodness and omnipotence in view of the existence of evil.”1 Another definition says, “The explanation of why a perfectly good, almighty, and all-knowing God permits evil. The term literally means ‘justifying God.’”2

There are several different kinds of theodicies. For centuries, people have found profound solace in one or more of these attempts at an explanation. I fully support whatever helps them cope and endure.

Unfortunately, for me, each of the theodicies I examined ultimately fell short. They had too many downsides. I struggled on without direction. My quest for answers was spiritually exhausting. “Surely there must be an explanation somewhere,” I thought. The journey became more and more unsettling.

What ultimately renewed my spiritual energy and gave me hope was when I dramatically changed my focus. I came to understand that, for me, rather than asking, “Why suffering?” I should instead be asking, “How do you survive spiritually when there are no answers?”  Substituting “how” for “why” provided a much-needed path forward. I gave myself permission to completely abandon the old search and pursue a fresh perspective.

As a result, my current reply to “Why suffering?” is that I have no idea, none at all. I choose to no longer expend any mental or spiritual energy in that direction. It only depletes me. I have instead chosen to add the problem of pain to my list of what I call “Christian Unknowables.” There were a number of items on the list already.

For instance, my brain cannot fathom how the size of the universe can just go on and on and on without end. I find it completely inscrutable and my mind hurts when I think about it. The universe is also filled with so many seemingly chaotic events. Galaxies crashing into each other. Stars exploding. Black holes sucking in everything around them. Uninhabitable planets. Poisonous atmospheres. None of it squares with my perceptions of an orderly God. It makes no sense. And yet, there it is. I accept it, glaring contradictions and all.

My brain cannot make any sense of the idea that God has no beginning, is infinitely powerful, knows all things past, present, and future, and is fully present everywhere at once. The incarnation of Christ lies outside all known biological processes. Yet, by faith, I accept all these things as true even though my brain shouts “No way!”

“Why Suffering” has now officially joined that personal list of mysteries.

I have discovered two keys that enable me to live with hope and promise in the presence of these potentially unsettling Christian Unknowables.

First, when confronted with things that are inscrutable, I hearken back to the basics of Christianity. In the past, I have studied and thought about these foundational issues at length and keep returning to them for assurance. For instance, I believe scripture is divinely inspired. I believe God exists because of the mindboggling intricacy of the human body and brain and a concept called “irreducible complexity.” I believe God exists because something cannot be created from nothing. I have faith that Jesus was real and the cross and resurrection are historic events. I believe Jesus was who He claimed to be, God in human flesh. When Unknowables start battering my faith, I make a tactical retreat to these affirmative statements, plus others, and continue to move forward.

Second, I accept the fact that our fabulous human brains are actually severely limited when it comes to supernatural things. Our perceptions only carry us so far. Striving to understand things that are beyond our capacity only leads to overload, discouragement, and misunderstanding.

I am especially helped by the famous novella by Edwin A. Abbott entitled, “Flatland,” originally published in 1884.3 Abbott imagines what it would be like to live in a two-dimensional world where there is only width and length but no height or depth. He also imagines what would happen if a basketball-like, three-dimensional sphere passes through the two-dimensional realm. Someone who lives in two dimensions would see, in sequence, a point, a small, flat circle that grows larger, shrinks back to a dot, then disappears. The sphere could, in fact, hover right over the person’s head and he would have no clue it was there. It would be impossible for him to conceive of life in three dimensions.

From God’s perspective, we are like those two-dimensional citizens. To take the analogy even further, physicists theorize that our universe might have many more dimensions than the three we know so well. Matt Williams writes,

The theoretical framework of Superstring Theory posits that the universe exists in ten different dimensions. These different aspects are what govern the universe, the fundamental forces of nature, and all the elementary particles contained within.4

If the universe God created might have ten, why couldn’t God Himself inhabit twenty or fifty or… who knows? Clearly, our minds are only built to conceptualize relatively little about the nature of God and how He functions.

In his article, “Theodicies and Messy Desks,” Hugh Hunter writes, “If you imagine all the possible solutions to a problem stretching infinitely onward into complexity, there is some cut-off point beyond which a human mind can no longer follow the solution.”5

The scriptures inform us that because God is infinite, “His thoughts are not our thoughts” (Isaiah 55:8). One day, in the world made new, with vastly expanded mental capabilities, we will repeatedly exclaim, “I never thought of that before!” “I never saw it that way!” “I never imagined that was possible!” I therefore choose to believe that after the second coming, Christ will unveil answers to the problem of pain that are inconceivable to us now. I choose to believe that the Trinity will lead us into understandings of fairness and justice that are unknowable to us now. I choose to believe that one day God’s explanations will leave us fully satisfied and at peace.

Photo by Milan Popovic on Unsplash