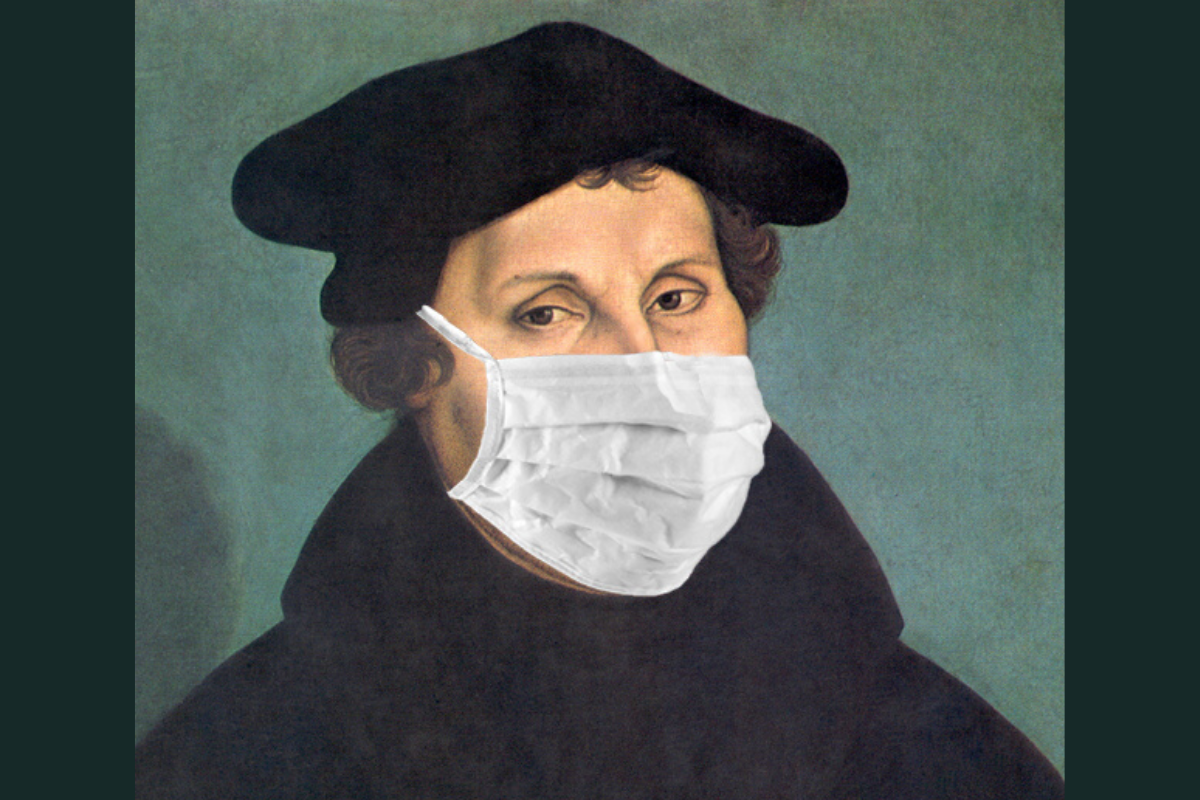 Although Martin Luther wrote it nearly 500 years ago, his advice on how to handle an epidemic is still valid. Trust God and take precautions.

With the "stay at home" orders in place in most jurisdictions in the United States, there's a question as to whether religious organizations count as "essential" activities and whether they should continue to meet. Enforcement seems to vary, and Michigan, which strictly prohibits groups of more than 50, has promised not to prosecute religious groups that meet.

The reality is, COVID-19 is a deadly virus that spreads through human contact. Short of some direct supernatural intervention, religious groups are not immune. The Christian tradition recognizes that one should not "tempt God," or commit the sin of presumption, by unnecessarily engaging in a dangerous activity in anticipation that God will provide protection. However, some churches continue to meet as they did before the outbreak, potentially exposing attendees and those with whom they come into contact.

Some have expressed that the ban on gatherings is consistent with an apocalyptic vision that foresees persecution near the end of time. Still, the reality is that churches throughout history in various places have been exposed to plagues and have taken steps to protect congregants.

Martin Luther, who was no stranger to the plagues of the Renaissance, wrote a lengthy letter (published here in its entirety by The Lutheran Witness), to address a theory that some had that Christians should not run away from a deadly plague. Luther characterized their view that "since death is God's punishment, which he sends upon us for our sins, we must submit to God and with a true and firm faith patiently await our punishment. They look upon running away as an outright wrong and as a lack of belief in God."

Luther acknowledged their level of faith but strongly disagreed with their intent to stay and face the plague. He wrote, "To flee from death and to save one's life is a natural tendency, implanted by God and not forbidden unless it is against God and neighbor…."

Luther wrote, "Use medicine; take potions which can help you; fumigate the house, yard, and street; shun persons and places wherever your neighbor does not need your presence or has recovered, and act like a man who wants to help put out the burning city."

Of those diagnosed, Luther wrote, "Moreover, he who has contracted the disease and recovered should keep away from others and not admit them into his presence unless it is necessary. Though one should aid him in his time of need, as previously pointed out, he, in turn, should, after his recovery, so act toward others that no one becomes unnecessarily endangered on his account and so cause another's death."

"If in the Old Testament God himself ordered lepers to be banished from the community and compelled to live outside the city to prevent contamination [Leviticus 13–14], we must do the same with this dangerous pestilence so that anyone who becomes infected will stay away from other persons, or allow himself to be taken away and given speedy help with medicine."

Although it is nearly 500 years old, his advice on how to handle the plague is still good. Trust God, and also take precautions. Today we can bless people through absence but communicate in unprecedented ways using modern technology.

If a church were to decide to violate state or local laws and regulations and meet despite the virus, and the leaders faced a fine or criminal prosecution, there might be an argument, when this is all over, that their right to free exercise of religion or assembly was violated. And, depending on specific facts, there is a possibility after litigation that the religious group could prevail and the fine or criminal sanction could be removed. Again, this is very fact-specific, but even if the courts in the future find that the rules against meeting were unconstitutional, the church would have engaged in these activities at substantial risk to the health of those involved as well as to those with whom parishioners might come into contact. Churches exist to spread the gospel, not COVID-19.

Even if it is legal or constitutional, it is not necessarily a good idea. The apostle Paul in 1 Corinthians 10:23-24 (NIV) provides some guidance about what to do when things are permissible but can also be harmful. "'I have the right to do anything,' you say — but not everything is beneficial. 'I have the right to do anything' — but not everything is constructive. No one should seek their own good, but the good of others."

There are issues concerning religious liberty that we continue to monitor, including what legal elements impacting freedom of speech, free exercise of religion, assembly movement, and finance may remain in place once the virus has passed. But that should not distract us from the current need to stay safe.