Poetry in the Time of Pandemic

Poetry in the Time of Pandemic 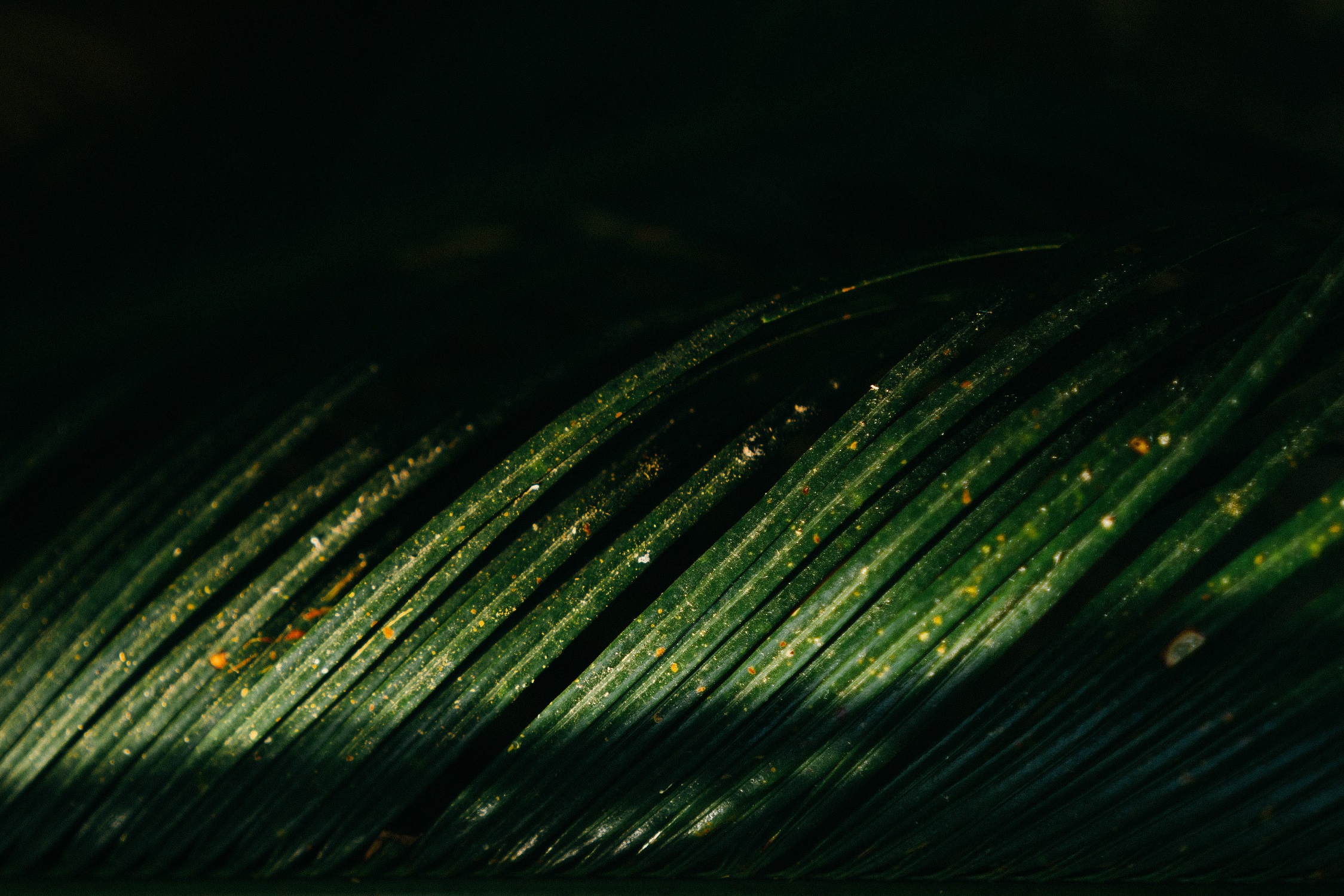 I have a little handwritten book of some 38 poems by my grandfather, Pastor Hubert L. Tolhurst, who was a missionary in Tonga for three periods between 1915 and 1941, totaling some 19 years. In this year of worldwide pandemic, so similar in some ways to that other pandemic a century back, in which his first wife Pearl perished, I thought I would share two poems he wrote about that loss, and the cost of commitment and service.

The loss of his first love and wife remained with him till the end of his days. But he remarried to Pearl's younger sister, Elsmer, and she served with him in Tonga for 15 years, and was the mother of all his children. It was their great joy in later life that all their seven children remained faithful to the Lord and His church, and all of them spent all or part of their lives in the service of the Church, as did many of their grandchildren. These poems were written between 1957 and 1965.

The first is short and sums up in a few words what sacrifice means. It was written in 1960-65 (he must have refined it over those years!). Grandpa's own mother died in Parkes (New South Wales, Australia) about three months after they left for Tonga — he only learned of her death three weeks later. And Pearl died in Tonga without ever returning home, on March 14, 1919.

But loth am I so far to go.

As you grow old, I'd fain be near,

To aid you when your step is slow."

When you left home I knew 'twould be;

And you'll return again some day,

And then, perhaps, be nearer me."

So off we sailed, my Pearl and I,

And never saw our parents more.

Within three months did Mother die,

And Pearl sleeps on a coral shore.

The second poem is very long, and recounts their joy in service in Tonga, but also the events and struggles they had with the Spanish Flu, as first one then the other became ill, appeared to recover, relapsed, and eventually over months, Hubert survived, and Pearl did not. The poem was written retrospectively during the period 1957-62.

As Thoughts Turn Back Along the Years

As thoughts turn back along the years,

To bring their joys and sorrows near,

From out the misty past appears

The form of one to me so dear,

That passing time can ne'er efface,

Or dim, the image of her face,

And charm of unaffected grace.

With satisfaction I recall

Her gift of kindly service rare,

Which earned the warm esteem of all

On peaceful isles, through years of strife

She lived, and worked, and gave her life.

Her rippling laugh and tuneful voice

Come ringing down the years to me,

No more to make my heart rejoice,

Or wound it, with their melody.

Though oft they brought a poignant pang,

And round our home her laughter rang.

Come back along the way with me,

To that far day we put to sea,

With joy that scarce suppressed our tears —

For Christ the future, but ashore

We sailed far out, where tropic day

And orange blossoms scent the breeze;

Spread o'er those seas for miles and miles,

'Mid scenes of island beauty there,

Upon the shifting sands of time:

The treasures that with zeal we sought

Were precious souls, whom Christ had bought,

Including girls and boys we taught.

So hand in hand we walked awhile,

So short a time to me it seems,

Upon a verdant tropic isle,

Our future bright with happy dreams;

And in our hearts there rang a song,

As on life's path we swung along,

For we were young, and we were strong.

Then old "Talune," nosing through

The coral seal-lanes on her run

And ere her island trip was done,

Had spread it round from port to port,

But no-one had an anxious thought,

Or realised what she had brought.

A few days later, at our door,

A Tongan horseman reined his steed,

In urgent accents to implore

That I at once with him proceed,

For in his village, three men lay

Upon their mats in sad array,

Of some strange scourge the hapless prey.

And so with him I rode along,

To give some help that summer day,

Nor dreamed that in that house ere long,

Five pairs of eyes would close for aye;

And thrice on mercy's errands sent,

To that sad stricken home I went;

And then I too felt ill and spent.

Had I refused the aid he sought,

For those in need of it that day,

The malady had then been brought

To me and mine some other way:

It mattered not, for weal or woe,

To those who went to meet the foe,

And those who stayed, afraid to go.

The pestilence so quickly spread,

It seemed to ride the very breeze;

And soon were scores of victims dead,

And hundreds stricken with disease.

In scarce a home no sick ones lay,

As mourners bore their dead away.

Or ere its ruthless course was stayed,

Sad faces all the people wore,

As death held sway from shore to shore.

Of those who in our village dwelt,

The first was I to be attacked;

But soon we both its fever felt,

And by its pains were sorely racked.

And as for days we helpless lay,

Old Moses from across the way,

Refilled our water jug each day.

And when from normal speech I strayed,

My wife arose and treatments gave.

As her condition changed to grave.

So thus did fate our roles reverse,

The nurse the patient — only worse.

For came a day when I awoke

And to my tortured heart they spoke

Of peril for my partner dear;

Her lips by fever parched and cracked,

Her racing pulse that never slacked,

And gasping breath for air she lacked.

With hydrotherapy and prayer,

The crisis passed, and she improved;

But still, despite the utmost care,

For months some fever e're remained,

That rapid pulse was ne'er restrained,

Her wasted form no strength regained.

How oft at night, through anxious hours

She choked, or coughed her strength away;

And then what weariness was ours,

As, unrefreshed, we faced the day.

No doctor's skill was at our call,

But now, as I her plight recall,

I doubt one could have helped at all.

I asked one day where we should go,

When health returned, and strength revived.

She longed for home, but wished to know

Within three days she passed away.

A sudden gasping sound I heard,

And quickly stood her bed beside,

But not in time for e'en a word

Of farewell message, ere she died;

For thought I came on speeding feet,

Death's work was rapid and complete,

And her brave heart soon ceased to beat.

For months did hope my fears repel,

But with that hope forever past,

A grief too deep for words to tell

But when in sorrow's night we mourn,

A brighter hope, of heaven born,

To bear her to her place of rest,

And eagerly that favour shared.

The Tongans said I must be brave,

And take the service at the grave —

A talk on endless life I gave.

The ever-restless sea beside,

The village where she lived and died.

But with the Lord's redeemed who sleep

In dusty beds and mighty deep,

Good friends upon a neighb'ring isle

Inviting me to rest a while,

Away from scenes of stress and grief.

So gratefully to them I went,

Who ne'er could know how much it meant

Of comfort and encouragement.

My waiting school now beckoned me,

And occupied my time and care,

Till came a call across the sea

From my Australian homeland fair.

But twice I back to Tonga went,

Where many happy years were spent,

In mission work and management.

Near twenty years have hurried by

Since last we left the Tongan scene,

And long we've ceased to wonder why,

Or sorrow over what has been;

For all that comes, of good or ill,

Permitted is by God's good will,

His purpose for us to fulfil.

And gone forever with the past,

Are joys and sorrows tasted then;

To life beyond the tomb at last

We look, to meet our dead again.

The grave cannot its victims keep,

For death is not eternal sleep.

With such a hope, we ceased to weep.

(after this, he penned an additional verse):

I cease to weep for her asleep

Out there across the stormy main

Around those isles of joy and pain.

A sister dear of hers I wed,

And back to Tonga we were led,

For years those coral paths to tread.

These poems were written by Pastor Hubert L. Tolhurst and shared here with permission of the family. The introductory paragraphs were written by his grandson, Colin Richardson, a retired pastor in New South Wales, Australia.

Photo by Sereja Ris on Unsplash