The Paleness of Winter Light

The Paleness of Winter Light 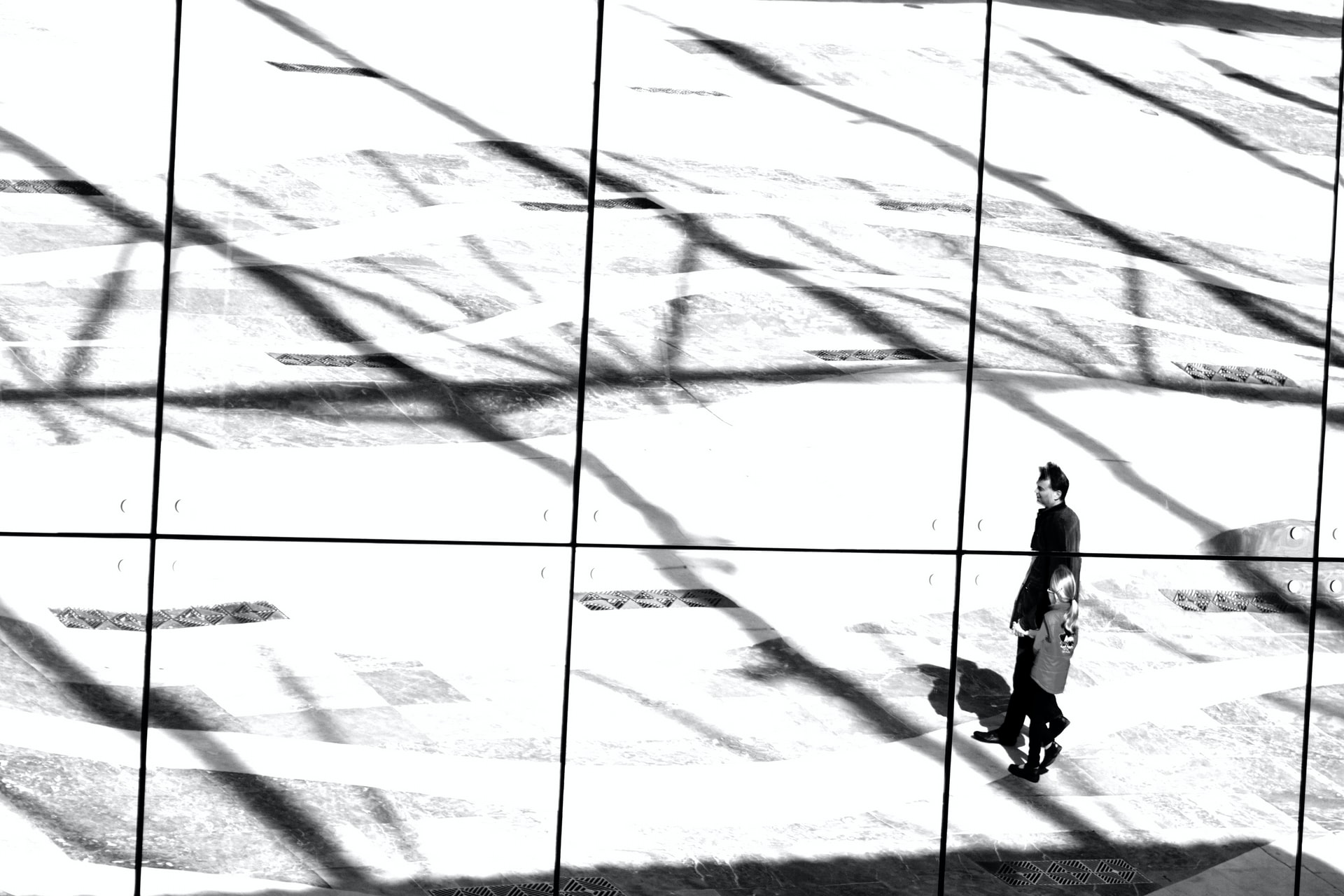 “Describing the indescribable / Image into idea/

the transmission of the spirit / It cannot be done.”[1]

I have often been required to name my race on forms. Sometimes I have paused to regard the labels for other races. What if I were to check another box, say, Hispanic, Asian, or African American? What does it mean if I check the “Caucasian” box? What’s in these labels or categories that gives them such power to define my identity? What is a “Caucasian”?

In the early part of my life my racial identity did not figure into who I thought I was. It was only noticeable to me when it contrasted with others, and since there were very few people of color in my small Northern California college town, being white was as remarkable as having elbows. I did not think about who I might unconsciously threaten or intimidate by my whiteness, who I might offend, who might fall silent around me because of my race.

In the Sixties, with the social culture exploding around me, I began to realize the complexity of color as an identifier. I had thought of whiteness as the absence of color, almost a deficit of interest, a blankness. White was neutral. At least I thought it was.

On the other hand, Black Americans were pushing back on the sinister associations with the word “black.” “Black is beautiful,” they asserted. They shifted the subject for me from a position on the color wheel to a cry of pride in one’s own self, a challenge to deeply embedded fears about darkness: Blackness as sin, as treachery, as dangerous, as shaming, as the binary opposite of whiteness. Here was a way to flip an imposed weakness over to strength, all the more impressive for being claimed by those who had suffered under these slurs.

I began to see whiteness exercised in multiple ways. Some believed being white meant they were innately superior. Even though they might have left school after the eighth grade, they assumed the right to call a Black, Harvard-trained psychologist, “boy,” a man two decades their elder.

There were others who believed that the rights of white people were under attack. They thought of themselves as defenders of the status quo — the culture that white people had built — with an obligation to preserve it for the good of Civilization.

There were those blithely secure in the assumption that being white meant a certain status and privilege, words that would never occur to them because they had never questioned their right to that status. They liked Black Americans. They had no quarrel with them. They even knew some.

My identification, if any, was to nationality. I was Canadian, born to a man whose father was from Yorkshire. I was one generation away from being English. Despite the fact that by my teens I had lived in America longer than I had in Canada, my identity, such as it was, stood on the thin pedestal of my “green card,” something that made me different. A difference I chose from amongst the necessary facts.

When I went to college in England for a year in the early 70s, I felt like I had found my place at last. That was youthful enthusiasm pouring out of someone who had never really been away from home. But a good deal of it was a sense that I was connecting with a place where my relatives had begun their lives, in a country whose history held me in thrall. I was completing the circle. I felt like I belonged to a place for the first time.

During that year, I fell into conversation with a skinhead on a train platform in a town north of London. He was waiting to join his friends, coming on the next train, to support their football team on an away game. While we chatted, a Pakistani man walked past. This fellow shook his head disgustedly and muttered something about “the wogs.” When I asked what he meant, he was surprised. “It’s keeping England for the English, innit?” he said. Then he looked at me curiously. “Aren’t you proud of being white?” I glanced at him to see if he was joking. He was not. His train arrived just then with a rush of wind and a screech of brakes and he clambered aboard before I had a chance to answer. Just as well: my mouth was gaping like a fish and I was speechless.

“As a botanist can recognize the whole plant from one leaf,” said the philosopher Schopenhauer, “…so an accurate knowledge of a man’s character can be arrived at from a single characteristic action…”[2]

On the basis of that, I could confidently predict that my new acquaintance and his friends, upon arriving at their football game, would begin the aggravation they were known for as a group, leading to flying fists and possible arrests. Or I could admit that my stereotype of them, while efficiently saving time, could never be relied upon to truly characterize any one of them. The same could be said of his memory of me.

I remember a friend of mine in college, a Japanese American, born and raised in California, who spent a year in Japan, mostly to discover if he was Japanese or American. It wasn’t easy for him. People on the street in Tokyo spoke to him in Japanese, which he understood but couldn’t speak. When they discovered he couldn’t answer them, he said their confusion sometimes turned to contempt. No matter how much he wanted to inhabit his Japanese body authentically, it seemed he was an American. He was a California American to the Japanese; he was not quite American back home in California.

The undoing of these Gordian knots was brought home even more forcefully when I asked a Japanese American reporter for the Baltimore Sun to speak to my Intercultural Communication class. I had read his contribution to a collection of essays about being Asian in America, and since he lived not far from our college near Washington, D.C., I invited him to speak to my students.

For many years he was the only Asian American journalist at a major newspaper in America. At a press conference, Spiro Agnew singled him out by calling him “a fat Jap.” At the time, Agnew was the Governor of Maryland. This man gritted his teeth and put up with years of racial jokes and slurs.

He told us he had spent most of his life wanting to be white so he could fit in and not have to respond to being Asian. It wasn’t until his daughter got her PhD in Asian and gender studies, that he finally confronted his own identity. She had grown up seeing her father’s silent humiliation for years and she urged him to go to Japan and find his place.

He went but returned even more confused. He told us — and he actually teared up in the telling of it — that he felt like a man without a country. He wasn't fully Japanese and apparently, he couldn't be a full American. Well into his sixties, he was still coming to terms with a lifetime of racism. He told us he had some choices to make about how to deal with it. While progress had been made in breaking down barriers for people of color, much of that had come after his retirement. So, it was up to him to make a place in America for himself.

Racism is never only about color. That is simply code, in the shallowness and impatience of white supremacist thinking, for dominance, color being the convenient plumb line by which everyone is measured.

If we are going to define downward the identity of people by their color, how cruelly ironic it is that in the absence of color whiteness is presumed to be dominant. On the other hand, if we whites claim that color does not matter, James Baldwin asks how many white people would choose to be Black.

As a straight white Christian male, I realize I tick all the boxes of a full-blown stereotype for some of the deepest pockets of prejudice in our time. If it is true, as Schopenhauer believed, that we characterize each other from one action, then my very existence will inevitably, if inadvertently, be seen as racist or sexist or exclusionary to someone, somewhere. And if that is true, how much more true is it that Black Americans today are subject to racist stereotypes that can get them killed.

The darkness that we face when we look within our own humanity, is met by the compassion of God-in-Christ, whose life and death call us to judgment. The darkness within us stands as judgment against us; we are capable of more than we think.

If there is truth in this moment in the Church, it must be that we see clearly the fear that distorts our vision as we regard each other. This is not a time for a glossy triumphalism that merrily denies our sin, but neither is it a time for sullen withdrawal. If we have the courage that Christ’s forgiveness can infuse us with, we can turn again and begin to make good on the promise that “they may all be one.”

Habits can be broken, and new actions can be nurtured. We can choose to stand apart from the twisted thinking that has mired many white Christians in sanctimonious prejudice through the centuries. We can, through friendship, hear and see how the world turns to look at persons of color. Or how it doesn’t.

We can, through the grace of God and our deepening and humbling education together, become dead to the legacy of white Christian racism, baked into the foundation of the American evangelical tradition. It may be a “hard and bitter birth,” but we can be born again. We may instead choose to live under an ancient idea, fresh for every follower of Jesus, that our “life lies hidden with Christ in God.”[4]

Photo by Quino Al on Unsplash