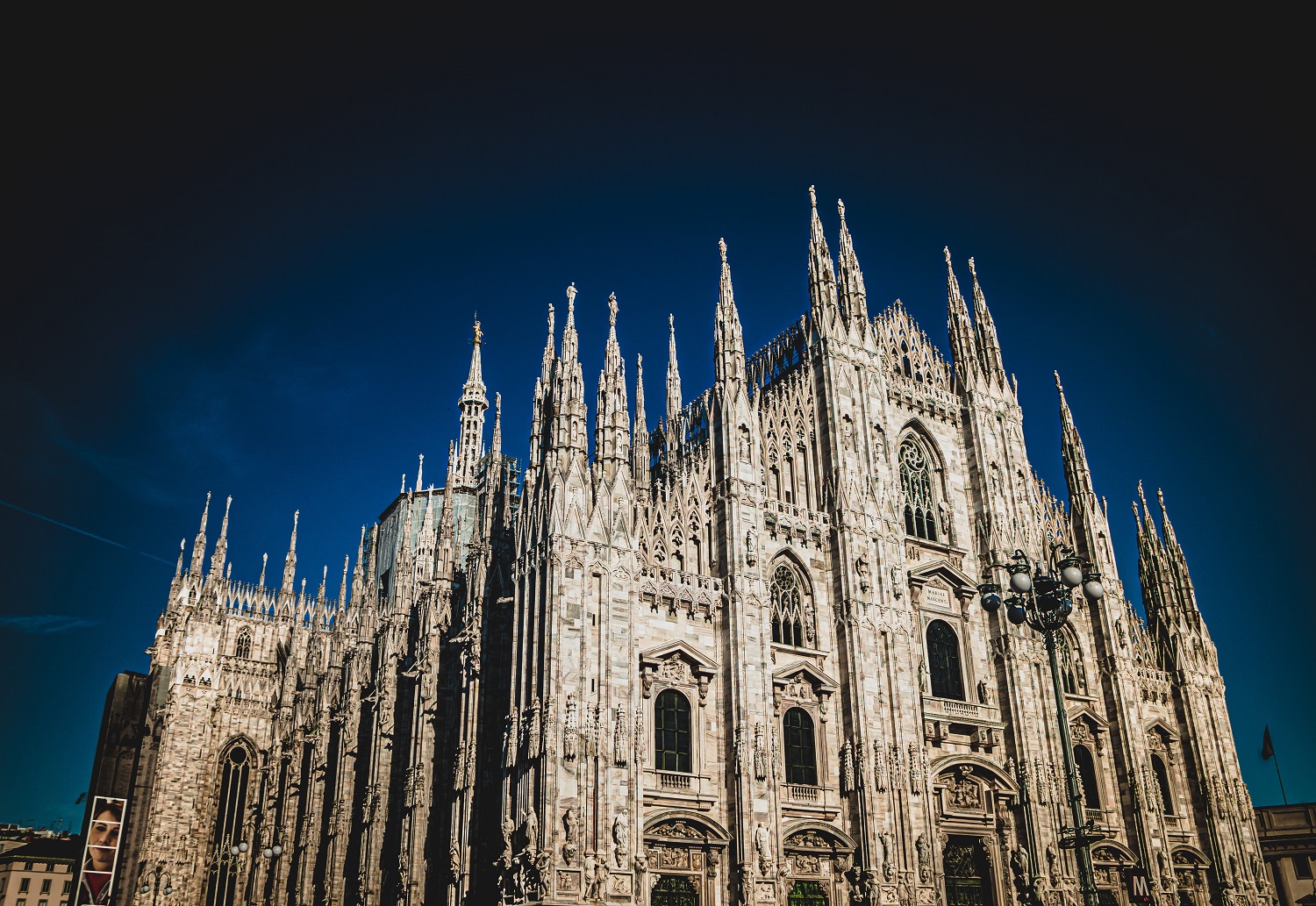 “But observe what a poor service one renders Christianity by doing away with the possibility of offense and making it an amiable, sentimental paganism.”[1] —Soren Kierkegaard

More than any other relationship that asked of us honesty, endurance, and humility, our relationship with Christ turned us inside out, caused us to question our version of reality, brought us up short when we examined our motives.

And so it should, for there was no one to whom we, the original Twelve, could compare Christ. Having given himself into the hands of God, he remained solidly here among us, visible but not definable, offering words that slid past us like melting ice, vanishing even as we clutched at them. Yet somehow, they burned themselves into our memories, to be recalled and spent in the moment, with effects on others that we recognized, but only later understood.

Soren Kierkegaard, that contentious, brilliant, and caustic Romantic of 19th century Copenhagen, wrote his most accessible book, Training in Christianity, not long before he died in 1855 at the age of forty-two. In it, he contrasted Christianity with Christendom, with the latter receiving his everlasting scorn.

Christendom, said Kierkegaard, was the smoothly accommodating cultural partner of the world, consonant with citizenship, demanding nothing of its members, offering no critique against the shallow perversity of society. Christianity, on the other hand, as defined by Kierkegaard, was a narrow path for the one who was not afraid of martyrdom. The one who rose to the standard he called “the knight of faith.” Kierkegaard was alert — some might say, obsessively so — to those who misunderstood and mischaracterized him. He addressed himself to “my reader.” The singular noun was intentional.

In Training in Christianity, Kierkegaard insists that unless Christ gives offense, he is not really the God-Man. It’s the method and direction of his communication that makes the difference. Christ asks his disciples directly, “Do you believe?”, a question they cannot avoid to his face and will answer positively. But for today’s disciples, asserts Kierkegaard, Christ asks indirectly, putting them to the test. He hides himself, speaks through his absence, so the individual disciple really must choose, must make a decision to trust or not. This inward, indirect communication of Christ to the believer is the real test of faith. Kierkegaard’s attack on Christendom was over making Jesus, as the God-Man, too tame, a being without offense, for whom we do not have to sacrifice, over whom we are not tested, and therefore do not have to exercise authentic faith.

This astringent Christianity is, for Kierkegaard, the only true type because it requires a leap of faith that is not supported by any rationalization. That is the only kind of faith which is genuine, he says, because it is not reliant on the crowd nor on our preferences nor on a dilatory choice among a buffet of options nor on a syllogism of logic within a tidy system of thought. On the contrary, this faith requires everything of us: “Let us go and die with him.”

I have been scratching the itch that is Kierkegaard for many years, ever since I first read him in college. For a young person just beginning to own his Christianity, SK (as he is known in the philosophy trade) is thrilling. He doesn’t have the coruscating cynicism toward religion that Nietzsche has, but neither does he have the startling clarity and immediacy of Nietzsche’s aphorisms. What he does have in everything he writes, is a singular focus on faith as the passionate commitment to Christ above all else.

The tension is between the individual following Christ and the church that bows the knee to the ruling culture. The Danish Lutheran church in SK’s time was a branch of the state; it would not bite the hand that fed it. As he saw it, the official church was lost, irredeemable — and even worse — placid in the face of its idolatry.

In SK’s time, to be Danish was to be a Christian — and that was deeply offensive to him. Christianity was not our birthright nor was it included as a signing bonus in our citizenship papers. It was always and ever to be a decision made regardless of the cost, in which one threw oneself across the void to be caught in trust by God’s grace in Christ. A stark and clear commitment.

For the Christian, this is a perennial question. How are we to relate to the world? We are in it; as humans we belong here, yet we are called to live on the border between the immanent and the transcendent. We are to love the world in all its broken, weary beauty — but to remind it that its ways are broken, that justice must lift up the powerless, and that its power plays are tragically and irreversibly flawed.

Christendom assumed Christ was in the past, safely subsumed under the weight of history, culture, military might, ritual, and shrewd thinking. We could look back on him, almost nostalgically, at Christmas and at Easter, and admire his stalwart dedication — without considering that his whole life, and especially his death, was an electrifying call to us to change our lives.

For Kierkegaard, we are to be “contemporaneous with Christ,” nothing less will do. Christ is the present tense of God and about him a decision must be made — today.

But in contrast to the mind-set of our time, Kierkegaard refuses to be seduced into the autonomy of the self-made person. He has seen his own weaknesses; he knows there can only be solace and strength in casting his lot with the Christ who, through love, bore everything the powers could throw at him. In his Works of Love, published in 1847, he brings us to the inmost heart of the Christian experience in a series of reflections or “Christian discourses” on God’s gift of love to us. As with all his other writings, these reflections are meant to provoke action and change in our lives.

“The most mediocre defense against hypocrisy,” he says, “is prudence… The best defense against hypocrisy is love… This also is a fruit whereby love is known — it secures the lover against falling into the snare of the hypocrite.”[3] But Kierkegaard knows that the fruit of love in a person develops slowly; there will be setbacks and discouragement. We will be tempted to give up and to turn bitter when loving our neighbor as ourselves does not come easily.

“But now we return again to the first point and say, repeating: believe in love! This is the first and last thing to be said about love if one is to know what love is.”[4] He continues: “If mistrust can see something as less than it actually is, love also can see something as greater than it is…”[5] If we are happy to see the fruits of love in ourselves or in another person, he says, it is still more blessed to “believe in love.” To go back to the beginning, to ground ourselves in the belief that God loves us, no matter how meager the fruits of our love, is to enjoy the upwelling of the Spirit in our lives.

“Therefore the last, the most blessed, the absolutely convincing evidence of love remains: love itself, which is known and recognized by the love in another. Like is known only by like. Only he who abides in love can recognize love, and in the same way his love is to be known.”[6]

Kierkegaard’s prophetic message against Christendom and for the rise of true Christianity is a message for our time. The Church should always, whether it acknowledges it or not, be in a prophetic tension with the world. At times, it may assure itself that it has power enough to contend in the arenas with the other players. But this is an illusion. On the other hand, it may attempt to keep its head down, to pride itself on a demeanor that allows it to move unscathed through the world. But this, too, is illusion, since it is more likely that the powers — political, military, technological, entertainment — regard it within a spectrum from condescension to indifference. The Church must steadfastly renounce the temptation to claim power that would coerce, for it has been called to announce the liberation of the captives — everyone of us — through God’s grace.

For individual Christians, this Christianity may be daunting. “Our uncertainty,” says Rowan Williams, “about the degree of our responsibility need not be cowardly or self-deceiving; it can be an honest acknowledgement of the way in which reality, even human and personal reality, resists the mind’s desperate attempt to organize it reasonably.”[7]

When we look at the world going up in flames, we may despair of ever seeing a day when new growth will spring up from the bomb craters. “All that can be done is, again and again, to refuse the temptation to rationalize, and turn to the compassionate Word of God,”[8] says Williams.

For our courage — as humans and as Christians — will rely upon the nobility of our humility in finally turning to God’s grace. It is abundant and all-encompassing, but it is not cheap.

Photo by Moe on Unsplash