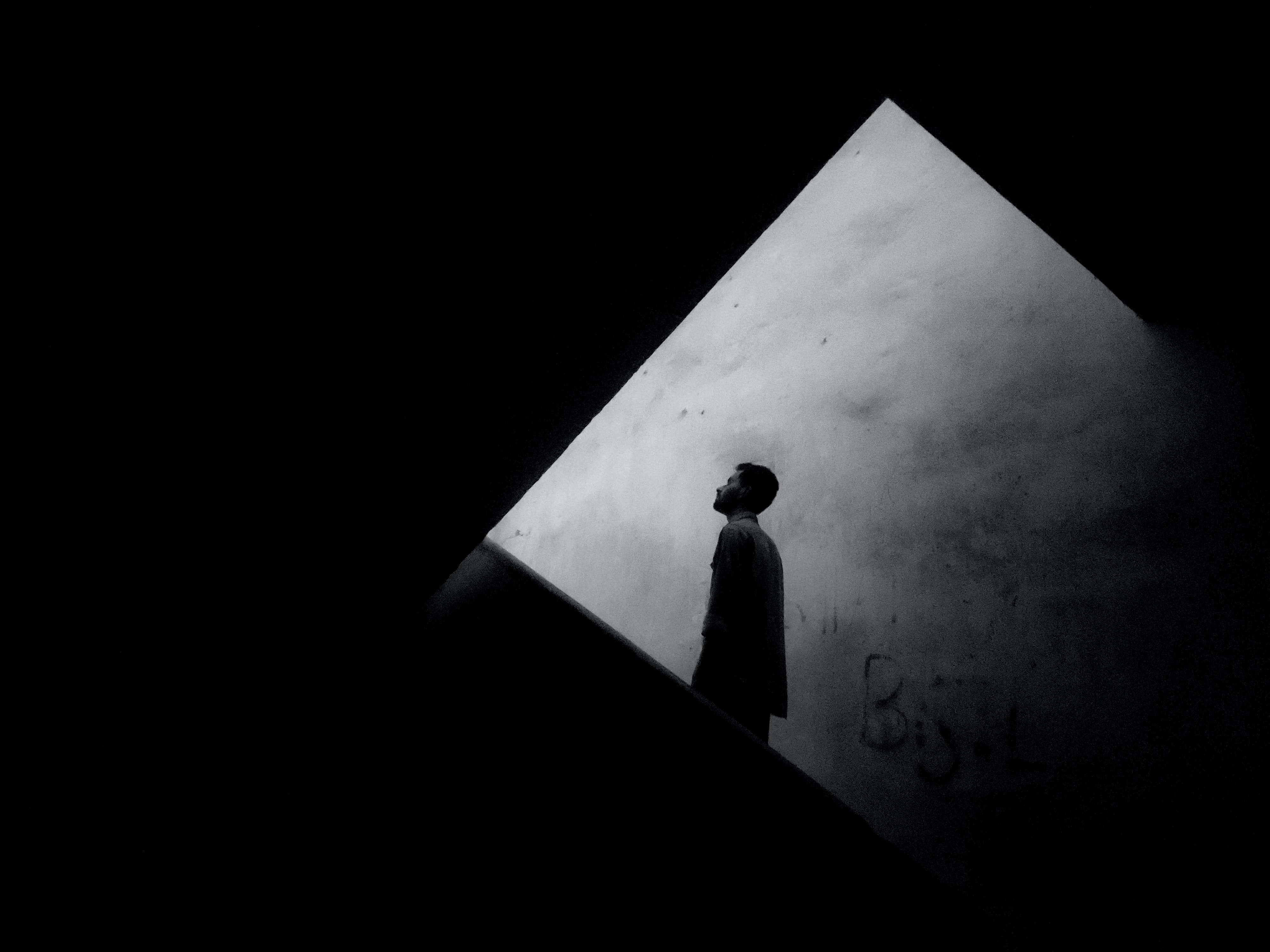 The epigraph is from Albert Camus, a writer I have long admired. Something like this provokes questions. Are Christians really pessimistic about humanity? Do we place all our eggs in an eschatological basket? If you’re kind of a glass-half-empty sort of person to begin with are you already at a moral deficit as a Christian?

My difference from Camus is with the word “optimistic.” It has become a catch-all term for positive feelings about the present, but even more so about the future. Optimisms are the training wheels for hope, a deeper, more substantial, virtue. Optimism may be a mood, a sparking fizz in the moment. Hope is the marrow in the bones; without it we cannot fight off the infection of despair.

But Camus did not hold hope of the kind seen in Christians and Christianity. His was a sensual consciousness, an eros of the sun, sky, sea, and mountains. He loved this Earth in part because it is all we have. He was fiercely protective of it. It makes you wonder what he would have said — and done — had he lived to see the evidence of climate change.

I’m not sure a lot of Christians feel the same way about the Earth. At least within my religious community, a robust theology of creation gives way to the dry orthodoxy of a literal six-day creation and a young earth.

But as I was saying: Hope is so much a part of the Christian ethos that it’s almost heresy to admit a certain pessimism in one’s temperament. Someone — maybe Nietzsche — said all philosophy is biography. If you understand the context and history of a person, you can see how their philosophy of life flows from their origin as surely as a river can be traced back to its spring.

Hope’s source is external: it comes to us from somewhere, someone, else, but it answers a deeply felt need. Optimism, I think, is generated from within. It’s not the same as hope. We foster it, like we induce the feelings of sadness and respect at the funeral of someone we barely know. We’re optimistic when we need a lift of the spirits. The sun will come out tomorrow, we say, when all is gray around us. But in traffic, amongst the distractions of our lives, optimism can dissolve when met with obstacles and delay. It’s like when a politician emerges from budget talks and says to the press, “I am optimistic that we’ll reach a deal soon.” She’s really saying, “We’ve got nothing, we’re at a complete stalemate, but I’m putting on my brave face.”

Delay, now there’s a trigger word for Christians. We’ve been struggling with delay since Jesus said, “If I go and prepare a place for you, I shall come again and receive you to myself…”[2] It was enough of a question in the earliest Christian communities that Paul reminded the believers in Thessalonika that “the Day of the Lord comes like a thief in the night.”[3] He asked them to go about their business with a sober mind, armed with faith and love. When the Lord returned, if they were alive to see it, they wouldn’t be caught out like everybody else, but they’d look up with joy and say, “Good! You’re here, we’ve waited for you.” Until then, said Paul, “hearten one another, fortify one another.”[4]

Paul’s observation that, “While they are talking of peace and security, all at once calamity is upon them,” gets warped in Christian circles in truly disastrous ways.[5] Thus, peace-making becomes defiance of God’s will, as if Christians joining with others to bring about peace and justice is a betrayal and an obstruction of God’s world-ending plans. This is like saying that drawing a bath for the baby reveals an intention to drown the baby.

The fact that efforts at peace and justice are often thwarted is no reason for Christians or anyone else not to try. This gospel imperative to work toward resolving conflict in order to create conditions in which justice and mercy can flourish is bedrock to true Christianity. It is hard work. It does not come naturally. It is, in fact, a discipline that we take on ourselves as humans. For people of faith, whether that be faith in God’s justice or faith in upholding human dignity, this is crucial. And it is deeply engrained with hope.

Having faith is what sustains us to act in life. We have faith in each other, we have faith in God, we have faith in ourselves. Faith is good. What makes the difference, said Paul Tillich, is what we consider our ultimate concern. Faith as ultimate surrender is directed toward that which is ultimate. In Tillich’s theology that would be God. If we make anything else other than God our ultimate concern, whether it be the inevitable march of history, scientific progress, ideologies, church doctrines, or the economic power of capitalism, we will, says Tillich, be betrayed. “They’ll hurt you and desert you. They’ll take your soul if you let them. But don’t you let them,” sang James Taylor.

Christians live like Jonah in the belly of a paradox, said Thomas Merton. We are here in this world where we belong, but we’re asked to put our ultimate trust in a being “whose center is everywhere but whose circumference is nowhere.”[6] “I am with you always,” Jesus assured the disciples, “even to the end of the age.”[7] Forty years later, Paul had to remind his community this was still true. It’s still true today: their faith needed hope then, we need it today.

I was drawn to Camus as a teenager because of his sober lucidity and his courageous agnosticism. He spoke to my doubts and fears in language that was lyrical and without guile. When he looked up from his beloved Mediterranean Sea, he saw no heaven — “above us only sky.” That was a challenge to me. I believed in a new heaven and a new earth.

When his Dr. Rieux stoically cared for the sick and dying in The Plague, and Father Paneloux, the priest, thundered about God’s judgment on the people of Oran, my heart was with Rieux. He did what was right because it was right and because he could not sign on to a religion that condoned the death of children as part of God’s righteous judgment. I couldn’t see it either, but I had no recourse or understanding of anything else at the time.

Camus’ remarks in the epigraph were spoken to the monks of the Dominican Monastery of Latour-Maubourg in 1948. Read in context, they are a swift, but gloved, uppercut to the smug indulgence of Christians and Communists for their optimism. Whether it be based on God or history, argued Camus, their optimism passively awaited a future. In the meantime, the slaughter of the innocents went on while they watched cheerfully from the sidelines.

We are faced with evil, said Camus to the monks. We could spend our time arguing over its source. Or we could do something about it. “Perhaps we cannot prevent this world from being a world in which children are tortured,” he pled. “But we can reduce the numbers of tortured children. And if you don’t help us, who else in the world can help us do this?”[8]

In time, I wrote a dissertation on hope, partly for the same vague reason that so many first-year college students declare a psychology major — because they’re trying to figure themselves out. I was trying to find how hope resists the strangling power of evil, having discovered that a low-grade pessimism was my default position in life. We all, like Paul, bear thorns in our sides.

What I had to find for myself was a view of God-in-Christ that could answer Camus’ critique — and not just answer it but stand in solidarity with it. A perspective on hope that came back from the future to transform the present, that gained its authenticity from suffering and its power from a great love.

Hope and experience: that was the tension that Camus lived within. It’s our experience with reality that so often saps our reservoir of hope. Too many promises made, too many broken, until we determine to live only by what we can do, only what we can accomplish. That is not wrong, it’s better than giving up. But it’s not enough.

Jurgen Moltmann’s Theology of Hope opened my eyes and my heart. Jesus’ faithfulness got him crucified. He embodied compassion to the end, despite his fear and dread. His life and death created a space for God to work in the world and what God did changed everything.

The resurrection was God’s contradiction of everything Jesus suffered — all the humiliation, all the wickedness of evil. “Those who hope in Christ,” wrote Moltmann, “can no longer put up with reality as it is, but begin to suffer under it, to contradict it. Peace with God means conflict with the world, for the goad of the promised future stabs inexorably into the flesh of every unfulfilled present.”[9]

For God’s pilgrim people, whoever they are, who struggle with pessimism — hopelessness by another name — Camus’ sturdy and hopeful humanism is a refreshing counterpoint. As Moltmann says, “Temptation…consists not so much in the titanic desire to be as God, but in weakness, timidity, weariness, not wanting to be what God requires of us.”[10] It’s not the evil we do, but the good we do not do that accuses us. It’s our lack of hope.

In the end, my pessimism still flickers fitfully in the background, but my hope arises, nevertheless. I am promised that I can do all things through Christ who strengthens me.[11] Even better is the assurance that his grace is sufficient for me.[12] That should be enough.