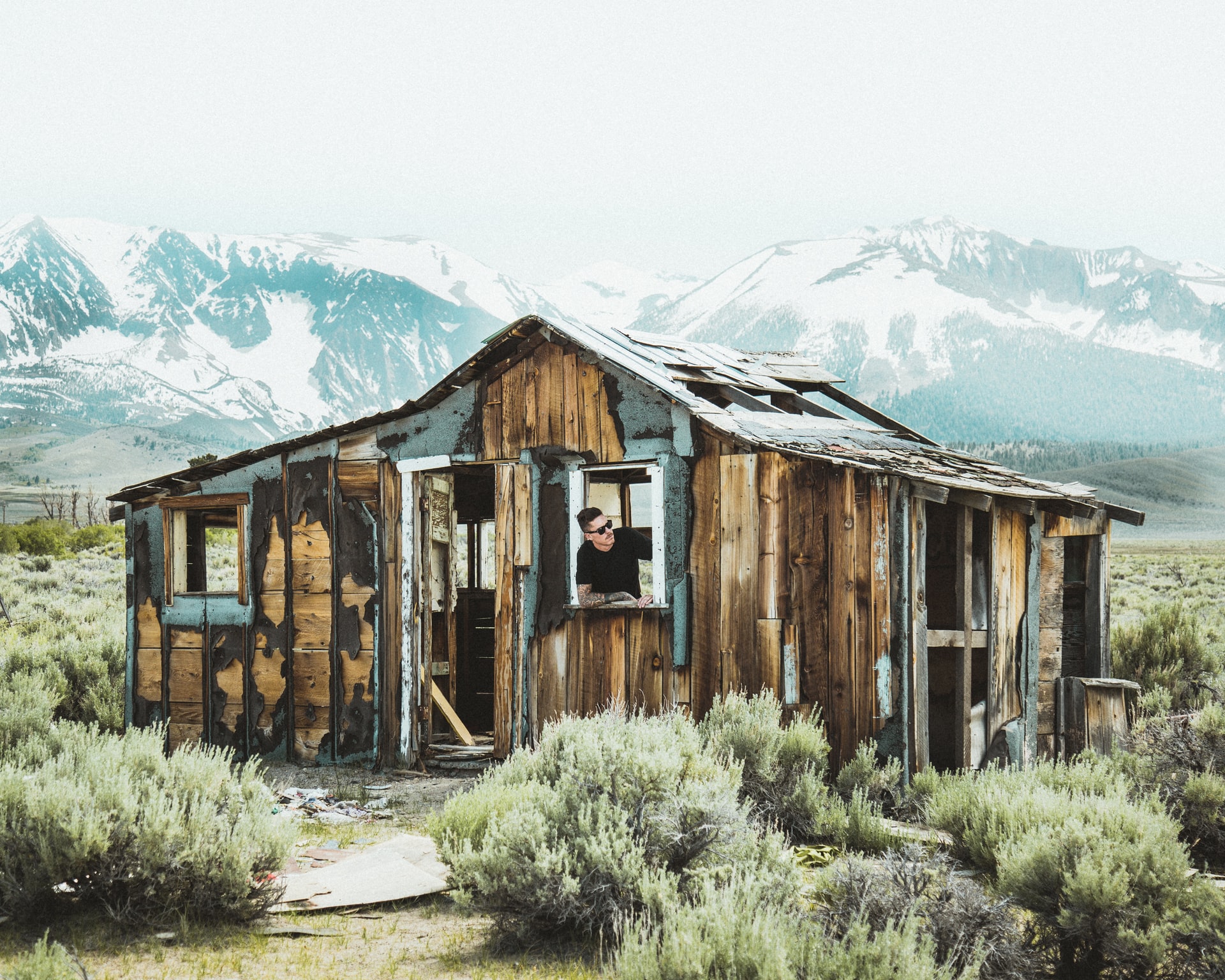 “When an unclean spirit comes out of a man it wanders over the deserts seeking a resting-place…” —Luke 11:23

This unclean spirit, this junior-rank devil, has been evicted from his soul-house, unwilling and anxious, not ready to be homeless, especially since he has nowhere to go but the desert, traditionally the “habitation of demons” who have worked hard and have been rewarded with hot, dry, and vast spaces of their own.

High ranking devils, we may suppose, are riven with suspicion and fury, territorial as hell, not given graciously to incursions by a random, unreliable, mouth-breathing grunt of a devil, incapable of sophisticated untruths or the power to menace, whose current rank is “occupant” — not even advanced enough to give him a voice in Council.

Our devil scrambles through the night, scanning the darkness around him for a cave where he can hole up until he can find another soul-cage to inhabit. He is predictably bitter. The eviction came without fair warning. One moment he was replacing the dust and grime that had gradually been lost, the next he was screaming out through the orifice, wailing about the blast that had ejected him like tobacco juice.

He had made himself at home there for some months. It hadn’t been so much a welcome from the host as it was indifference to his presence. He took the unused back room, carefully arranging the commemorative vials of grime and soot he had collected from the dark, Satanic mills on his tour after graduation from LowPoint Infernal Academy. Truth be told, he’d barely passed his final exams; his advisor had openly sneered at his defense of his major thesis.

But indifference is invitation to a starving first-year associate, and he’d moved in, vowing to wreak havoc, if not full-blown corruption. That would come later, with time and experience. Although he’d tried his best to apply the techniques he’d learned, the last few weeks had been hell. His host had awakened to the fact that his life was aimless chaos and he was chafing to find some purpose.

Our devil had listened with growing horror to conversations overheard that reeked of regret and sincerity. There was an ominous desire to change, and the fumbling attempts at honesty and self-awareness chilled him to the bone. While ejection is the cruelest abuse a host can perpetrate, our devil had to admit he’d naively assumed this holy restlessness was just a passing phase. And now here he was, homeless and vulnerable. The news would travel fast: if he couldn’t find a new host soon, he’d be buffing the claws on some director’s feet with his tongue. Damn, he thought despairingly, it sucks to be me.

There is, in each of us, an unclaimed actor who brings out the worst in us. We can sense it when a quick retort comes boiling to mind, but a more reasoned response must be thought out. The first century called them demons. If that strains your credulity, perhaps “unconscious urges” will do. In any case, there is no shame in recognizing that we frequently act against our better will and that “when I want to do the right, only the wrong is within my reach.”[1]

We are masters of the dramatic arts. Each of us play several roles in life. Not just in the usual roles of personal versus professional, family member versus colleague, but also internally. “The trouble, however, is that we often confuse what we really are with these roles which it is our duty to play. We identify the man with the actor, and in the service of this identification we disguise our feelings from ourselves.”[2] Can we see ourselves creating these roles for ourselves? Are we willing to admit that all of us star in our own reality show, legends in our living rooms?

We are actors, all of us, and most of us cast ourselves in roles we are not prepared for. We are influenced by those we admire, people we love, figures we may hate and fear, idealized images of a projected self. The roles we play often come from some part of us we have not fully explored or understood.

But that’s the way life is; there is always someone offstage whispering, “You’re on! Get out there. Break a leg.” And so we go, tripping, stumbling, crashing into the set, sometimes knocking over the potted plants and setting our hair on fire.

What to do after the house is swept clean of our devils and we breathe, for a little while, the freshness of newly planted fields? What to do after we have made a new start?

It helps to remember that habits die hard. And they die hard another day. And the day after that. We’ve laid down these paths and trod them for so long that — to change the metaphor — we’ll still move through the house in the dark, avoiding furniture that is no longer there and slamming into it where it’s been moved.

Restoration will take time, a continuous work in progress.

Here is Augustine, in a famous plea from Confessions: “My soul’s house is too meager for you to visit; enlarge it. It is falling down; rebuild it.”[3] He is asking his honored guest to restore the very house he has been invited to visit. Nothing will seem natural or easy. Restoration takes place while we are living in it. We will be stepping around equipment and over displaced things. The neighbors will know. It will be inconvenient and could be embarrassing.

“Inside it,” cries Augustine, “are things that would disgust you to see: I confess this, and I know it. But who’s going to clean it? Or rather, to whom else am I going to shout, ‘Clean away from me, Master, the hidden things that are my own, and spare your slave from the hidden things coming from others!’”[4]

He is fully aware that a lot has escaped his notice as the homeowner. Water has been seeping, termites have been gnawing, and rust has not slept. The house could fall apart at a touch. He knows there is so much he does not know about maintenance, much less preventative measures to avoid this dilapidation. Please, he says, do your work.

Will the house remain deserted after the devil is driven out? Luke’s verse points to a vacancy within our soul. The unclean spirit has been cast out and wanders through the desert. The house stands deserted. This devil tires of the desert and wishes to return to its home. When it arrives, the house is clean, tidy, and ready for occupancy again. “Off it goes,” says Luke, “and collects seven other spirits more wicked than itself, and they all come in and settle down; and in the end the man’s plight is worse than before.”[5]

Jesus suggests that an empty soul-home will be filled; the question is, by what or by whom? It is not neutral territory. The devils only need a space clean enough to spoil and destroy. They wouldn’t know what to do with a home.

We must ask, who should be living there? Who is the rightful owner? Who holds the deed? It is us, we ourselves. What God-in-Christ offers is that in gratitude and humility we freely take ownership of this house — our soul, our character — which he has provided us. That we should consider it ours, care for it, make it a home.

Like the disciples on the road to Emmaus who invite the mysterious stranger to stay for a meal and carry on this life-giving conversation, we can invite the Christ into our soul-home. “Listen! I am standing at the door, knocking; if you hear my voice and open the door, I will come in to you and eat with you, and you with me.”[6] An image of recognizing a familiar voice, running to the door, and joyfully leading him in for bread and wine.

Should he make an appointment, a formal dinner date? Or is it enough for us to know that when he’s in the neighborhood he’ll stop by? An open invitation. We’ll set out another plate and make it an evening. He knows when he is wanted.

He will not first step in without a welcome; indifference and a “whatever” shrug is not enough. When he disappears, we can leave the light on and the key under the doormat.

Photo by Dane Deaner on Unsplash