Three summers ago, my wife and I took a road trip with good friends from Norway. We visited the Black Hills, the Badlands of South Dakota, family and friends in South and North Dakota, and eventually Northern Minnesota.

In the Bemidji, Minnesota area, we searched for Cyrana Lodge on Gryce Styne Road. It is a summer retreat and lodge my wife’s grandfather and great-grandfather had built in the 1920s on Beltrami Lake.

We met the owner, made introductions, and shared memories. The owner actually had a copy of a handwritten letter from my wife’s grandfather. The letter described how the small hill next to the lake was leveled in preparation for the foundation of the lodge. The rocks removed in preparation for the main building were used to build a massive fireplace inside the living room. These details were all described in the letter, along with drawings. Inside the lodge was a very long table and benches, all hand-hewn from the trunks of the trees, which had been removed from the building site.

After visiting for about 30 minutes, the son of the owner took us to a large single-car garage. As he opened the garage door, I immediately saw the lines and shape of a passenger car from the 1930s. Upon closer inspection, I discovered it was a Dodge. However, the hood ornament looked surprisingly familiar; it was a Dodge Ram — but this Dodge Ram was unlike any I had ever seen before. It was a two-door passenger car, painted in silver, and in restored in pristine condition. 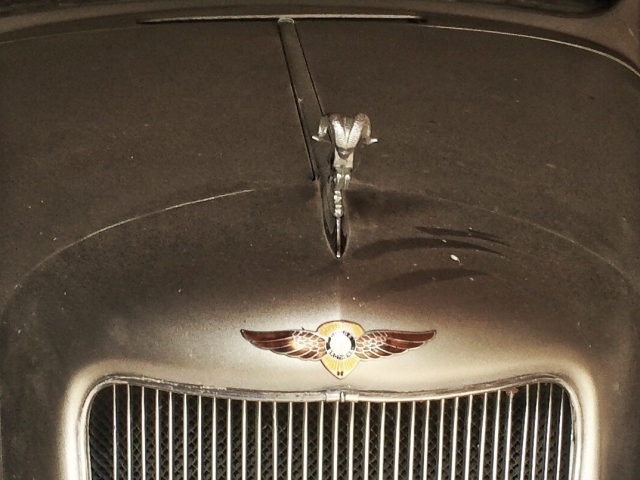 The son and owner didn’t know precisely the model identity. It just so happened that our Norwegian friends had a cousin who worked on a contract basis for the Dodge Corporation for over 20 years. After consultation with others in the business, the cousin was able to identify the car as a 1935 Dodge Two-Door Touring Sedan.

As a Christian, are you — am I — upon first glance, immediately recognized as something different? Something special — similar to a “classic”? Does your lifestyle or the things you do remind others of “classic” Christians such as Albert Switzer, David Livingston, John Wesley, or Mother Teresa? Do people see in you or me the “lines and shape” of the ultimate “classic”? Do we have enough resemblance impelling others to research the hood ornament — to discover the name and character of the original model, Jesus?

Photos taken by the author and used with permission.