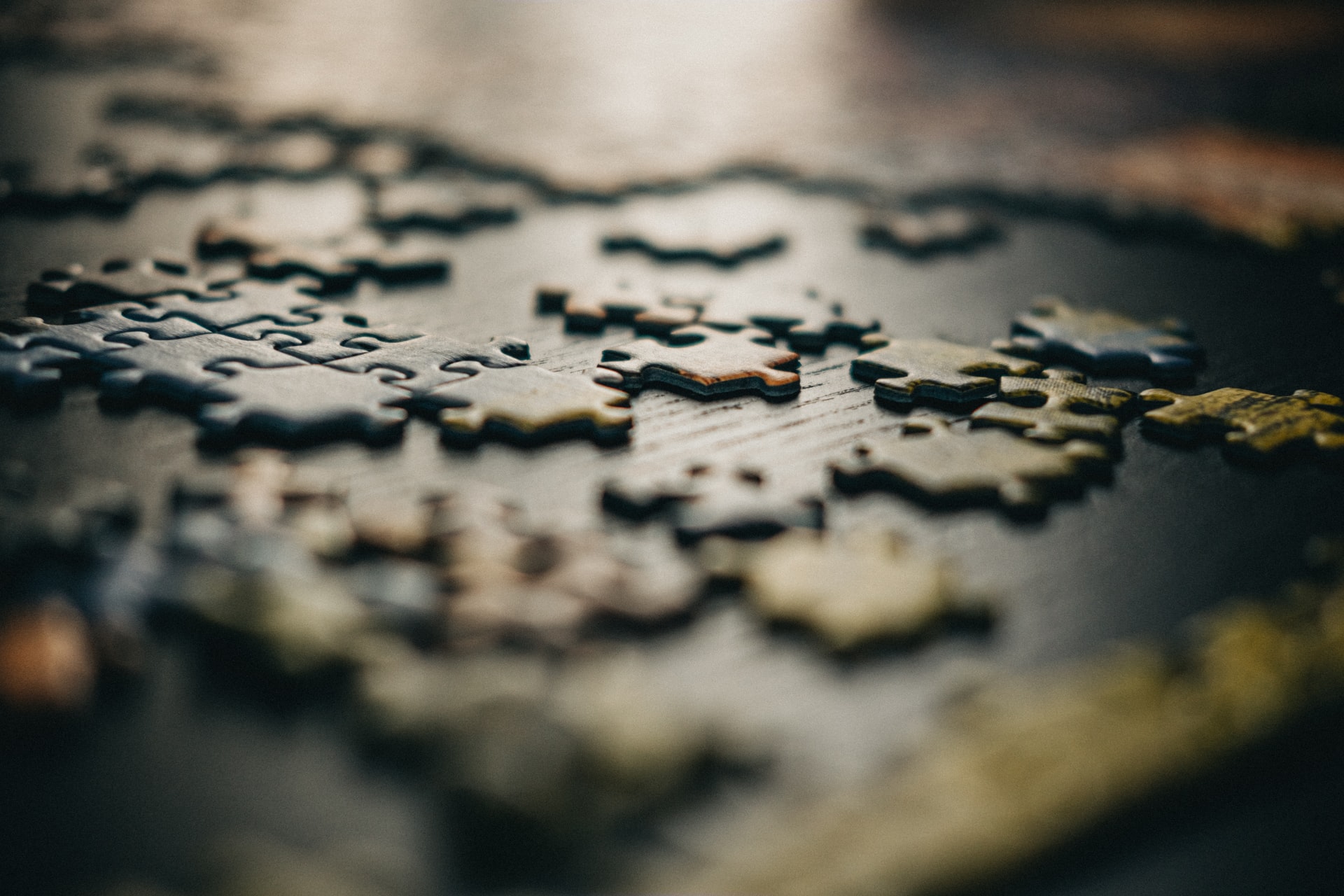 A friend of mine does jigsaw puzzles

of a thousand pieces; fits shapes together

emerges, or animals with eyes as bright

as those of Homo Sapiens, or cities,

or famous faces that seem so true

Respect is due another whose puzzles

are of metagalactic style and form, numbering

a trillion to at least a googolplex intrinsic parts,

all needing nourishment and cosmic maintenance.

Behold, on Planet Earth, an avalanche is really wet,

glaciers glide despite some evil intervention.

Elephants in diminished numbers trumpet yet,

and regal lions roar, while monkeys jet from tree

to tree. But what of Adams’s seed?

the moral code discarded into flames.

Still there are multitudes who kneel in awe

and adoration, whispering, “Connect our edges,

redeem the lost and broken bits before

the final hour, for you alone, creator and sustainer,

are our dear Abba Father. In you, through you,

only you, are any puzzles solved, for Yahweh frames

New Zealand born Mary Trim, who writes as Marye Trim, has a PhD in English Literature (Loughborough, UK, 1998) and studied journalism at the University of Queensland, Australia. She has authored five published books and hundreds of inspirational articles, stories and poems and was a newspaper columnist for nine years, while also working as missionary teacher in India and Thailand. She feels called to writing ministry and sees herself as akin to those “Out of Zebulon, they who handle the pen of the writer” (Judges 5:14).

Photo by Gabriel Crismariu on Unsplash